October 13, 2015
I'm not having the best of days today, so I thought I'd cheer myself up by writing a blog post and watching a good ol' Leverage episode:D

I think I've mentioned this before, but I really love the animated movies Pocahontas and Anastasia.  Unfortunately, a lot of people don't seem to share that affinity.  I think at least part of that is due to the fact that both movies are, speaking from a strict historical standpoint, inaccurate.   And while I have complete respect for the fact that historical accuracy--or lack thereof--has a large bearing on how much many people will enjoy a movie, in some ways I think we can tend to take this too far.  Historical accuracy is a broad spectrum, and it has its place, but when a movie is made "for children" and makes no claim to be a biopic of the historical figures with whom it may or may not deal, shouldn't we be more lenient in our expectations of authenticity? 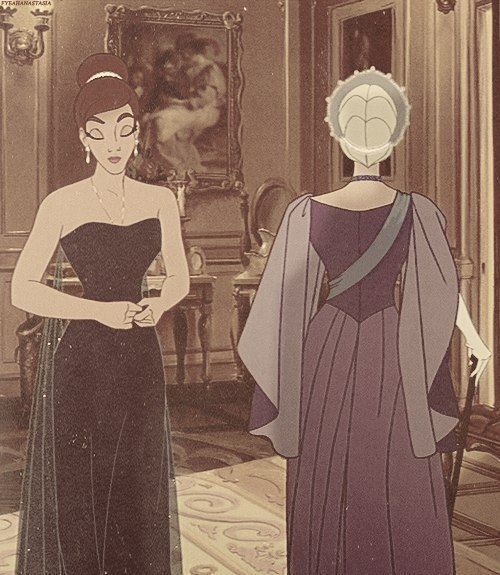 Anastasia hardly follows the real story of the Grand Duchess Anastasia, but there is such merit in the movie.

Fabulously animated, with a chillingly beautiful musical score, and sprinkled with a fantastic cast of characters, the story remains respectful of the facts while presenting us with a sparkling, elegant, emotional picture of what the Lost Princess's life could have been, had circumstances been slightly different.

The film cleverly incorporates historical tenets into the plot.  Rasputin, while he probably did not send hordes of green-bat-demons to derail a train containing Anastasia, was a highly controversial, religiously mystic individual closely connected with the Tsar and his wife.  (Oh, and in case y'all didn't know, he WAS almost as scary in visage as 20th Century Fox decided to animate him.  Seriously.  Go give him a Google if you're seeking insomnia.)

Aside from that…it's just a dang fine story. 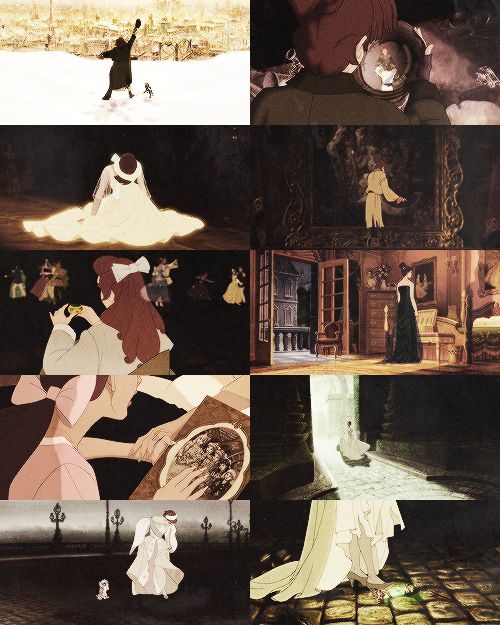 This may make me sound callous and uneducated and dismissive, but frankly, I would rather have a stunning story to an animated movie than the tragic, bleak facts of the history of Anastasia.  Where, if I may be so bold, would the redeeming point of a story be in such a movie, especially as marketed for children?  What would it teach them?  "Hey, kids, be glad you weren't born in Russia, because you just may have been herded into a basement and assassinated by a firing squad."  (I know I'm rambling a bit. Told you I wasn't having the best day.)

In contrast, this gorgeous piece of animation contains universal themes such as home, family, sacrificial love, triumphing over dark spirituality, etc.  And the characters are engaging, likable/dislikable as they're supposed to be, respectively, and you are caught up in the story, the music, the visuals, and the relational and spiritual tension.  Gah, just go watch it, okay?  (But be prepared that it is creepy as heck in some parts.) 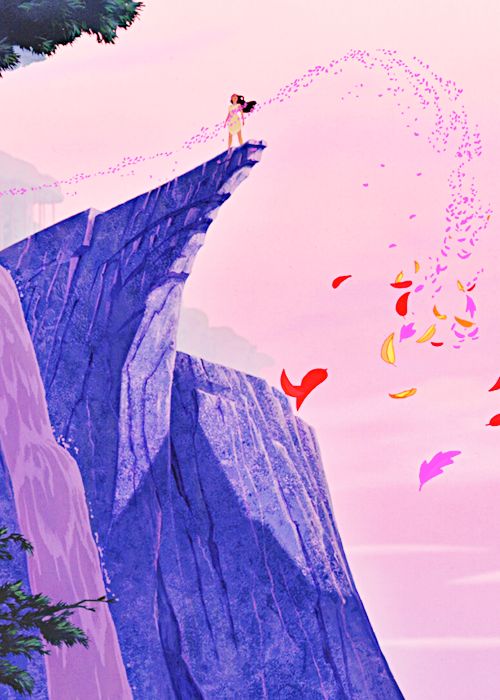 As for Pocahontas, one of the makers even stated that they were not attempting to create a historical biography.  The Disney version of Pocahontas is a vibrant, earthy, uplifting painting of, once again, what could have been, not what anyone necessarily thinks was.

And it's stunning.  The end.

I guess my point is, is it worth it to dismiss some of the most vivid, amazing animation, glorious music, and compelling drama you're ever going to find in favor of some historical veracity that was never even promised in the first place?  Anastasia and Pocahontas are two of the most beautiful movies I've ever watched, and I've really loved getting to delve deeper into them recently.  I think if we are willing to lay aside our (well-intended) desire for strict historical accuracy in cinema, we'll open up far more movie opportunities (now I'm just getting cheesy).

Just try these movies.  Try them with an open mind, understanding in advance that they are not biopics, and watch them for what they are--just plain amazing films.  I think you'd enjoy them.