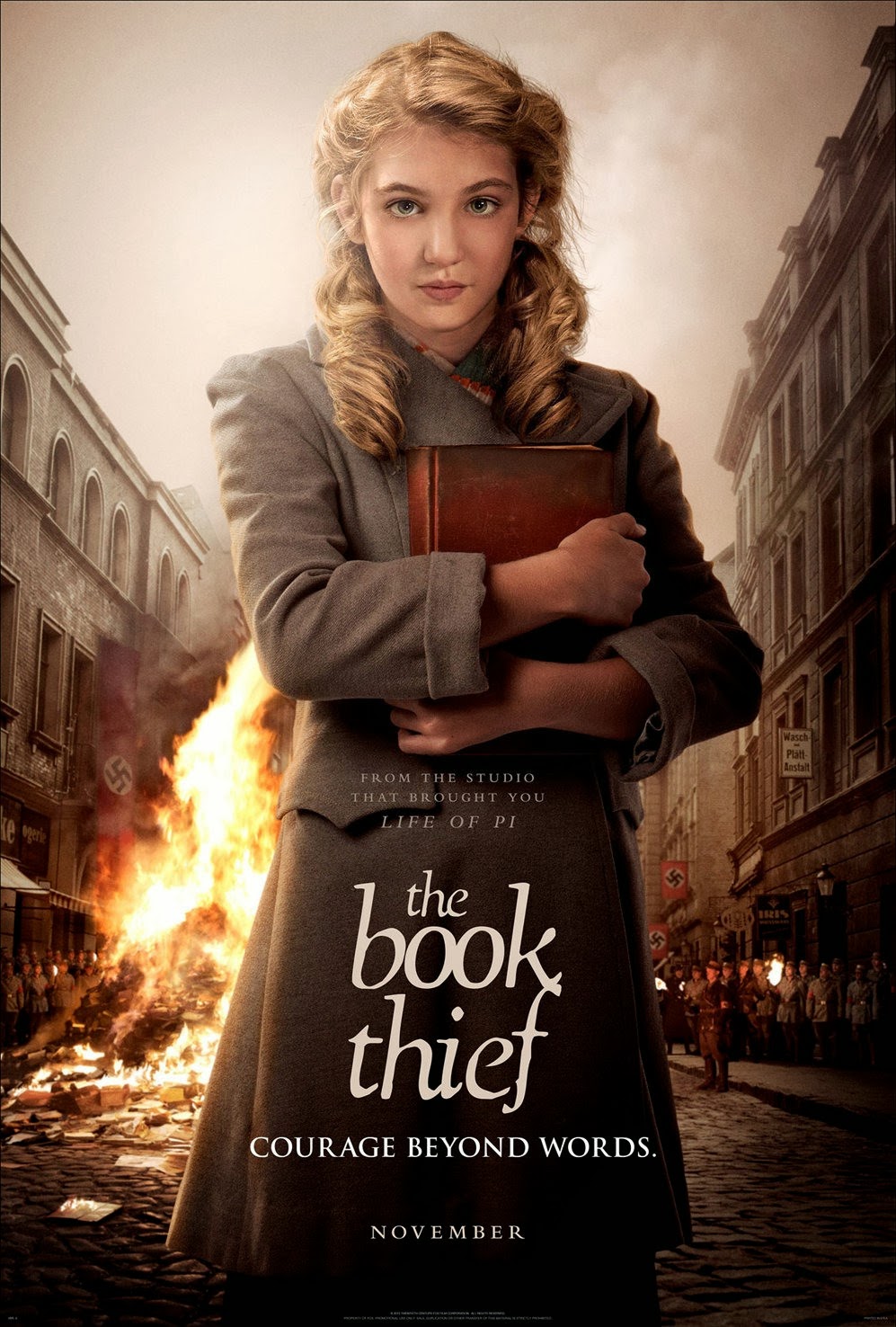 Y'ALL.  NEED.  TO GO.  WATCH.  THIS.  MOVIE.  NOW.  And if you do, you may hate me forever for suggesting it.  (But if you think you will…we might need to talk about the depth of our relationship;) )

This movie is amazing.  And heartbreaking and brutal and beautiful.  I watched it last night, and…boy, oh, boy;)  It sickened me and made me realize again that not everyone lives such a privileged life as I do.  People have lived under terrifying oppression during the course of history.  And the courage of those who were willing to risk their lives, defy the Nazis, and protect the innocent is positively inspiring. 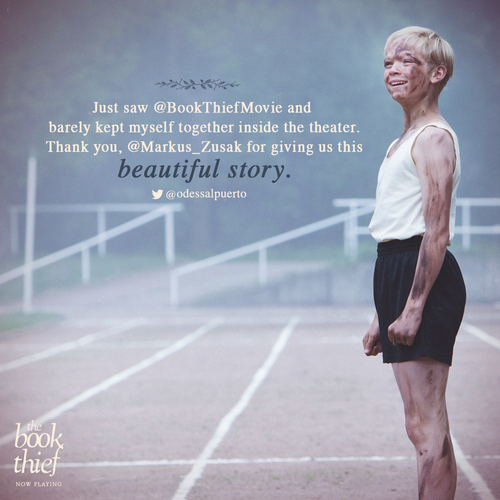 The Book Thief is the story (narrated by the angel of death, which I personally found pretty creepy and morbid at times) of a young girl named Liesel, who is put up for adoption by her mother after her brother dies of starvation on a train ride to - wherever it was (you guys know by this point that I'm terrible about remembering details like that in movie reviews).  Her mother was a Communist and, presumably, was "taken away" by Hitler - a fact that Liesel finds out later on in the movie.  She is taken in by an (absolutely precious) couple in their mid-to-later years, Hans (played by Geoffrey Rush, otherwise known as Captain Barbossa!  Who'd 'a'thunk it?) and Rosa.  Hans is sympathetic and kind to Liesel from the beginning, but it takes a while before Rosa's genuine kindness come out.  (She's sorta like a Marilla figure, dontcha know.) 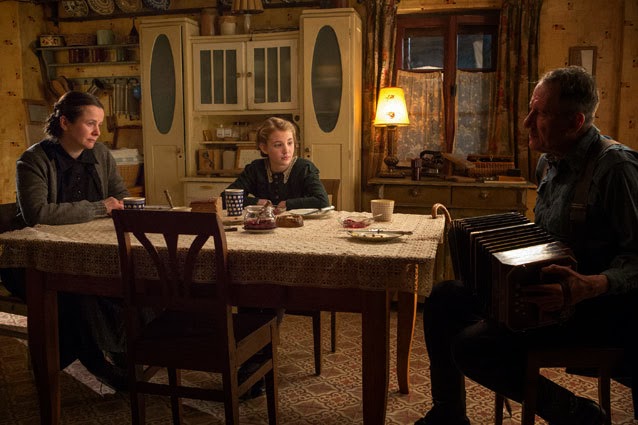 Liesel also becomes fast friends with Rudy, a local boy.  (More about him momentarily.)  As Liesel doesn't know how to read, Hans teaches her, and Liesel becomes a book addict (I mean that in the best possible way).  As Liesel adjusts to her new home, a Jewish refugee named Max arrives at their home.  (Hans had been saved by Max's father in a war, and Hans promised that he would help his family if he ever could.)  Of course, hiding a Jew in one's home, combined with "borrowing" books in that time, is a recipe for danger…

This is Liesel.  She's…pretty cool.  She's adorable one minute, and beautiful the next.  And her accent is sweet;)  She is pretty darn courageous.  And now I have a confession to make.  I, uh…I totally ship Max and her, which makes me feel like a rather sick person.  (But, in my defense, my father said he understood that.)  I can't help it!  They're EPIC together!  ("Stop spitting when you yell!" ~ "How's Rudy?"  "I don't know.  Rudy's a pain in the neck."  "Yeah.  Only thing worse than a boy you hate is a boy you like, right?")  And he doesn't look all that older than her…especially when she's around 16 or so.  So, is my "shipping" them pedophiliac?  I don't know.  Why don't you watch the movie, and then you can tell me?  (Aren't I devious?;) ) 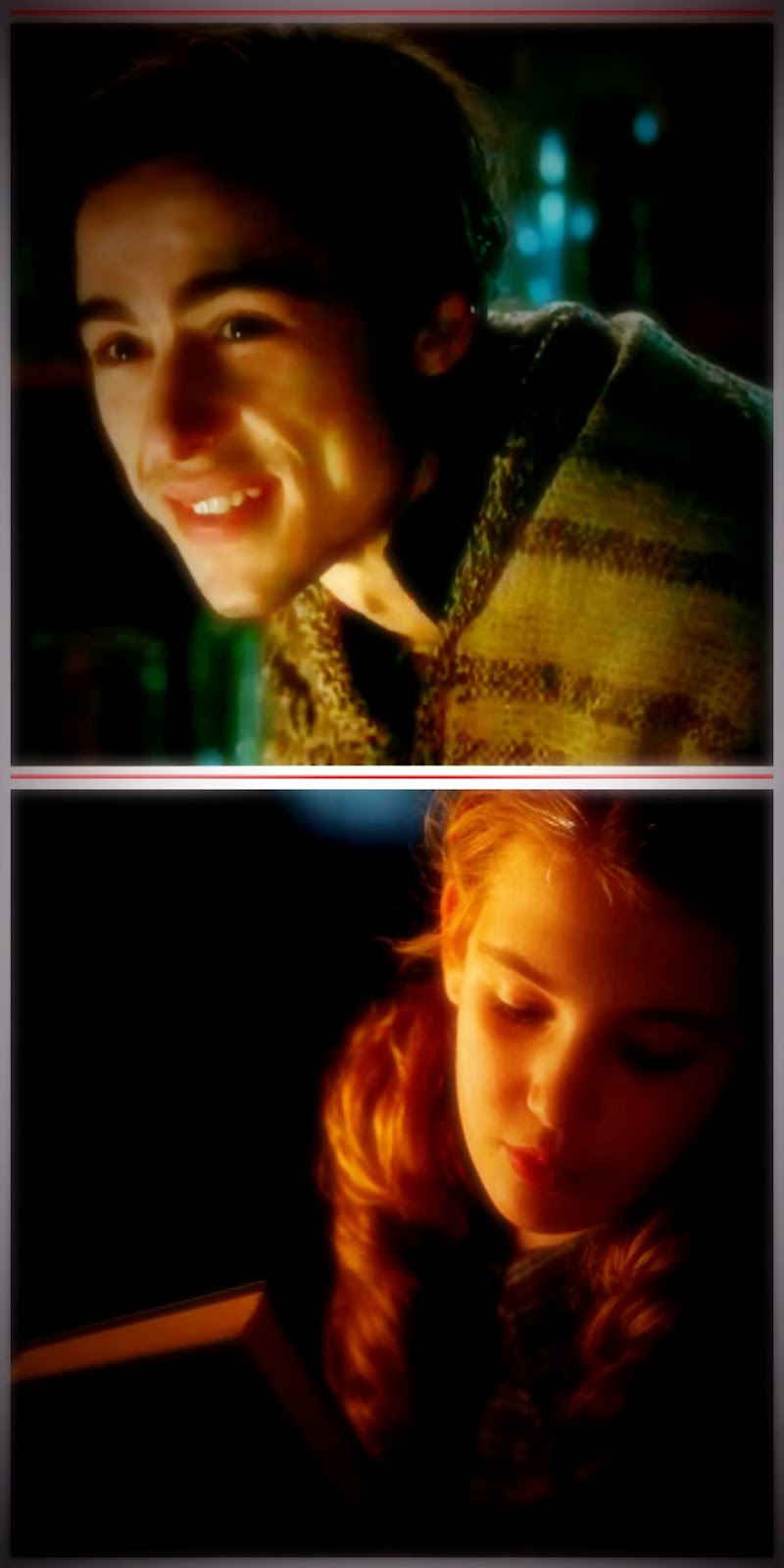 Of course, Liesel and Rudy's relationship was beyond adorable, too.  Which makes it sort of hard for me to decide. 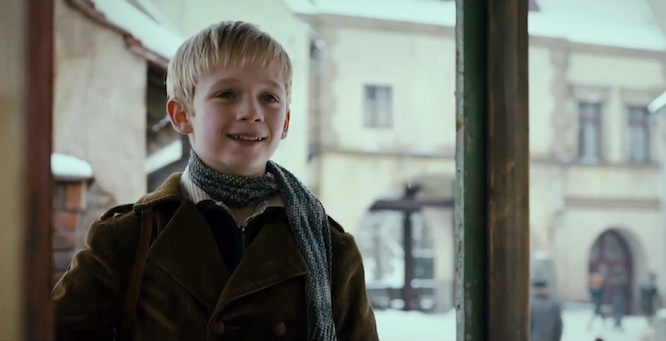 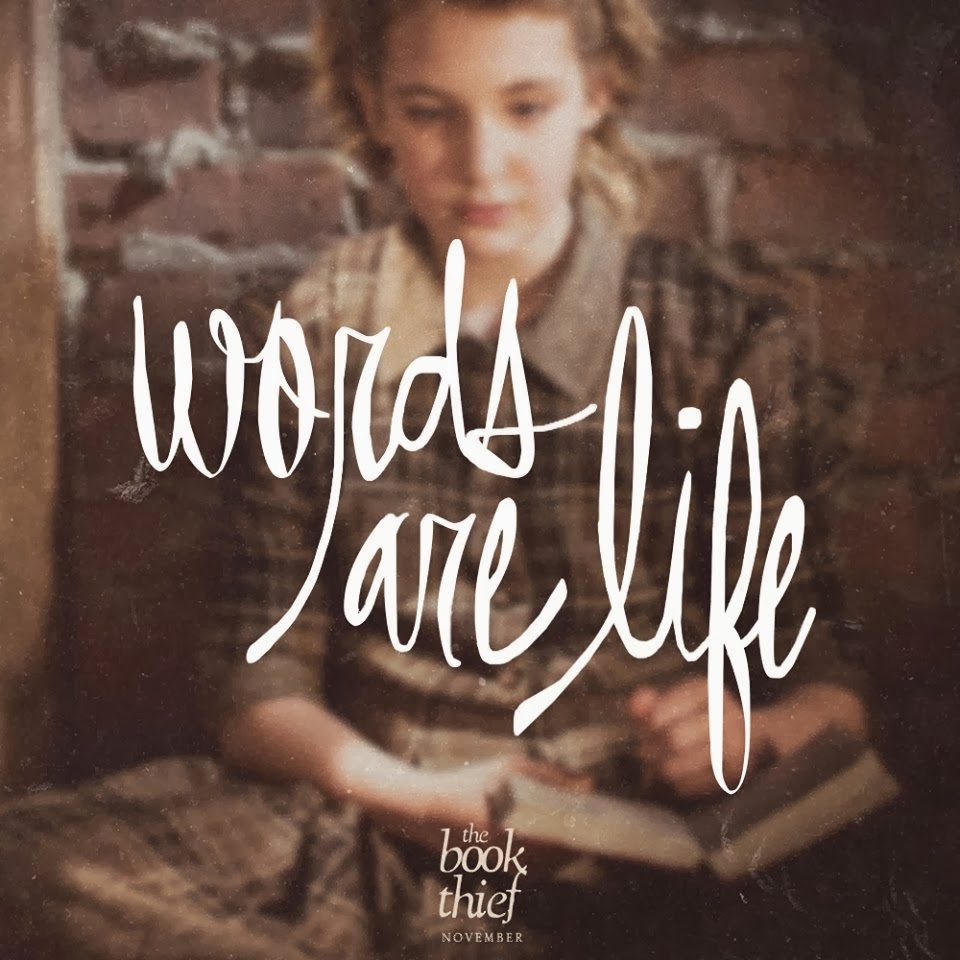 This movie is, like I said, amazing.  I wouldn't quite call it a tragedy, but it gets about as close to it as is cinematically possible.  (Honestly, the only reason I don't call it a tragedy is because it doesn't necessarily end sad.)  Mixed in with all the brutality of war and the inhumanities of the Nazi regime, there's the triumph of humans acting like humans ("We were people.  That's what people do.") and standing up against injustice.  And there are moments of sudden, surprising humor, too:  "Yes, my sunshine." ~ "Is there anything in there besides your soccer ball?" ~ "This is the best Christmas!"  "This is my first Christmas."

Like I said before:  Go watch it as soon as possible.  It will probably break your heart, but do it to yourself anyway. 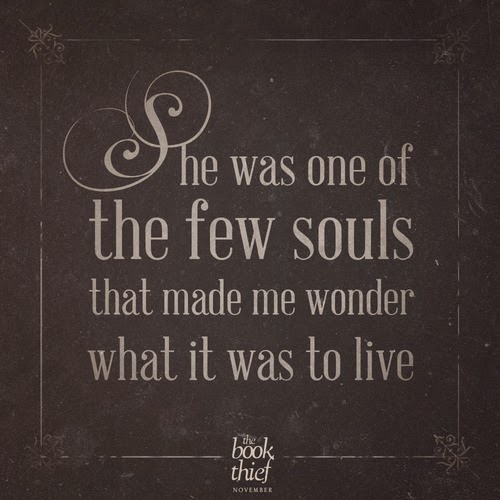