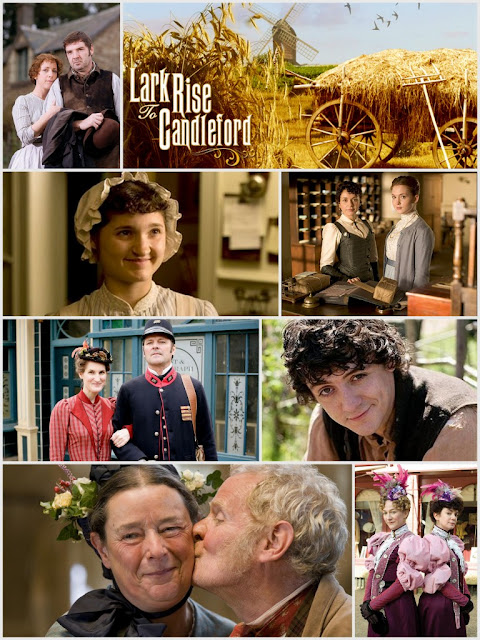 SO!  I finished the final season the other night, and am here to discuss my thoughts;)  (Spoilers will be sprinkled indiscriminately!  Read at your own risk;D)

LRtC centers around young Laura Timmins, a girl from the wee hamlet of Lark Rise, who moves to the  more affluent town of Candleford to work in her aunt's (or was she just a cousin?) post office.  Miss Dorcas Lane is probably the wealthiest person in Candleford and holds a lot of sway with the townspeople.  With Laura's advent into Candleford, the two communities begin to be intertwined. 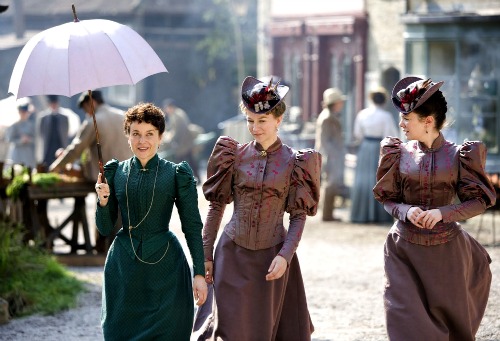 The show's basic plots aren't my absolute favorites, but I love how relaxed the show is, and how marvelous the characters are.  (Because they just ARE.)  It's a cozy series, but at the same time there are moments of rather intense drama.

I'm not feeling extremely eloquent for reviewing this series, hehe, so I suppose I'll just mention random things as I think about them.

Laura isn't exactly my favorite character (ahem) but she does have her strong points.  She's kind, dedicated to her family, and sweet to the sillier characters.  She has an open heart and a great capacity to love.  That being said…let's just say that there are times when…she can be frustrating.  For one thing, the "mar" and "par" thing.  Da heck???  No one else in the show puts 'r's at the end of 'a's when they're unnecessary.  She does have a sliiiight ego problem, but hey, pride is a failing in all of us from time to time.  More than that, though… 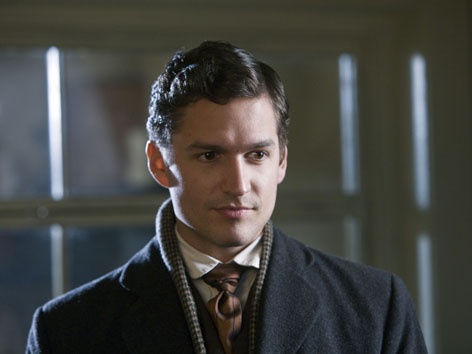 The Daniel/Fisher situation.  Okay, so, let me first tell you a little bit about my "history" with Daniel Parrish.  When he first entered the show, I Did Not Like Him, and by that I mean that I did not like him.  I was deeply suspicious of him, and when, upon the unfolding of the events of his first episode, his original intentions were revealed, I liked him even less.  Eck.  Dude, just go away.  Seriously.  BUT when he decided to miss his train, and subsequently his job, to help the Lark Risers, I started to soften towards him, and eventually came to accept and like him.  It wasn't until A Certain Character reappeared, however, that I realized how attached I'd really become to him.  I didn't really mind Fisher, in fact, I think I liked him, but after he'd left I'd sort of become neutral about him (and I kind of still am).  But when he came back and started distracting Laura from Daniel…oh-ho, boy.  It is on.

I have nothing in particular against Fisher as a person, but he is very self-concerned and frankly very immature.  For a couple episodes there, my mother and I were soooo frustrated with Laura.  On the one hand, though, I can understand.  I mean, wouldn't anybody be a bit nonplussed and confused if the man they had been going to marry, who ended up "leaving them in the lurch" for the preferred "road" and self, showed up again, claiming to love them and want to marry them (for realsies this time, though, he promises)?

Needless to say, we were Excessively Concerned that Daniel would leave the show, resulting in broken hearts all 'round.  HOWEVER, glorious day, all was mended.  And we forgave Laura;)

I just find it interesting how it took the threat of Daniel leaving the show for me to realize that he'd become one of those Special Characters to me--the kind of character that makes you think, "You are my baby and I will protect you from the harsh realities of life", ya know?  And speaking of such characters... 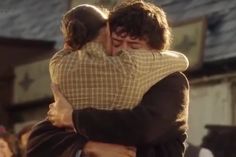 ALFIE AND MINNIE SQUEEE THE WARM FUZZIES!!!!!!!!  These two.  Oh my word.  Separately, they're two of the best characters in the show, but together…wow.  Alfie and Minnie are mah babies.  The end of that one episode in season three, though... 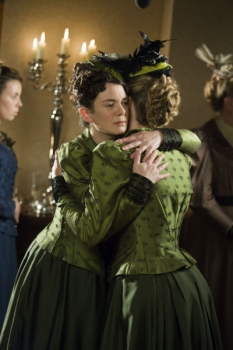 Ruby Pratt is another of my favorite characters.  She's awesome.  I especially love her in season four (after the first couple episodes, of course).  "We three are--" "…Spinsters."  She's just funny, and at the same time complex and sweet and accepting and caring and all those warm fuzzy qualities. 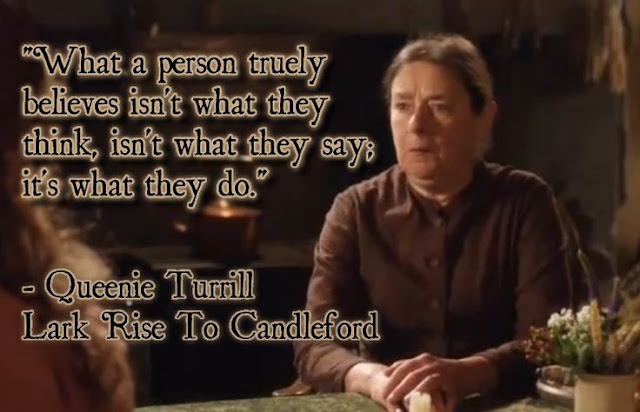 Queenie might be my absolute favorite, though.  I love how helpful and wise she is without feeling the need to "put her oar in" where it isn't wanted or needed.  LookingatyouDorcascoughcough.  She has such a tranquil spirit; accepting life for what it is and embracing the beauty in her simple, hard life.  And she has an evident faith in God, though that faith might be a little unsound doctrinally.  Still, she's wonderful.  I want to be like her when I grow to be her age:D

Oh, and just so we're clear, I do love Dorcas!  She's a delightful character, especially when you contrast her character from P&P and also when you can see how she's grown and evolved as an actress.  There are times when she irks me, is all, but more on that later.  Overall, rest assured, I fully appreciate and love her;) 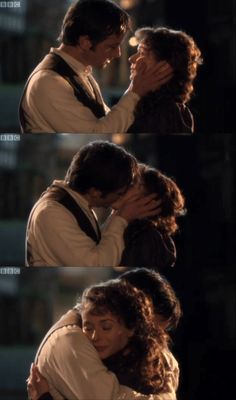 Does anyone else have the problem where they don't really love any of Dorcas' love interests?  I mean, let's take a look at them:  Timothy is...married.  Bam.  Disqualified.  We needn't even discuss him.  Go away and be faithful to your wife, yes, even emotionally.  James Dowland…I actually kind of liked him, and I was on board for their romance, but then Stuff Started To Happen, and he kind of went downhill.  His last few episodes are hard, though, because I think he really did love her and really was changing.  However, I definitely get that he and she probably weren't the best of matches.  They were a little too similar, I feel, in terms of competitiveness and suchlike.  So anyway.  (Oh, what was the name of that one guy who was in there for a few episodes before Timothy decided that He Was Jealous and finagled a way for said unnamed guy to have to leave?  He was fairly cool.  I think I remember liking he and Dorcas together.  Ah, well.)  And then there's Gabriel.  Gabriel, I'll concede, is probably the best match for Dorcas.  He's quieter than she is in general, but still very strong-willed and caring.  I like the two of them well enough (the bell at the end was a nice touch <3), and I do really like him as a character.  It's just that none of Dorcas' "romantic flings," if they could be so termed, really did anything for me.  They were adequate and all, but…give me Laura and Daniel or Alf and Minnie any day;)  (The scene at the clothesline was really cute, though!) 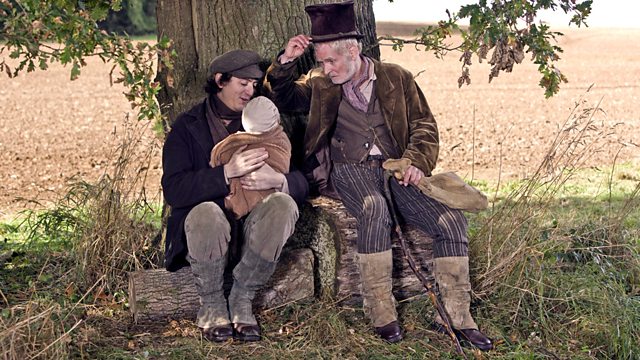 So...about the finale...does it seem rushed to anybody else?  I mean, it was great, but kind of just like any other episode, if you catch my drift.  But really, I'd much rather they end it like they did--everything ending happily without trying to throw any stupid drama curves into it, like Queenie dying or Laura rejecting Daniel or Dorcas' love life failing again--than have them do aforementioned disastrous things, right?;D

So, though I didn't even mention half of the characters, that's really all I've got for the moment, hehe.  Everything I was going to say about the show has sort of just slipped my mind!  Sorry if it was a bit of a flop review;-P  I do love LRtC--I'm just not really feeling up to the challenge of reviewing it!

In closing, this show is engaging, full of endearing characters, interesting plot twists, and just generally great:)  Go give it a try, if you haven't watched it, and if you have, let's talk about Alf and Minnie and Daniel and Margaret Brown and Twister and all the memorable characters who make up this delightful show!:D