The Age of Innocence by Edith Wharton {review}

- September 27, 2015
*WARNING*:  This story deals with content such as societal hypocrisy, adultery, and the question of chastity, so I will be discussing those kinds of things in this review.

Where to start...this book blew me away.

The story is about a man named Newland Archer, who is waffling between baffling social hypocrisies and his own occasional aspirations to a "higher philosophy." Already sinking into discontent after his engagement to May Welland, his conflict is cemented when May's cousin, Countess Ellen Olenska returns.

Before I get on to the philosophical part of the review, a quick overview of the novel itself:  the writing was excellent, the characters were believable and evoked the right emotions, and the plot, if not dreadfully original, was flawlessly executed and given a wonderful sprinkling of authenticity by the unsuspected outcome of certain events.

"'What's the use--when you will go back?' he broke out, a great hopeless How on earth can I keep you? crying out to her beneath his words." ~ Chapter 24

I was apprehensive at first that this story would be one of those "satires" that would loudly shout for the abandonment of all physical or social boundaries (death to limits!), basically condemning anyone who has the temerity to think that open-mindedness and intelligence could possibly be consistent with sexual purity. However, that was not exactly the case with this book.

While I did not agree with everything Newland believed and concluded, the book did make me think--really THINK, you know, the type when you actually set the book down and stare philosophically into  the distance whilst contemplating profundity. It made me really dig beneath the surface of my convictions about purity and my faith, and that's always a good thing. (And just so you know, they came out the stronger for it.) Even though I am a firm and passionate advocate of abstinence and thus can easily lose my patience with our sex-obsessed society, it is a fact that in certain cultures, including those existing in our own countries, marital hypocrisy ran rampant even while people claimed to practice Biblical virtues such as abstinence. Typified, men would philander where and when they pleased, and were seldom seriously chastised or shamed for it, while if their wives were to do the same, society descended like a flock of vultures, and the woman's life would be plunged into irreversible ruin and social exile. So Newland did have a point there. 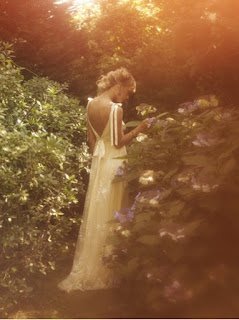 What is so sad about that situation, no less sad than our present one today, is that the people were posturing to obey an empty religion.  They upheld certain Biblical doctrines, but missed the entire point of the Bible itself:  salvation and relationship with Jesus Christ.

"'I envy thee not thy faith, which is ever in thy mouth but never in thy heart nor in thy practice.'" ~ Ivanhoe, by Sir Walter Scott

I think that's why I actually felt for Newland. I certainly didn't agree with him, but I did pity him.  (He was basically like Sir Timothy from LRtC, but different.)  If only he had turned to the real, true God of the Bible instead of the vague nonentity of whom he'd been taught!  If only he had turned to true philosophy, if only he had sought to fill the void his culture created within him with something other than an adulterous passion which, however sincere and ideologically pure, was nonetheless unjust and wrong.

Reminiscent of Fitzgerald's Great Gatsby, The Age of Innocence captivated me like TGG never did.  Aside from what I already mentioned, TAoI surprised me in the twists and turns which Ms. Wharton took with her writing and the power she exercises as an author to determine the overall moral of the story.  Just when one thinks she had nothing but a young, scintillating disregard for the societal mores that demanded women to be chaste while men were "unrestrained,"  she would unveil a new color in her kaleidoscopic tale--a softer, more pitying confession of a man slinking into the very hypocrisy he purported to disdain:

I know Ms. Wharton is classified among the satirists and cynics, and while TAoI is certainly an exercise in both satire and cynicism, I think the labels that paint her as an ultimately sympathetic author are also true.  At the end of the book, I felt no judgment from her, no hostility, though, to be fair, the "unresolved" "love" might leave this book open to interpretation as a story almost overwhelmingly dripping with cynicism, due to the way in which it ends.  However, I didn't get that feeling at all.  I got more of an "everything worked out as it should have."  Ellen ultimately made the right choice, as did Newland in at last accepting the way his life was and trying to make the best of it. 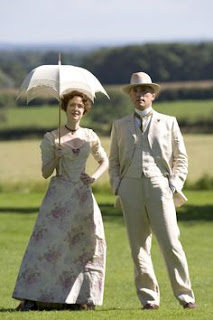 "Something he knew he had missed:  the flower of life.  But he thought of it now as a thing so unattainable and improbable that to have repined would have been like despairing because one had not drawn the first prize in a lottery.  There were a hundred million tickets in his lottery, and there was only one prize; the chances had been too decidedly against him.  When he thought of Ellen Olenska it was abstractly, serenely, as one might think of some imaginary beloved in a book or a picture.  That vision, faint and tenuous as it was, had kept him from thinking of other women." ~ Chapter 34

All the characters made mistakes, all of them desperately needed the saving grace of the Good Shepherd; but in the end, I was left with a sense of closure and, if not peace, at least the feeling that redemption was attainable for these people.  That may or may not have been Ms. Wharton's aim; relational religion was certainly not a component of the storyline; but I came away from the book with a  gently dusty, far-off regret for the characters' choices, and yet a satisfaction in the way everything ended.

All in all, though I recommend it with caution, due to the themes of the novel and the questions it raises, I certainly do recommend it.  Quite a book, really.
books God Ivanhoe ponderous ponderings