"…There was much talk and excitement in Hobbiton."

September 22, 2015
Today, the birthday of our own dear, illustrious Bilbo and Frodo Baggins, marks the beginning of Hamlette's annual Tolkien Blog Party of Special Magnificence!  Click on the link to find out all the juicy details, and for directions to enter her giveaways!  I, for one, think it's all monstrous exciting;)

To kick it all off, Hamlette has put together a super list of questions for participants to answer on their blogs.  Let the festivities begin!

1. What draws you to Tolkien's stories? (The characters, the quests, the themes, the worlds, etc.) 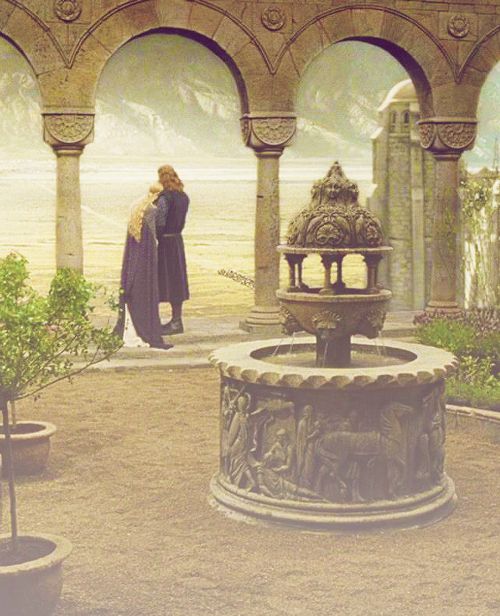 2. What was the first Middle Earth book you read and/or movie you saw? What did you think of it?

That would be The Fellowship of the Ring, non-extended edition.  Oh, dear.  Must I tell?  I've mentioned it in other posts, but I was shamefully unimpressed by the movies the first time I watched them.  I have repented, have no fear!

3. Name three of your favorite characters and tell us why you like them.
Faramir--because he's my favorite;)  I actually have difficulty describing exactly why I love him so, but I know it has to do with the fact that I pity him deeply (I always tend to love the characters I pity), and I admire him greatly.  He's had a pretty awful life, and still he remains strong yet gentle, firm yet compassionate.  Gah.  I JUST LOVE HIM, OKAY?

Galadriel--her backstory is fascinating.  (Go read The Silmarillion or Craig Bernthal's Tolkien's Sacramental Vision if you don't believe me.)  Originally an antiheroine, lustful for power and embracing conflict, Galadriel erred greatly in the untold centuries before the Age of the Ring, and since then has spent the interminable years in waning Lothlorien, regretting her misdeeds and struggling to conquer her power-hunger.  And she ultimately succeeds, becoming a beneficent beacon of hope, true strength, and radiance to the Fellowship and many others.

Frodo--you can read more about why here.  Not all of what I said in that post still applies, but I do think Frodo is slightly undervalued as a character, by me as well.  And since Hamlette kindly said three of and not your three, I can include him:D

4. Are there any secondary characters you think deserve more attention? 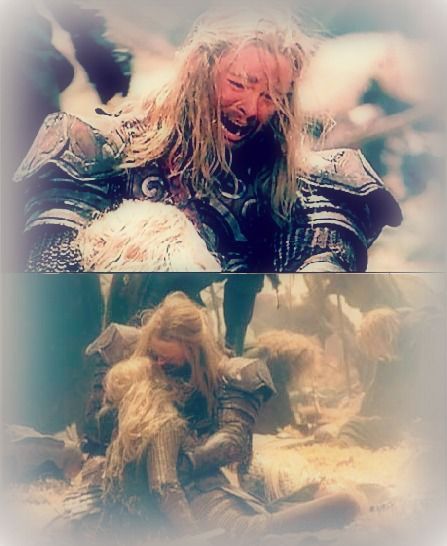 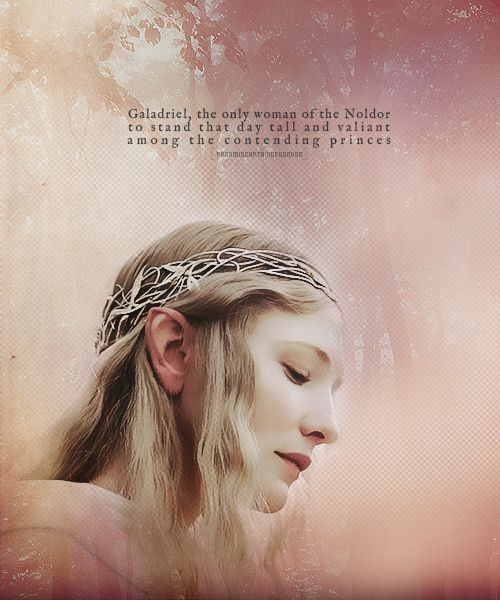 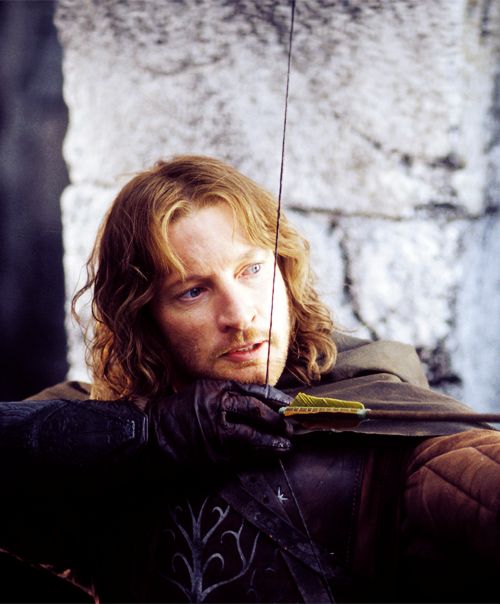 5. What Middle Earth character do you relate to the most?
According to a Myers-Briggs chart I found on Pinterest, Galadriel, but I'm not sure how accurate that is.  I think I might actually relate to Faramir the most (not the whole father mentioning he'd rather I'd died instead of my brother, of course).  There are reasons, but we shan't go into them now:)  And if not Faramir, than the four hobbits, taken collectively.

6. If you could ask Professor Tolkien one Middle Earth-related question, what would you like to ask him?
"Where, in the cuckoo's name, did you learn to write?  I protest 'tis marvelous!"  (Yeah, I just recently reread The Scarlet Pimpernel.  This is what happens.)

7. Are there any pieces of Middle Earth merchandise you would particularly like to own, but don't?
Erm…none come to mind, but when I see Middle-earth merchandise I immediately gravitate toward it, of course.  I already have the Evenstar necklace, so I think my deepest craving has been fulfilled;D

8. What battle would you absolutely not want to be part of?
Eccckk--I dunno, maybe the Battle of Helm's Deep?  Or Aragorn's initial face-off with the Undead Army?

9. Would you rather eat a meal at the Rivendell or Bag End?
Well.  That's not impossibly hard at all, now, is it?:-P  Sheesh, I don't know!  Probably Rivendell.  Because, ya know, it'd mean I was in Rivendell.

10. List up to ten of your favorite lines/quotes from the books or movies. 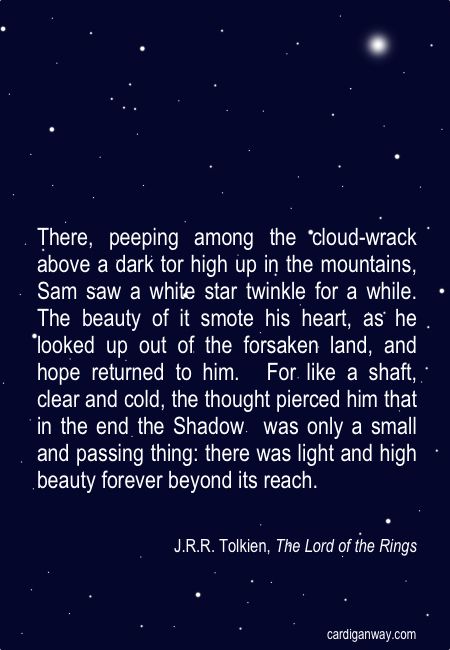 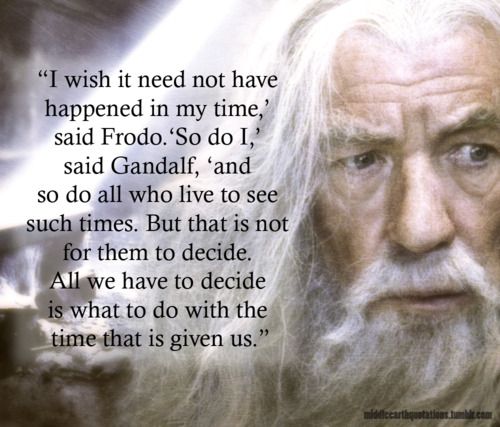 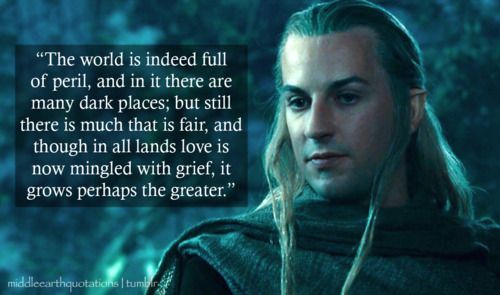 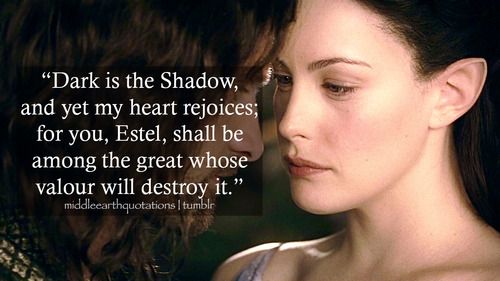 Thank you so much, Hamlette!  Don't forget to click on the link at the beginning of the post to get in on all the Middle-earth fun!