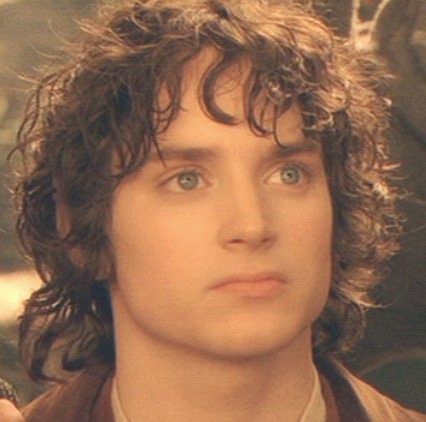 Frodo has never been my favorite character in Lord of the Rings.  And I doubt he ever will be (what with Faramir, Arwen, Gandalf, Pippin, Eowyn, etc., he's kinda far down on the list).  But I realized something as I was reading The Fellowship of the Ring the other day.  I don't really give Frodo the credit he's due.  Sure, he makes mistakes during the trilogy, he trusts the wrong people (er, uh, creatures), he doubts his closest friends, and he almost gives in to the Ring's power.  But what I forget so often is what he does right.  He's given a task to complete, and he does it.  Frodo never asked for guardianship of the Ring, he never wanted it, and it scared him.  But he took it anyway.  What on earth did I read, you may ask?  Well, I shall oblige you.

Frodo's spirits had risen for a while after his escape, and after food and a draught of the cordial; but now a deep uneasiness, growing to dread, crept over him again.  Though he had been healed in Rivendell of the knife-stroke, that grim wound had not been without effect.  His senses were sharper and more aware of things that could not be seen…And he was in any case the bearer of the Ring: it hung upon its chain against his breast, and at whiles it seemed a heavy weight.  He felt the certainty of evil ahead and of evil following; but he said nothing.  He gripped tighter on the hilt of his sword and went on doggedly. 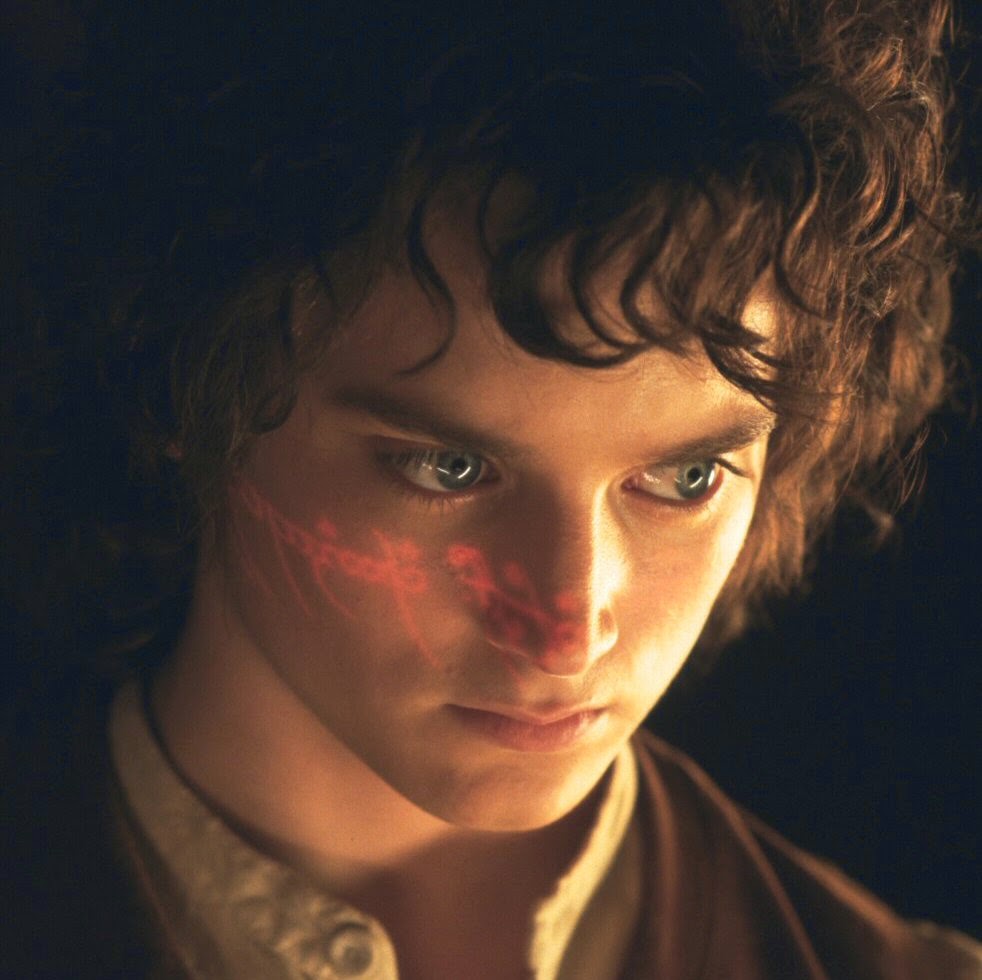 Okay, so here's a guy, living a peaceful and enjoyable life in the Shire, probably the safest and most cheerful place in Middle-Earth.  He's entering young adulthood (from what I understand of the book).  He probably expected his life to go on uneventfully, in the usual style of the Hobbitfolk.  But then his uncle, with whom he's very close, starts acting strangely.  And another close friend, Gandalf, shows up.  Happy, right?  But then at a birthday party, his uncle mysteriously vanishes and Gandalf begins to make Frodo nervous.  And then he's told that he, and he alone, can save his village - and his world - from an impending Armageddon, by taking a seemingly innocent-looking ring and throwing it into a pit of roiling lava…inside a mountain by the inviting name of Mount Doom.  Oh, and as a side note, he's going to be chased along his beautiful route across Middle-Earth by Ring-wraiths.  Loverly.  But Frodo doesn't complain, once he realizes that he must perform this duty.  He takes the Ring, and decides to trust Gandalf to guide him.  That's not to say he wants to.  From what I can see, there wasn't a fiber in Frodo's body that wasn't tossing up red flags every which way.

And now we come to that beautiful part when Frodo confides his fears to Gandalf.  "I wish the Ring had never come to me."  "So do all who live to see such times, but that is not for them to decide.  All you have to decide is what to do with the time you have been given."  (At which point we all burst into tears…or, if you're like me, you don't, but you feel Extremely Shaken by such a stirring pep-talk.)

As you all know, Frodo goes on to destroy the Ring.  He completes his quest.  And that's great and we're all happy about it, but why am I writing a post on it?  Because, in the end, I'm glad.  I'm glad that Frodo gets to travel to Valinor.  Though I don't particularly like that heart wrenching scene in the Gray Havens when Frodo says goodbye to Pippin and Merry and Sam, I'm glad that he does.  Because Frodo deserved to rest from his troubles.  He deserved to board an (absolutely beautiful) ship with his mentor and father-figure, Gandalf, and sail away from the Earth where he had seen and experienced such evil, such pain.  He deserved to see the gray rain-curtain of that world roll away, and then…white shores.  And beyond, a far green country under a swift sunrise.   (Tissues, please.)  Because believe it or not, as much as I think Sam endured almost as much as Frodo…he didn't quite.  I honestly do think Frodo went through the most.  He had to carry that monstrous Ring around the world in eighty days.  He had to make the hard decisions about which roads to take, who to trust, how to deal with everything he encountered.  And that's why I wrote this post, to remind myself that after all of that, I think Frodo Baggins deserved to be at peace. 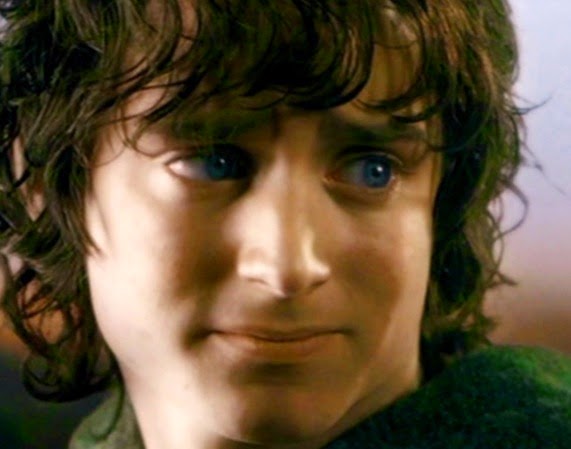 And, just because I want you guys to leave happy and not totally heartbroken by LotR's epic bittersweetness…here. 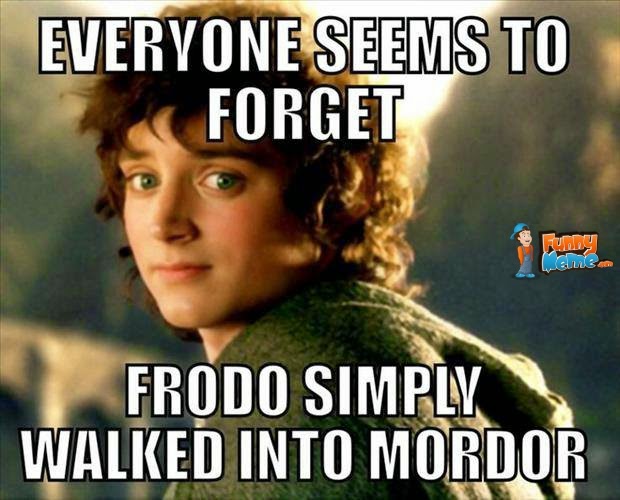 books Lord of the Rings movies