- May 20, 2014
"You know something, Amos?  The Lord poured your brains in with a teaspoon and somebody joggled His arm!" ~ Theodore 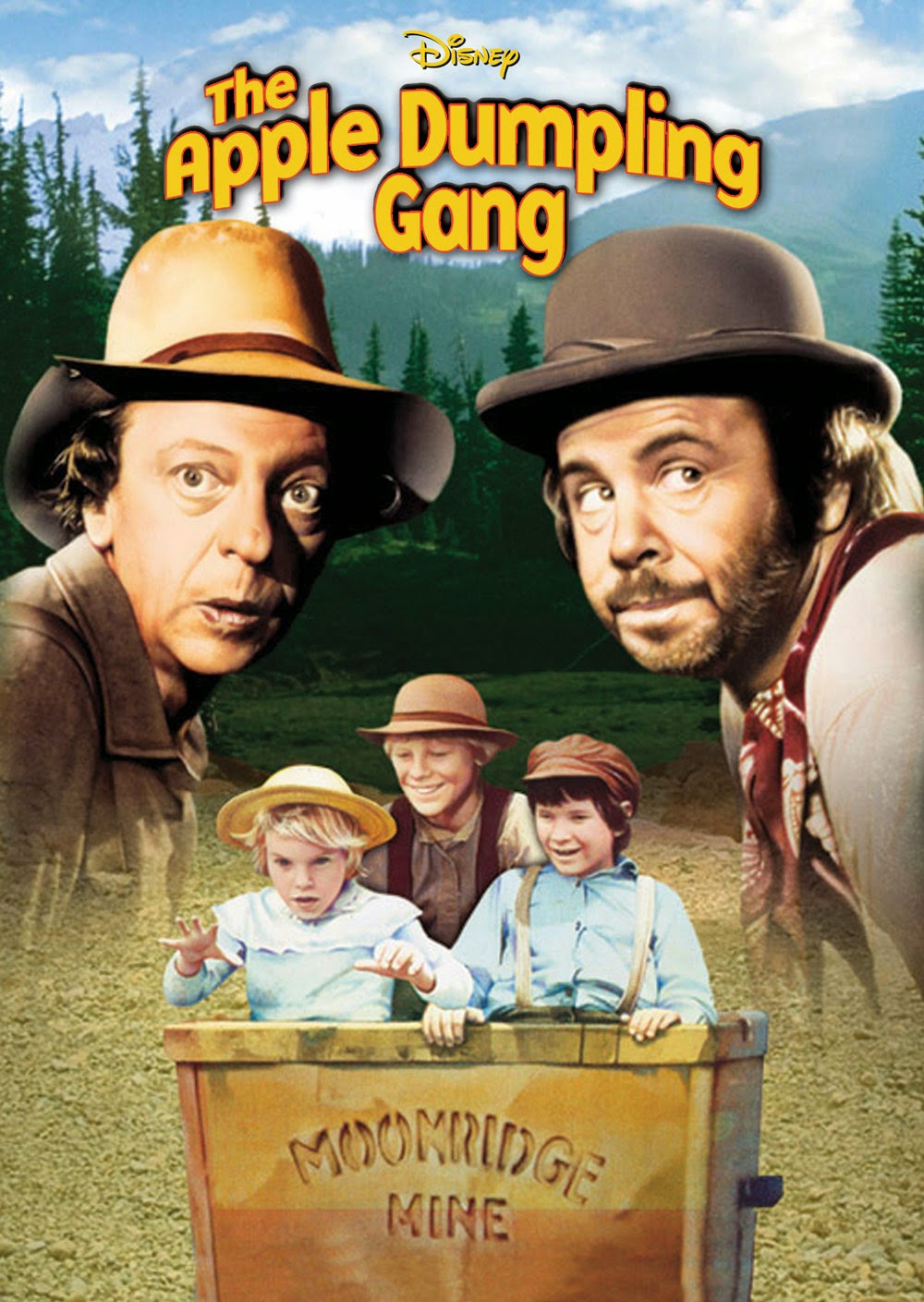 Prepare yourself to completely LOSE IT laughing if you watch this movie.  This is one of those rollicking, feel-good old Westerns we all secretly love (well, some of us more secretly than others).

Here's a synopsis of the movie taken from the back of the VHS:  "Head for cover!  Don Knotts and Tim Conway are Wild West outlaws who can't hit the broad side of a barn - but never miss when it comes to rounding up laughs!  The hilarity begins when a roving bachelor (Bill Bixby) inherits three young orphans and a wealth of problems.  When the youngsters stumble upon a huge golden nugget, they must fend off the greedy townspeople.  So the kids join forces with the bumbling outlaws to stage a robbery of the gold.  Little do they know a surly gang of sharpshooters plans to beat them to the draw!"

This movie is a goldmine of comic genius.  My family and I just about die of laughter during some of the scenes.  Literally, we sometimes have trouble breathing (or at least, I do)! 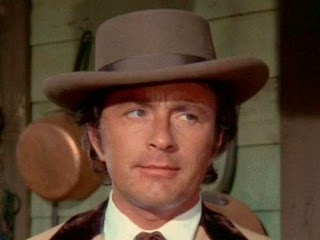 While I can't say that Donovan is my favorite character (but, really, with Amos and Theodore, does anyone else even have a chance?), Bill Bixby's portrayal is great:  "Do you take her, Donovan?"  *awkward pause*  "Yes!"  ~  "Magnolia?!"  Donovan starts out as a selfish man with an unfortunate propensity to gamble and some roguish tendencies, but it's nice to see how he changes throughout the movie due to his relationship with the children and Dusty. 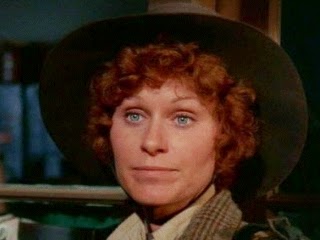 Susan Clark as - ready for this? - Magnolia "Dusty" Clydesdale.  (Finding pictures of the characters is proving difficult.  I do apologize.)

Dusty's kind of awesome.  I'm just saying.  "Other than that, I got a free evenin'." ~ "Well, why didn't you say so in the first place?  And we could have avoided this little - misunderstanding."  And it's good of her to agree to *SPOILERS!* marry Donovan in order to be able to give the kids "a good home." *END OF SPOILERS*  So yeah.  I love Dusty.  (And may I say, the dress she wears at the end is most becoming.) 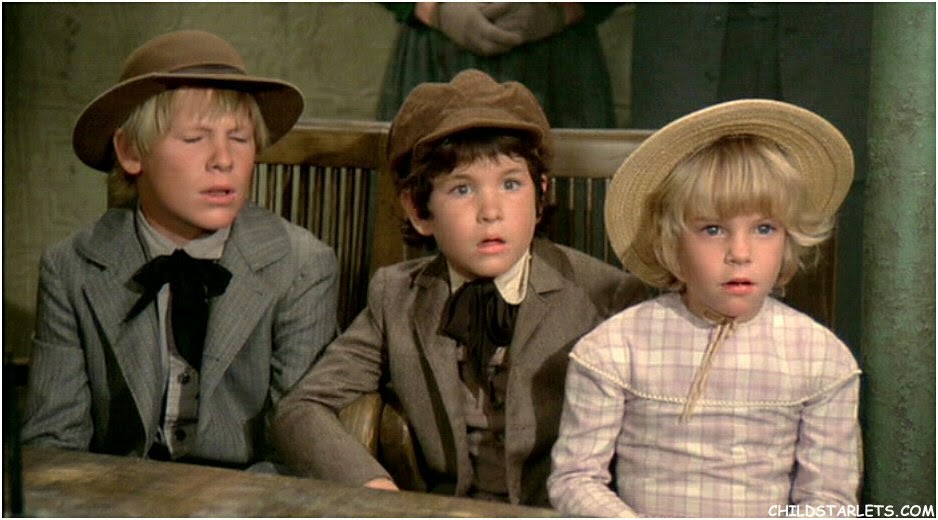 The kids are adorable.  And it's really cool, because Celia looks almost exactly like an older version of this little girl I know;)  But it sometimes seems like the only reason they care about Donovan is because of the whole apple dumpling thing, which can get annoying.  "Mr. Donovan gives us all the apple dumplings we can eat!"  Great…so that's the only reason you want to stay with him? 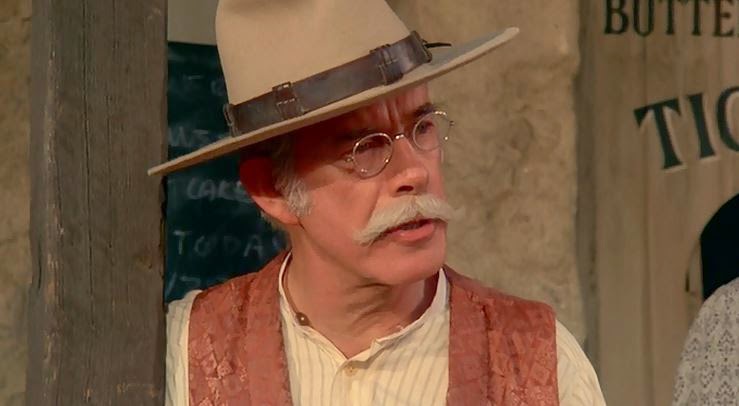 Sheriff McCoy is great.  He's a no-nonsense, quick-thinking Wild West sheriff, and is therefore a great addition to the collection of characters.  "Dusty is a fine specimen of womanhood!  I seen her get caught in a cloudburst once, and I wanna tell you!" ~ "What would please this court is to see both of you run outta town on a rail!" ~ "They got married."  McCoy might be my second favorite character. 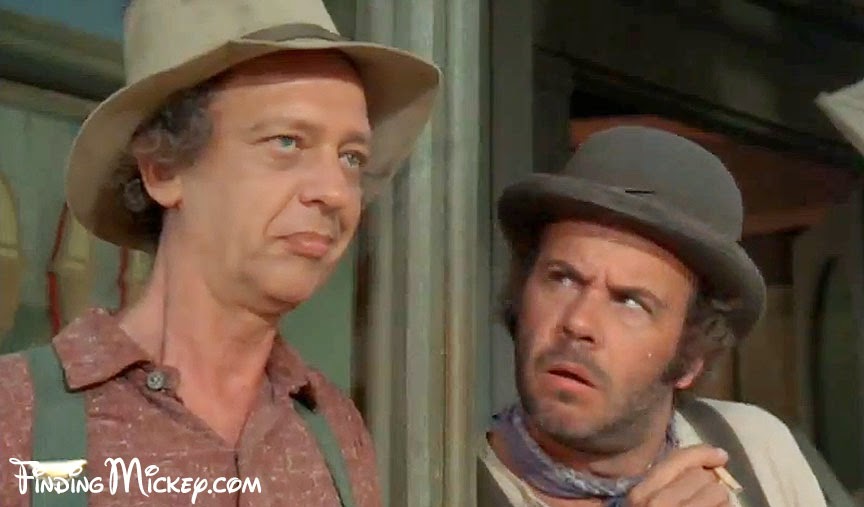 Don Knotts and Tim Conway as Theodore and Amos

And now we can get to the good stuff;D  Theodore and Amos totally MAKE this movie, and it'd be sort of pitiful without them.  The comedic genius of Don Knotts AND Tim Conway…*sigh.*  It makes for a grand smorgasbord of awesome, best demonstrated by this part: 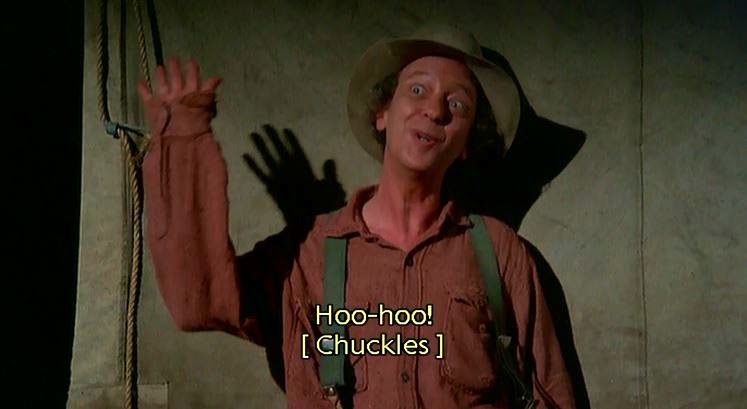 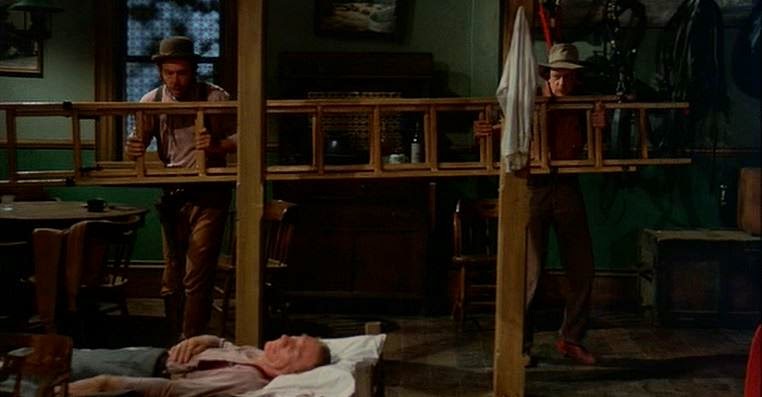 Followed by this part: 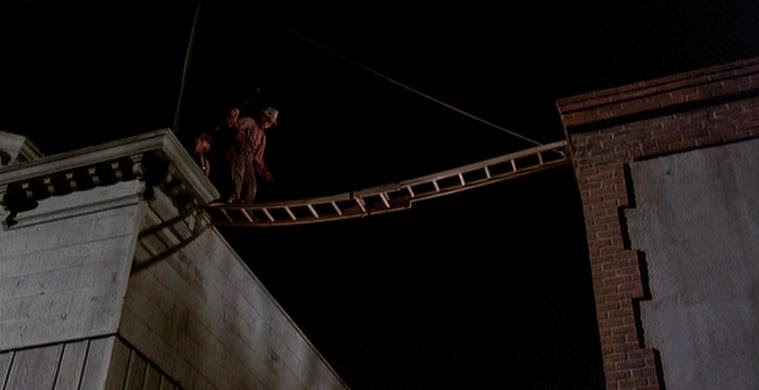 And don't forget this part: 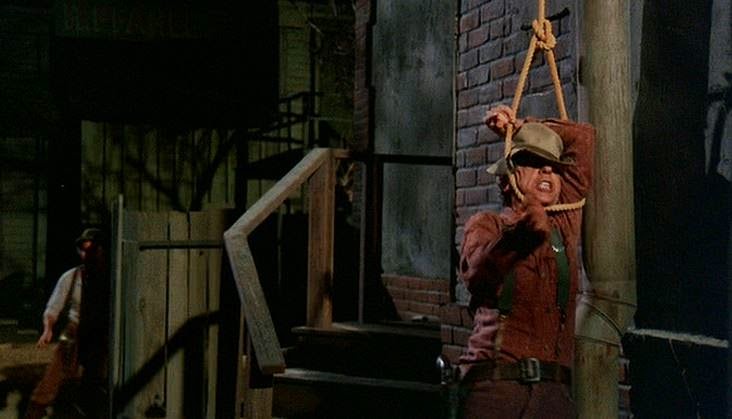 Also, some hilarious scenes with Dusty and Donovan:  "You tryin' to pass those kids off on me, mister - or ya workin' on somethin' else?"  And then, of course, the unforgettable "misunderstanding." 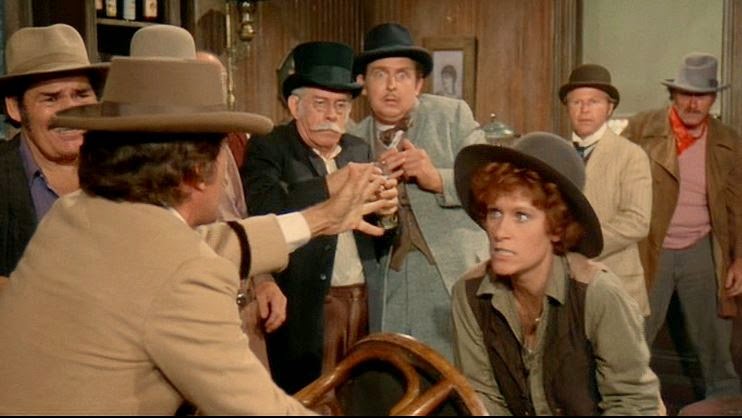 On the whole, TADG is a rip-roaring bundle of sidesplitting, refreshingly clean hilarity that I heartily recommend.  Go watch it!:D