Before I start, though, I just wanted to apologize--a number of my wonderful bloggie buddies (you know who you are) tagged me a long while ago for a great end-of-summer tag.  However, I didn't really have that eventful of a summer, and I just sort of kept postponing the tag until, lo and behold, it was September.  So I'm very sorry about that; I SO appreciated being tagged, and it was a lovely tag, but I think I put it off a bit too long, and as I said, I wouldn't really know how to answer the questions.  I sowwy:(

Rules:
1.) List 5 of you favorite male characters (book or screen)

2.) Tagging other people is optional

3.) If you are tagged link back to the person that tagged you

4.) Link back to Revealed In Time (preferably using the link to this post)

Choose one from each category.
1.) Hero

Hero
Faramir from The Lord of the Rings 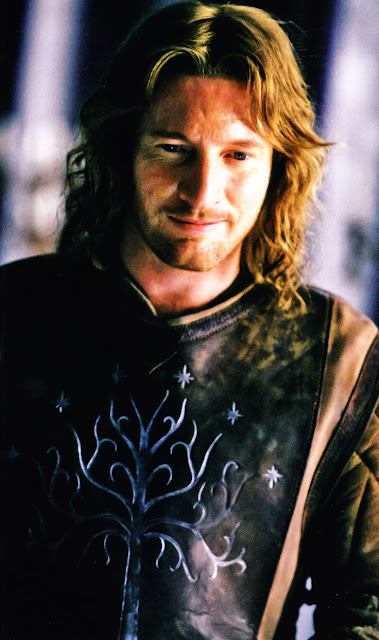 I know I try to stick to characters I don't always talk about in these tags, but…to heck with that.  Faramir is the best.  Amen and amen.  *sigh*  I love this guy.  He's honorable, courageous, kindhearted, and gentle.  And no, his portrayal in the movie really doesn't bother me.  I mean, hello, it's what caused me to fall in love with him in the first place.  I think David Wenham did a wonderful job as Faramir.  It does irk me, yes, that they made him a man of "questionable integrity" at first, BUT they did resolve it, and we all know the truth of the matter, so…I don't really care too much:D 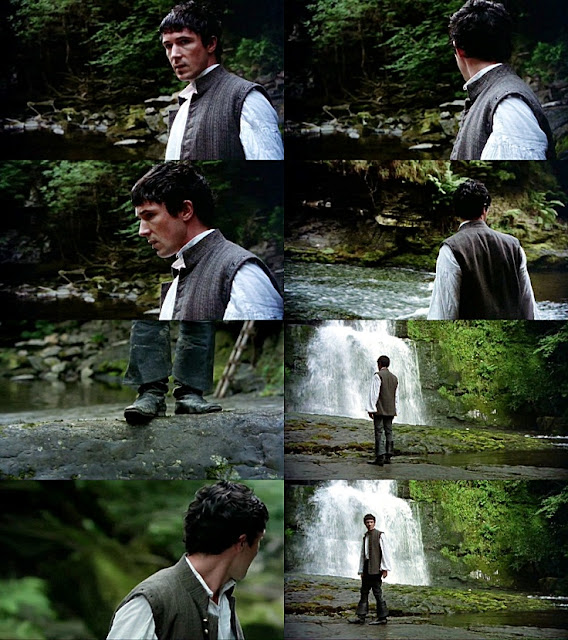 This one was actually harder than I thought it would be.  The villains I tend to like are really more of antiheroes than straight-up villains, but I guess I've always been mildly intrigued by the character of Carver Doone.  There is no doubt that he's a sick little fiend, but there's something about him that makes you regret that he is that way.  It's like you want him to become a good character at times--not all the time, but every once in a while something triggers an "It's a shame you're a bad guy."  I'm not entirely sure what it is.  Can anyone else relate? 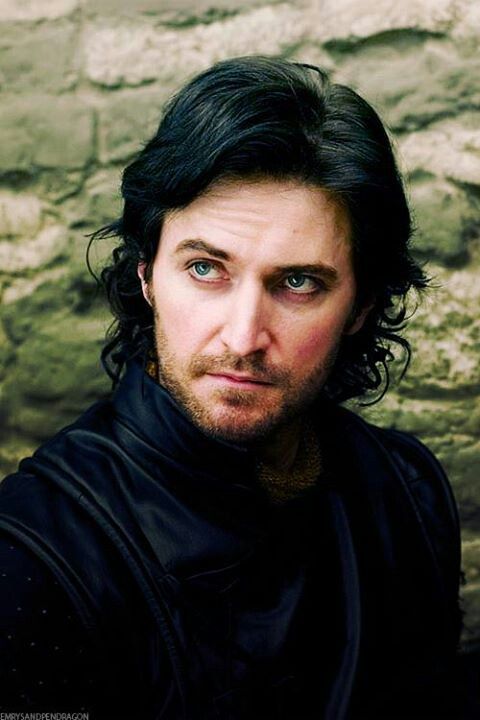 You go ahead and rock that guy-liner, Guy.

Well, duh;)  Antiheroes to me are characters that are walking an almost indistinguishably thin line between utter villainy and utter heroism.  They are chiaroscuros, torn between the ease of selfishness and the conviction of selflessness.  Guy is that, definitely.  There are times (mainly in the first season) when, I'll confess, he frankly just irritates me and you kind of want him to just GO AWAY ALREADY, but then the second season happens, and his hero potential starts to come out.  Then that--ahem--is, oh, how shall we put it, "postponed" at the S2 last episode (let's not even go there).  At the start of the third season, he's tortured with overwhelming guilt over what he's done (ya think??) and yet he holds to a wild, irrational hatred of Robin and feeling of injustice that he believes Robin has done him.  Eventually, however, Robin's slow and reluctant efforts to reach out to him, partially for Marian's sake (hey, I think it might have been) "bring him out," and by the heart-wrenching, glorious series finale, he has "redeemed himself."  Ish. 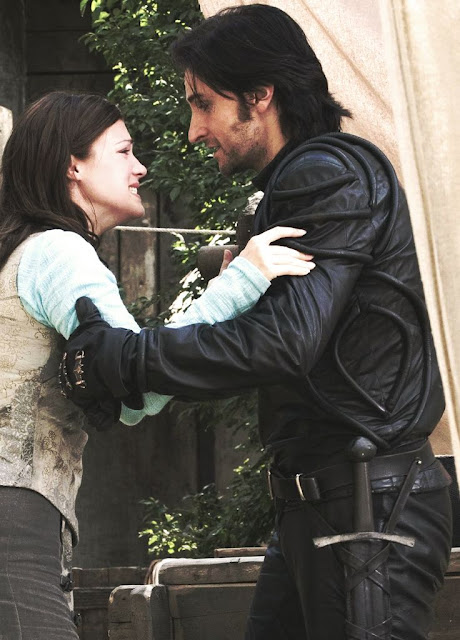 I think we'll all dissolve into puddles of tears if we talk about Guy's relationships with the women in his life for too long (except Isabella and Annie.  We shan't discuss those unfortunate episodes).  While I am NOT and will NEVER BE a Guy/Marian shipper, I love the dynamics of their relationship.  "She saw good where there was none…she made me a better man." (SOBS)  I don't think Marian ever loved Guy like she loved Robin (obviously), but I do think she cared very much about him as a person.  Like he said, she influenced his life for the better.  And then MEG and don't even GET ME STARTED ON THE FEELS. 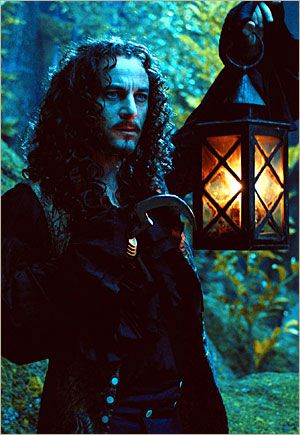 I'm a huuuuuuge fan of the book PP, and frankly I don't think any screen adaptation to date has fully captured the awesomeness, but the 2003 comes pretty durn close.  (My main problem with it is that the cast is too old, and thus they over-romanticize Peter and Wendy's relationship.)  And look at that picture up there.  That is my Hook.  Personified.  In the flesh.  Hook is possibly my favorite villain ever, and Jason Isaacs portrayed him well-nigh perfectly.  The wardrobe, the makeup, the attitude…it makes me happy:) 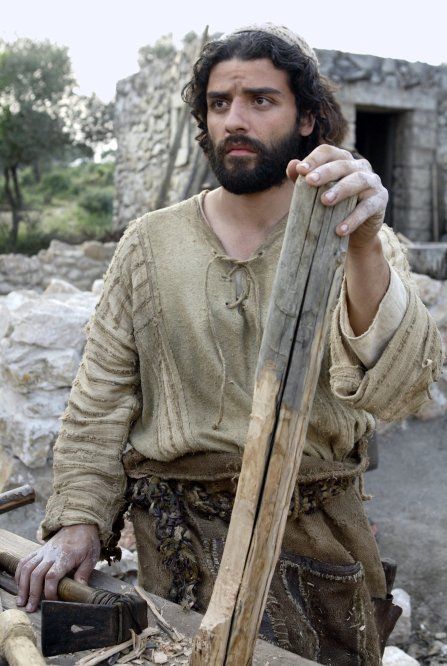 This was a hard category for me to figure out, I'll admit.  I wasn't exactly sure what was intended by 'character perception,' so I thought it might mean how thoroughly an actor understands a character and embodies them?  Anyway, that's the option with which I'm going;)  So.  Oscar Isaac from The Nativity Story.  I lurve this movie, and I really love this portrayal of Joseph.  I think the actor understood the biblical Joseph.  Quiet, loyal, faithful, hurt when he thinks Mary has betrayed him, but unquestioningly obedient to the angel.  He acts far and above the call of duty toward Mary, taking her and covering her without concern for the social stigma they will suffer.  I mean, "they're going to miss us."  SQUEEE CAN I HUG YOU?!?!  He's just such a sweetheart. 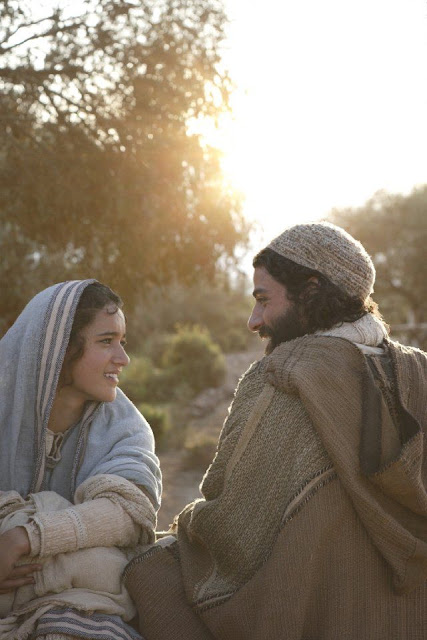 Plus he and Mary are like the cutest darn things ever.

Now, as to tagging!  I'm going to just tag four people whom I know enjoy a good tag, so that they'll still be able to tag some people.