- September 10, 2017
[Originally posted on my other blog, Towards Indecisive and Palpitating Stars.]


Preface:  There's an important difference between man-made and God-given dreams.  I recognize that.  And yes, I do think that sometimes God may call us to give up a dream or to lay it aside for a time.

This post is for you, Christ-follower who wants desperately to just get it right, to do what God wants you to do: you who have become convinced, after prayerful seeking and wise counsel, that God is leading you in a specific direction -- that he has implanted a certain dream in your heart; you who've been wooed in the secret place, when it's just you and God; you who have received whispered confirmations; you who have been excited to move forward in faith, trusting him to make things clear in his time and his way.  But now it's been a little while, and you're starting to have that uneasy feeling that maybe you just got swept up in your emotions and let your imagination get the better of you, and you're staring to doubt the word that you received.

This post is for you, soul sister (or brother!) of mine. 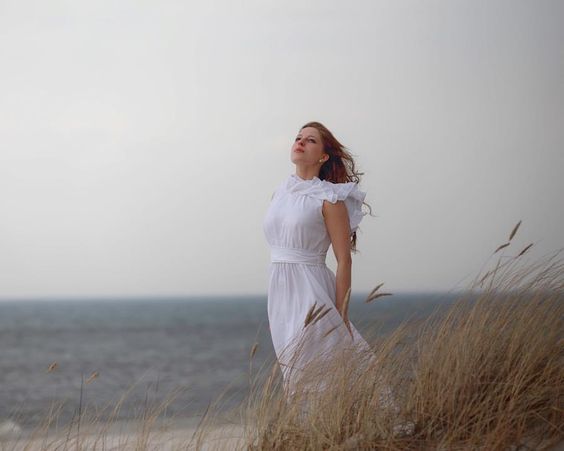 Dear radiant being created in the image of the Most High God:

You're thinking of giving up the dream?  Of deciding that maybe you misunderstood what you thought was God's guidance?  That you should probably put the dream on the backburner with a loving pat and leave it where it belongs, and get on with 'real life'?

Maybe things aren't happening as you thought they would, and you're just not so sure anymore, and you don't want to blow your whole life on this?  After all, this is your life you're talking about -- the one life you've been given on this earth during which to glorify God and do things for the Kingdom.  What if you mess it up?  What if you miss his calling?

Go back to the late-night whispers, the lamp-lit connections that wouldn't make sense to anybody else, but that thrilled your soul because you recognized them as another confirmation from God.  Remember those hushed, awe-filled moments when the LORD of heaven spoke something deep into your heart.  Remember the joy you felt and the peace he gave, and the purpose that filled you.

Now, don't take off without God -- don't let your imagination run totally unchecked.  Keep holding what you hear up to the Scriptures to test it.  But also make sure that you're keeping in mind the words of Jesus -- to "Stop judging by mere appearances, and make a right judgment." (Jn. 7:24)  Dig beneath the surface.  Get counsel.  Stay oh, so prayerful.  Keep an open heart; be willing to be led in a different direction if it's the LORD leading.  Stay flexible and prayerful and humble and teachable.  Try to be 'wise and discerning.'

Stay malleable, and don't latch onto the dream with a sense of unhealthy or idolatrous possessiveness (a different thing than claiming the promises that God has spoken over you).  You don't determine how the dream plays out; you don't bind it with your rules.  You don't clench it so tightly that you choke the meaning out of it.

Yes, yes to all of that.

If God has sparked a dream in your heart, then make sure that you cherish that ember and you guard it -- always leaving it fully vulnerable to him and his will -- and grow it in his way and his time.  Don't be afraid to wait for the next step to be revealed, but don't be afraid to step out, either.

You go back to the things God told you about this dream.  You keep in mind that if it is God's leading, won't Satan sure as anything be out in force to find a way to convince you otherwise?  Remember that your enemy is real and that he "prowls around like a roaring lion looking for someone to devour." (1 Pet. 5:8)  But "we are not unaware of his schemes." (2 Cor. 2:11)

"Resist him, standing firm in the faith" (1 Pet. 5:9), and remember the catastrophic, world-altering consequences that can result whenever someone starts to listen to that insidious whisper, "Did God really say . . . ?" 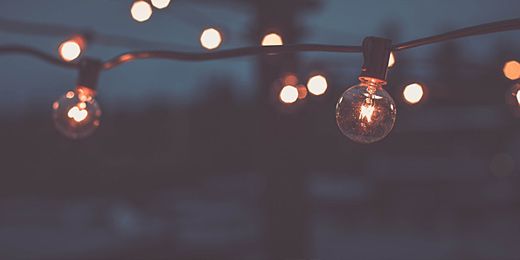 And now, loves, I need you to do one more thing for me:  Will you watch these three videos (even if you've seen them before) and really let them speak some truth to your soul?

[I'm sure you've heard this one before, but it still needs listening to.  (Also, I apologize for the somewhat scanty outfit in the beginning.  It's still worth watching.)]

[And then this one brings out even more of its potential.]

[This one is because I just went to an "old-fashioned hymn sing" (I know, right?!) and we sang this and it was awesome and I thought mayhap I should include it. :)  (Also, this video?!  Precious alert. <3)]

(If you want an adult choral version, one more similar to what I heard this evening, try this one.)

Thanks for reading; and now go and be happy in the knowledge that you are the Beloved of the LORD.

It is God's dream, and He delights to do it in us and through us.

-- David A. Seamands, paraphrasing Caleb and Joshua in Numbers 14:8-10