- November 10, 2013
I've seen these kinds of posts on other blogs, and decided I wanted to share my top ten movie heroes with you.  You should know, however, that this is the list of my top favorite movie heroes as of right now.  It's actually kind of been put together on a whim...This list is subject to change at a moment's notice;)  (In fact, it has, several times, throughout its creation.)  Oh, and as you guys could probably guess, there will be more than one from LOTR - but probably less than you're expecting! - and more than one from Disney movies.  Don't laugh.  Now, this list will be a kind of countdown, with the #1 movie hero being my favorite.  (I might not be quoting them entirely correctly;())  Here goes! 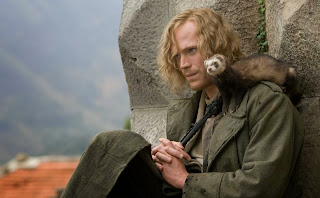 Favorite Quotes:
- "Before you say anything, let me tell you I'm here to save your necks."  "After putting them on the chopping block in the first place!"  *Dustfinger sighs hopelessly.*
- "Just get in the car!"
-  "You're very good at that."  *Farid smiles.*  "That doesn't mean we're friends or anything!"
- "You think I care what you wrote?  You don't control my fate, otherwise I wouldn't be here.  I'm not just some character in your book, and you - you are not my god.  So, do you have a copy of the book or don't you, because I would like to go home now, please."

Dustfinger is a citizen of "Inkworld," who is transported to ours when Mo "reads him out."  Thus, he is forced to remain for over nine years, trying to find Mo to read him back into the book.  Now, an argument that could be made against Dustfinger is that he's "weak and deceitful."  But that's not all he is.  Not all of him.  Sorry.  In case you didn't know, that was a quote from the movie.  Yes, yes, he leaves Meggie and Signor Fenoglio locked up in a crypt whilst awaiting their execution behind, but he goes back.  That's the point, people.  And seriously, the dude is a little desperate at this point.  He misses his family too hasn't seen his family in over nine years.  Wouldn't you be a little "antsy" to do whatever possible to get back to your family in his situation?

So, even though he does make mistakes, I really like Dustfinger.  (Well, duh.  If you didn't like him, why would he be on your top ten movie heroes list, Olivia?  You stupid girl!;))


#9:  Captain Phoebus from The Hunchback of Notre Dame 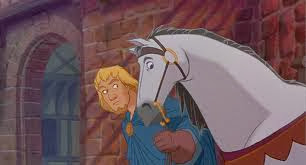 Sadly, I doubt if any of you have ever watched this movie.  *Sigh*  It doesn't seem to be very well-known, but it's one of Disney's most EPIC - and I mean that in every sense of the word - masterpieces.  Just go get it from the library.  Trust me on this one.  It's probably got the most of substance of any Disney movie ever made.  Like, ever.  But, ahem, anywho, this is supposed to be about Phoebus, not the movie he's in.  So, he's one of the main characters in THOND (The Hunchback of Notre Dame), and he's really funny.  However, he's also got a strong sense of right and wrong, I think, and is willing to die rather than do what he knows is wrong.  (The scene when Frollo tries to burn down the suspected farmhouse...*rolls eyes in ecstasy* it's just too epic.  But not as epic as the scene when Quasimodo saves - never mind.  I don't want to spoil it for you;))

#8:  Quasimodo from The Hunchback of Notre Dame 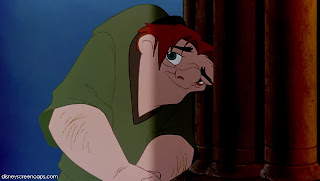 Like I said, just go watch the movie.  Then you'll understand.  But, on the slim chance that any of you have seen it, remember this part?  "SANCTUAARYYYYYY!  SANCTUUAAARRYY!  SAAANNNCTUARRYYYYYY!"  Wow, I'm about to shrivel up and die from the epic-ness of it. 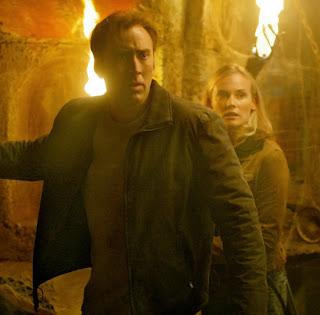 OK, so, don't laugh, but I think Ben is a great movie hero.  He does steal the Declaration of Independence,  but he's got good intentions, unlike Ian Howe.  And in the second one (and maybe the first one?  I don't remember.), he volunteers to stay behind and get killed so that the others could go free.  Unfortunately, however, he does move in with Abigail prior to marriage, which, ya know, is never good.  Grr.  Other than that, I think he's pretty cool, but that is a pretty big downer...

#6:  Joseph from The Nativity Story 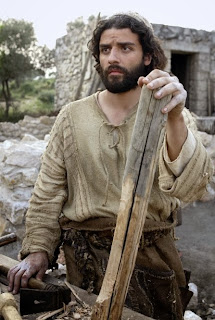 Did y'all know that this is my favorite Christmas movie?;)  'Cuz it is.  (I think.  I'm very indecisive, don't ya know.)  Joseph is probably my favorite character from The Nativity Story (well, I do also really like the wise men...).  He's just so SWEET, for crying out loud!  I think Mary was rather unkind to him in the beginning (I've got to put myself in her place; arranged marriage and all, but still...).  He's obedient to God's angel, not questioning, just trusting.  Joseph is awesome.  The end. 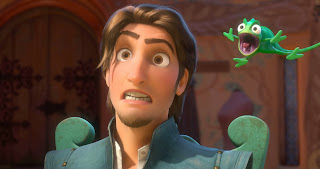 (Isn't that just about the best picture ever??;))

Of all these heroes, Flynn is probably the most quotable.  And, you know:  "You are my new dream."  Need I say more?;)  (By the way, does anyone else here think it's a little strange that Rapunzel likes Eugene Fitzherbert better than Flynn Rider???)

#4.  Samwise Gamgee from The Lord of the Rings movies 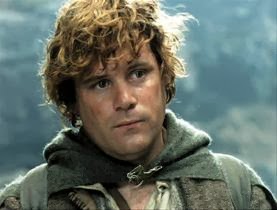 Favorite Quotes:
- "SAMWISE GAMGEE, HAVE YOU BEEN EAVESDROPPING?!"  "Please, sir, I wasn't dropping no eaves.  I was just trimming the hedges."  "And what did you hear?"  "Nothing important.  That is, I heard a great deal about a ring, and a dark lord, and something about the end of the world, but please...please don't turn me into nothing...unnatural."  (I'm pretty sure that was not quoted entirely correctly.)
- "I made a promise, Mr. Frodo!  A promise!  'Don't you leave him, Samwise Gamgee.'  And I don't mean to.  I don't mean to."
- "I can't carry it for you...but I can carry you!"
- There are more, but I don't really wish to list them all:)

Yes, my opinion of Sam has improved.  Feel free to cheer;)  Is it necessary to explain why Sam is an awesome hero?  He just is.  And you guys reading this know why.  So that's that:) 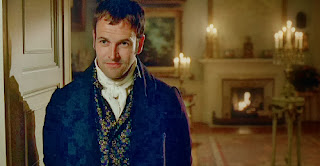 Favorite Quotes:
- "Harriet?  I do not mind what we talk of.  We can talk of Harriet if we must."
- "I cannot make speeches.  If I loved you less, I might be able to talk about it more.  But you know what I am..."
- "That man is so full of himself it's a wonder he can stay on that horse."
- (*Makes exasperated noise*)  "Really, it is better to be without wits than apply them as you do, Emma."
- "His hair cut?  Of course.  Imperative business indeed."

I love this adaptation of Emma.  It's wonderful - great costuming, acting, screenplay, etc.  And the way Johnny Lee Miller and Romola Garai portray Mr. Knightley and Emma is just so adorable, "even when" they're threatening me fighting with each other;)  I just love it:)  You should see it, all of you.

#2:  John Thornton from North and South 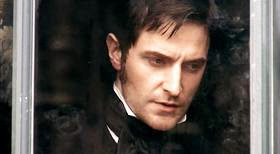 Favorite Quotes:
- "I do not want to possess you; I wish to marry you because I love you!" [SOB (From me, that is.  Mr. Thornton doesn't actually sob at that part.)]
- "And pray that Fanny's too busy to buy any more from the draper's."
- "You're coming home with me?"

Um, you didn't honestly think he wouldn't be on this list, did ya?;)  Yes.  You all know I love the character of Mr. Thornton.  And only Emily really understands why, but hopefully the rest of y'all will soon;)

(Now, I want you to think very, very hard about who #1 might be, and then it's possible that you'll figure it out;)) 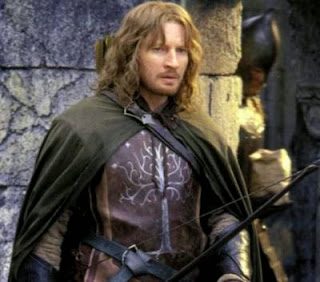 Didn't that just SHOCK you all?;)  I've already done my spiel about why I consider Faramir a hero, and I know I don't need to expound on just how much I love his character, so I'll just leave it at that;)

So there you have it.  There's my list of (current) top movie heroes.  And I must say, that was quite fun.  Quite.