I Feel I Really Must Clarify... 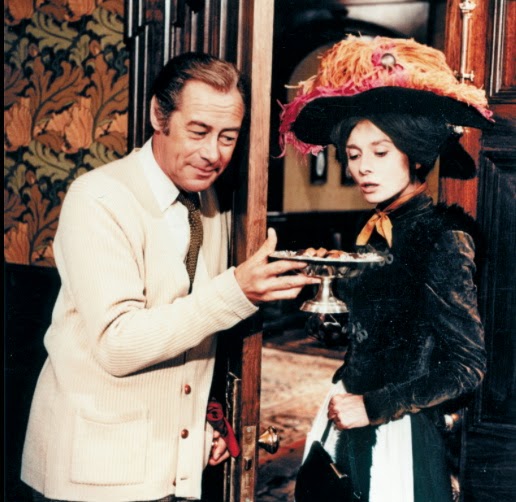 My dears,  a Rumor floated around some months ago that Anthony Andrews (he who stole our hearts as the elusive Pimpernel) has "recreated" the role of 'Enry 'Iggins from My Fair Lady.  The Rumor states that Anthony Andrews' portrayal has, as one descriptor put it, "blown Rex Harrison's out of the water."

I missed the broadcast of A.A.'s MFL, but I have listened to a bit of Andrews' performance, and...I remain as staunch in my belief as ever.  Remind me exactly why we prefer his portrayal to Rex Harrison's?

While I'm sure Anthony Andrews was delightful as Higgins (I personally didn't enjoy what I heard that much, but...as you've noticed, I'm somewhat biased:D), Rex Harrison, to me at least, took Higgins and basically embodied him.  He IS 'Enry 'Iggins to me, a confirmed old bachelor, and quite likely to remain so;)

This isn't to say I don't think Mr. Andrews is a remarkable actor.  He is indeed (TSP and the little bits of Ivanhoe I've seen).  In fact I'd love to see more of his work.  But I felt that I had to defend Mr. Harrison's *coughcough* Academy Award-winning performance *aHERM*.