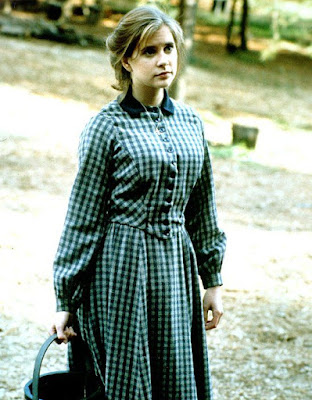 Well, folks, how are you?

{You may have noticed a change in the look around here.  As you may also have noticed, it is March, which means that SPRING IS HERE *throws confetti*.  (Hush.  "But me no buts" about specifics; in my estimation, spring begins PROMPTLY on March 1.)  Thus, the change.  I know it's a rather big one, and honestly quite different from what I had in mind when I set out to "refresh the look."  What think you all?  We'll have to see if I stay sold on it -- I may miss having a header and an (always) visible sidebar too much after a time. :-P}

I first watched the TV show adaptation of Christy (1994-1995) while hunched over a small iPod screen a few years ago, and recently I borrowed the series on DVD from a friend, and I've loved the book for several years, so I thought, what the heck, better crank out a review.

I don't recollect whether I watched the show prior to reading the book . . . I don't think I did . . . maybe I started the book, didn't finish it, watched the show, and then read the whole book?  Anyway, these details are inconsequential.  Let us to business.

*Warning:  This post will probably include spoilers for both the book and the show.*

I suppose I'll start with my feelings on the cast?

With Kellie Martin as Christy, I'm not sure exactly what I think.  She's cute, and she's spirited but sweet and all that jazz, yet . . . I don't know.  Something seems just a leetle off?  Perhaps it's just the fact that the whole series itself (and I do really like the series, let me be clear) has a tendency to wax cheesy now and then, reminiscent of a Hallmark production.  (In fact, I thought it was Hallmark up until recently.)  But other than some slight notion of her not completely capturing the Christy of the book, I think Ms. Martin did an excellent job.

Tyne Daly nails Alice's personality, though she doesn't look much like Alice is described in the book.  Of course, *spoilers* the TV show changes -- among other things -- the whole Margaret issue, and since Margaret is alive in the series, that adds a different facet to Alice's personality.  I'll admit, in the show Alice seems more . . . fallible, I guess?  Which is really a good thing, if I think about it, because she IS, after all, most certainly human.  Some of her responses to the dilemmas in the show just seemed somewhat un-Alice-like.  Again, however, that's probably a) a good thing, since neither they nor Catherine Marshall (I assume) were trying to portray Alice as an angel, and b) largely due to the huge impact of her daughter's still being alive and alienated from her.  On the whole, bravo, Tyne Daly! 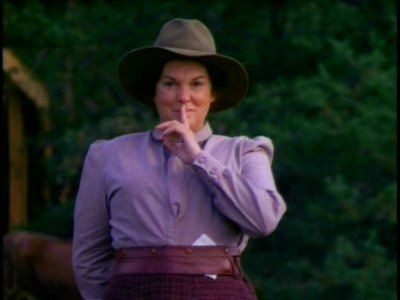 Neil MacNeill is -- pretty good, actually.  Stewart Finlay-McLennan looks and acts the part well.  Due to the series' rather abrupt ending -- ahem -- we don't get to see Neil's denial of God get resolved, but it is covered in the TV movies that they made after the show ended.  (Also, okay, help:  I can't decide whether his hair is cool or not.  Sometimes it looks good and then sometimes it don't.  Thoughts?) 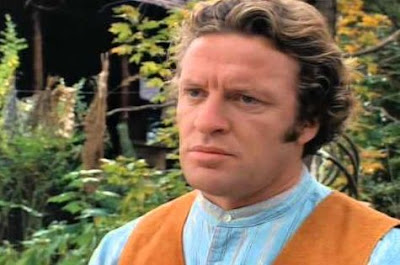 Some of the cast is Spot. On., though -- particularly Randall Batinkoff's David, Tess Harper's Fairlight, and Mike Hickman's Birds-Eye.  Most of them are, actually -- the children, including Lundy (though he's hardly in there enough to be able to develop his character), Ida, Rob Allen (such a dear lad), Opal McHone, little Sam Houston (THE CUTENESS THOUGH), the rest of the Cove people . . . by and large, the casting is well-done.

The story-lines of the show differ from the book, this is true.  Several of the incidents recorded in the book aren't included in the show, and several that aren't in the book are invented in the show.  So that's a little strange.  But I have to say, all in all, that I really like this series.  Not to be totally cliché, but it captures a lot of the "spirit" of the story and the characters.  One element I really appreciate is the show's handling of just the community in Cutter Gap.  Its depiction of the poverty is excellent, and the way it highlights the bond between families and between the children and Christy is most satisfactory.  And then, of course, there are the -- ahem -- love stories interspersed, so that's a thing that is cool (most of the time). ;)

The children, especially, are a major draw of the show.  Their innocence and sweetness and quirks and strengths and weaknesses and misfortunes and jubilees are all touchingly portrayed. 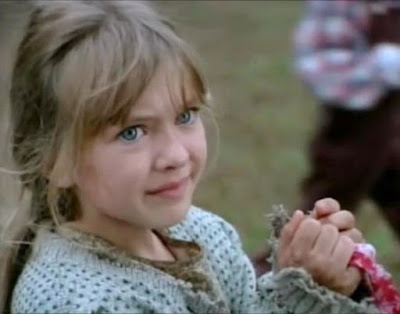 *Spoilers -- ish*  Leaving aside the question of whether the makers should have altered the situation surrounding Margaret, Miss Alice's daughter, I think it's done pretty well.  Of course, they also change the circumstances of Miss Alice conceiving her, which is ehh.  But other than that, the actress who plays Margaret does a really good job, in my opinion.  It's interesting to see how it influences the different characters and brings out different aspects of them that you wouldn't see had they not changed it. 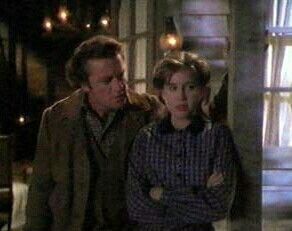 My favorite romance was -- well, Neil and Christy, obviously, because of reasons. :D  But I also really, really love Tom and Opal McHone.  Particularly at the end of "Babe in the Woods" when *still spoilers -- ish* Tom tells Opal that they're adopting the baby, and that he wants to name her Iris.  That moment really touched me, because you can really see in his face how much he loves Opal and wants to make her happy, to help her heal after the tragedy with their daughter.  THEY'RE JUST SWEET AND PRECIOUS AND THE MORE I THINK ABOUT THEM THE MORE I LIKE THEM.  Also, I thought it was sort of Really Adorable how the makers incorporated a few hints of the romance that might possibly happen between Ruby Mae and Rob Allen.  (That is who they were in the book, right?) In that scene during "Green Apples" when Ruby's confiding some of her fear to Rob, and she tells him that she's always looked forward to her first dance, and then he gets up and goes over to her and dances with her in the middle of the sickroom?!?!  I mean, yes, they're a wee bit young for "such foolishness," but still.  'Tis cute. 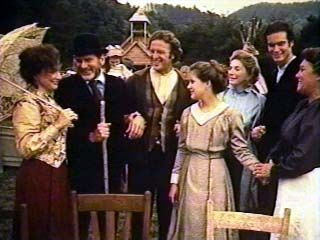 Final verdict?  Though the TV series certainly has its flaws, and some of them are more glaring than others, it also has definite good points.  In general, I think it's awesome. :D

What about you?  Have you read Christy and/or watched the show?  What did you think of it/them?