As you may know, Rachel Kovaciny, author of The Man on the Buckskin Horse, Cloaked, and No Match for a Good Story, is set to release the second installment in her Once Upon a Western fairytale retellings anthology in August.

And now, I'm pleased to say, she's revealing the cover!

But first, howzabout a brief blurb about the story itself?

A drifting Civil War veteran tackles the task of figuring out who's been spiking the apple cider at a Kansas dance hall owned by a family with twelve daughters.

^^ First of all, how are people able to condense a whole plot into such a short yet perfectly informative sentence??  Skillz, man.  Second of all, I'm excited to read this!

Aaaaandddd, aren't you excited to see the cover? 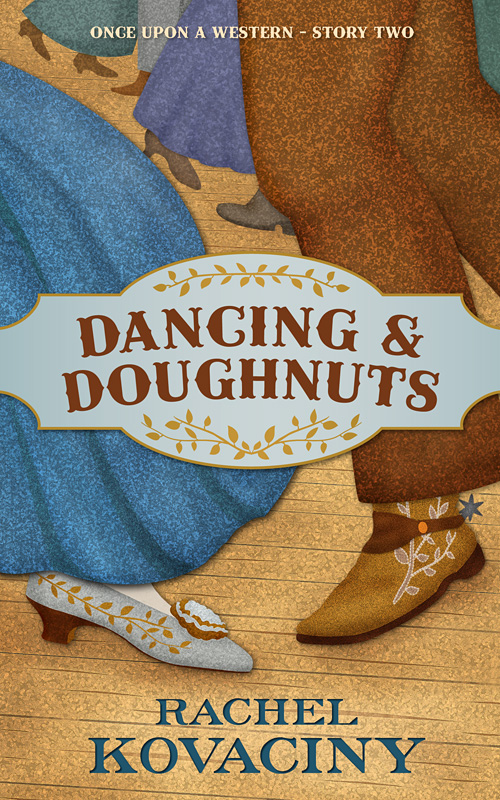 Doesn't that just look like apple cider and barn raisings and doughnuts and all things comfy and country and homey?!

Here are all the pertinent links:

Don't forget, Dancing and Doughnuts is slated to be released this August!!!