June 10, 2019
Eva very kindly tagged me for this, and I was so excited.  A good tag is hard to beat, and this one is great fun (although it was strangely difficult for me to come up with answers :-P). 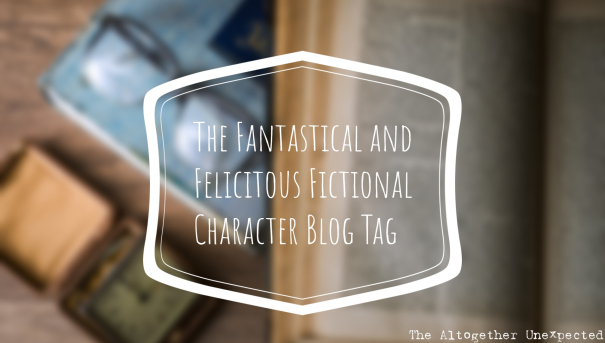 Goody-two-shoes: A character who was just so morally good

Aragorn from The Lord of the Rings.  A+.  Solid person.  Quality dude.  Can't think of many flaws. 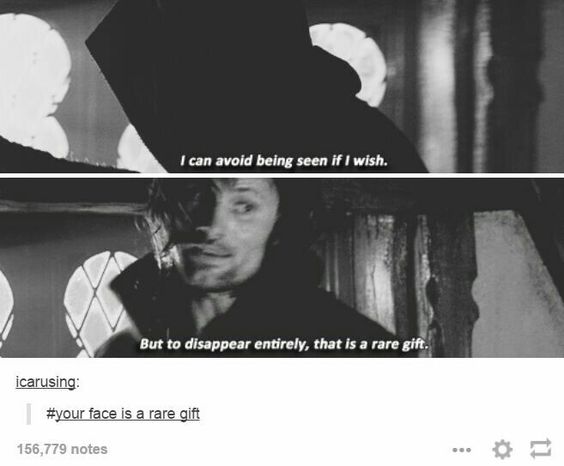 I really love Aragorn.  It would be easy to get irritated at how often people assume he must be my favorite LotR character or ask why he isn't, but in the end I can't really because I get it.  He's not my favorite, and he doesn't touch my heart the way some of the others do, but he's absolutely wonderful and I have nothing but respect for him.  He seems, at times, to doubt himself, as if he can't see his own merit, but he always tries to do the right thing and I can't think of any instances wherein he fails.  He's selfless, courageous, and faithful.

Heartbreaker: A character who made you cry
So Roy made me ugly cry in the fourth episode of the first season of BBC's Robin Hood.  I think I yelled a little bit, actually.  That was new, and I'd give it about a 2 out of 10. 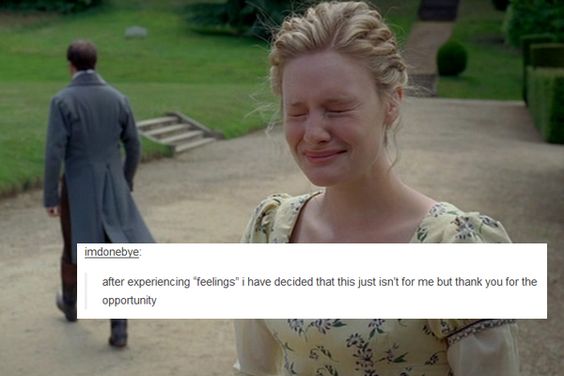 We hardly get to know Roy at all, so I don't even know why that made me cry so much, why it was so very affecting for me.  Maybe because I wasn't expecting it??  I really don't know, but it did and it was.

Parrot: A character who won’t stop talking
My Gilmore gals are certainly very chirpy.  I love them, but even I am sometimes a little dazed by the sheer amount of rapid-fire, sometimes nonsensical dialogue.  Still, I suppose that's one of the appeals of the show. ;) 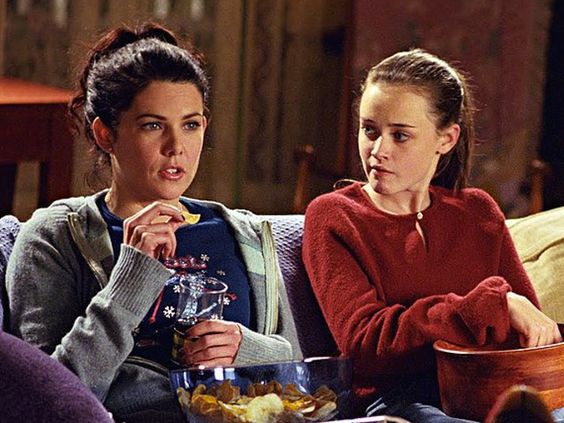 Devilish: Your favorite villain
The one who springs to mind is Captain Hook from Barrie's novel, because he's the only villain I can remember consciously thinking of as my favorite.  (It may have changed, though.) 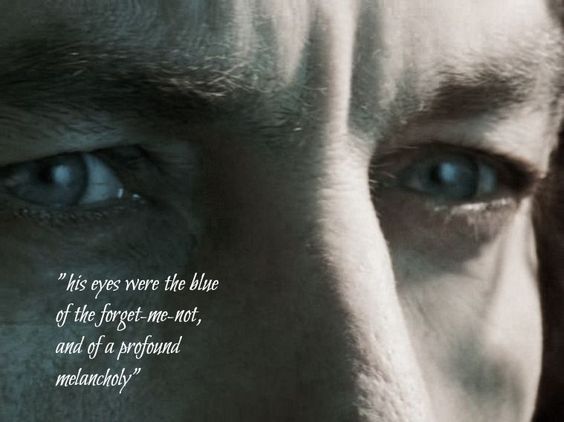 I remember loving how he was written, with that blend of whimsy and evil and a touch of conscious pathos.  I think an excerpt will explain better than I could, so:


"The man was not wholly evil; he loved flowers (I have been told) and sweet music (he was himself no mean performer on the harpsichord); and, let it be frankly admitted, the idyllic nature of the scene stirred him profoundly." {Chapter 13}

I just love how tongue-in-cheek (if that is the appropriate word) and playful Barrie was when writing this entire book, how extremely concerted the effort was to make all this sound like it was a famous kind of legend.  I'm not finding the right words to explain it, but that's the truth.

Love interest: A character who, if alive in reality, you would want to marry
I HAVE STRUGGLESSSSSS.

I really don't know.  Faramir, for all the reasons ever?  Tom Harte, because he's protective and silent and has a wry sense of humor?  You would think this would be easy, since I pretty much know who my favorite fictional heroes are.  BUT IT IS NOT EASY. 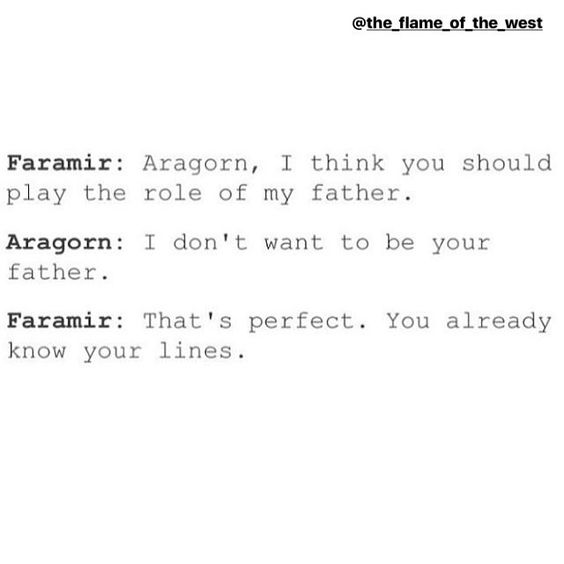 Because, see, I love them to the moon and back, but I don't know if I would marry them if they were actual people.  Y'know?  I don't know if we'd actually be all that compatible as a real couple.

For the sake of the question, let's go with either Jim McKay from The Big Country or Illya Kuryakin from The Man from U.N.C.L.E.

Jim McKay because his refusal to prove his manhood by being a pugnacious idiot is incredibly refreshing to me, and because his personality seems pretty congenial: sensible and fairly quiet, but friendly and playful as well.

Illya Kuryakin because he's one of the softest, most adorable characters I've ever encountered and I would probably hardcore fall in love with him.  (Although, I have to say, I would have slightly more qualms about him because I'd need to be absolutely sure that he had his, um, violent-outburst tendencies firmly under control.)

(For the record, "He's trying. to stop. the car. " is possibly my favorite line of the whole movie.)

Sidekick: A character who was always loyal no matter what

In the Books of Pellinor quartet ⎼ WHICH IS INCREDIBLE AND WHICH TOUCHED MY HEART AND WHICH I HOPE TO REVIEW SOMETIME SOON ⎼ Cadvan sticks by Maerad's side through thick and thin, through arguments and estrangements and separations and backstories and besetting sins.  And I LOVE THEM SO MUCH I CANNOT. *tears up a little*

"'I will not abandon you, Maerad; it's too late for me to turn away.  And I will do my best to help you, even though you plan to do what I think you should not, even though I fear the ruin of all our enterprise in this venture.  I will do this, out of the love that I bear you.  For no other reason.  May I be forgiven under the justice of the Light.'

Maerad was overwhelmed with relief.  She hadn't understood until that moment how much she had feared that Cadvan would abandon her.  Unable to speak, she reached out and took Cadvan's hand." {The Singing, Chapter 13}

Complicated: A character you love and hate
Thomas Barrow from Downton Abbey.

The man is so insidiously awful to certain people at certain times, but he's so hurt and tender at other times that I can't help but root for him/believe in him.  (Plus, I've been informed by reliable sources that he has an #Arc.)  Life has not been incredibly kind to him, and he absolutely wallows in self-pity and he absolutely should step his game up regardless, but I still love him.  He still tugs on my old heartstrings, as they say.

Oddity: A character who was strange, but you loved them that way
Sweet, beautiful, struggling Bella Brown from This Beautiful Fantastic.  Food sectioned off on her plate, a different toothbrush for every day of the week, multiple checks to make sure the door is really shut, continual fighting to overcome her phobias, a desire to learn Irish . . . I love her and I'm proud of her and her movie makes me very happy. ♥

Queen: A female character who you admire and aspire to emulate
I'll go with Oscie Mason from In My Father's House, because she's smart, assertive, bold, and willing to grow, change, make mistakes, and then learn from those mistakes.  She's what you might call a "powerful female character," and she Gets Stuff Done, and she's not afraid to have emotions or to express them. *nods approvingly*


Savior: A character who oddly reminds you of Christ
Okay I LITERALLY HAVE NO SATISFACTORY IDEA.  I don't think of many characters as specifically Christlike unless they're already allegories for him (like Aslan from The Chronicles of Narnia and the Shepherd from Hinds' Feet on High Places).

But I will say, I seem to recall Miryem in Spinning Silver having to perform some sort of dangerous, sacrificial deed for the greater good of a people who had mistreated her own, there at the end of the book.  For some reason that came to mind, which is interesting since I wouldn't have thought of her as a Christ figure at all but for that.  But yes, she chooses to go above and beyond the call of duty for the subjects of her captor, and in so doing she influences said captor for the better.  So, there you are.  Make of that what you will. 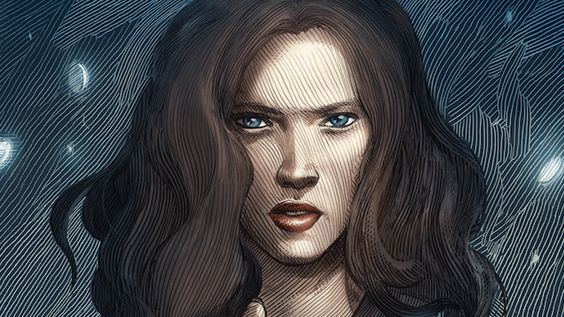 (I don't know; for some reason the question makes me a little uncomfortable??  Not sure why.)

And, though I know everyone says this, consider yourself tagged as well if you want to do this tag! :)  Here are the questions:

Have at it!
books Gilmore Girls Lord of the Rings movies Robin Hood tags television Westerns