Lessons in Good Writing from 'The Chronicles of Narnia' 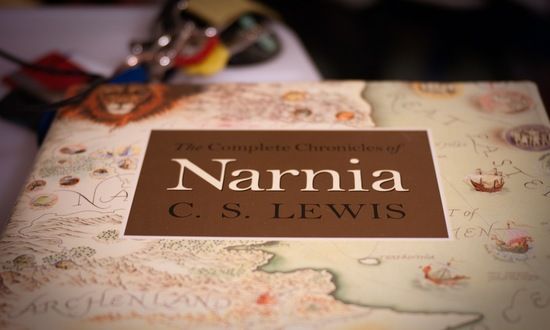 Lately I've been immersing myself in Narnia quite a lot.  I recently re-read The Magician's Nephew, and I've been listening to my preferred audiobook version of The Horse and His Boy practically on loop while at work.

It's reinforced for me what truly excellent examples they are of stellar storytelling.  And since Narnia is one of those passions that I don't spotlight as often as I could wish on this blog, here are some of the writing-related things the books have got me mulling over lately. 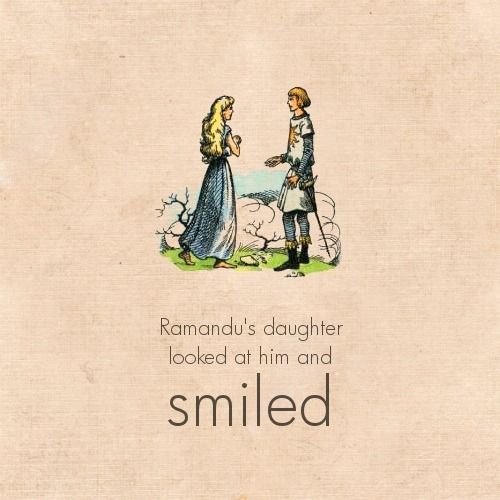 The Narnia books are not 400 pages each, and they don't have to be.  Lewis knows the story he's trying to tell, and he doesn't need to bulk it up with irrelevant, extraneous words just for additional length.

But that doesn't keep him from incorporating small, tangential subplots sparingly and tastefully.  Not every plot point that's brought up in the Chronicles is fully fleshed out, and (from what I gather based on some of his letters) that was intentional.  Lewis pays his demographic, children though they are, the courtesy of assuming that they're intelligent and imaginative enough to fill in the gaps for themselves.  (Example:  All the times he'll dangle a little developmental carrot for a secondary character and then say something like, "But that doesn't come into this story"; or give the briefest little glimpse into the old folklore of Narnia.)

He has this way of painting an incredibly clear picture with just a few choice words.  It's almost, actually, like haiku in prose form: evocative and poignant but simple and concise.  Somehow, when Lewis describes a natural scene or a person's expression, I can (almost) always visualize it more easily than I can with other authors.

I love how Lewis proves that you can craft a fully realized story in a small amount of space.  His pacing is almost always flawless. 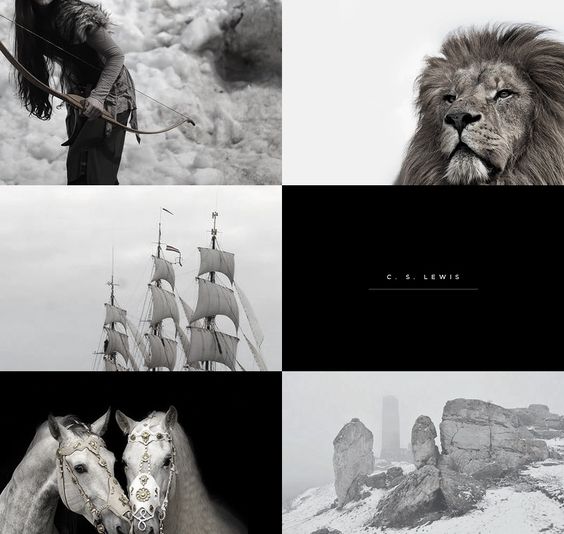 Even though the Narnia books aren't comedic in style, they're very funny and the amusing bits are always a complement to the serious bits, not a distraction from them.  Usually it's just a choice line or two, but they're stunners.

THIS IS HOW YOU INCORPORATE YOUR FAITH INTO YOUR WRITING, FAM.  Of course, the Chronicles ⎼ or, at least, some of them ⎼ are allegorical, so the religious theme is fairly explicit and clearly intentional.  How-some-ever, it's still not heavy-handed.  The Magician's Nephew; The Lion, the Witch, and the Wardrobe; and The Last Battle are all a bit (or a lot) more obvious about it, but overall, Lewis manages to weave spiritual lessons into the books that are relevant for both the story itself and for his audience while keeping them subtle but unapologetic. 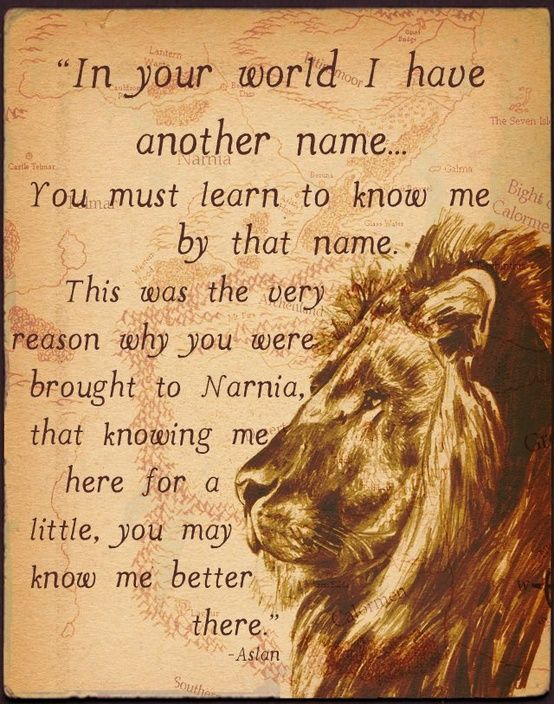 His hints into the deeper basis of Susan's doubts in Prince Caspian?  "You have listened to fears, child. . . . Forget them."

His nod to God's permeation of all created things and beings in The Horse and His Boy?  "He seems to be at the back of all the stories."


And there are so many more.  It's such a deeply beautiful, deeply spiritual saga.  God's used it in so many people's lives; I know he's used it in mine. ♥


I feel like this is an element of all the other things I talk about in this post, but, again, this series can be really, really subtle.  I understand that not all of it is, but the more you read and dissect them, the more hidden gleams of intentionality, spirituality, and character development you'll find.  I love ⎼ love ⎼ how Lewis can convey such key relational dynamics and plot developments with just a few well-chosen and held-back words.  Case in point (again, from The Horse and His Boy):

Aravis asked Bree for his story.  Bree told it, and Shasta thought that he put in a great deal more than he needed about the falls and the bad riding.  Bree obviously thought it very funny, but Aravis did not laugh. 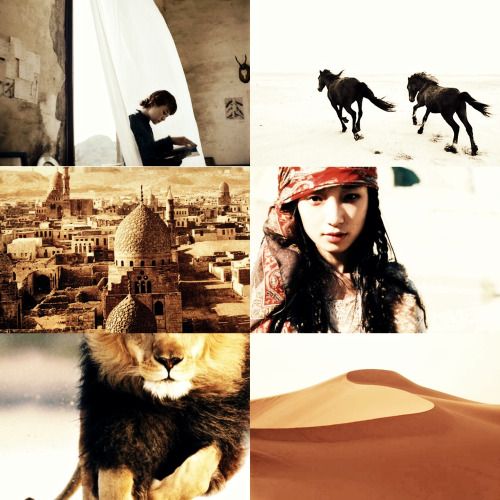 Since he's writing both for children and adults (but primarily children), Lewis has to handle nuances in relationships, divine encounters, and even slightly more mature themes (like the danger of Rabadash kidnapping and sexually enslaving Susan in The Horse and His Boy) rather delicately.  Gradations of character development have to be described both bluntly and subtly.  He often adds just a word or two to describe someone's voice when they say something important ("in a rather funny tone", etc.), which provides plenty of telling insight into what they're thinking and feeling and how they're growing or contributing to the story as a character.

Narnian characterization is simple and sparing, but it speaks volumes. 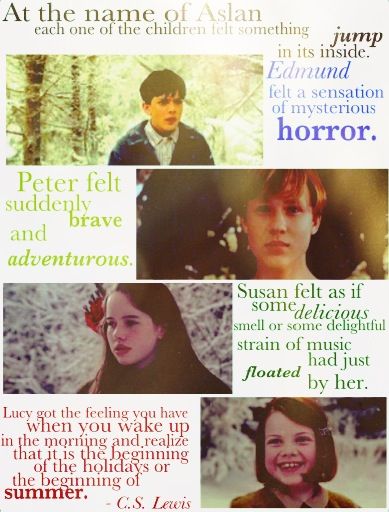 Lastly, as I said earlier, the Narnia books are strangely immersive for me.  Not every time and not on every page, but there are several descriptions of either bustling cities or secluded hollows or silver-bathed bays that jump right out at me.  I can picture them almost perfectly.  And that's because they're written almost perfectly.

AGAIN I SAY, don't underestimate the benefits of straightforward yet subtle storytelling.  Say what you mean and mean what you say, and hone your craft until you are able to do that with both beauty and clarity.

What things do you most appreciate about The Chronicles of Narnia?
Who are some of your favorite writers?  Which ones inspire you?