December 17, 2015
"Billy, no one of our age has ever taken power."
"Which is why we're too young to realize that certain things are impossible!  So we will do them anyway."

All right, LET'S DO THIS. 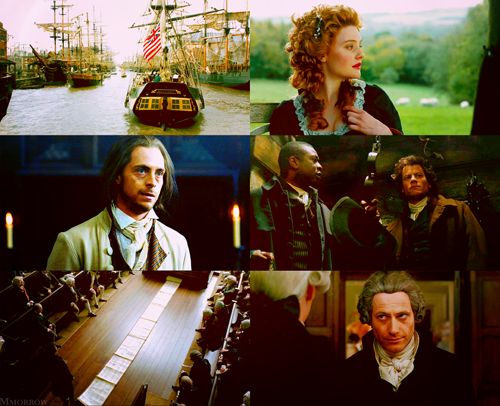 (I'm not even going to try to keep from spoilers in this review.  You've been fairly warned.)

Amazing Grace follows William Wilberforce while he starts as promising, charismatic politician of integrity ("Where are you going?"  "To look up the word 'integrity' in Dr.                's dictionary."), becomes a passionate and faithful advocate of the abolition of England's mega-franchise, slavery, and has his fervor reignited after his health and spirit experience a decline due to his loyalty to the cause.

I always forget just how special this movie is between watches.  I mean, I always know it's a special movie, but I forget just exactly how much I love it. 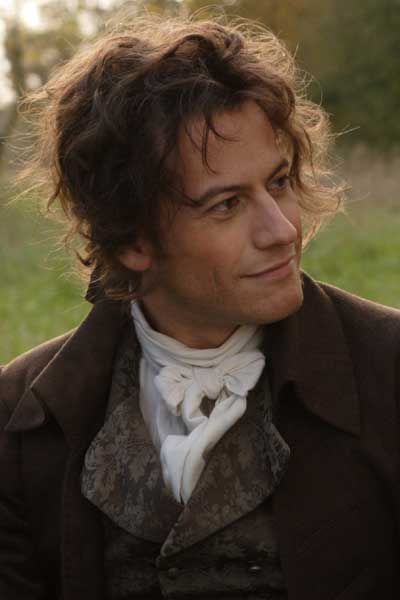 SO.  William Wilberforce, or, as he's called in the movie, "Wilby" or "Wilber" (isn't that adorable?! :D).  I don't know that much about Wilberforce, because my knowledge of history is positively dreadful, but from various special features, and the little bit I do know, he was apparently the first man to start a number of clubs/associations/etc., such as:  the first animal welfare society, the first Bible study, I think I might have heard something about the first book club?  He was a dedicated, passionate spokesman for God and justice.

…Basically, I want to marry him.

Words fail, and all that, but here are just a few more:  "Barbara and I have discovered that we're both impatient and prone to rash decisions...but she wants to tell you about it herself."

Whereupon I, as a friend of mine put it, "am a squishy puddle of goo" as the wedding scene happens--their looks as she's walking to the altar, and then the hymn "requested by the bride".  JUST.  SQUEE.

Did I mention that Benedict Cumberbatch makes an appearance, back when he was just a wee unknown laddie?  Indeed, he plays Wilberforce's friend William Pitt (Billy).

I just love the characters in this movie.  They're all wonderful:  great people, excellently cast and acted, and I like how we get to know each one a little bit.  I'm especially partial to Charles Fox (because Michael Gambon) and Thomas Clarkson (because Rufus Sewell).  Oh, and John Newton (of course) and the young guy who assists him later after he becomes blind.  They seem to have a sweet relationship :)

I love the part when Wilby and Thomas go to talk to Billy about their plan regarding the use of neutral flags on ships, or something or other.  "We just need someone really really…boring."   Clarkson is especially awesome.  (I just said that, didn't I?)  I mean, his lines!  "It's just a word."  "Sweet little…rabbit."  "Why did you wait for your butler to leave before you…came out of the box? *cracks up*" 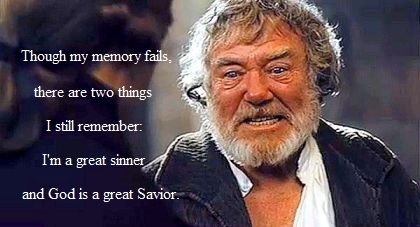 The movie is full of so many spine-tingling moments.  The above quote, for one.  And the amazing, glorious, tear-jerking ending.  It's so beautiful.  I think I'm going to talk a bit more about it in another post, so that's all I'll say for now.

Long story short, I LOVE THIS MOVIE.  And you will, too, if you watch it.  So go watch it.