"Wake up the city and sound the ALAAAAAARRRMMM!"

- April 12, 2016
(First of all, a HUGE thank-you to Ashley for telling me how to manipulate the video-gimmick's idiocy and get the correct videos to come up!  Thanks so much, girl!)

GUYS.  As I mentioned in my previous post, Olivia has a new musical jam.  You know how I adore Disney's The Hunchback of Notre Dame?  WELL.  Recently I discovered that the self-same Alan Menken and Stephen Swartz who collaborated on the music for the Disney movie (and for Pocahontas; one more proof that these two are the best Disney films evah) also created a stage musical version.

It is on.  Guys, I can't stop singing the praises (heh) of this musical!  Okay, yes, I haven't actually seen it, nor have I actually listened to more than three of the new songs they added, BUT, still and yet, those three happen to be three of the most flippin' amazing things I've ever had the good fortune to hear.

The first one I'm going to show you is called "Esmeralda" and is, apparently, the act one finale number.  People are comparing it to "One Day More," and while I can't claim that it's on the same scale as ODM, I will say that I like it better ;-P  I've been listening to it nearly every day or two for about a week, and it just brings joy to my soul, guys.  Here it is.  Drink it in!

I JUST.  People.  This song.  I love basically every single stinkin' thing about it.

There are so many parts that give me goosebumps from the sheer epic-ness, like whenever Michael Arden hits a note *ahem*, or whenever the chorus joins in, or when they play the "God Help the Outcasts" motif when Phoebus is having the crisis of conscience (props to one of the YouTube commenters for first drawing that last one to my especial attention).  It just makes me really, really happy :)

This next one, "Made of Stone", is with Quasimodo and the gargoyles (don't let that deter you from listening to it--it's seriously tragic and amazing).  This is when Frollo is about to burn Esmeralda, and Quasimodo is so exhausted and discouraged that he's contemplating giving up.  They really expanded the scene and went deeper into what Quasimodo must have been feeling than the movie snippet alternative, and I think it's pretty great.  Have a listen: 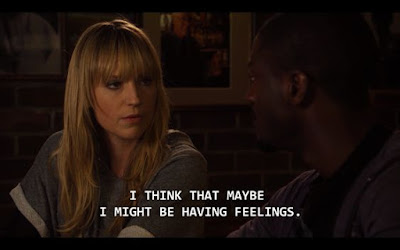 Michael Arden, WHO ARE YOU?!?!  I'd never heard of him before, but man oh man.  Just…#respect.    It's such an accurate picture of what Quasi's psyche must have been in that moment--perfectly capturing years of rejection, seclusion, disappointed hopes, heartbreak…gahhhh.

…And, finally, the best for last!  (Well, I think.  This one and "Esmeralda" are kind of tied for my favorite.)  "Someday" is just achingly gorgeous.  It's too much, I tell you, too much.  It's sort of like "I Dreamed a Dream" in the beginning, but then it's basically "Imagine" (only with no lyrics that I in any way disagree with).  It's just. too. beautiful.

In all seriousness, it makes me melt inside.  And--eeeeeekkk!--I'm getting to sing this (AND "God Help the Outcasts") for voice lessons!

I really love the lyrics.  They're so simple, yet incredibly powerful.  It's a song about the heaviness Esmeralda sometimes feels, but also her unshakeable faith that the world can and will improve.  *happy sighs*

Okie-dokie, there you have it.  What I've been geeking out over lately :D  Have a wonderful day, you beautiful starlets!