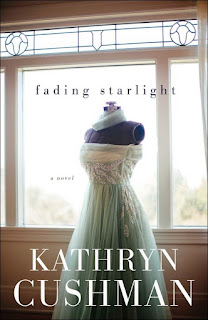 [I received a complimentary copy of this book from the publisher in exchange for my honest review.]

Lauren Summers is in hiding.  Her fashion house internship was supposed to launch her career, but a red carpet accident has left her blackballed.  The only job she can find comes with little pay, but at least it offers a free place to live--a rundown cottage in the shadow of a cliff-side mansion.  Planning to live on savings until she figures out what's next, she's unprepared to be contacted by a reporter.

Kendall Joiner is researching Charlotte Montgomery, a former Hollywood ingénue who lives a reclusive life in the cliff-side mansion.  Rumors have swirled for decades about Charlotte, and now Kendall wants to find the real story.  In return, she may just have the key to getting Lauren back into the fashion world.  Desperate to restore her dreams, Lauren's not sure she can turn down the offer--but as she and Miss Montgomery get to know more about each other, Lauren realizes nothing is quite as it seems.  ~ synopsis from the back cover

The same phenomenon has occurred twice within a year's time.  I actually really enjoyed a CFR book from the blogger review program!

Yes!  It has happened!  I actually have virtually nothing negative to say (the only thing I can really think of is that there were a couple punctuation errors which got a leetle distracting, and even that is definitely splitting hairs) about this book…which is majorly weirding me out.

First up, CAN WE TALK ABOUT THE COVAH.  It's very Olivia-approved.  Especially in person, seeing the physical copy, the minimalism and softness of the palette and design bring joy to my geeky soul.  Now, on to business.  Beware of unmarked, moderate spoilers!

Fading Starlight is different from most CFR I've read in that a) it's contemporary and b) the romance is very, very slight.  *nods head*  Yes, that's right--Lauren does have a love interest, but for the vast portion of the story, he's just there in the background, a sort of "Hey, we're not going to focus on it, but this girl will eventually find love."  (And he's nice.)

The plot is unique, too, in that it delves into the world of modern-day fashion and journalism.  I liked the beginning scenes at the red carpet and everything.  It brought Project Runway to mind, as practically anything fashion-related is prone to do ;D 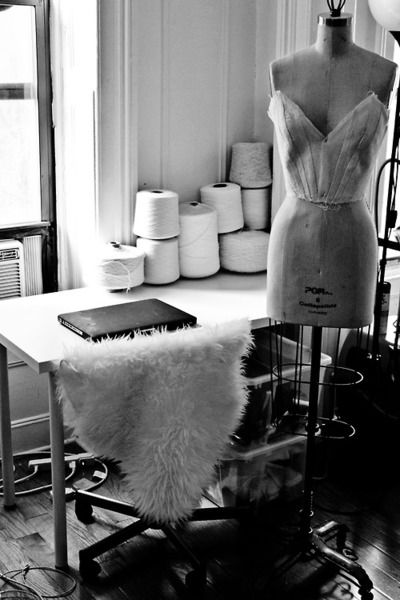 Since Lauren is a big fan of vintage clothing, and of vintage movies, there are a lot of classic references that pop up throughout the book, and it's awesome!  In fact, while we're here, how's about getting the particularly-good-bits part of the review done?

The dust was indeed thick on everything…Lime scale ran down the back of the sink, grime of an indeterminate nature stuck to the floors, and every bit of the upholstery looked as if it had gone through a dust storm that would have taken down John Wayne.

Another of Rhonda's quotes came to mind.  "A ship is safe in harbor, but that is not what ships are built for."

Frances Brown looked to be about sixty and had short, curly brown hair with just a hint of gray mixed in.  She was quite lovely, with a square jaw and a full chin, reminding Lauren very much of Bette Davis in the movie she'd watched recently.  Smaller eyes, but whose eyes weren't smaller than Bette Davis's?

[Lauren] sat on the steps to her front porch and looked toward the mansion next door, silhouetted against the starlit sky.  Did a woman live there who needed her help?  Or was it a murderer who needed to be exposed?

Neither seemed all that likely to Lauren.  She thought of Miss Montgomery as a grumpy old lady who had too much money and not enough kindness.

This was the point where the gifts of the heart were separated from the gifts of convenience.  Where what she professed she believed collided head on with what she felt like doing.

"She's a great reader.  Loves all kinds of books.  I think that is her way of at least staying partially in touch with the world she has mostly left behind.  She can read a book and feel that she has experienced a little of it." 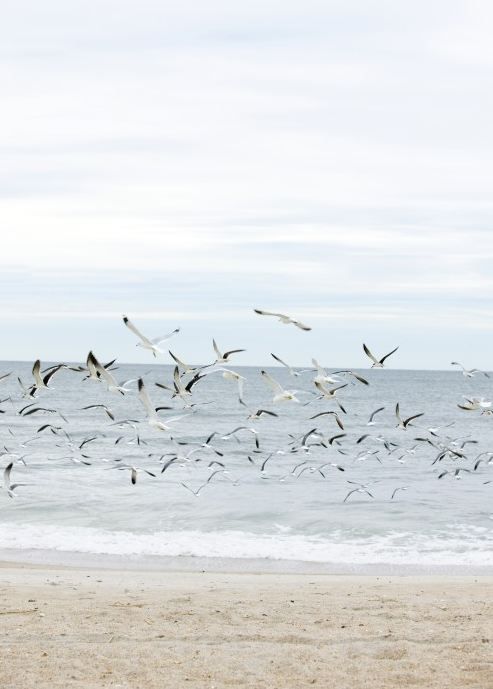 The setting of FS is interesting to me as well--a private subdivision community, including both slightly run-down cottages and impressive mansions.  Aforementioned private subdivision by the seaside.  It's calming--imagining the private boardwalk, the salt smell, and the sandy beach.  Actually, the story rather jumps around in terms of setting, because Lauren is living in this reclusive cottage, as I said, and she is working for a high school's production of Camelot in a not-too-distant city, AND she has to head back to…it's either Los Angeles or Las Vegas (I think it's Los Angeles)…for her friend Chloe's wedding shenanigans.

Oh, and speaking of Chloe, Chloe is a doll.  I liked Chloe.  The characters all felt legitimately authentic to me--which is rather rare.  I actually caught myself, one day, about to pray for Lauren in one of her predicaments!  She was apparently that real to me. 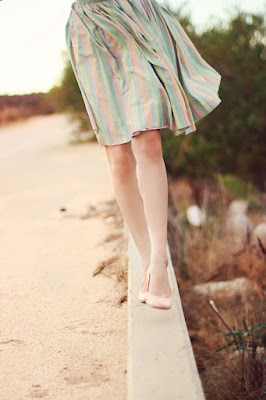 The Christian element of the book is a breath of fresh air as well.  There are a number of verses from a wide range of the Bible, and Lauren takes time regularly to be alone with the Lord.  She seeks His face and His will for her life.  One thing I found particularly convicting was how Ms. Cushman emphasized the importance of accepting God's forgiveness and redeeming grace for your mistakes, but also the importance of accepting the consequences you sometimes have to endure as a result of those mistakes.  I also loved that there was that one specific verse that kept running through Lauren's brain, warning her, even though it seemed random, out of place, and strangely persistent.  So often in life, God will use similar methods to warn us of mistakes we are about to make, so it was neat to see that played out in the story.  Lauren herself was pretty inspiring, really, in that she had gone through a lot in her past, yet she didn't let it define her in any way.  It wasn't even a big part of the story--not much mention of it was made, and when it was, it always pointed back to Lauren's gratefulness at having been taken in by Rhonda.  She was human and vulnerable throughout the difficulties she undergoes in the story, yet she casts herself on God's sustaining grace with no melodrama and a lot of trust.  The more I think about Lauren, the more I really like and even admire her.

While Catherine Marshall's Christy (and, to a lesser degree, her Julie) remains a paragon of what Christian fiction romance ought to be, and one of which almost every other CFR book I've read falls somewhat short, I've got to say that Fading Starlight came pretty close to fulfilling my ideal :D  Now, the comparison is kind of unfair, because FS is not a deep and gritty story like Christy.  Howevah, its very simplicity, relaxation and refreshment are the things which make it so successful in my book (ha).  I think one of the biggest draws for me is that Ms. Cushman doesn't try to make the story something it's not.  She knows the tale she's telling, and she tells it simply and in a straightforward manner--"with no highfaluting mumbo-jumbo," to coin a phrase.  That's not to say the writing isn't good--because it is. It just means that the book was so refreshingly free of the cheesiness and overdone drama so prevalent in a good bit of CFR.  Well done, Ms. Cushman!  I really, really liked this one, and I want to try more Cushman books now!  *huzzahs and confetti*