- June 19, 2016
Because this show is my jam and it's very widely under-appreciated.  As in, it seems like nobody knows about it.  And that's just SAD, dontcha know :P  Also, seeing as it's Fathers' Day, and my dad likes to watch this with me sometimes, it seemed like a very appropriate time to do this post that I'd been planning for a while :)  So, without further ado and in no particular order, I give you fifteen little reasons to watch the TV show Leverage!  *confetti and general fanfare* 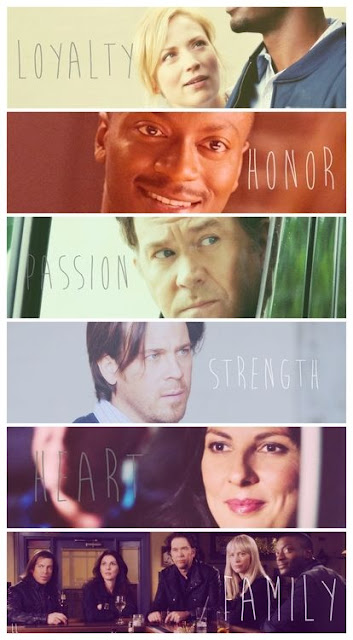 #1.  It's a modern-day Robin Hood.  Yep.  Nate is a wannabe Robin Hood (he's actually called that in the show), and the rest are basically the Merry Men.  Er, Men and Women.  'Cause, you know, there are also two girls on the team.

#2.  Sophie Devereaux  She is, like the above collage indicates, the heart of the organization.  She's a grifter, so her job is to put on an act, yet her real theatric dreams are slow-coming because, unless it's part of a con, she can't act worth anything.  It's cute :)  Without Sophie's grasp of human nature and gentling presence, the team would be a slightly dysfunctional mess.  Her mentorship of Parker in particular is so adorable, as is Parker's helplessness and reliance on her:  "I will not be fine!  I stabbed that guy with a fork!"  Sophie is a mom figure to the younger three, and she keeps Nate's head above water when he's sinking.  She really anchors the team, probably because she's basically the only one, at the beginning at least, who actually knows how to interact with other people on a normal level.  (I think the cheesiness of the show is rubbing off on me.) 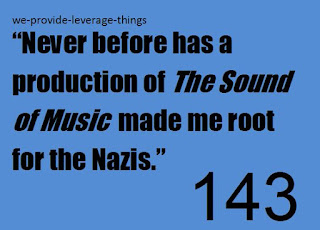 #3.  Speaking of the cheesiness…  It's so gloriously cheesy!  Seriously.  I mean, parts of it are meant to be silly, and parts of it aim for (and achieve) legitimate feels, but other parts are just too overdone.  To steal borrow a phrase, "Do I care?  Heck no."  Most of the cheesiness is Nate's fault, anyway, and Nate is my least favorite character, so it doesn't really bother me.

#6.  Despite how corny and overdone it can be at times, there are also moments of surprisingly real, emotional drama.  In my opinion, at least.  I mean, from the very beginning, you've got Nate struggling with the death of his son, which could have been prevented.  Other than that, there's the bio-terrorism episode when Elliot, Parker and Hardison are on their own, the job when every fan ever is freaking out for the entirety of the episode Hardison gets buried alive for a bit, the time when the team didn't get there in time to save that mountain climber, and the time when Nate is calling Sophie and is losing it completely, right before the S2 finale, when she was still on her sabbatical and he couldn't take it anymore.  And that's just a start.

#7.  Nate Ford.  Yeah, he bothers me (probably because he's kind of a self-satisfied know-it-all at times), but he's a good scout for the most part.  His heart is more or less in the right place, as it were. 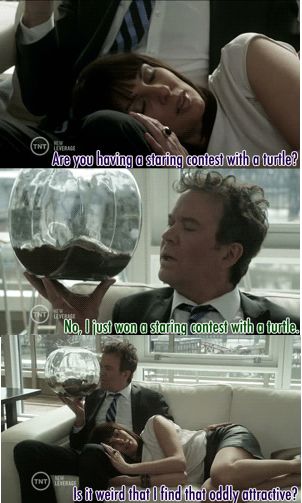 #8.  Parker.  Parker is bae.  She's probably my favorite :)  I've talked more about her in this post, if you're interested.

#11.  For the type of show it is, it's fairly clean.  It's definitely got regular amounts of relatively mild language (for instance, I don't think I ever ran into the s-word or the f-word, or the gd-word, though I could have missed something).  And though, sadly, there are the beginnings of some scenes between Nate and Sophie in the later seasons, they never become graphic and they are relatively few and far between.  Oh, and spoiler alert, nobody ever dies in this show.  (Well, that's not strictly true.  But it's rare.)  Blood and gore are also virtually nonexistent.

#12.  The plot is pretty basic and repetitive, but on the flip side, that leaves a lot of room for character development.  You get to know these five eccentrics, people.  You get to know their strengths and weaknesses, their humorous quirks and their pet peeves, how they alienate people and how they love them.  You can watch them grow, the precious little bundles of crazy. 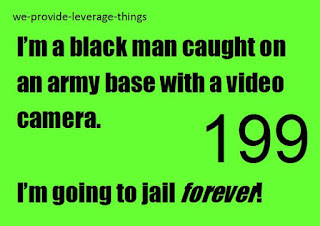 #13.  It's funny.  Have I emphasized that enough?  Each character has their own signature brand of humor, because they're all ever-so-slightly dysfunctional, and it's really darn amusing.

#14.  Elliot Spencer.  He's got the most proverbial blood on his hands, due to his past, and that's something that he struggles with throughout the whole show.  He worked for some sick people and did some sick things, and he's fighting every day to redeem himself from that.  Plus, how he adores kids but tries not to let anybody know about it is SO STINKING ADORABLE. 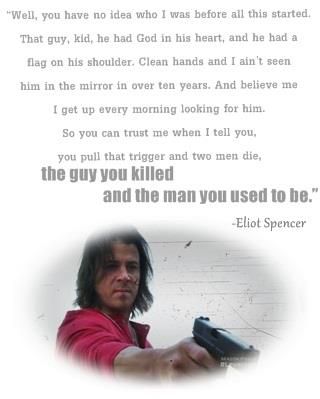 #15.  It's just a dang fine show, flaws and all.  It involves five main characters, with some secondaries weaving in and out, and like I said before, they truly become real people to you.  It's got humor, it's got heart, it's got laughs, it's got tears, and bottom line?  I think you should watch it…especially with your dad ;) 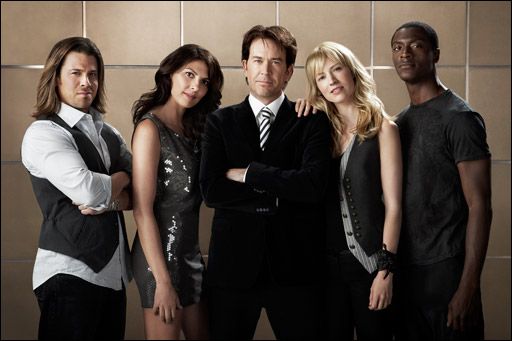 So, have I persuaded you to give this show a try yet? ;D
What would you all say to another "15 Reasons to Watch" post for something else sometime?