- March 06, 2019
*EDIT*  I now understand that this movie has been harmful to some members of the Indigenous American community.  I had always thought of this movie as a gorgeous exploration of race relations and racism, and I'd always loved it because of the animation and the music.  That is still why I enjoy it.  Nevertheless, I understand that I have the luxury of interpreting the movie in that way since I am not a member of the community that could be/has been impacted by this film and therefore cannot have any conception of its potential negative effects.

The discussion on this movie appears to be ongoing and multi-faceted, with Indigenous Americans on various sides of the issue.  As such, I simply wanted to state for the record that, while I still (for now, at least) love this film, I never want to be endorsing or enjoying something that is inherently racist.

For a good introduction to this topic, I recommend this video (strong language).  It was educational for me and prompted the addition of this caveat.

I LOVE THIS MOVIE.  This movie is a very good movie and it is a movie that deserves much more respect than it receives and that is all I have to say about that.  (Not.) 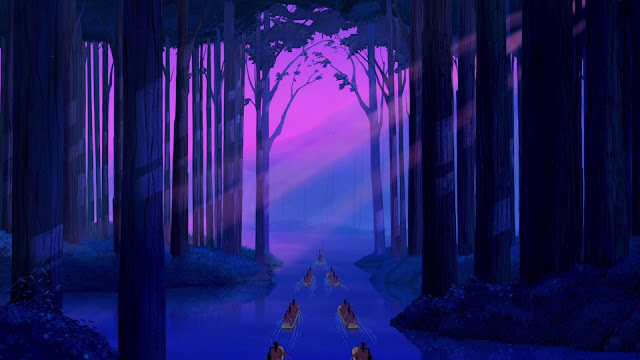 I'm not sure precisely where Pocahontas falls on my "top ten Disney movies" list (which I may compile and post sometime ;)), but it is on there, and it means a lot to me, even though the characters aren't really my favorite.  (I'm not entirely sure why it's so important to me, but probably for the music and the animation.)  Anyhow, I'm going to review it from my perspective, which is one of great affinity for it, and I shall waste no time on defending it from the critics' silly fiddle-faddle.

Though the story is not wholly accurate to historical fact, it is movingly told and deals with what are probably the most mature themes Disney had yet explored: racism, conquest, loyalty, diplomacy, and love complicated by legitimate external concerns.  As with practically any classic Disney movie, there are some very cheesy, sappy romantic parts that I could definitely do without, but beyond that, it's good.

Pocahontas is probably the most beautiful Disney princess I have ever seen.  She has great dignity and great strength of character, brave enough to give new people a chance in the beginning and yet brave enough to stay behind and help facilitate better relations between the two races in the end. 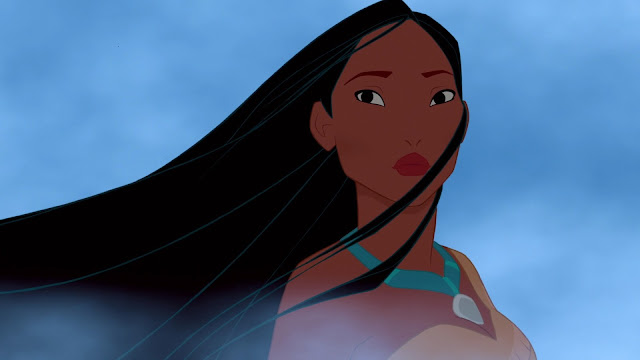 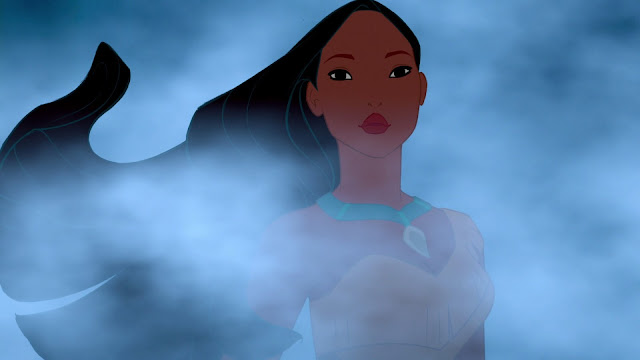 John Smith is frankly pretty pasty and bland, but he's okay.  (I do like Kocoum. ;))  Powhatan is strong and compassionate, sincerely desiring what's best for his people, stubborn but also humble.  Ratcliffe is a satisfactory villain with some killer lines.

[Also, Wiggins is A Highlight.  He's absolutely fabulous.  ("We shall be sure to give them a proper English greeting." "Ooh, gift baskets!" ~ "Why do you think those insolent heathens attacked us?" "Because we invaded their land and cut down their trees and dug up their earth?" ~ "I like gruel.")]

1600s Virginia is gorgeously portrayed in a meticulous blend of detail and vagueness. Some shots are basic and close to featureless, focusing on the big picture, and some are intricately beautiful. The nature vistas are confined to a consistent color palette of mid- to light greens and blues, misty whites and greys, the occasional blacks or browns, mauvy purples, and tendrils of pink bleeding into orange and red. IT IS STUNNING. 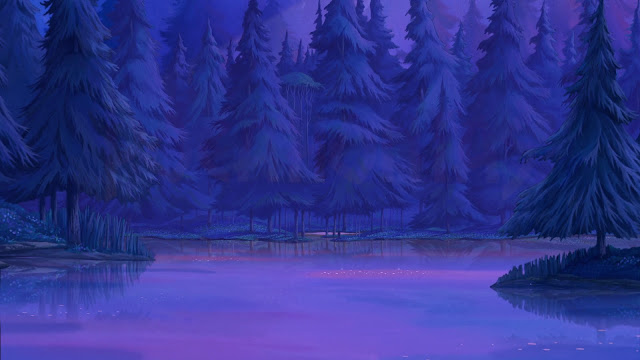 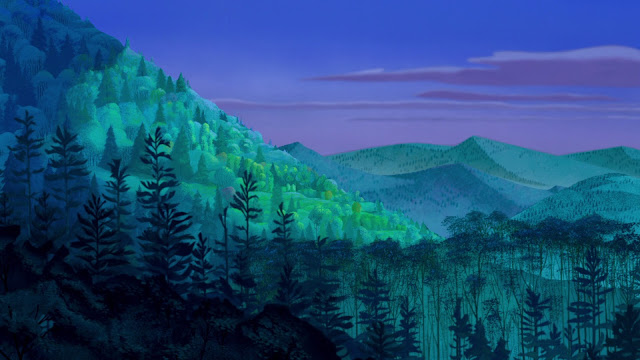 THE MUSIC IS EVERYTHING.  I cannot.  Without doubt the best thing about this movie.  I've loved this soundtrack for years, and my affection hasn't diminished.  It is glorious with a special glory.  One of Menken's best, in my humble opinion. *coughs affectedly*  Every lyric is thoughtfully written and the themes are soaring and stirring.  It's fantastic.  Specifically:

The ending is probably the most breathtaking Disney ending I've ever experienced, with The Lion King a possible exception.  As I said, the music at the end is unparalleled and overwhelming and it Does Things to my heart. 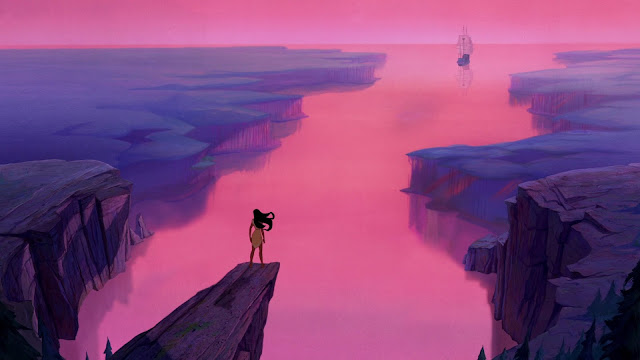 Overall, Pocahontas is sweeping, wistful, rich, and dramatic.  It's not flawless, but it is by no means worthless.  I love it, and I'm glad Disney made it. <3

What do you think of this movie?