April 06, 2019
When a few blogging friends did this tag a couple weeks ago, I was immediately interested but unsure of how to participate.  It's a Narnia-themed writing tag, after all (original creator link here), and my current WIP is . . . well, Narnia-themed.  So that seemed a little redundant. :-P 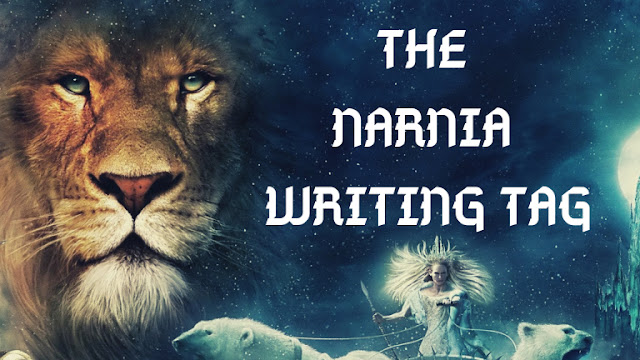 But I decided to pair it with another of my stories, a story that I'm not actively working on per se but that is certainly bubbling.

After each answer, I've included a snippet of what I have so far because it's fun. :)  Some of the snippets are related to the questions asked and some are not, so don't go getting all clever and trying to Deduce Things. ;-P

(All of the pictures I used are from my Pinterest inspiration board for this story.)

Narnia: Where is your story set?

In a fantasy world without (or mainly without) magic that has your typical 'romanticized medieval Europe' vibes going on.

Adren was topographically so unintimidating a country that newcomers or invaders might easily be led to underestimate the mettle of its people.

Characterized by defenseless hills that made up for their small, scalable size by the sheer abundance of how many there were, and colored by pale, occasionally dingy hues of olive green, brown, and gray, Adren was often subject to a somewhat soggy climate that seemed to put more effort into its autumns and winters than its springs and summers. However, this eccentricity only served to make the rather diffident and unreliable sunshine that did occasionally peek through that much more golden and entrancing to Adrenians. 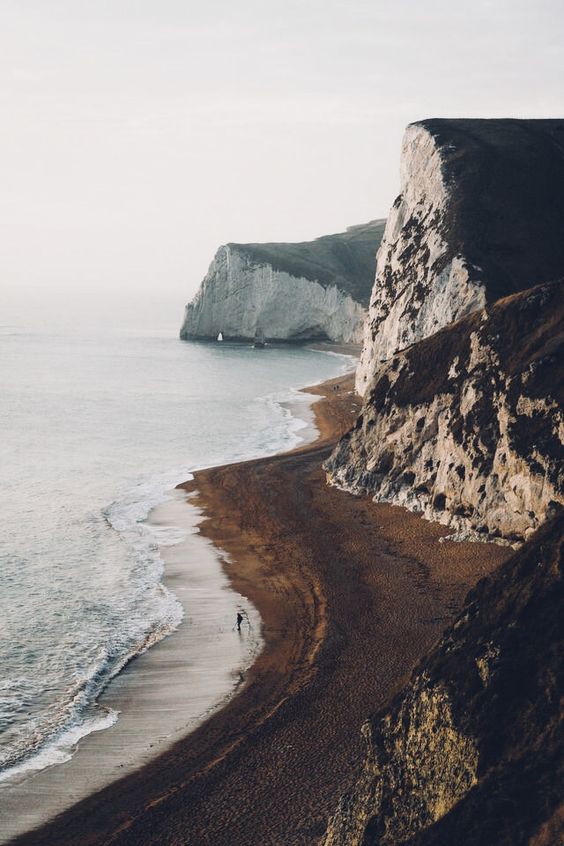 The Magician's Nephew: How did you come up with the idea for your story?

This story actually sprang from a couple different prompts.  It all began with an old blog link-up called Quote Queste, in which there was a monthly prompt from which you were to write a scene.  The three main characters came to me from that first prompt, as did the initial bones of the story.  Then, last year, I participated in an online story contest and used the same characters and (with adjustments) the same story idea to fit that prompt.

And then, after writing that short story and loving spending time with those characters, I started thinking that maybe I'd like to expand this story into something different from the original idea.  Same characters, but different plot points.  I worked on it in my attempt at NaNoWriMo last November, and then decided that I needed to let it simmer for a while longer.  I love these characters, and I'm really excited about the vague direction I can see the story taking, but there are too many plot holes and unresolved questions to keep working on it now.

At the moment, I'm allowing snippets and small fragments of plot answers to come to me as they will, jotting them down and otherwise leaving it more or less alone.

They spread out, each looking for survivors. As far as they could tell, it had been a civilian caravan, possibly holding gypsy families. Presently Alejandro gave a low cry, which brought Rhiannon and Ronan running. Behind the central cart, half hidden by the carnage around him, sat a little boy perhaps five years old. He wore a blank, shell-shocked expression. There was blood on his hands and mud smudging his dark curls and small face, but he was very much alive. 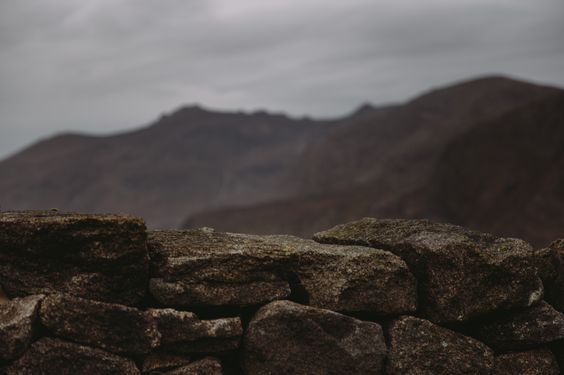 The Lion, the Witch, and the Wardrobe: How do your characters meet?

"There's some debate about that."  One way or another, Rhiannon and Alejandro are a team, and they stumble across Ronan, who's fleeing from his brother.  Their relationships develop from there. ;)

Pushing up the sleeve on his left arm, the prince revealed a wound in deteriorating condition midway between the elbow and shoulder. Alejandro was none too fond of blood and pus and recoiled a bit, but Rhiannon, possessing a rather more macabre frame of mind, drew a little closer to inspect it.


The Horse and His Boy: Are there animals in your story?

Not to speak of, no.

Managing to extricate herself from the puddle into which she and her brothers-in-arms were melting, Rhiannon approached Roderic carefully and gently suggested that he release his new friend. Roderic complied, making something as close to a delighted shriek as he seemed capable and raising his hands to shield himself from the splash that resulted as the frog plopped back into the pond.


Prince Caspian: Which of your characters turned out different than you expected?

I'm still trying to work out the facets of Alastair's personality.  (He's Ronan's brother, the one from whom he's fleeing.)  Specifically, I'm trying to decide what his motivations and boundaries are.

The curly hair was a red-tinged shade between brown and blond. His eyes were steely and passionate, their color not immediately discernible. He smiled easily as a flock of his younger siblings swarmed him excitedly, even going so far as to hoist two of his littlest sisters into his arms affectionately. His bearing was one of contained, controlled intensity, and he did not seem evil.


The Voyage of the Dawn Treader: What is one of your character's personal quest?

Rhiannon has anxiety and abandonment issues, which lead to an unhealthy degree of pessimism.  (Not saying that pessimism is always a character flaw; just saying that in this case, it's a problem.)  So, basically, though it sounds really cheesy, she needs to learn how to stop expecting the worst to happen and to believe that she has people in her life who love her and have no intention of leaving her.

That inimitable aura rushed up like one of the waves from which it came, greeting the travelers as their feet left the greenery of the plains and stepped onto the scrublands’ sparse, sandy clay. Rhiannon closed her eyes for a brief moment, inhaling her favorite scent.  The sea was close.


The Silver Chair: Who is the villain?

Again, still trying to work this out, but for now I will say that the villains are people who have a valid grievance and desire for justice but who are also too blind in their rage and determination to get it.

Alastair released the chair with a shove that echoed around the chamber, seething tears streaming down his face. “Do not--” he cried with a fury that roiled around all present, “--do not try to say that you did what you had to do. I will kill you all here and now if you try to say that; I will.” 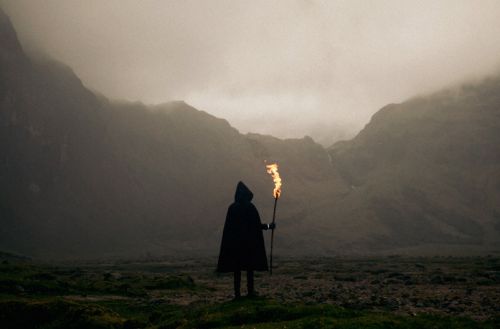 The Last Battle: Does your story end like you expected it to?

Numbly, Rhiannon climbed back up to the battlement. It was becoming a routine of hers: sit, watch the horizon that would never change, and try to experience some relief from the wet ache behind her eyes and the burning in her throat that heralded more tears, even after she was sure she was empty. 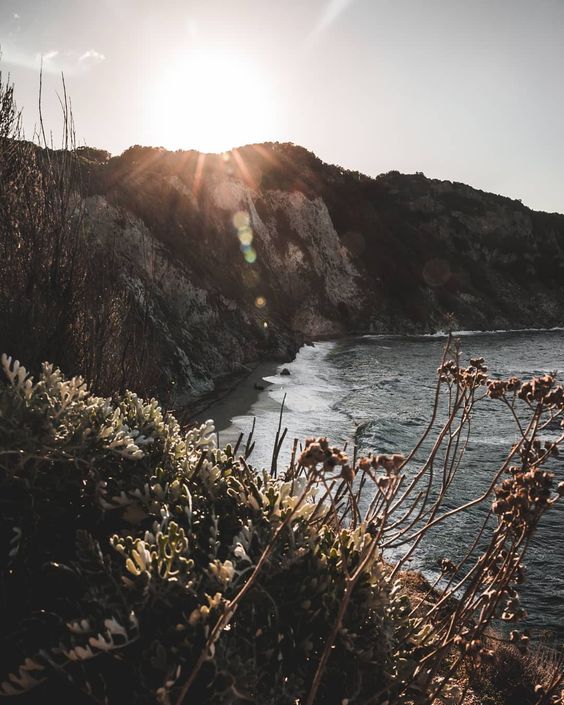 The Pevensies: Friend or sibling group?

It mainly centers around the friendship between Rhiannon, Alejandro, and Ronan, who all wuv each uvver very much. <3

“What about you? Where’s your lady-love?”

The look Ronan cast her was entirely too suspect. Rhiannon glanced away. Thankfully, after a moment, Ronan responded.

“No one has been picked out for me by royal arrangement, if that’s what you mean. My mother and father are good parents and wise rulers. They’ll not try to force me into marriage.”

“But you must marry eventually.”

“If I marry, there’s only one person I would ask.”

Rhiannon felt something annoyingly akin to a skipped heartbeat. “Well, pray tell: Who's the lucky lass?”

There was that look again. “I think you and I both know the answer to that by now,” Ronan answered quietly. “Though, as to her being lucky, I’m not sure it’s appropriate for me to comment.”


Reepicheep: Is there magic in your story?  If so what kind?

I have not decided for sure, but if there is, I think it'll be confined to an "extra-human" race of beings.  Kind of like Tolkien's elves, or the Valar, or something like that.

They camped out in some hills a ways off from Hardoc but still within seeing distance and waited for darkness to fall. Without the benefit of a fire, they sat scrunched together peering over the rise, squinting in an attempt to discern the shadowy shapes of the town’s structures in the velvet light given off by the moon and a sparse sprinkling of stars. 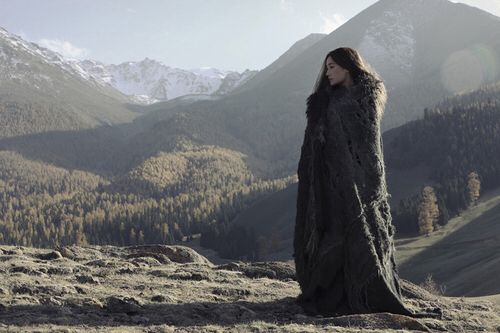