My top three period dramas and why they are so.

- March 12, 2016
Greetings, beautiful people!  I know that, for most of us, it's hard to narrow down the overflowing list of favorite movies, so isn't it great that we can get around that by specifying with favorite movies in certain genres?  I do that a lot.  In the dark of the night, disaster will find her I sometimes compose favorites lists :)  And at random other times during the day when I should be paying attention to something else.  (Fun fact:  that is now at least the second time Olivia has referenced A Certain Repulsively Fun Villain Song on her blog.  Olivia clearly has some issues.)

Anywho!  Since I figured out a while ago which my three favorite period drama movies are, I decided to share them with you, and also why I love them so much!  Sound fun?  Hopefully :)

I can't possibly rank these three, so I guess I'll go in reverse-alphabetical order (no, there is no rhyme or  reason to this). 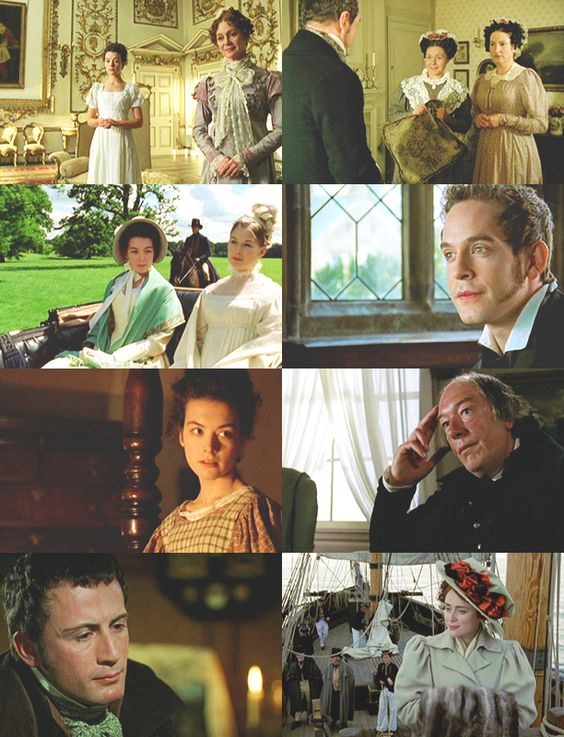 (Miss March, you are quite free to laugh at everything I say about this movie, or just skip to the other two.  I promise not to be offended ;-P)

*contented sigh*  I really, really love this movie.  Deeply.  (Obviously.  Why else would it be one of my top three period dramas?)  I feel like this is one of those movies that just gets me.  Don't you love those kinds of movies?  The ones that make you feel, in a strange way, understood?  The story draws me in each and every time, and I love practically all of the characters very dearly.  Even Cynthia:  I personally believe she is egocentric and acts shallow because she's trying to protect herself--she's been hurt, even if unintentionally, by people who ought to have supported and loved her, and she wants to make sure she doesn't get taken advantage of again.  (And oh, let the comment-arguments begin ;-P)  Even Roger:  an idiot, yes, but he reforms.  And he really is a dear soul, in spite of his naiveté.  Honestly, I love Hyacinth xD  She's ridiculous, and she certainly has moments when I don't like her, but I don't think she's malicious.  She isn't evil.  I like how Francesca Annis put it in an interview:  she said she didn't really see her as an Evil Stepmother, she just saw her as someone who was "rather shallow, really."  And then, of course, I really really really love Molly.  I relate to her in some ways, and I just love watching her story develop.

I love the atmosphere of this movie.  Even though it has moments of turbulence and mystery and all that, I like how they focused on life in the Gibson household--the numerous, sweet little dining room moments, the sister-bond of Molly and Cynthia, Molly's attempts to console and be loyal to Hyacinth.  I can't really explain it; it just has a certain kind of 'aura' to it that I find exceedingly appealing :)

I could go on, but I may review it one of these days, and this is supposed to be a quicker post ;) 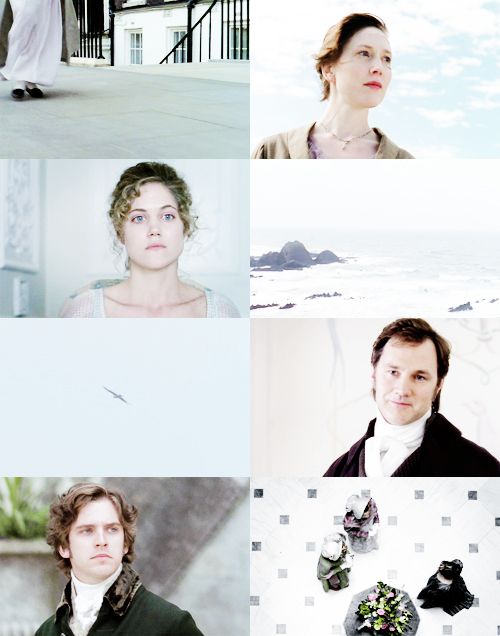 *splutters inarticulately for several minutes*  IT'S JUST SO STINKIN' BEAUTIFUL AND AMAZING AND GOOD.

I love that this movie is dramatic, but not overly-dramatic, if that makes any sense.  There's passion and blighted hopes and despair and love and tears and laughter and all that jazz, but it's all done in an almost understated way that I really appreciate.

The characters in this one all have their flaws, but there's more of a stark contrast:  the Good Guys are pretty thoroughly noble and wonderful and I claim Brandon but I'll leave you Edward so we're both winners, and the Bad Guys, while we may pity them, are more thoroughly despicable.  It's nearly a black-and-white situation in some ways, while in others it is glaringly not.  The makers showcased the strengths and superiority of the protagonists, but they also took the time to highlight small moments of vulnerability in the antagonists.  The greatest example would be Willoughby's "apology" scene, of course, but there is a moment with the elder Mrs. Ferrars, as well:  right after she has basically turned Edward out of her house, we do get this split-second tremor in her facial expression before she returns to "stone cold", and it's just very interesting.

…That had practically nothing to do with anything.  Moving on.  I love the cinematography in this one:  the setting, the music, the lighting, the angles, everything.  I love the acting (it's phenomenal just sayin').  I love that we see Meg beach-combing and decorating her yard :)  I LOVE SO MUCH ABOUT IT I CAN'T EVEN MAKE A COHERENT LIST.  (But I did manage a review once upon a time.) 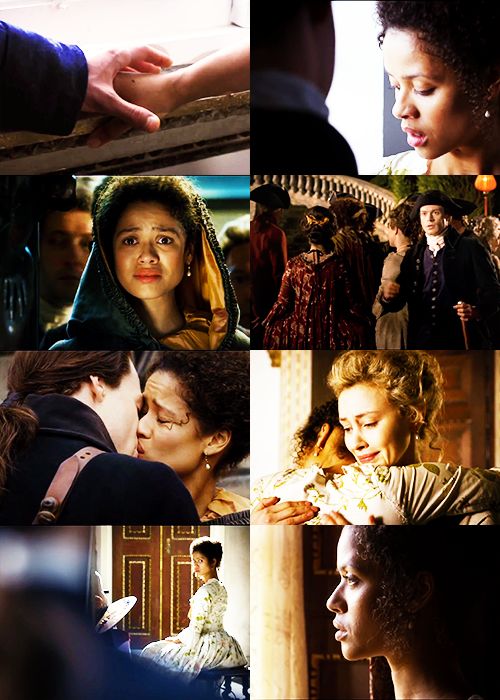 For those of you who haven't yet been able to see this movie, you have my deepest condolences.  Honestly, this has sped up into my top three spot so quickly, it's that good.

One thing I really appreciate about this movie (who am I kidding, I appreciate alllllll of it) is how the makers handled the relationship between Dido and Elizabeth.  I was expecting it that it would turn into a rivalry, but it didn't--or at least, not in the way I thought it might.  They had their fights and they hurt each others' feelings, like real sisters, but they were also fiercely protective of each other and they love each other in spite of their weaknesses.  So I love that <3

The story is kiiiiiiiind of like Amazing Grace, but also different enough to be original.  And it's based on a true story, which makes it that much more potent.  It's sweeping and taut and intense and elegant, and askjgkaisdhasdfnmell.  Fun fact:  my dear friend Cordy informed me that Gugu Mbatha-Raw, the (very talented) actress who plays Dido, didn't actually wear any makeup while filming the movie, in order to maintain historical accuracy.  Isn't that something?

It's just a very well-done film.  It's gripping and beautiful and I think you should watch it ;)

Well, there you have it.  There's a bit about each of my top three favorite period drama movies!  Of course, I love and adore many p.d.'s, and have I don't-know-how-many second and third favorites.  Oh, the beauties of the world of period drama :)  (ALSO.  This was strictly a favorite movie period drama list.  Hence the absence of RH.  Y'know--just in case you were wondering.)
So what are your top three period dramas, do you think?