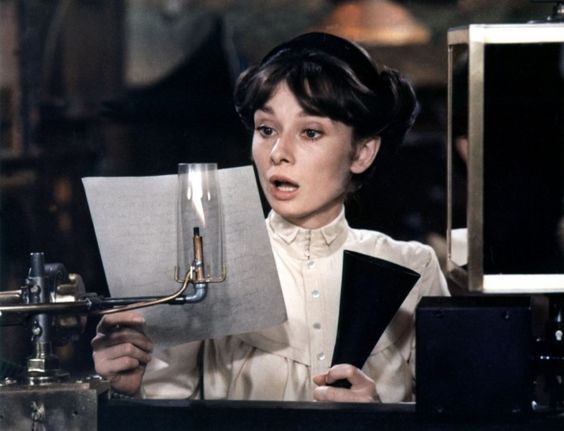 I am now going to attempt to review the one and only My Fair Lady--about time, no? ;)  And yes, you read the title correctly, I am hosting a giveaway as a part of this post!  But I want to write the review first, so you will simply have to live with the old pins and needles until I've finished, mwhahahaha.  (Or you could cheat and just skip to the end of the post.  That's an option, too.)

I'm assuming everybody already knows the plot, because I'm assuming (and hoping) most of you have already seen it, but on the off chance that that is not the case, here's this that I stole obtained from the Internet:  In this beloved musical, pompous phonetics professor Henry Higgins (Rex Harrison) is so sure of his abilities that he takes it upon himself to transform a Cockney working-class girl into someone who can pass for a cultured member of high society. His subject turns out to be the lovely Eliza Doolittle (Audrey Hepburn), who agrees to speech lessons to improve her job prospects. Higgins and Eliza clash, then form an unlikely bond -- one that is threatened by an aristocratic suitor (Jeremy Brett).  There you are.  That's more or less a good synopsis.  Let us take the proverbial jump in, shall we?  Spoilers will be given free rein!!! 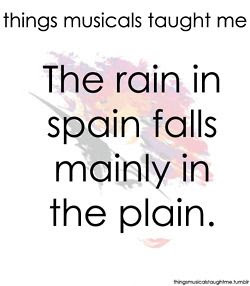 *sigh*  Oh, this darling, classic, vibrant, sweet, rambunctious, dramatic, hilarious thing of beauty.  I am rather fond of it, I must say.

Now, you all know my rather strong opinions on the infamous Henry Higgins  *clears throat*  (And if you don't, you can read them here.)  Since I've already done my spiel on him and why I actually quite love his character--well, 'love' might be a strong word.  I Vastly Enjoy watching his character, let's put it that way.--I shall try to restrain myself from focusing too much on him in this review (I make no promises, but I'll try).

If I am being perfectly honest, I've never delved all that deeply into Eliza Doolittle herself, so my two bits on her might be rather scanty.  I'll summarize by saying that I like Eliza:  she has spunk, and she is able to stand up for herself when enough is enough, but she's also sweet and malleable and willing to humble herself in order to better her situation in life.  She's strong, but she's kind and forgiving as well. 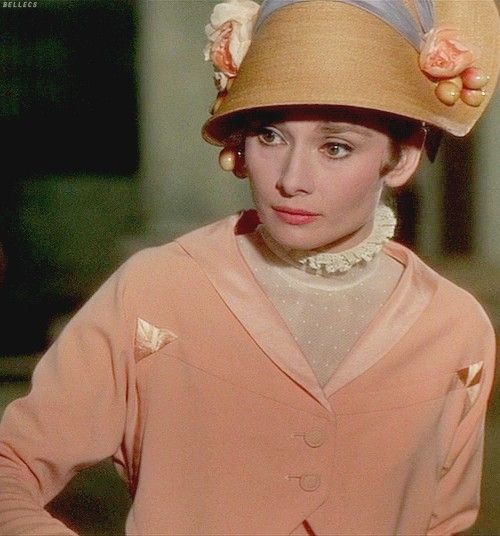 The line I perhaps find more thought-provoking than any other in this musical--I know, I know, that's not saying a whole lot as it is primarily a comedy, but there are some Things To Think On as well--is what Eliza says to Mrs. Higgins near the close of the movie, as the two of them are endeavoring to not-so-subtly point out to a not-so-subtle Henry that his behavior is unacceptable:  "Apart from the things one can pick up, the difference between a lady and a flower-girl is not how she behaves, but how she is treated.  I shall always be a flower-girl to Professor Higgins because he always treats me as a flower-girl and always will.  But I know I shall always be a lady to Colonel Pickering because he always treats me as a lady and always will."  That old question of social rank and whether the depth of a certain societal level is dependent on its own inherent merit or merely on the fact that it is higher or lower than another societal level.  Interesting, no? ;)  Actually, that entire succession of scenes in Mrs. Higgins' house is great--it unearths the obstacle at the heart of Eliza and Henry's relationship:  his careless cruelty toward all feelings and viewpoints of anyone he deems intellectually inferior to himself, how he values his own erudition disproportionately more than any emotion that might be lurking under his crusty, boyish attitude.  One can argue that Henry learns his lesson by the end, and thus the end is justified romantically, or one can maintain that the two of them still have no business being even partially together and they remain unlikely frenemies.  The beauty of it is that the conclusion really is sufficiently open-ended to support either choice, with a little stretch of the imagination. 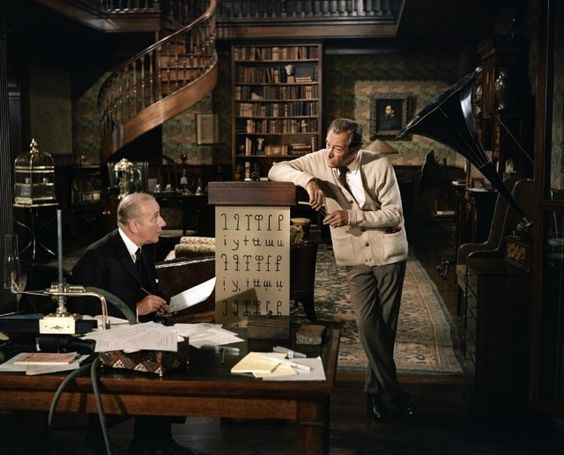 The sets of this movie are awesome.  Covent Garden, the Ascot Races, the Embassy Ball, Mrs. Higgins parlor and conservatory, the whole interior of Higgins' house…HIGGINS' STUDY THOUGH.  I really, really want a study like that.  More than Belle's library, even.

…Actually, to be brutally frank, I can never quiiiite decide where I stand on the costumes.  Typically there's an element I like, but also a corresponding element that I dislike, so I end up waffling over whether I truly love them or just observe them amusedly.

Eliza's iconic black-and-white ensemble, for example.  Naturally, Audrey pulls it off gracefully and manages to make it look elegant, but let's be real.  Audrey could pull anything off and make it look elegant.  It's just a bit too…much, y'know?  But maybe I'm just missing something, and it's supposed to look ever-so-slightly silly, since it was Pickering and Higgins' first attempt at buying outfits for Eliza.  What think you?

I do, of course, like a lot of Eliza's other outfits.  My favorite would probably have to be the dark green jumper with the white blouse that she wears during the "breakthrough" scene, but I also love her peach outfit, her pink dress, and her Embassy Ball gown (though complaints have been lodged, and rightly so, about the styling of her hair in said scene--it could be criticized, let us say).

I shouldn't even get started on the songs, for a number of reasons:  1) because they're such classics that there's really no need, and 2) because I really, really need to finish this review and get on with the giveaway.  So I'll just say that the music in this one is lavish, orchestral, warm, witty, and charming.  And beautiful, and funny, and full of pathos by turns.  My favorites are probably…hmm…"Wouldn't It Be Loverly", "I Could Have Danced All Night", "Without You","I Shall Never Let a Woman in My Life", and "I've Grown Accustomed to Her Face".  Oh, "On the Street Where You Live" is also quite lovely, despite my views on Freddy Eynesford-Hill ;-P  (He's not a bad sport, really, just not overflowing with cranial activity, it appears.)

To close with some of my favorite comedic quotes (yes, they're mostly Higgins' or related to him; don't judge) as best as I can recall them:

~ "Stop this detestable boo-hooing or else seek the shelter of some other place of worship!" ~
~ "Very nicely put indeed, Henry--no woman could resist such an invitation." ~
~ "What, that thing?  Sacred, I assure you." ~
~ "Did you tell 'im I come in a taxi?" ~
~ "Somebody pinched it." ~
~ "If we listen to this man for another moment, we shall have no convictions left! … Tell him to get in touch with an Alfred P. Doolittle:  one of the most original moralists in England."~
~ "In 'Eartford, 'Ereford and 'Ampshire, 'urricanes 'ardly hever 'appen." ~
~ "Higgins, there's one thing I can't stand about you--that's your confounded complacency.  At a moment like this, with so much at stake?  It's utterly indecent that you don't need a glass of port." ~ 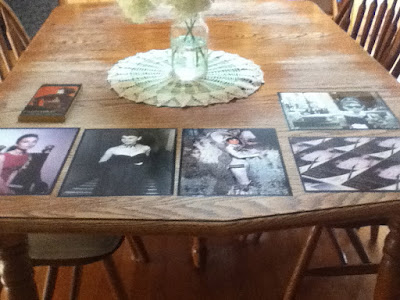 And now, the moment you've been waiting for…the giveaway!  *stars and confetti*  Here's the deal with the deal.  I will be giving away a used copy of George Bernard Shaw's play, Pygmalion--which was the inspiration for the musical My Fair Lady--and four 8x10 Audrey Hepburn prints (photo paper quality).   It'd be grand if you would please limit your entries to one of the five items.  I'll leave the giveaway open from now--July 10, 2016--until 9:00 AM (EST), Saturday, July 16, 2016.  Lord willing, I'll draw the winners on Saturday and notify them on Sunday so they can get me mailing addresses.  To enter, please comment telling me which of the five giveaway items you would like if you win, and also include your email address so I can contact you in case you do win.  (If you wish, I can delete your comment after I receive it--that way your email won't be floating around cyberspace, but I'll still have the comment in my inbox.  Feel free to ask me to do this if you'd prefer!) 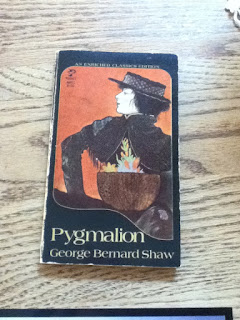 {Pygmalion by George Bernard Shaw.  Like I said, the copy is used, so it's a wee bit battered, but altogether in good condition as far as I know.  (I haven't thumbed through the whole thing.)  This one features some neat bonus content, including several pages of pictures (some from the movie) with historical notes, as well as a type of bio of Shaw, as I recall.} 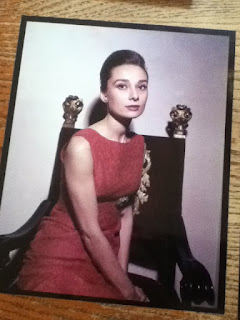 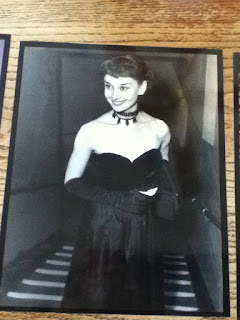 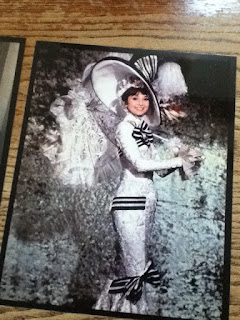 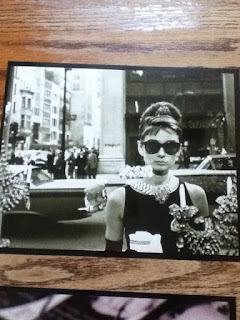 Have a wonderful Sunday, lovelies! :)