Why Adam Pontipee, Henry Higgins, and the King of Siam Don't Bother Me (aka Why I Love Them)

August 25, 2015
Hello, beauties!  I apologize for my slight absence recently--I was at the beach again.  It was fun (beach-combing is one of my new favorite things), but at the same time…

Anyway!  While there, I suddenly got an idea for a post that I really liked ("People, I've had an epiphany!").  You guys probably know already that I have a bit of an obsession with musical theatre, particularly older musicals.  Y'see, the 1950s and '60s were the golden era of musical theatre, in my personal opinion.  (Also, I did a school project that involved researching musical theatre, and from what I read it seems that musical production was at its peak at that time, at least in America.  But I might have gotten that wrong, so feel free to correct me.)

I mean, think about all the famous musicals made in the '50s and '60s!  The Sound of Music, My Fair Lady, The King and I, Showboat, The Fiddler on the Roof, South Pacific, Oklahoma!, Singin' in the Rain, An American in Paris, Top Hat, Easter Parade, State Fair…the list goes on and on!  (I haven't seen all of those musicals yet, to my shame.  But I intend to eventually.)  And then, of course, there are the lesser-known Howard Keel fests productions;)

So anywho, the older musicals are generally speaking my favorites (exceptions being Evita and The Phantom of the Opera, of course).  I love the costumes, the music (usually), the witty dialogue, and especially the eccentric characters.  Today I want to talk about three of those characters in particular, characters whom I love, but who seem to (understandably) irritate some people: 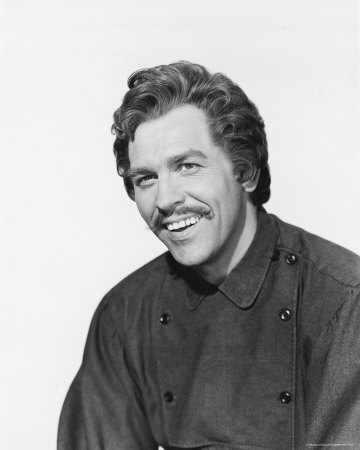 Now…Adam.  Adam is…an interesting fellow.  The trouble is, there isn't a whole lot rolling around in his cranial cavity.  He's sexist and frankly stupid, BUT, people, BUT, he changes.  He starts out as a good-naturedly self-absorbed person who thinks women are there to be carried off by men to marry them, but after a few hard but well-deserved words from Millie (with whom, he finally realizes, he's fallen in love), he figures out that he's gotta shape up if he wishes to be a good husband and be loved in return by his wife. 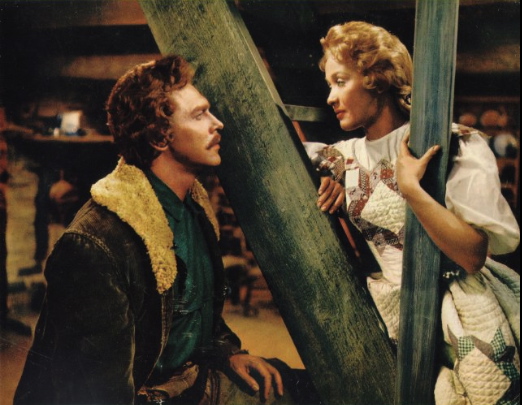 Of course, if I'm being fully honest, the main reason I love Adam is that he's played by Howard Keel, who, if you didn't know, is in possession of a great smile, a glorious laugh, and one of the finest voices on God's green earth.  So yeah.  (I also love him in Calamity Jane and Kiss Me Kate.  But don't even get me started on that dreadful performance in Showboat.  It pains me, I tell you, pains me to recall his role in that film.  I get that he was supposed to be a leetle "slick," but honestly, if you want us to like a character, don't make him look and behave like a flipping charlatan.)  His songs, though displaying how much is wrong with the way he thinks, are just sooo hilariously fun.  Like "Sobbin' Women."  Pure gold, even though it's a terrible thing that he incites his brothers to do. 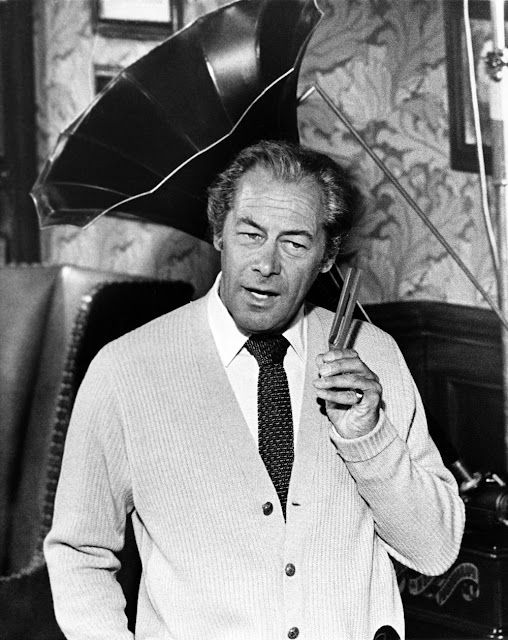 Ah, the immortal 'Enry 'Iggins.  Now, I am well aware that a number of you--yes, you, I'm sending pointed looks at you--dislike Higgins.  You love MFL, of course (because to do otherwise violates the laws of human sanity), but Professor Higgins just gets under your skin.  (And as for he and Eliza?  Pish-tosh!  Allan Jay Lerner missed the mark on that one.  Good ol' George Bernard Shaw had the better vision.)  I get this in some ways, but in others I feel I must be allowed to defend Higgins against the charges laid at his door;)

First of all, let me just say that I completely agree with the popular summation of Henry Higgins' character.  He's a bratty, rude, thoughtless, self-absorbed, arrogant misogynist.  While no one could accuse him of a lack of educated intellect, he is at heart a spoiled child who stamps his feet and hollers when he doesn't get his way.  But he is also one of my favorite screen characters ever.  Why?  Well, there's the obvious reason of his delightful lines.  Everyone, I think, loves to watch Henry Higgins at work.

But I also love this character because for all his guffawing and I-shall-never-let-a-woman-in-my-life-ing and bravado and I-have-my-own-spark-of-divine-fire-ing, he comes, in the end, to depend on Eliza.  He comes to--horror of horrors!--give the intelligence and insight and relationship of a woman credence.  Though he fights his attachment to her tooth and claw, even he finally has to concede defeat in the last scene of My Fair Lady.  I love the way he tries to reason with himself in that scene, torn between his dratted ego and his affection for Eliza:  "I was serenely independent and content before she came!  Surely I could always be that way again…" ~ "And yet…I've grown accustomed to a trace of something in the air…accustomed…to her face."  (He's so helpless.  I revel in it;D) 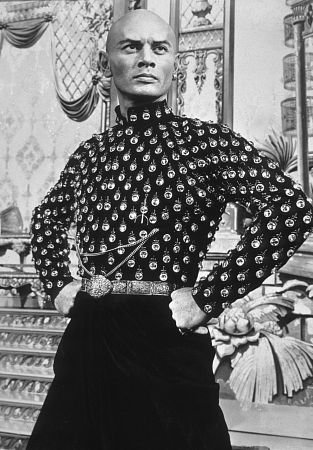 The King of Siam (whom I'm nicknaming T. K.) might be my favorite out of these, but I'm not sure.  He reminds me a lot of Henry Higgins, but something about him is slightly more approachable because, even though in theory he dismisses the idea of love, you can clearly see that he loves his children and friends deeply.  He is also, when no one happens to be contradicting his opinions, a generally amiable fellow, and one thing I really love about him is that he is so eager for truth.  He searches for it, and even if he does not come to the right conclusions, "this one tried.  He tried very hard."  Even when he's dying, "I want to stay here, in room of knowledge."

T. K. is stubborn as heck and extremely sexist, like Adam and Henry, but he too finally admits that the women in his life have been right more often than not.   He's irritable and fractious at times, but he also likes the challenger spirit in Anna, I think.  And he's also just a little adorable.  "Put your best foot forward, your Majesty."  *looks at her, puzzled, and raises his left foot* 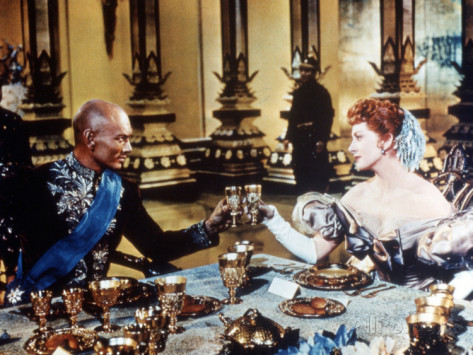 So, anyway, there's just a little spiel about why I don't mind these three guys, rude and messed-up and politically incorrect though they may be;)

Who are some of your favorite men from older musicals?  Or do you prefer the newer ones?