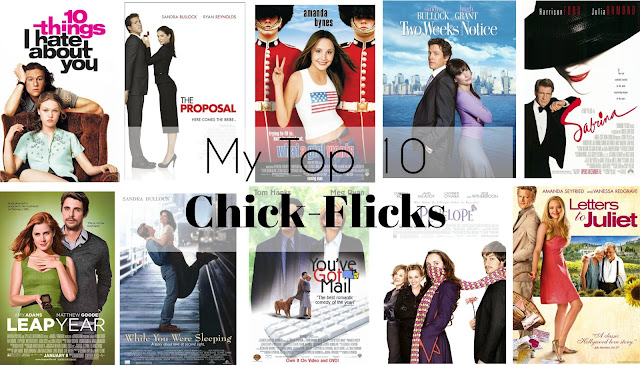 I haven't seen a ton, but I've seen several, and yes, I'm now going to talk about my favorites. ;D  But first, some preambles:

#1.  Since chick-flicks do tend to be heavier on innuendo and such (duh), there are varying levels of content in each of these movies.  I probably won't give a very detailed summary of said content for each film, for time reasons, but if any of you want to know more about my thoughts on a particular movie, feel free to ask in the comments.  I'll try to provide a satisfactory overview. :)  (One blanket statement I can make, however, is that there are no sex scenes in any of these films, though some of them do feature main characters who are living with partners prior to marriage.)

#2.  I've thought long and hard about this list (too long and too hard, heh), and especially about what constitutes a "chick-flick" in my mind.  (Condensed version for you curious types:  has to be at least semi-contemporarily set, has to be at least mostly lighthearted, and has to feature at least a light romance for the main character.  I'm probably forgetting something else, too.)  Movies like Ever After, Mirror Mirror, Roman Holiday, The Princess Diaries, A Walk to Remember, and The Parent Trap won't appear in this post because they seem to me to belong to a different genre. Okie-dokie?

#3.  An asterisk next to the title indicates that the title is linked to a review that I've written!  (Whiiiich will only happen for three movies.  But anyway.)

#4.  Since a picture is worth a thousand words and all that, I'll probably let the pictures do most of the talking for most of these films.  (But then again, most of the pictures have dialogue on them, so . . . )  And again, they're all over the place in terms of size.  Sorry for any disorienting effects. :-P 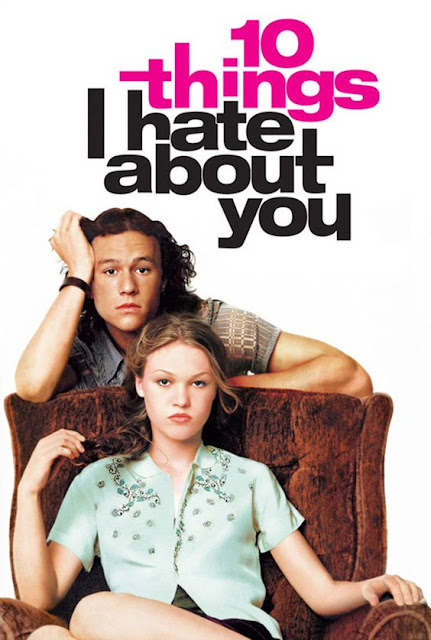 This is one of those that is what some would call "edgier," but I really like it.  Yes, some of the content seems a bit unnecessary to me (particularly the guidance counselor's "novel" and conversations), but for all that I think the movie actually has some really good messages. 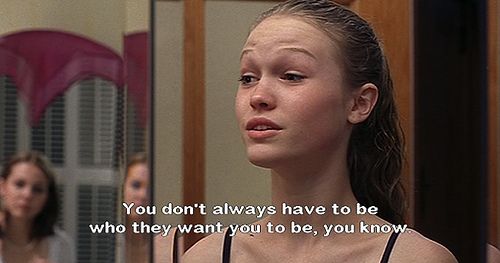 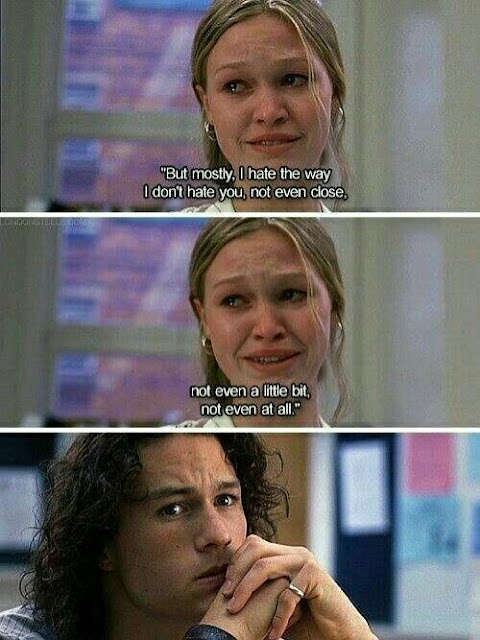 For those of you who don't know, 10 Things is a modern-day spin on The Taming of the Shrew (and in my personal opinion is vastly superior to the play).  I LOVE the characters -- Kat, Patrick, Bianca, Cameron, Cameron's friend (is his name William?), Mandela, Mr. Stratford . . . even Joey is entertaining. 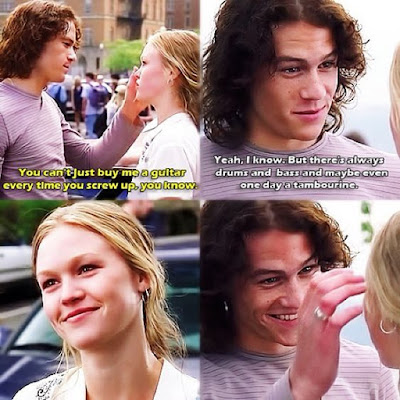 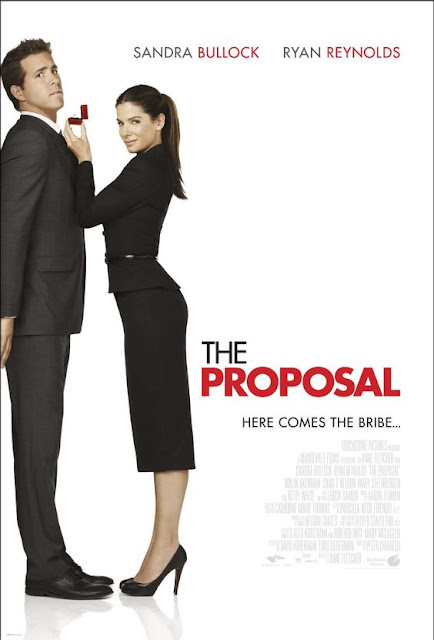 I really like Ryan Reynolds' and Sandra Bullock's chemistry.  This one has some great banter, good character arcs, and some awesome scenery (since it takes place in Alaska).  The supporting cast is also great.  (Be forewarned, though, that this one also has some more content than some of the others.) 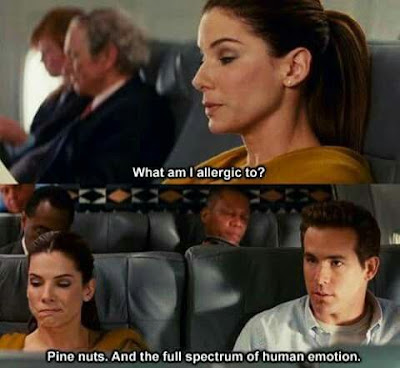 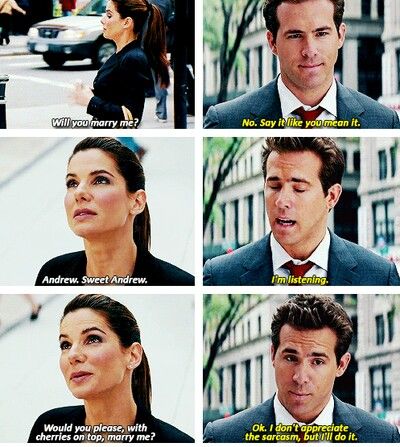 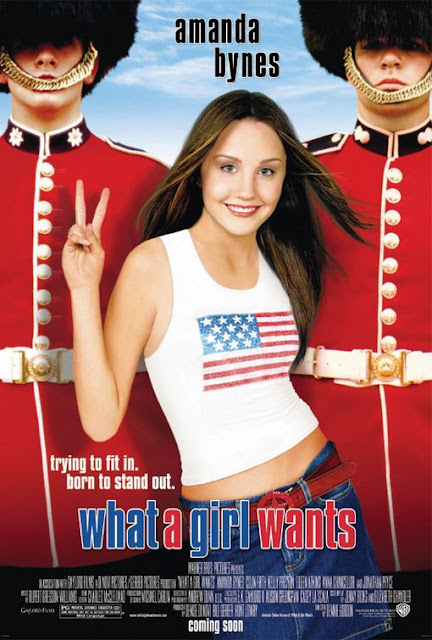 This one is so cuuuuuuuuuute. <3  I mean, it's Colin Firth in a Parent Trap-esque story, and it features culture clash and a mainly British cast and, underneath all the corniness, some surprising heart.  The teen romance isn't too annoying, which is always a plus.  (I really like Anna Chancellor's character, even though she's an antagonist -- she's really funny. :)  Plus, just the fact that Anna Chancellor is in it with Colin Firth -- it's like P&P all over again.)  And it's just very fun and humorous (the dialogue is golden) and sweet and I like it a lot. :) 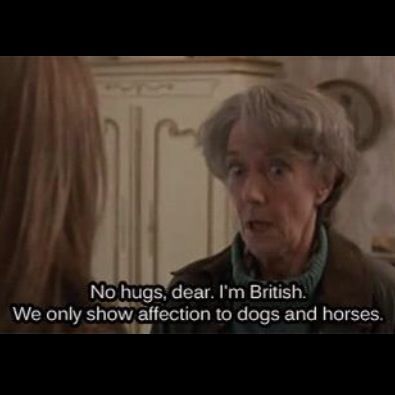 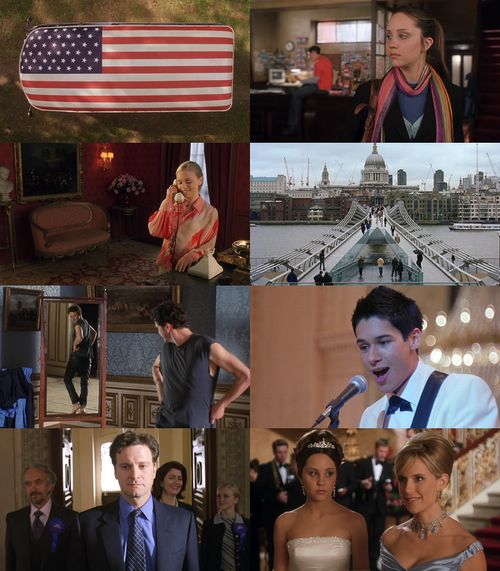 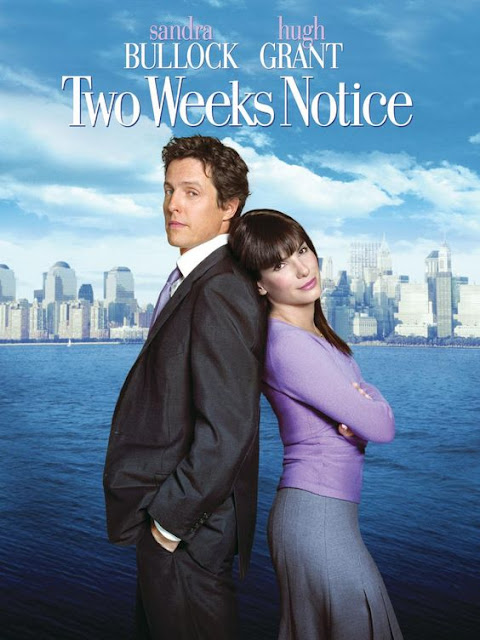 I think at least a solid 35% of why this movie is so engaging is the fact that George is British, but the basic storyline is cute, too. :)  Hugh Grant is ridiculously endearing as George, and Sandra Bullock is a nice balance for him as Lucy.  Sandra Bullock does really well in chick-flick roles, I think. :-P  (She's good in dramatic roles, too, of course.) 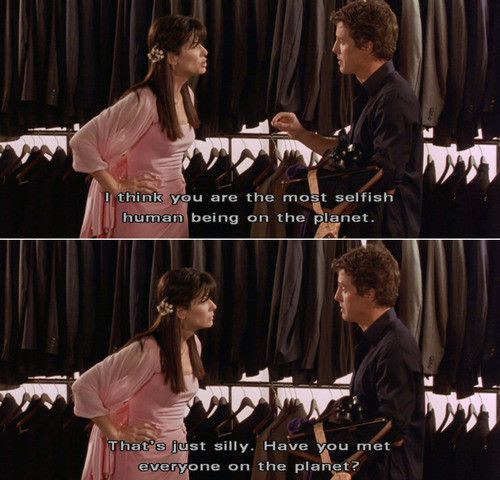 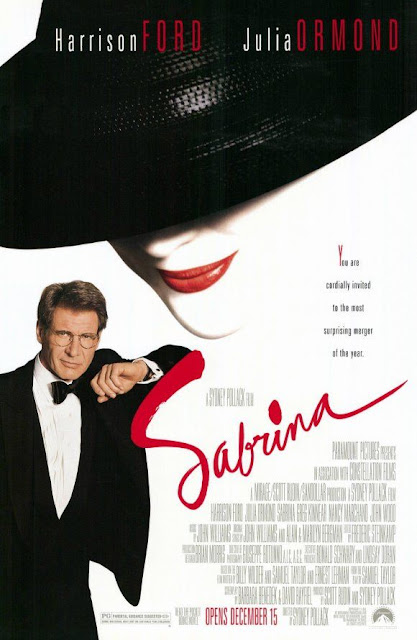 I don't know what to say about this here, since I said most of it in my review and you can just go read that, but I really like this movie.  I love how atmospheric it is, and I love the characters and the cast (Harrison Ford <3) and the storyline.  So basically all of it. :-P 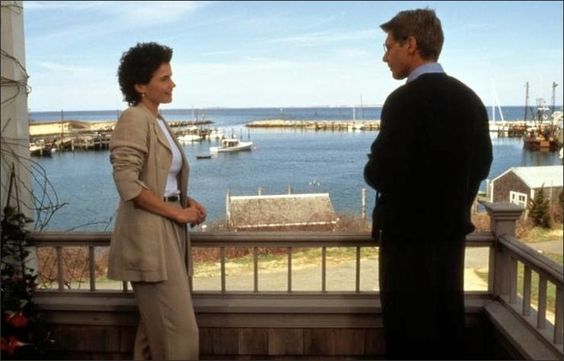 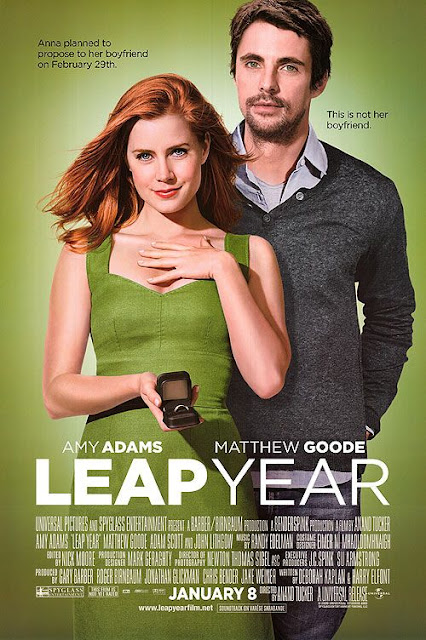 I've seen this one so many times that I'm not suuuuuper crazy about it at the moment, but it was one of the first chick-flicks I watched, and it's still a great one.  Anna is adorable, Declan is awesome, it's set in Ireland (so the scenery and soundtrack are wonderful), and you should try it. 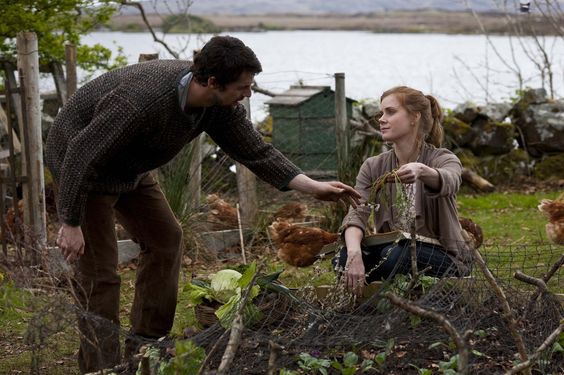 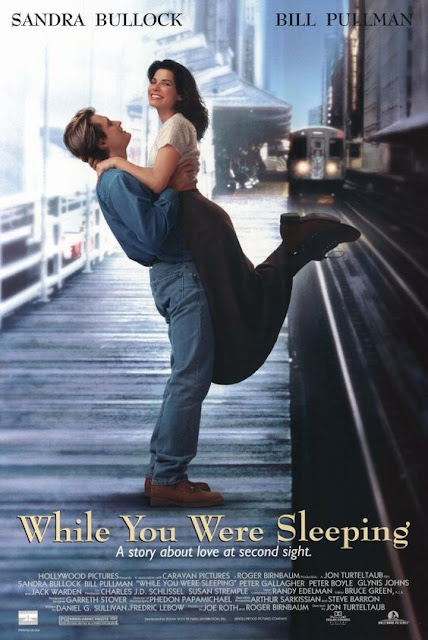 This one is so SWEET and wholesome and mainly clean and feel-good and adorable, aaaaaahhhhh!  Lucy Eleanor Moderatz (I love her name) is totally #friendgoals and the family focus is just precious . . . *sighs again*  (Also, can we all just take a minute to appreciate Joe Jr. for a minute??)  I love the Callahans so much. 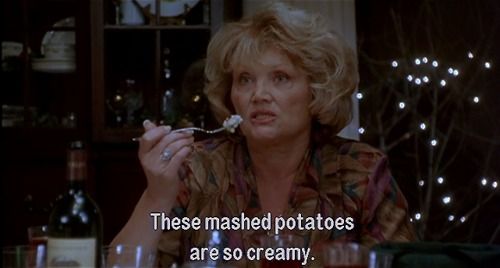 Granted, Lucy's loneliness can actually give the movie almost a depressing tinge at moments, but that makes the bonds that develop between her and each member of the family all the more heartwarming and satisfactory. 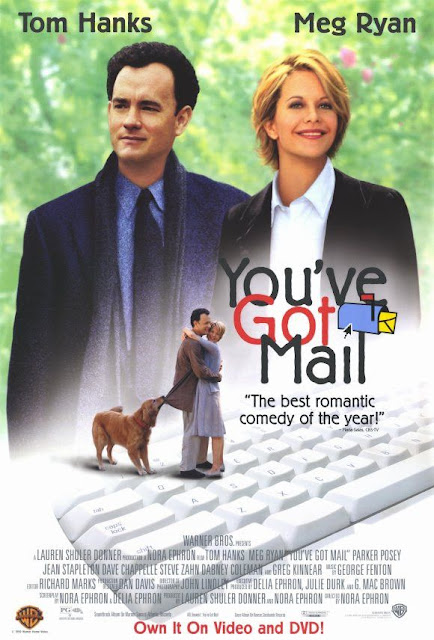 I love this one!  It's so fresh-seeming and engaging, and such a pick-me-up.  Also, the script is amazing.  And it's semi-clean!  (Not all the way.  But it's fairly harmless.) 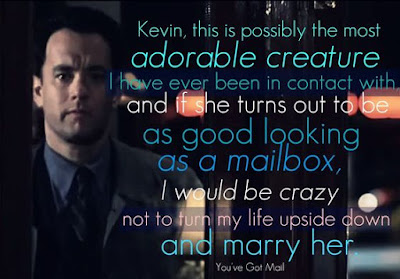 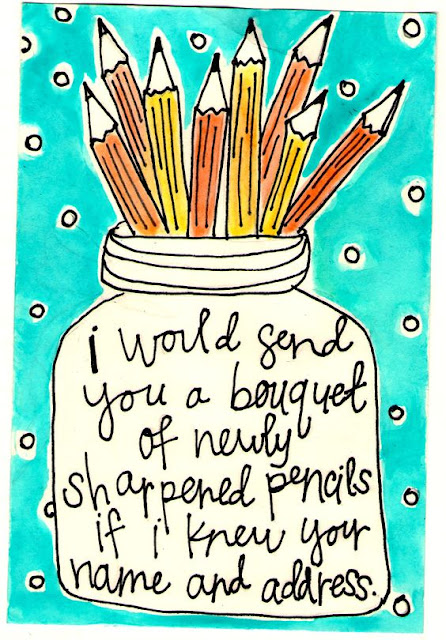 Also, CAN WE JUST TAKE A MINUTE TO APPRECIATE THE BRILLIANCE OF MEG RYAN'S SICK SCENE.  So. stinking. accurate.  For some reason, it always just makes me so happy -- the congestion ("It was personal to bme"), the flurries of Kleenex, the random-osity. 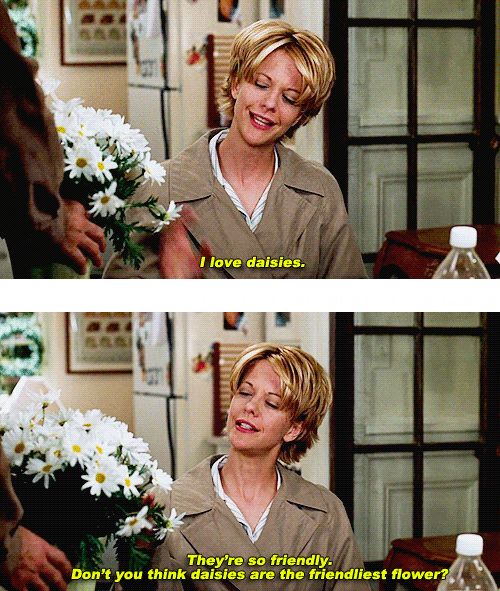 (Really, Meg Ryan's performance in this movie in general just makes me happy.  She's so effervescent and cheery.)  And, of course, Joe is adorable in this scene, too -- how he comes to check on her and bring her flowers and tucks her in to bed.  Happies. :) 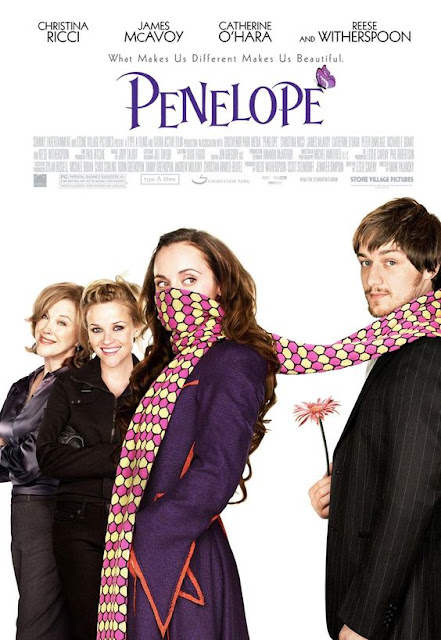 Okay, so, this one is technically kind of a fantasy, but it's also enough of a chick-flick that I felt justified in including it.  I love this movie; it's very special to me.  Go read the review if you want more deets. :-P 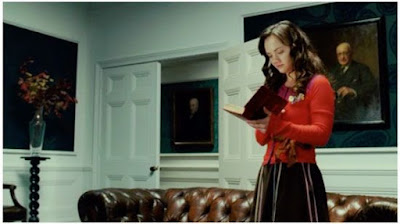 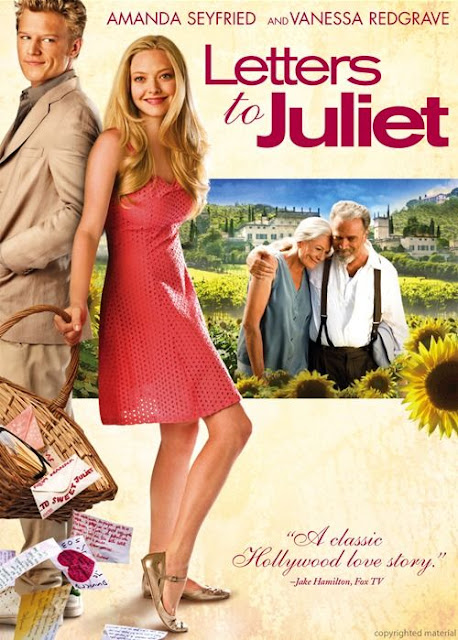 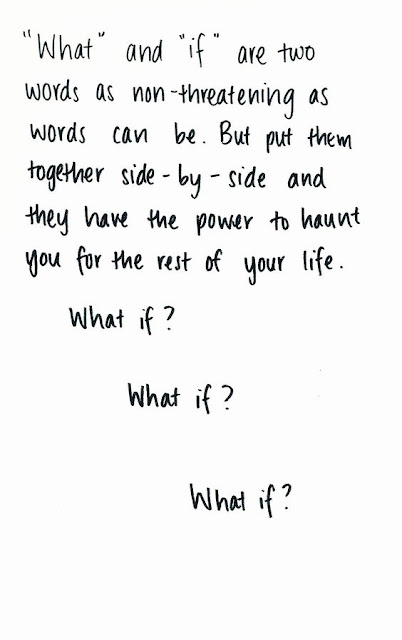 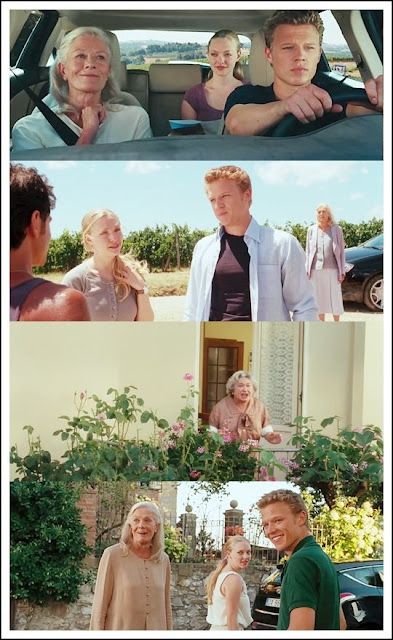