- January 05, 2016
Once upon a time, on the north shore of Long Island, not far from New York, there was a very, very large mansion--almost a castle...

I first stumbled into watching this movie rather casually.  I vaguely remembered having seen pictures of it in random places, so, since I was babysitting, had neglected to bring any movies of my own, and now  had an hour or so to kill before the parents got back, this movie in their collection caught my eye.  I gave it a quick Internet check-up (because I had heard funny rumormongerings--that's not a word--of it being about a witch, and ain't nobody got time for dat), received the all-clear, and decided to give it a try.  And since it's a sort of Cinderella tale, it works for this week ;)  Oh, and another thing:  yes, this is a remake of the black-and-white Audrey Hepburn/Humphrey Bogart film of the same name.  I haven't seen the original yet, so I don't know how it compares. 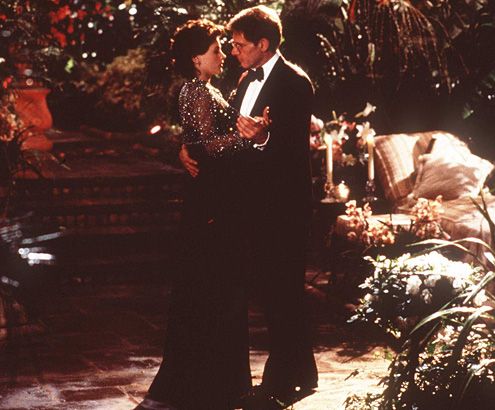 Here's the synopsis, taken from the back of my VHS copy:

Love is a funny thing.  Especially when Harrison Ford, Julia Ormond and Greg Kinnear form the warmest, winningest romantic triangle ever.  Directed by Syndey Pollack (Tootsie), Sabrina shimmers like a fairy tale come true.  Ford plays Linus Larrabee, a busy tycoon who has no room for love in his appointment book.  But when a romance between his playboy brother (Kinnear) and Sabrina (Ormond), daughter of the family chauffeur, threatens one of Linus' business deals, the CEO clears his schedule for some ruthlessness.  He courts Sabrina, intending to drop her when the deal closes.  Will "the world's only living heart donor" discover his heart?  Of course!  But, like the best journeys, the fun isn't just the destination, it's the getting there.

I like that synopsis, because it kind of captures "the spirit" of the movie, dontcha know.  Warm--winning--shimmery--that's this movie.  It's a lot a bit cheesy in parts, but the humor is so quick to save the day, and the atmosphere is bewitchingly delightful. 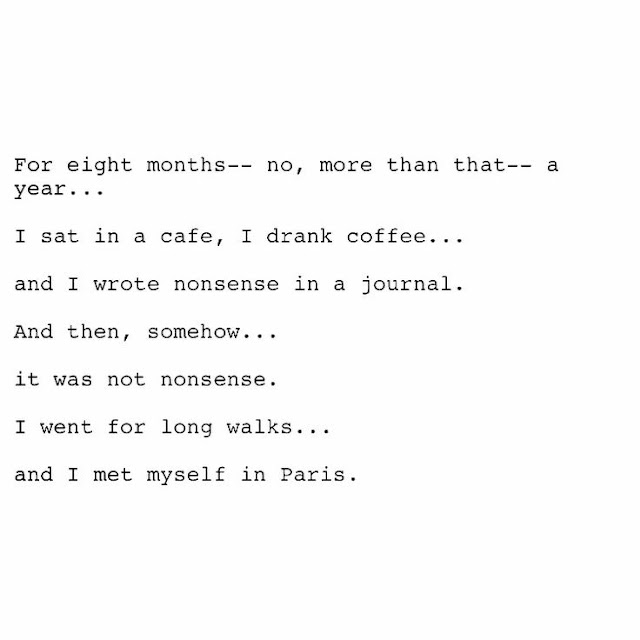 As Sabrina travels to Paris and spends I don't remember how long there, a good bit of the movie has a decidedly Parisian feel.  The sets are elegant, the music is twinkly, jazzy, and adequate, and the costuming is beauteous.  Of course, it centers around a wealthy family and their staff, so naturally it's upper-classy.  The Larabees' solarium is really lovely, as are the grounds, the shots in Paris, etc.

I like Sabrina moderately (the actual character, I mean).  She's not a favorite, or anything, but she's very sweet, kind and strong.  She's rather…ahem…David-crazy, but of course that's resolved.  She returns from Paris confident but still gentle, and I like her before-and-after. 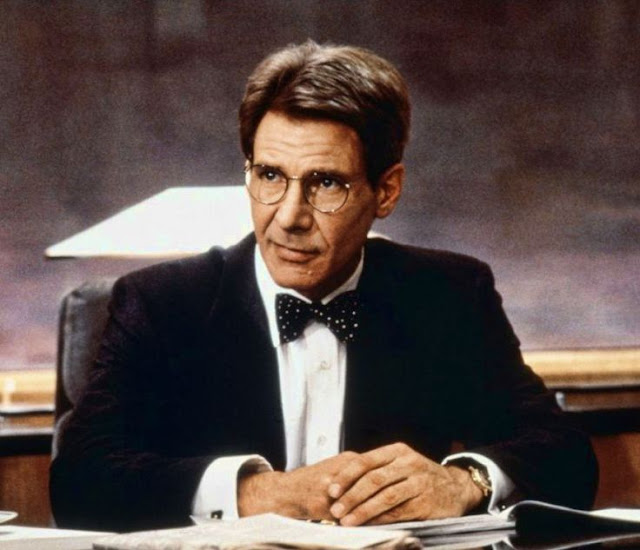 LINUS.  LINUS THOUGH.  Part of me loves him (because, HELLOOO, Harrison Ford), and part of me can't get over how slightly ridiculous the movie is, and consequently his character.

As to the rest of the characters…the servants are quite lovable, particularly Sabrina's father.  I mean, he decided to be a chauffeur because he wanted to have time to read!  Can a guy get better? ;D  David annoys me to no end for the vast majority of the movie, but at least he shapes up by the end.  I like Elizabeth, and Maud, and the secretary whose name I'm forgetting.

How's about some highlights from the dialogue?  Yes?

"So if there's anything I can ever do…"
"Could you bring me back one of those little Eiffel Tower paperweights?"

[talking to his mother on the phone] "Here?  Lousy.  So far I'm more affected than she is; I d--n near cried twice."

"The most difficult tickets to get will be for a Broadway musical."
"Okay."
"…That means that the performers will periodically dance about and burst into song."

"You don't deserve her, but she appears to love you."
"Yeah, see, doesn't that worry you a little bit--I mean, about her…mental health?"

"What'd you get her?"
"Portable fax machine."
"You sentimental fool." 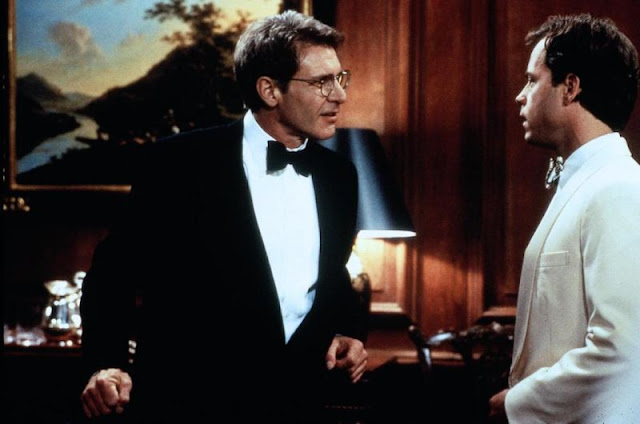 Now, as to content.  For the most part, this is a moderately appropriate film.  It's PG; there are a couple iffy parts.  For instance, the younger Larrabee brother is a major playboy.  That's part of the focus of the film--his affinity for women, and his ability to charm them.  We do see a non-explicit glimpse of him and his latest party flame beginning to…well, you know…in the solarium, but his whole attitude toward relationships, while portrayed as a little lovable, is also shown to be irresponsible, if not wrong.  At one point in the movie, Sabrina is hurt by hearing the news of David's engagement (she receives a letter while in Paris), and she starts to you-know-what with a man she's been getting to know.  HOWEVER, the man realizes that, I dunno, "her heart's not in it", and he basically tells him that she can't solve her problems through sex, but through facing them intelligently (not in those words, of course).  We get the feeling that they don't actually…proceed, and all that.  So that's goodish.  Other than that, there's some pretty minor swearing (I don't remember any particulars, but nothing too atrocious, though I'm sure the Lord's name is used in vain pretty regularly, as with most movies) and some other minor innuendoes (like when the servants are discussing someone they thought was gay, but who actually wasn't).  The movie might be pushing the PG rating, but not badly.

Overall, I like this movie.  It's thoroughly enjoyable, once you understand that it's cheesy as cheddar in some parts and proud of that.  In spite of the silliness, you do get attached to the characters, and you don't mind the ridiculous plots and plans, because the movie knows it's rather on the corny side.

I recommend it:  it has a terrific cast, some killer lines, and a sumptuous atmosphere.  Go give it a try!