- November 13, 2015
"You see many stories where the woman says, 'We love you, guys, no matter what you look like,' so I wanted a story where it was giving the women the same."
~ Leslie Caveny, writer for Penelope


Christina Ricci stars as Penelope, a lonely heiress who has spent her entire life trying to break a strange family curse that left her with the nose of a pig.  When she meets a charming aristocrat, James McAvoy, who seems to see beyond her physical appearance, Penelope begins to learn that loving herself is more important than breaking the curse.

(I did not write the above summary; it came from the back of the DVD, and I excluded the parentheses where they tell you the other movies in which the actors have acted.  I didn't feel like coming up with an introduction, so I decided to plagiarize.  Usually works;D)

I don't know how my family first came by this movie, but I'm glad we did!  It's a lovely, sweet story (plus it's hilarious), and I really like it.

So, as the aforementioned summary mentions, Penelope is the story of a young woman who had the misfortune to be on the receiving end of a family curse, and as a result, she has had to live with the nose of a pig for all of her twenty-five years.

One of the makers of this movie remarked that they did not want the nose/snout to be overly grotesque…or really, grotesque at all.  (Unless you're Edward, and then you think that she belongs in a cage, but you won't get that joke unless you've watched the movie.)  It looks almost normal--it's completely feasible for people to grow accustomed to it.  It shouldn't interfere with her relationships, yet it does.  It would be delightful to say that everyone were completely accepting of the unique feature, but then there would be no story;)  (Got the reference?  Got it?!)

I like Penelope.  Y'see, I have a birthmark on my cheek.  It doesn't sound like a big deal, and really, it's not, but it's a slightly largish dark, hairy thing on my face, and thus, as an adolescent girl, I've had my share of insecurities about it.  So it's cool to have a movie heroine with which to relate--a beautiful, totally lovable movie heroine--who also has a "peculiarity" about her face:)

Penelope has put up with all the planning and the matchmaking for seven years, but she's very understandably beginning to get fed up with it all.  "For seven years, I've been watching them run.  Do you have any idea how that makes me feel?  Do you?"

…Enter James McAvoy in the form of Max Campion (or is he?!).

Johnny is this affable, rambunctious gambler who is, we get the feeling, dead broke but irrepressibly optimistic about life. Of course, he's chasing the wrong things, trying to fill the void within him, and she must bring him back to true life, dah-dee-dah, it's lovely but we all know it.

However, their relationship has certain…mishaps, shall we say;)

(Okay.  I'm being seriously distracted by that gif.  THE GRIN.  The grin is a little adorable, you gotta admit.)

Penelope must marry a "blueblood" in order for the curse to be reversed, and Johnny's hiding a secret that impedes their burgeoning romance (several, in fact).  "It's all quite entertaining," and I encourage you to go watch it, but I shan't say anything more than that about the plot due to spoilers and such. 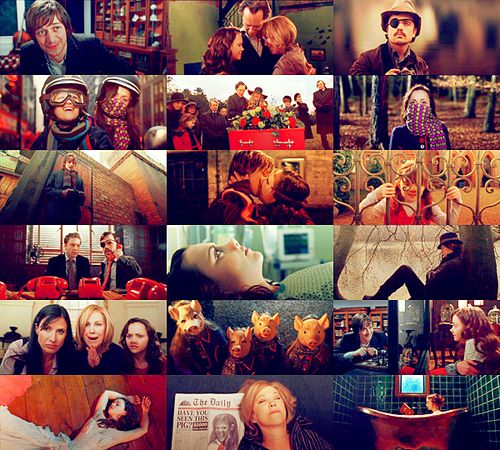 The supporting cast of characters are priceless. I loves them:D  Lemon, Edward, Jessica, Wanda, Annie, Jack…they're just all delightful.  The lines in this movie, though!

I think Lemon and Wanda are my favorite secondaries, character-wise, but I really like Edward, too, I admit it.  He's just funny:  "Fangs?  There are no fangs, Edward."  "Huh.  Well, she must just suck them back into her skull…or something."

A lot of neat actors and actresses play in it, by the way.  Like, Edward is played by Simon Woods…or Curlytop Bingley…or A New Young Doctor…whichever you prefer;)  (Oh, and Guppy from Bleak House makes an appearance too, if that's any incentive.)

Does anybody else ship Annie and Jack-the-bartender?  I do. 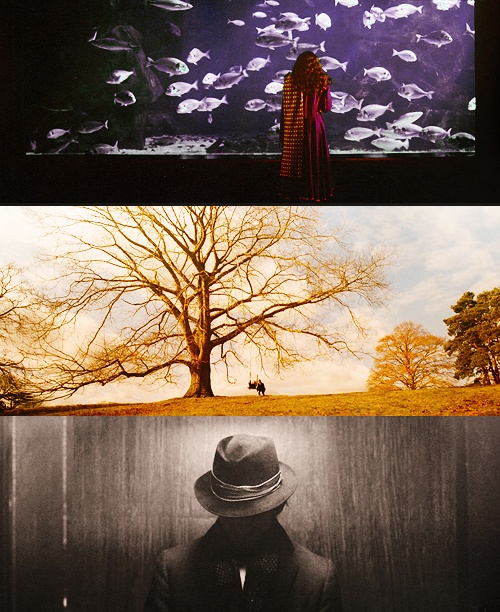 It's so savory.  The music is delectable, the dialogue is great, the storyline is original, the characters are awesome, and it's family-friendly!  (It's got the Dove Family Approved and Heartland Truly Moving Picture awards stamped on the case and everything.) 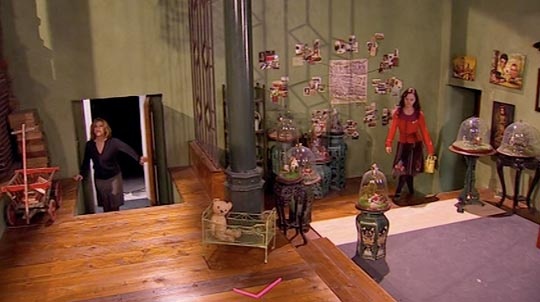 Go watch it!  As I said, it's family-friendly; I really can't think of any content.  Jessica's clothing dips a bit, I guess…there's kissing that might get a bit intense depending on your Views on such things…there's a small amount of swearing…I really think that's it.  The whole curse thing is a bit weird, but not overly so.  And you get past that pretty quick.

It's also hilarious, like I mentioned earlier.  When she's walking in the park and the joggers come up behind her?  When Edward and Lemon are answering the advertisement phones?  The "You Are My Sunshine" part?!?!  It's just awesome:D

It's a fantasy, it's a satire, it's a romance, it's a comedy, it's irresistibly eccentric.  It's quirky and zany and nonsensical and feel-good and emotional and lovely.

(The second-to-last scene in Johnny's apartment makes me happy.  It's so GOOD :D) 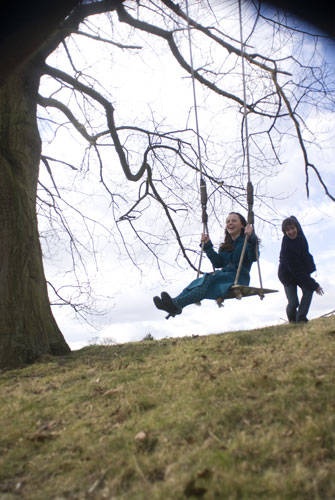