In which I ramble about various television couples I ardently adore

I've been wanting to do a "TV ship appreciation" kind of post for a while now, so here I am!  There are so many couples from so many TV shows that I just love to pieces, so I'm going to unleash all my feels on you all now.  You have been warned;)  Some of these ships sailed and the two became a couple, some are still airing as series, so it's still up in the air, and some of these ships sunk, but I love them all:)

Oh, and I won't be mentioned all the couples I ship from all the TV shows I like--just the ones that have really been burning in my mind recently (that's an odd way of putting that…).  Hence the lack of certain couples, such as Sookie/Jackson, Rumple/Belle, Chummy/Peter, Guy/Meg, Alfie/Minnie, etc:) 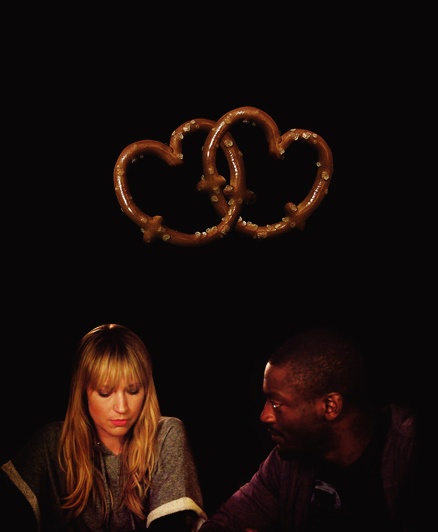 Alec Hardison and Parker (does Parker have a last name??)
From:  Leverage

These twoooo <3  Initially, I actually shipped Parker with Elliot.  I thought they would make a better match, and I'm still very sympathetic to the Elliot/Parker community;D  BUT.  I changed my mind.

Parker and Hardison are just…*sigh*  They're just sweet.  The fact that it takes awhile for their relationship to change from friendship to beaux is nice.  I love how Hardison understands Parker's eccentricities and how deep down she's really very vulnerable; how he protects her; how he does try to "ground" her sometimes.  And conversely, Parker also opens his mind to the more zany side of life and gets him out of his comfort zone, utilizing such tools as literally pushing him off buildings;) 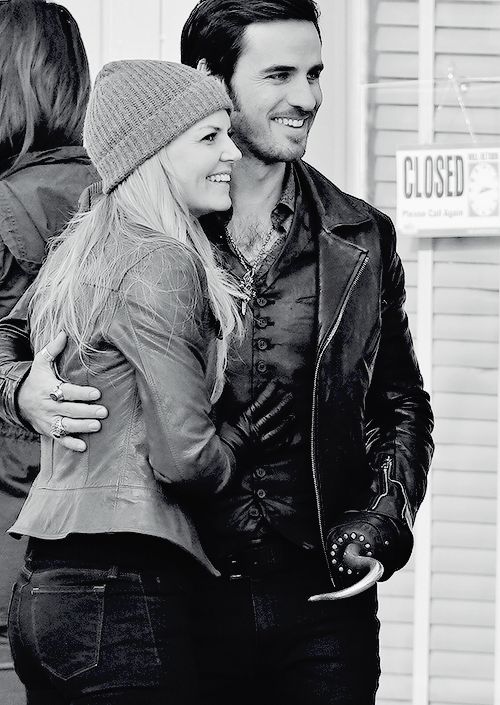 Emma Swan and Killian Jones
From:  Once Upon a Time

Absolutely, without a doubt the BEST SHIP FROM ONCE.  (An argument can be made for Rumbelle, though.)  THEY'RE JUST AWESOME.  I love Neal to death, too, but I think his and Emma's relationship is/should be more of very close friends than romantic interests.  *SPOILERS*  That doesn't mean, though, that I didn't feel it keenly when Neal died and said, "Go find Tallahassee…even if it's not with me."  Did anybody else cry?!?! *END OF SPOILERS*  The last number of episodes in the fourth season were especially feelsy for Captain Swan fans--"Don't you know, Swan?  It's you."--"The worst thing was that I never told him I loved him, not once."

…Okay, I'm going to stop bombarding you with emotional quotes. 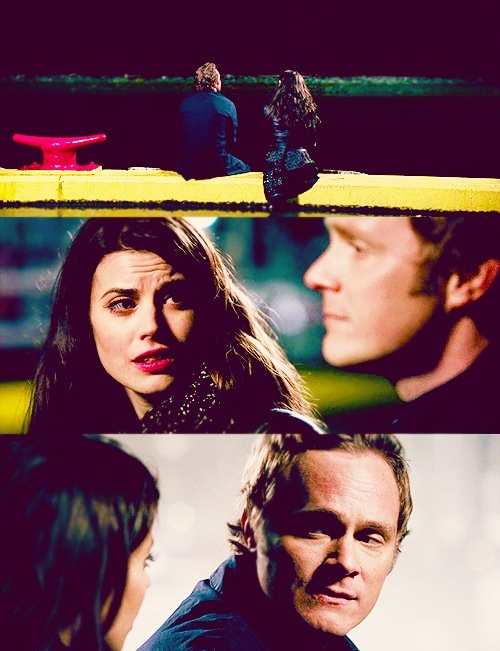 Dr. Whale and Ruby
From:  Once Upon a Time

Oh, I'm the only one who ships these two?  Tell that to the makers of all the edits on Google!  HA!

No, seriously, the scene in that picture I used is what made me ship them, and I STILL THINK THEY SHOULD BE A THING.  But neither Ruby nor Whale have been in the spotlight in Storybrooke of late, so I've well nigh given up hope.  Ah, well.  They will always be one of the best ships that never sailed, if events so turn out.

See, they're so perfectly matched.  Both know what it's like to feel like a monster, both have guilt and regret over things in their pasts, and both eventually come to stability and a sort of peace with it.  How can you watch that episode and not think they should be a couple?! 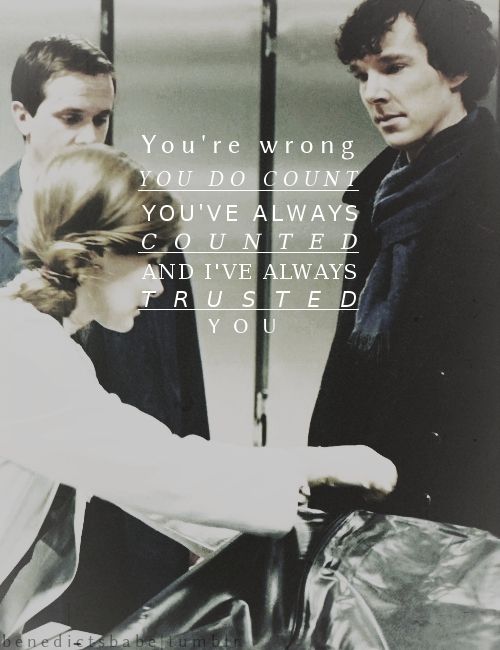 Sherlolly (can we talk about how adorable that name is?!) is the ship that has been on my mind the most, recently (except perhaps for Rarian), and consequently this will probably be the one I talk about the most in this post, so prepare thyself.

I'm just now (as in, since this past summer) getting into the Sherlock fandom--previously, I didn't watch the episodes because they scared me too much.  Now, they still freak the heck out of me, but I watch them anyway;)  I've watched all of the episodes except for "The Hound of the Baskervilles" as of now, I believe, and I don't have any plans to watch HotB, so for all intents and purposes, I'm caught up!  (Mayhap I'll write a review of them one of these days…hmm…that's a tantalizing idea...)

The utter perfection of these two as a couple just makes me feel like squealing whenever I think about them for too long.  You see, Sherlock, as we all know, is really an abominable human being who also happens to be irritatingly irresistible.  You can't just not love Sherlock, deep down, especially because for all his awful characteristics, in the end, he will do anything for those he loves.  And Molly, while she's obviously twitter-pated with him in the first season, knows how to handle him.  She's been hurt and repulsed by him countless times, yet she loves him quietly and selflessly in spite of him and in spite of herself.  And, as a friend and I were just discussing recently, though Molly is in all respects an "ordinary" person (aren't ordinary people adorable?;D)--unless they come up with another "big shocker reveal" and it turns out that she's actually a criminal mastermind, like the creators of this show apparently like to have happen--she is not a doormat.  She tells Sherlock off when he needs it, such as when she comes in to the Christmas party and he is his usual jerky self, she doesn't just stand there and take it.  She speaks up for herself and tells him some hard truths.  She does that again in the last episode of the third season ("How dare you throw away the beautiful gifts you were born with!").  I JUST LOVE HER.

THIS SCEEEEEEEENE ASLDMGPHAKSLASDKGJASDGFL!  Her little jump when he startles her, and then the dialogue, and his eeeeyyyyyyeeeees and he loves her so much and THEY ARE A THING, OKAY?!  I don't care if they haven't been "canonized" or whatever the expression is.  They must and will become a couple.  Did you watch that scene after his Big Return when they're talking about her engagement (which was so not even legit, in my opinion) and his line, "The one person he thought didn't matter at all to me was the one person who mattered the most." and how he kissed her cheek?  Did you?  THIS SHIP MUST SAIL. 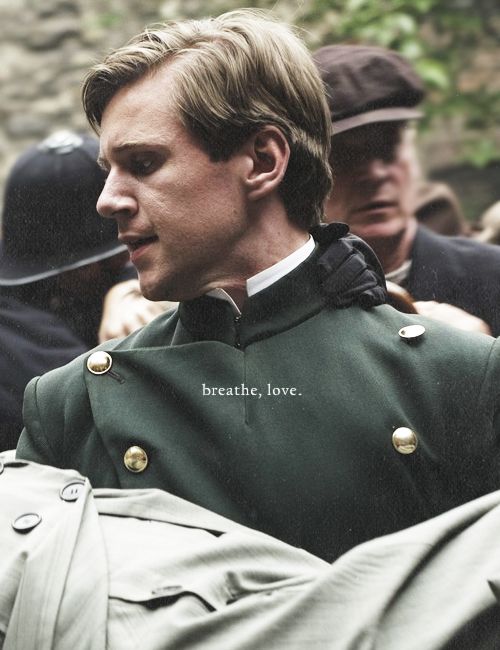 [Before you get too excited, Emma and Naomi, I have to tell you that I don't watch Downton anymore (we became thoroughly fed up with how many deaths there were).  BUT, when I did, Sybil and Branson were without a doubt THE best evah, and you both understand why I must now writhe on the floor in agony over the PAIN.  (Not literally, of course.  That'd just be taking it a bit too far.)] 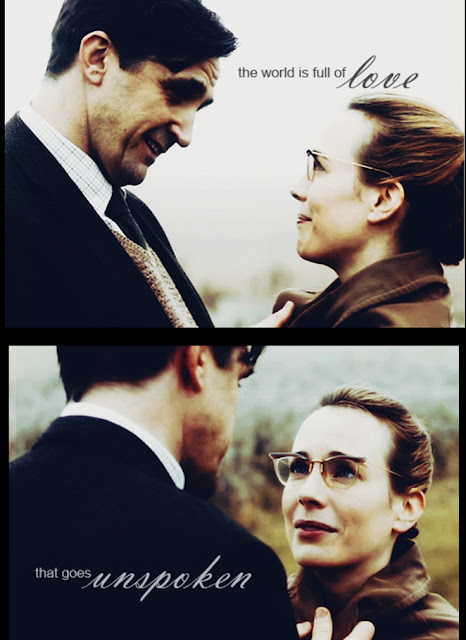 Dr. Turner and Sister Bernadette/Sheila
From:  Call the Midwife

Phew, BBC knows how to take it out of you emotionally.  (Can I get an amen?!)

I liked these two, especially because the show didn't take their relationship inappropriate places, if you know what I mean.  I was convinced that "something" would happen between them while she was still a nun, and that would have been just plain wrong.  BUT, the makers handled this plot element deftly, and I was satisfied and appreciative of how everything worked out.

They're just too darling, no?:) 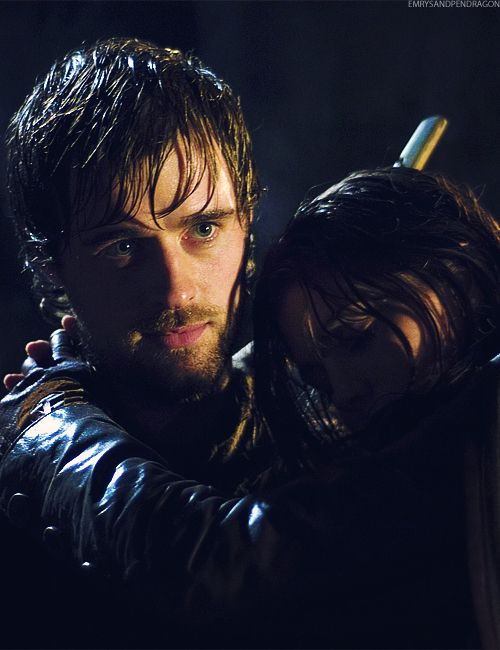 SQUUUUUUEEEEEEEE!  I know these possibly shouldn't even count as a ship, since we all know that Robin will/should end up with Marian due to the fact that we all know how the Robin Hood stories go, but I'm including them anyway because I just love them to bitsy bits.

I like the expansion and interpretation of their relationship in this show, and though it will rip your heart out mercilessly and leave you reduced to desolate ashes make you sad at certain parts *ahem*, in the end, it's gorgeous, and JUST WOW.

I don't even know what else to say about these two.  Words fail, and whatnot.  Oh, but gals, I tell you, there's nothing better for a long car ride than when you're listening to your iPod, and a song that has nothing whatever to do with Rarian comes on, but it's just so amazingly applicable, and you start visualizing a music video in your mind.  T'is soooo stimulating and enjoyable.  The two that happened for me this past trip were "Already Gone" by Kelly Clarkson (it would make for a really sad but really good music video) and "I Won't Say (I'm in Love)" from the animated movie Hercules.  IWS would make one of THE MOST ADORABLE videos everrrrr, and it would be a consolation after AG;)

Kate and Allan-a-Dale
From:  Robin Hood

*glares furiously at Kate*  I don't think I can forgive her.  SHE DIDN'T EVEN SHOW A HINT OF EMOTION WHEN…oh, what's the use.  What's done is done, and what never happened can't happen now.

ButseriouslywhattheheckImeanthatsceneinRufus'housealonewasenoughto…sigh.  Kate, you're an idiot.  Robin, you're an idiot for encouraging her, and John?!  What the heck were you doing?!  You call that advice?!

I think I've ranted about this enough.  I should stop. 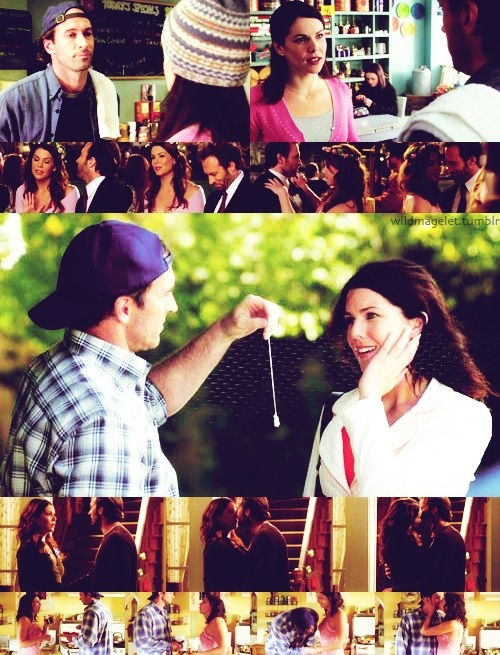 They're just the cutest love-hate relationship you're ever going to find.  They drive each other nuts and yet they couldn't live without each other.  Hearts <3

These two are probably my favorite of the Gilmore Girls couples, even though I haven't watched the episodes when they officially become a thing.  Oh, but I did watch their wedding episode, and OHHH THE CUTENESS!  And I've selected scenes on YouTube:)

What are some of your favorite television couples?
What say you all to a similar post, but concerning book couples?