In which I ramble about various book couples I ardently adore

November 23, 2015
Since you all were so kind as to give my television couples post a wonderfully warm reception, here I am with my suggested book-ship post! :)  The same caveats apply:  these are by no means all the couples I ship from books, and I must admit that most of the ships I'll list here actually sunk, but no matter.  Hope you enjoy!  I tried to pick those couples that were not totally obvious or that I didn't know from the beginning would end up together (case in point, there are no LotR ships in this post).  Let's get started, shall we? 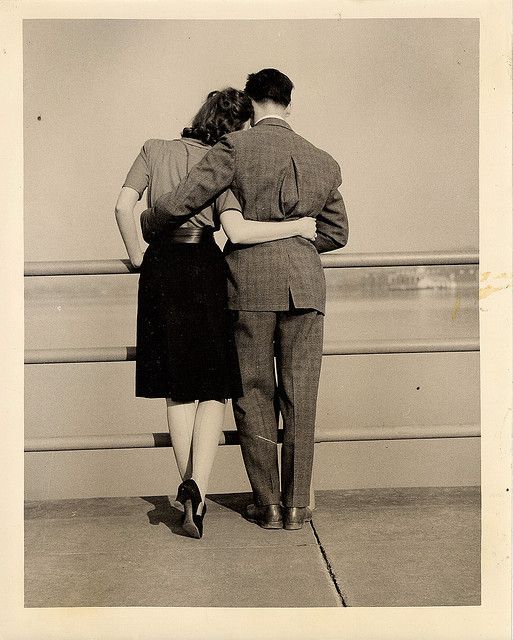 Julie Wallace and Graham Gillin (I think that was his last name?)
From:  Julie by Catherine Marshall

I was disappointed that Julie did not end up with Graham at the close of Julie.  (Of course, I was a bit disappointed in that whole book, but that is nothing to the purpose.)  I think the relationship between Julie and Graham had the most depth to it out of all Julie's (manifold) beaux.  It had a bit of a rocky start, but at least they actually got to know one another.  At least their relationship was founded on a little bit more than infatuation.

Digory Kirk and Polly Plummer
From:  The Magician's Nephew by C. S. Lewis

I really wish Digory and Polly had become a thing.  They're just so priceless together :D  They had their quarrels and their differences, but in the end they were always a sweet duo who understood each other and were the best of friends, standing by one another through thick and thin.  I think theirs would have been a happy relationship, had it ever evolved. 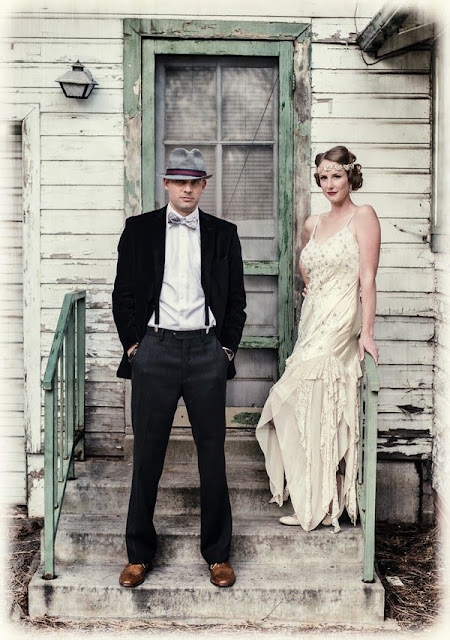 Jordan Baker and Nick Carroway
From:  The Great Gatsby by F. Scott Fitzgerald

Literally the only compelling, potentially healthy relationship in the book.  Of course it falls apart. 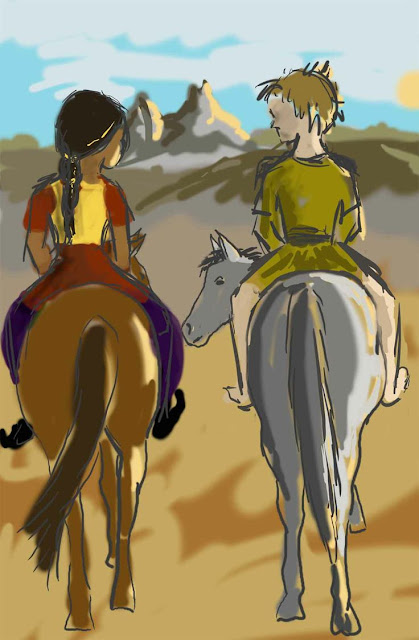 Shasta/Cor and Aravis
From:  The Horse and His Boy by C. S. Lewis

Shasta (or Cor, whichever you personally prefer) and Aravis make me sooo happy.  I was listening to Alex Jenning's recording of THaHB recently, and THEY ARE JUST THE BEST.  When he goes back to fight the lion…and then when he returns from the battle and they're acting really awkward around each other…and then how he describes their relationship:  "when they grew up, they got married, so as to go on doing it more conveniently."

Una Meredith and Walter Blythe
From:  Rilla of Ingleside by L. M. Montgomery

"Una shook hands quietly, looking at him with wistful, sorrowful, dark-blue eyes.  But then Una's eyes had always been wistful.  Walter bent his handsome black head in its khaki cap and kissed her with the warm, comradely kiss of a brother.  He had never kissed her before, and for a fleeting moment Una's face betrayed her, if anyone had noticed.  But nobody did…" 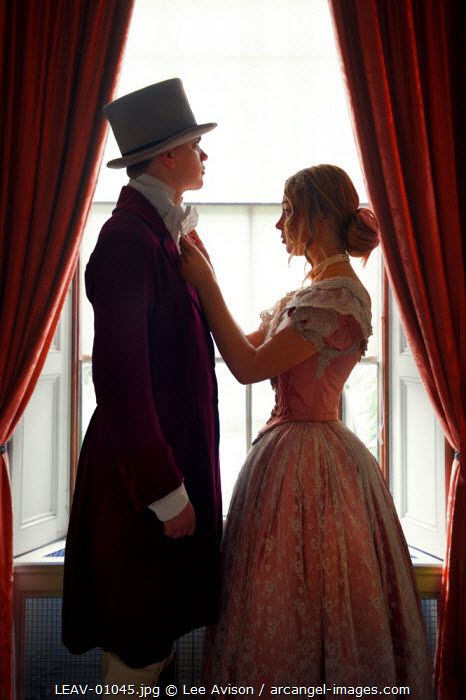 Tom Shaw and Polly Milton
From:  An Old-Fashioned Girl by Louisa May Alcott

I've only read this once, something I need to remedy, but I remember really liking their relationship.  Warm fuzzies, and all that :D 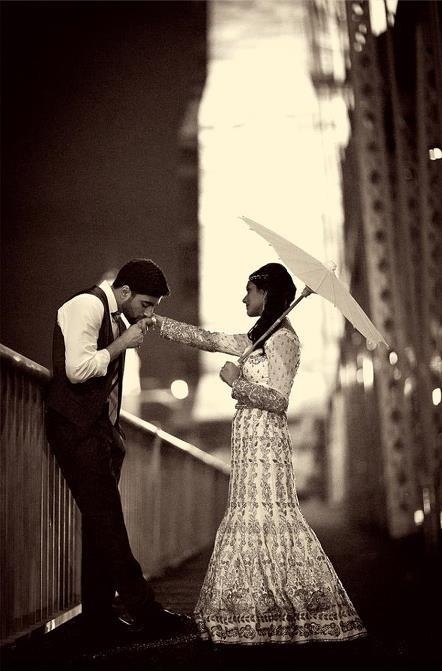 Neela and The Guy (I can't remember his name, but the soldier guy she hides)
From:  Neela:  Victory Song by Chitra Bannerjee Divakaruni

This is one of those Girls of Many Lands books--you know, the subset of American Girl?  If any of you have read it, you probably know who I'm talking about.  Anyway, I always really wished that Neela and whats-his-name had ended up together.  I "wrote" fan fiction plots and acted them out with my Neela doll and one of my brother's GI Joes.  I was that committed;) 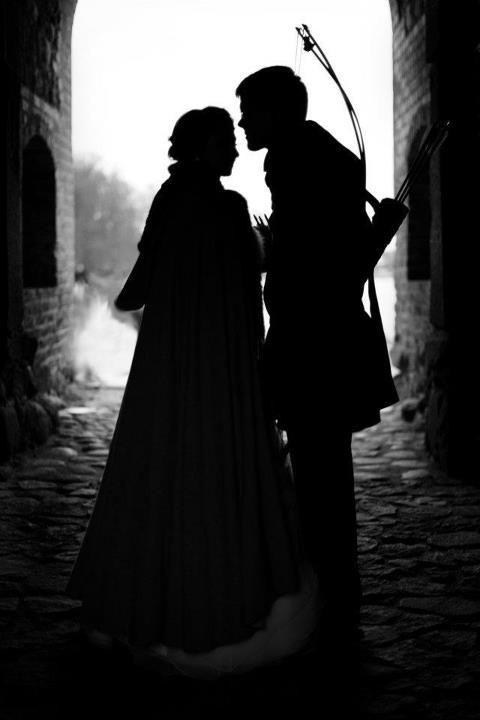 Bardia and Orual
From:  Till We Have Faces by C. S. Lewis

That is, I WOULD ship these two, wholeheartedly, but for the fact that Bardia is married *scowls at his ill judgement*  I can choose to believe, however, that Bardia was not married when he first met Orual.  (It probably says he is in the book, though.)

But honestly.  THE PAIN.  I know the whole impossibility of a relationship between the two of them contributes to the drama and emotionalism of the story, but I think Bardia could have/should have seen past Orual's "ugliness".  Wouldn't they be a good couple?  Wouldn't they?! 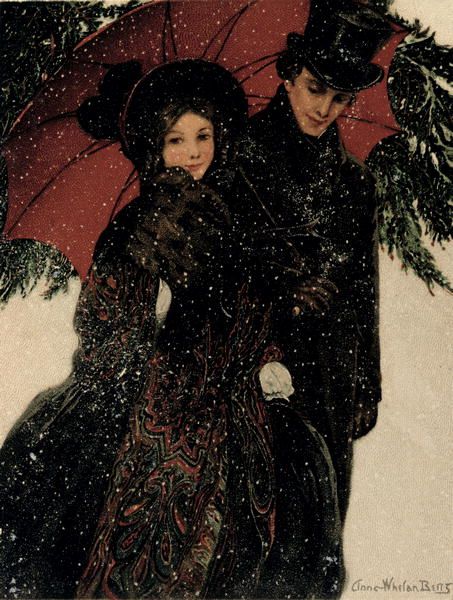 I'm not a pedophile, I promise!  The idea is suggested in the latter portion of the book, after all.  Do they actually become a couple in any of the sequels?  Anybody know?

Andres Montoya/Papá and Tía Dolores
From:  the Josefina books by Valerie Tripp

I remember being SO happy when these two became engaged at the end of Changes for Josefina.  So much joy :D  Really, though, are they not an awesome couple, those of you who have read the books?  Totes adorbs :)