- November 28, 2015
Here I am to answer the questions Abigail put together for Lewis Week (hey, better late than never, right?)! 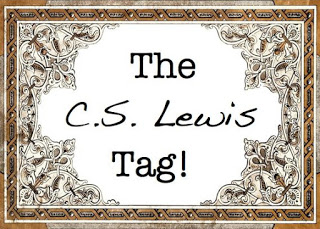 I apologize (ish) in advance for the superfluity of Narnia pictures, particularly those pertaining to "The Call." ;)

I can't remember not hearing about him, if you know what I mean.  I grew up on the older (and yes, fairly stereotyped as pretty bad) BBC movies, of which I do really like The Silver Chair, but which, other than that, I can do without.  And then I read the Narnia books, of course, and stuff kind of happened from there;) 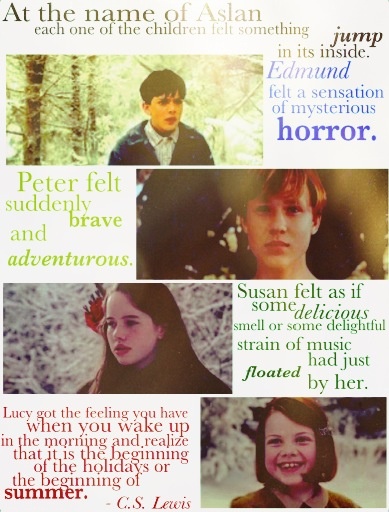 2. What was the first of his books that you read?
The first?  Hmm…probably The Lion, the Witch, and the Wardrobe.

3. Which one of his book(s) is your favorite?
He's my favorite author!  How can you ask me to pick a favorite??  Actually, it's okay.  Um…I think Till We Have Faces wins.  Mere Christianity, The Magician's Nephew, and The Horse and His Boy are really close, but TWHF is just stunning. 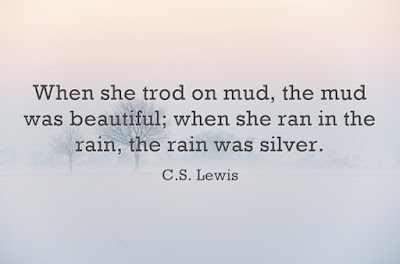 4. Describe what you feel when you read his books.
Deep questions, these…I guess one thing I really appreciate about his works is his ability to convey different emotions with the different genres he writes.  In Mere Christianity or The Problem of Pain, I get "aha" moments--you know, when you read something that describes what you've been trying to grasp for ages but have never been able to formulate into an intelligent thought.  In The Chronicles of Narnia, I feel many things:  nostalgia, safety, happiness, laughter, etc.  And in Till We Have Faces I feel human.  I feel the human follies, the human glories, and the sublimity of the supernatural touching the human with love.  (You really need to read TWHF if you haven't.  Have I stressed that enough?  Seriously, IT IS AMAZING.  And definitely stick it out until the end, because that is when he ties everything together so shockingly and beautifully.)

5. How have you been touched or impacted by his works?
See above;)  Mere Christianity, among other things, touched me in how he explains that we will not always "feel" close to God, and that's okay.  We need only to act on His Word and as if we adored Him, and eventually we will.

6. What would you say to anyone who hasn't read any of his books?
Well, I think I'd say, don't base your judgment of him as an author off the Narnia books.  Now, before you pelt those rotten tomatoes at me, I don't mean that the Chronicles aren't spectacular--they are.  They're brilliant, touching, funny, beautiful books.  BUT I think that sometimes, people read only the Narnia books and think that is always his style, and I think that sometimes people judge him unfairly by them and think that they are "as 'deep' as he gets."  (And even if that were true, they're plenty deep, if you dig beneath the surface.) 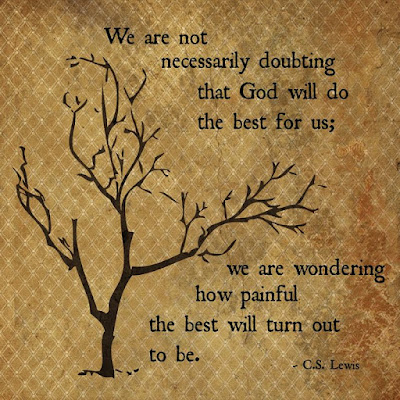 7. If you could write a letter to Jack, thanking him, or asking him questions, what would it be? (show us as your answer.)
Oh, yikes!  I wouldn't know where to start!  But I'll try.

Dear Mr. Lewis,
I just wanted to thank you so much for what you've done.  By simply using the gifts God gave you, you impacted more lives than you will ever know and drew so many countless people closer to the Creator.  By always being candid, warmhearted, recognizing those the world would overlook, and being willing to write unpopular things, you've touched me deeply and I thank you and our Savior for it.
Oh, and by the way:  did you by any chance draw your inspiration for The Lady of the Green Kirtle from Bernlak's wife in Sir Gawain and the Green Knight?  Just wondering :)
Thank you again so much--
a friend in Christ 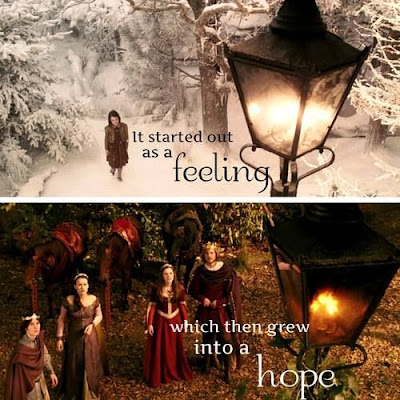