SO.  If you've been following my blog for any length of time, you probably know that I am a rather fanatical lover of the BBC show Robin Hood.  I've reviewed all three seasons, I'm in the process of driving my mother crazy by pestering her about watching it with me, and few other stories get me quite as emotionally "stirred up" as RH.  (To which anyone who knows me really well will scoff.)

I love the storyline, the different twists on the original legends, and I love the characters.

Marian, especially, is one of my favorites out of them all. 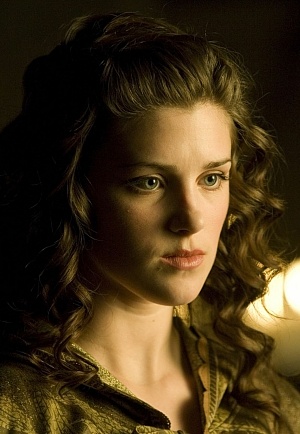 I know Marian irritates some people, and I understand that (partially), but I really love this gal, so I wanted to share the reasons why with you all!:)

One of the chief complaints I think people have with Lucy Griffith's portrayal of Marian is that they think she's this hugely politically correct character, a deference to the feministic community, and that's probably supported by certain lines and elements, such as the "embroidery" that recurs a couple times in the first season.  Personally, I don't think of Marian as this mega-revolutionary feminist chick.  Is she independent?  Sure.  Does she take on roles that her society would not have given her?  Sure.  But I don't think she's ultra "I can do it all my own way, and who needs guys, they just mess everything up." She gets frustrated with the men in her life--though, really, can you blame her??--but she doesn't invalidate them.

Marian isn't afraid to be a woman.  She isn't afraid to have a woman's feelings or to nurture more feminine talents.  She even scolds Robin for not being more sympathetic, remember? 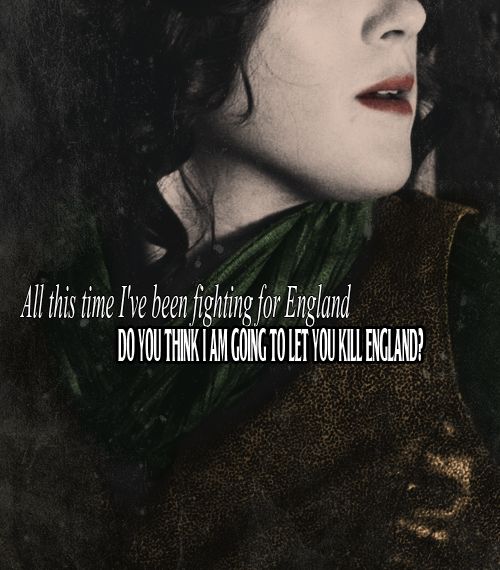 And, if I'm being totally real with you guys…I don't really mind if the BBC was trying to make her a P.C. feminist.  Frankly, most of the Marian portrayals that I have seen/heard about are damsels in distress.  And while I'm not totally ruling them out…seriously?  Is that the only place for the lovely companion of Robin Hood?;)

Marian doesn't conform to the role in which her society has placed her.  She is fiercely patriotic and feels the desperation of those around her.  She refuses to accept the status quo and fights to change it, to bring about a better England, a better life for those less fortunate.

And yes, she's a "warrior" and she trains herself to be an apt fighter with the sword and with the bow (and with epic hairpin-daggers, as the case may be).  That doesn't mean that her character was only portrayed that way in order to carry a "feministic agenda".

The other main issue, at least that I've heard, is that Marian isn't always strictly truthful with Guy *ahem*.

…Yeah.  This is legitimate.  It could be argued that Marian led Guy on, that she toyed with his feelings, and that she manipulated him like crazy.  Now, granted, she does lead him on sometimes.  She does deceive him.  And she does ultimately break his heart (and I gotta say, I'm not laying any sort of blame on her in that scene--because JUST NO--but she could have timed that "true confession" just a wee bit better).

But consider the circumstances!  Marian is in an extremely delicate position throughout the entirety of the show.  She is very strongly opposed to Vaisey, and to Guy's participation in his wicked plots, but she knows she will not be any help to anyone in England if she openly defies the authority of the Sheriff.  She would forthrightly be executed, y'know, and then where would those she helped be?  (To say nothing of Robin.)  She is walking a tightrope the whole time, and it requires great presence of mind.  She is caught and punished more than once, too, if you'll remember--and would we have her blatantly reveal her involvement with Robin's movement?  Robin and the gang are working for England, and Marian is supporting that effort as much as she can within her sphere of influence.  She uses her good standing with Guy to others' advantage, certainly, but I don't think she ever acts selfishly. 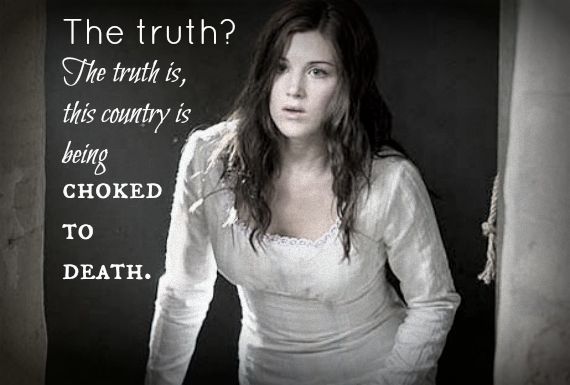 I believe that Marian does care for Guy…as a person.  I believe she is intensely interested in his moral evolution--she does her best to make him a better man.  She sees good where there is none…*sob*  And she DOES ultimately make Guy a better man.  (It takes a rather extreme "push"--*glares at Guy*--but it does happen in the end.)

I'd go so far as to say that Marian loves Guy--not as she loves Robin, never as she loves Robin, but she cares for him very deeply as a friend, and I believe her face when he decides to make the heroic choice in that one episode in S2 reveals just how important his growth is to her.

So, there it is.  I love Marian.  She is a freedom fighter, and I look up to her, frankly.  I hope that if I were to be placed in her position, I would act half as wisely and well as she does.