November 10, 2015
Here I am to share my selection for Heidi's November edition of Inkling Explorations!  The theme for this month:


~ a giving of thanks in prose or poetry ~

And my choice comes from The Return of the King by J.R.R. Tolkien!  (Natalie, DON'T READ THIS!  If you don't already know what happens in RotK, that is, and don't wish to know.)

This passage comes after the Ring has been cast into the fires of Orodruin, and Sam and Frodo awake to find themselves rescued and in the camp of Aragorn in…Ithilien, I think.  Sam is disoriented at first, but at being reunited with Gandalf, all the toils and sorrows of his heavy journey begin to fall away, and his out-gushing of relief and exhilaration reach a robust crescendo throughout the whole latter part of the chapter.  It's all joyous and exuberant and wonderful, but for the sake of brevity I must limit it to this.

Full memory flooded back, and Sam cried aloud:  "It wasn't a dream!  Then where are we?"

And a voice spoke softly behind him:  "In the land of Ithilien, and in the keeping of the King; and he awaits you."  With that Gandalf stood before him, robed in white, his beard now gleaming like pure snow in the twinkling of the leafy sunlight. "Well, Master Samwise, how do you feel?" he said.

But Sam lay back, and stared with open mouth, and for a moment, between bewilderment and great joy, he could not answer. At last he gasped:  "Gandalf!  I thought you were dead!  But then I thought I was dead myself.  Is everything sad going to come untrue?  What's happened to the world?"

"A great Shadow has departed," said Gandalf, and then he laughed, and the sound was like music, or like water in a parched land; and as he listened the thought came to Sam that he had not heard laughter, the pure sound of merriment, for days upon days without count.  It fell upon his ears like the echo of all the joys he had ever known.  But he himself burst into tears.  Then, as a sweet rain will pass down a wind of spring and the sun will shine out the clearer, his tears ceased, and his laughter welled up, and laughing he sprang from his bed.

"How do I feel?" he cried.  "Well, I don't know how to say it.  I feel, I feel"--and he waved his arms in the air--"I feel like spring after winter, and sun on the leaves; and like trumpets and harps and all the songs I have ever heard!" 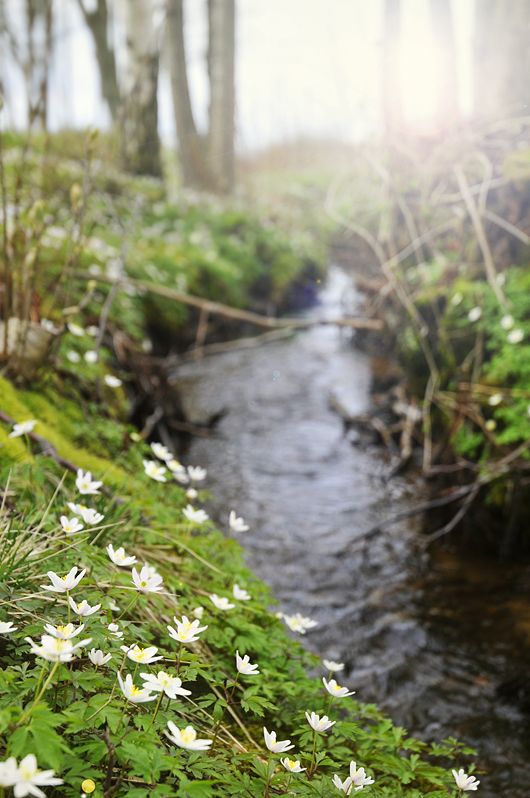