- November 01, 2017
It's been a while since my last month in review post, so I thought now might be as good a time as any, especially since I've seen quite a few new movies over the past two months. :)

[Instead of trying to do a content warning for every movie, I decided to just place an asterisk next to those titles that contain content that I would want to mention before universally recommending the movie.  (That sentence didn't pan out so well.)] 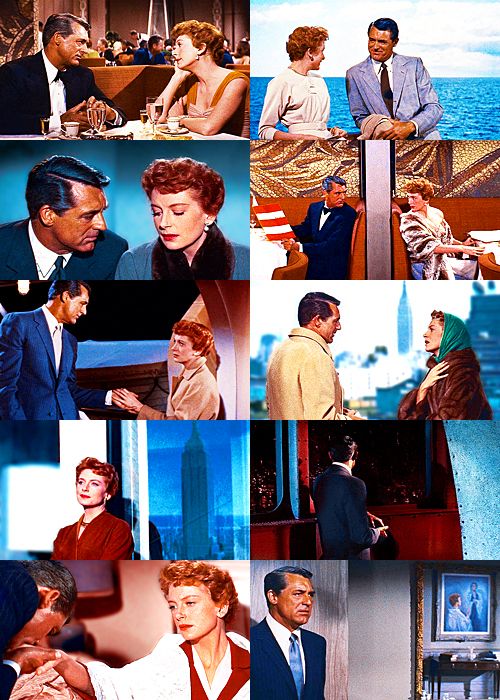 In case you couldn't tell, this made me really, really happy. ;D  It was just my kind of love story.  First o' all, I need to address THE BANTER.  I love Cary Grant, and I liked Deborah Kerr from The King and I, but the two of them together had what might be the CUTEST FLIPPING CHEMISTRY I've seen in a long while.  Nicky's playboy-ness is of course very un-okay, but that's part of what makes this awesome, because THEN HE MEETS TERRY. ;)  I loved how the two of them were pretty upfront about their relationship from the get-go, but they never got sappy or melodramatic, and they never lost their sense of humor.  (And also everything was Clean, if you know what I mean, which is good.)  AND THE END WAS VERY FEELSY.

*SPOILERS!*  From the synopsis on the back, I was concerned that this would have a Roman Holiday - type ending, BUT IT DIDN'T. :D  Seriously, it made me so happy that this was an "old Hollywood" romance that actually ended happily.  (Well, that is to say, *I* found it a happy ending.  I guess others could disagree . . . maybe??)  *END OF SPOILERS*

MUST. BUY. IMMEDIATELY. :)  (Also, yes, you should watch it posthaste if you haven't.) 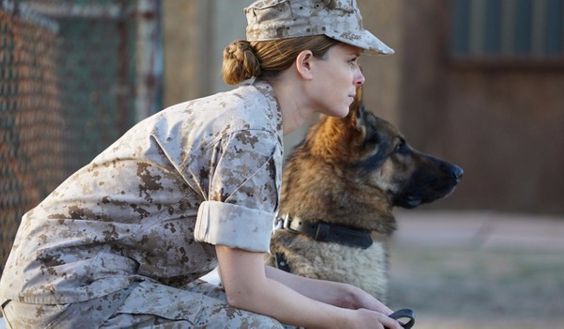 This was very good.  I won't say anything more than that because I might be reviewing it at some point, but it was Touching, and I'd recommend it if you're interested in the (true story) plot. 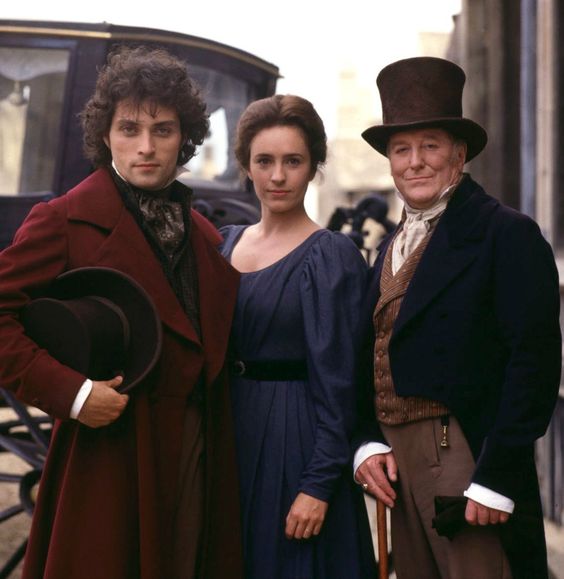 I wish I had stuck with my original (albeit tentative) plan to wait until reading the book to watch this movie.  My mom and I watched it together, and while I think we both enjoyed it, we both felt that some of the characters really needed more development (which would probably be present in the book) in order for us to feel like we'd really gotten to know them.

There was Rufus Sewell, though.  Rufus Sewell was nice.  (Actually, though, I almost didn't like Ladislaw as much as I hoped I would?  I mean, I LIKED him, but I didn't LOVE him.  And he seemed to be rather a hot-headed little youth.  But still.  He was Rufus Sewell. ;-P) 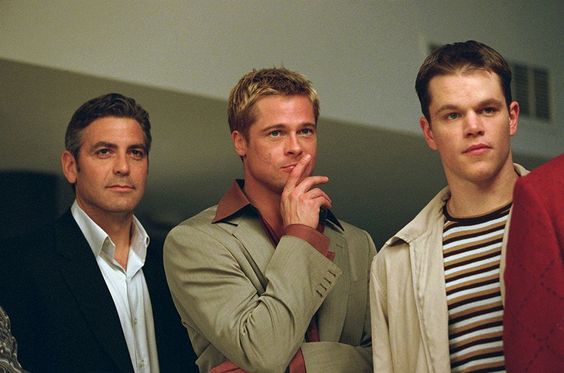 I actually saw Ocean's Twelve first, a while back, but I finally got around to watching this one.  I enjoy these movies; I'm not entirely sure why.  I guess it's the cast and the whole camaraderie-of-a-heist-team angle (Leverage, anyone?).  Plus, I really like Danny and Tess.  They're cute together.  (Also really like the name Tess, for some reason?  Fun facts with Olivia.)  I'm excited for Ocean's Eight! ;D

GUYS.  I finally found a film version of PP that I wholeheartedly enjoyed!! 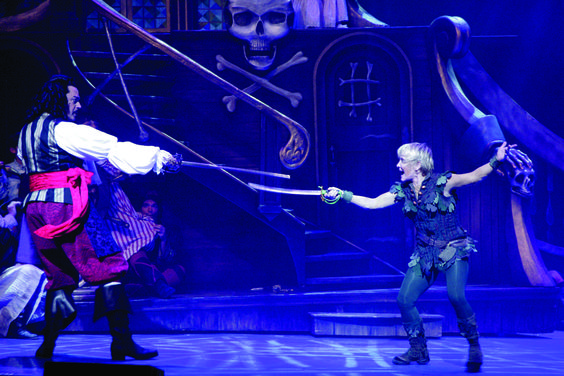 As some of you may know, I've had trouble finding a movie version of Peter Pan that I think fully (or nearly fully) captures everything I love so much about the book.  The 2003 version with Jeremy Sumpter is great and all, and I LOVE the score in that one, but it's still not quiiiite there for me.

BUT THEN I WATCHED THE CATHY RIGBY MUSICAL.

And y'all, it is within an inch of being P.E.R.F.E.C.T.  It's kind of strange that a musical, with all those added songs, has stuck the closest to the book (in my opinion), but there it is.  Parts in the beginning, especially, were practically verbatim from the book.  Plus the general spirit of the show is SOOOOO the book.  (I mean, not 100%, because nothing will ever 100% be the spirit of the book, but IT WAS PRETTY DURN CLOSE.)

Oh, and I noticed that this and the 2003 version do the same thing in having the actor who plays Hook double as Mr. Darling.  I don't know why, but I really like that.

(I technically finished this today, but I watched most of it yesterday, so it counts. :-P)

This one was pretty good!  I think the first and fourth are still my favorite Pirates films, but this was a lot better than I thought it would be.  The trailer and reviews made it look slightly awful, IMO.

There was a bit more content in this one than in the other films, which I didn't appreciate (*huffs*), and I felt like the villain's backstory was a little weak.  Also, I won't spoil who, but those of you who have seen it, you know when A Certain Character dies?  That seemed SO easy to avoid, and almost like they only put it in there for "dramatic effect."  Like, really.  That wasn't necessary.  *frowns*

However, again, I was pleasantly surprised overall.  I mean, Jack is still Jack, and Gibbs is still Gibbs, and Barbossa is still Barbossa (I love that his name is Hector XD).  And the music is still the music.  And the new star-crossed lovers were cute (and actually not too cliché, wonder of wonders!), and this part made me feel all the happy nostalgic things. :D  (I'm not posting the picture here 'cause it's sort of a spoiler, sort of not.) 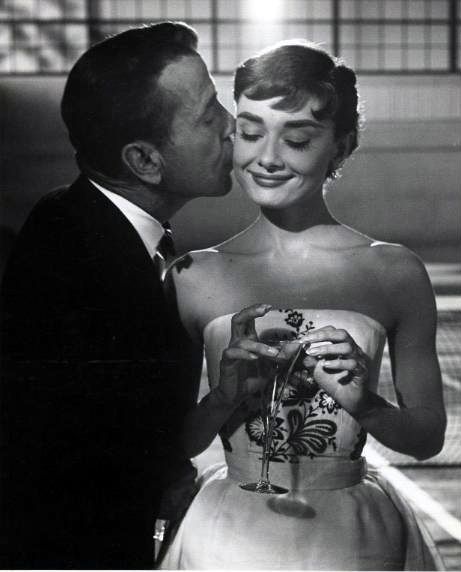 It just didn't have any of the sparkle of the remake, if you'll pardon me for using so cheesy an expression.  It was just . . . to be honest, it fell pretty flat for me, and I was basically bored.  Humphrey Bogart was okay as Linus, but for me, Audrey Hepburn wasn't anywhere near as endearing in the role as Julia Ormond.

This was surprisingly not terrible, actually. 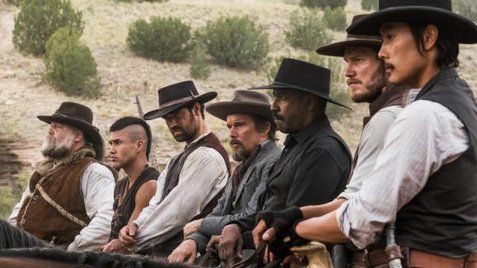 Mind you, it was none too great, either, but it wasn't absolutely awful.  It basically just didn't feel like a remake of the original, to me -- it seemed more like a separate film, even though it followed the general outline of the 1960 one.

I liked Denzel Washington as Sam Chisolm, even though he was nothing at all like the Chris of the original.  And I actually liked Goodnight Robicheaux a lot more in this version than his counterpart(s?) in the original.  And I was surprised and therefore rather impressed with the choices they made as to who stayed alive at the end and who died.

(By the way, if you want a good, amusing review of this movie, check out this one.) 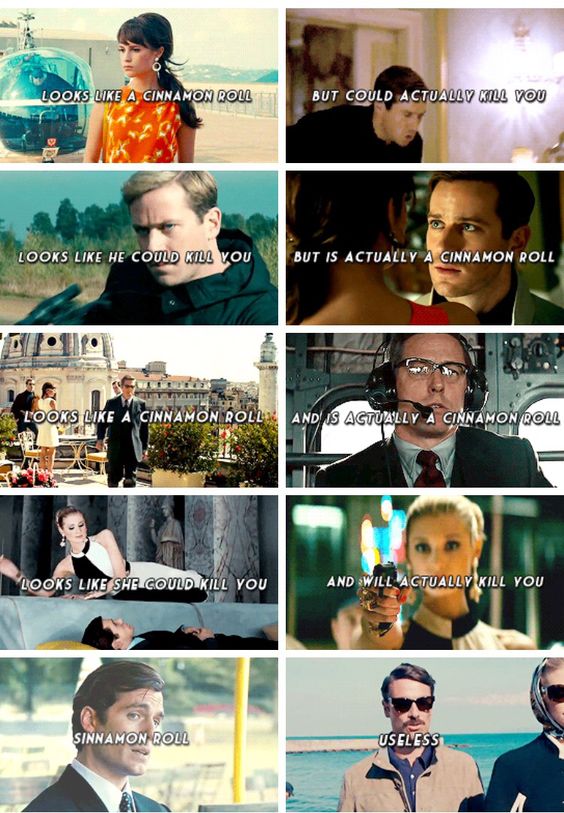 (ILLYA AND GABBY WERE LEGIT SO CUTE THOUGH.) 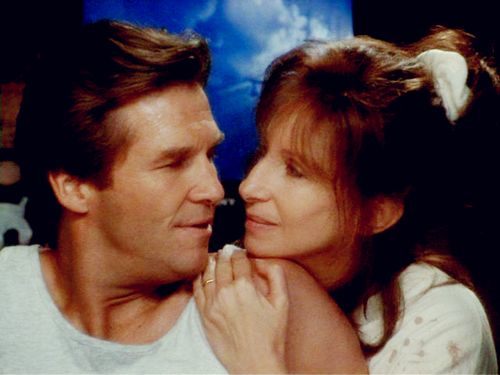 Okay, so, I can't recommend this to anyone, really, just because of the premise itself and the content to which it naturally gives rise, but I actually rather liked it.  It was really, REALLY weird in parts, and then really, surprisingly adorable in others.  And I think God actually used it to help me with some self-image issues (since self-image and beauty and stuff like that are themes in the movie, and they're handled relatively well), so I think I'll always appreciate it for that.  Plus, as I said, it did have some adorable scenes, and the romance, while SUPER strange, was actually pretty touching. :) 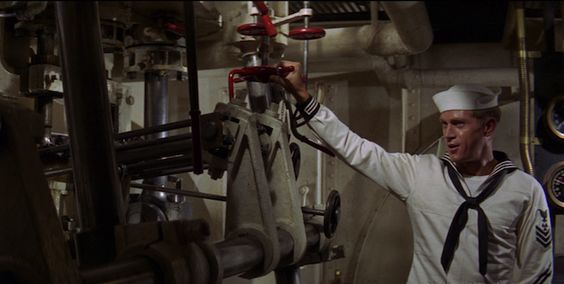 I liked the subplot with Frenchy and Mai-Li (however you spell her name) because it reminded me of Broken Trail, and Jake had a pretty good character arc, which was something, but . . . that was about all I liked about it, to be ruthlessly frank.

I don't really know anything about the historical events around which the story centers, so I'm sure I'm not really qualified to make a judgment on it/the characters, if they were acting in an accurate historical context, but . . . I did. :-P

For one thing, *SPOILERS!* okay, so the captain guy didn't intervene that much when that mob was torturing Po-Ham because he (the captain) was afraid of upsetting the already war-leaning balance between the Chinese and the Americans, and he didn't want to start a war . . . but then like ten minutes later he opened fire with the "hose" when the ship was blocked by those protestors??

BUT ANYWHO. *END OF SPOILERS*

I think I've discovered that I can do tragedies as long as 1) I'm expecting it and 2) they don't leave me with a nihilistic feeling.  This one, unfortunately, did.  I don't know why, though, because there is almost no reason why The Sand Pebbles should make me think that there's a nihilistic vibe going on when Evita doesn't.  Ah, well.

The last line was Poignant, though.

So!  Let's talk movies. ;)
What have you been watching lately?