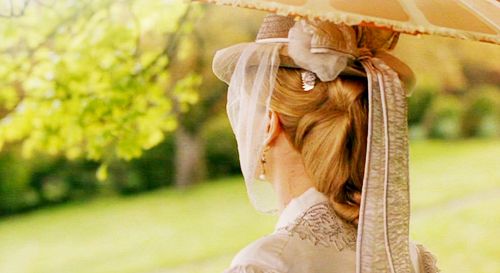 First off, a quick clarification:  I don't actually love Amy.  I like her and I think she deserves a little more love and a lot less flak.  So here I be. ;)

Much like Susan Pevensie, Amy March seems to have been universally (or almost universally) deemed the "bad one" of her siblings.  People say that Amy is spoiled, bratty, selfish, vain . . .  Or, they simply invalidate her.  They say that they just don't like her, that she's just unlikable, usually for the aforementioned reasons.

I myself might have considered her my least favorite of the March sisters once upon a time.  But lately I've come to realize that this attitude toward Amy is all wrong. 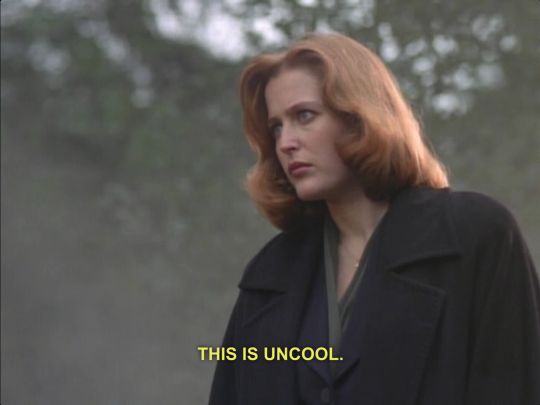 OKAY. *stretches hands*  Allow me to unpack this. 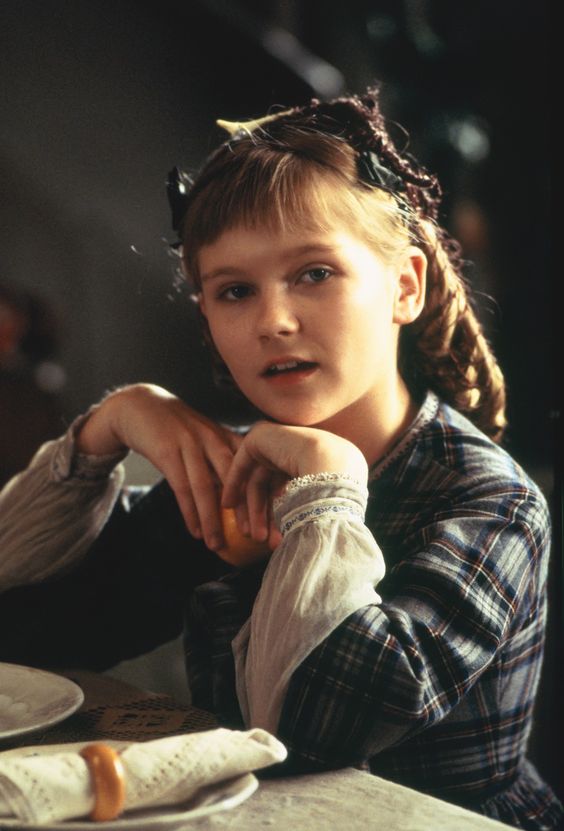 Jo is focused on bewailing her gender and gaining professional affirmation of her writing.  (To say nothing of the temper that she herself recognizes as a problem.)

Meg is preoccupied with creating elegance for herself -- with being like other, more privileged girls.  She pities herself for her family's fall from financial grace.

(I don't know what Beth's self-centeredness is because it's so well-hidden, but I can believe it might be there.) 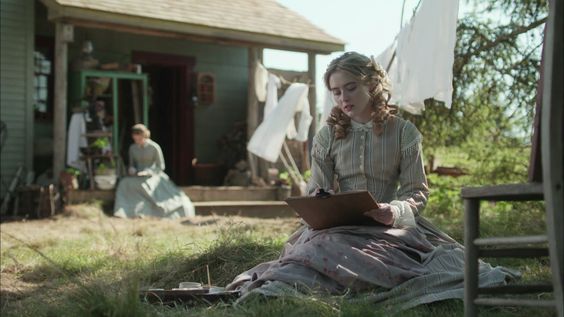 So before we go any farther, can we just acknowledge the hypocrisy of hating on Amy when no one seems to judge Jo or Meg?  Especially Jo.  I feel like some people might dislike Meg, but I haven't found a ton of people who think that Jo has legitimate issues, too.  And that bOTHERS mE.

I think, too, that it's possible that there is one event that cements Amy's "bad girl" status in many people's eyes: the burning of Jo's book.

Now, is this a seriously wrong, disgustingly bratty, vengeful (and majorly disproportional) act?  Yes.  For sure.  But, again, I ask everyone to remember that 1) she. was. a. child. and 2) one mistake -- even if it's as significantly awful as this one -- should not be enough to eternally condemn someone.  ESPECIALLY if that person was a child when the mistake was made.

You might be tempted to point out that that kind of tantrum-level bad behavior should never be tolerated or excused away, no matter what the age of a child, and I get that.  I'm just saying that, in this case (or, really, any case), it's not sufficient reason to vilify someone. 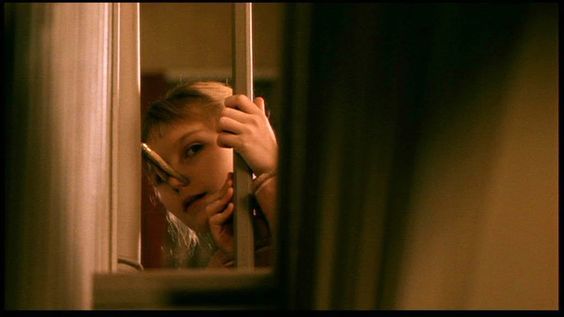 Also, one thing that just came to me is, though Amy is the youngest, and though I just built a whole defense around her youth . . . she's really not that much younger than any of her sisters?  And yet every single one of them treats her like a child.

Which, obviously, I just pointed out that she is.  But, if you stop and think about it, is it entirely irrational to suppose that constantly being reminded of your youngest-sibling status -- by siblings who really have no right to throw it in your face, all things considered -- might cultivate some need to prove maturity?  Clearly, if this is the case, Amy goes about it all wrong and royally defeats the purpose, instead becoming more immature.  But it's worth considering, I think.  It's possible that the other March girls treat Amy with self-proclaimed authority and more than a touch of superiority because she is so immature in the beginning, but isn't there also a chance that Amy's continued struggle with trying to be more grown-up than she is betrays frustration with her sisters' refusal to take her seriously? 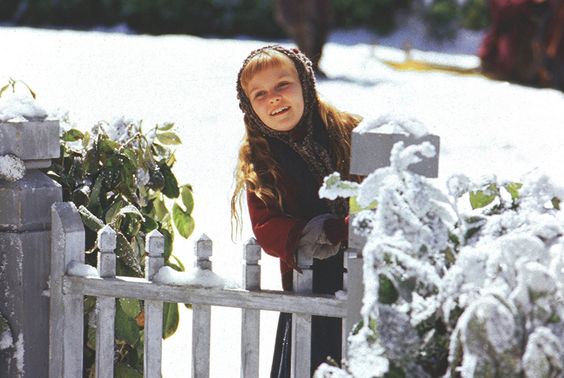 Another point I made earlier on was that Amy does not stay the way she is at the beginning of the story.  There may be static characters in Little Women, but Amy is not one of them.  In fact, as I was recently telling a friend, I would go so far as to say that Amy's arc is the most significant.

Sadly, the film adaptations -- at least the ones I've seen -- do not devote much time to Amy's development (though I think the 1994 movie does a more than passable job), so we must return to the source material for our information.

Like Jo and Meg, Amy never becomes a flawless character (thank goodness).  She may still struggle with vanity, and she may still be too focused on worldly riches, even as she is improving in overall character.  Exhibit A:

"[Laurie] found nothing to perplex or disappoint, much to admire and approve, for, overlooking a few little affectations of speech and manner, she was as sprightly and graceful as ever, with the addition of that indescribable something in dress and bearing which we call elegance.  Always mature for her age, she had gained a certain aplomb in both carriage and conversation, which made her seem more of a woman of the world than she was, but her old petulance now and then showed itself, her strong will still held its own, and her native frankness was unspoiled by foreign polish." ~ Chapter 37 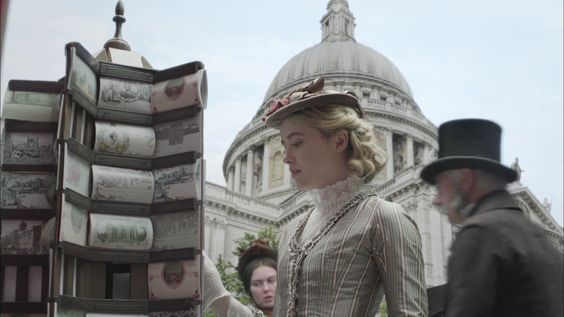 Though womanhood does not magically cure Amy of all her ills, I do not think she retains many delusions about herself during her foreign tour (at one point, in a letter to her family, she even refers to "her nonsense").  I think she knows herself, and I think she knows others.  She grows into a keenly perceptive individual, I believe, as evidenced by her interactions with Laurie in Europe.  (Can we take a moment to appreciate how she handles him??  She gives him zero coddling and calls him out on his melodrama, and I say more power to her.)

Alcott makes it clear, by the end of the book, that Amy has finally attained the maturity she sought after throughout so much of the story.  Exhibit B:

"Mrs. March and her husband smiled and nodded at each other with happy faces, for they saw that their youngest had done well, not only in worldly things, but the better wealth of love, confidence, and happiness.
For Amy's face was full of the soft brightness which betokens a peaceful heart, her voice had a new tenderness in it, and the cool, prim carriage was changed to a gentle dignity, both womanly and winning.  No little affectations marred it, and the cordial sweetness of her manner was more charming than the new beauty or the old grace, for it stamped her at once with the unmistakable sign of the true gentlewoman she had hoped to become." ~ Chapter 43 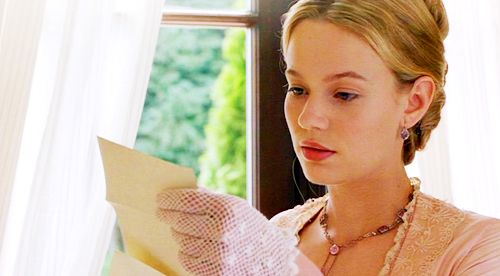 And speaking of love, don't even get me started on people's negativity about the coupling of Laurie and Amy. 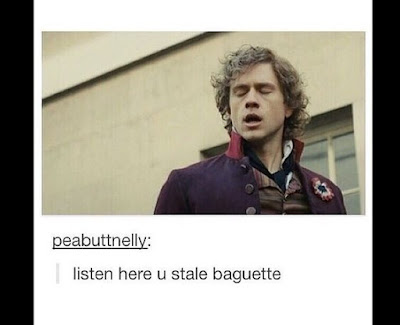 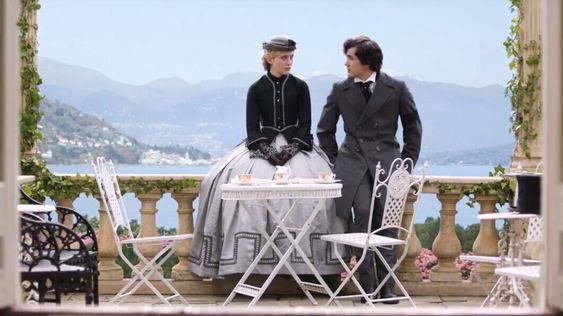 Also, harping on Amy's flaws means ignoring all her strengths -- her usual sweetness, her quick wit, her ability to be generous even if it means sacrificing something (the older three weren't the only ones who gave up their Christmas breakfast, guys), her creativity, her love for her parents and sisters, her friendliness . . .  She is far from all bad, fam.

So that's all I have to say, really.  Start checking out the beams jutting out of Jo's and Meg's eyes, too, and cut Amy March some ever-lovin' slack.

I thought it was so neat that some of you specifically mentioned another "Why I Love . . . " post, since I had already been thinking about making one! :D
So, what do you think?  Agree, disagree?