- December 09, 2018
I just finished re-watching the YouTube webseries Emma Approved--which, for those of you who don't know, is a modern-day adaptation of Austen's Emma.

AND IT'S ADORABLE AND I LIKE IT VERY MUCH. 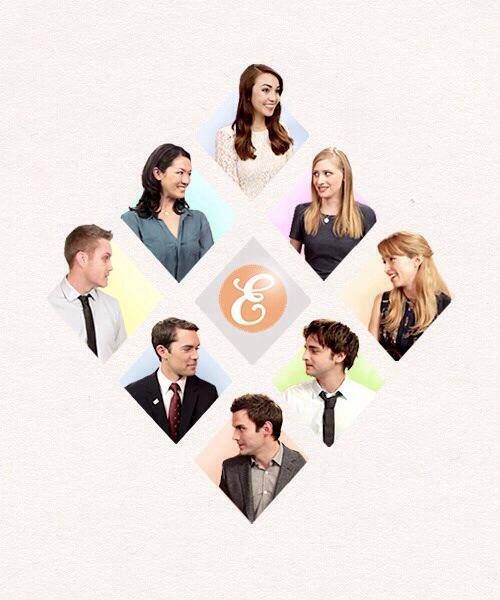 It's bright and colorful (literally), funny, sweet, and clever.  It doesn't deviate too much from the original storyline because there's really no need to, but the changes that it does make are tasteful and productive, and the show offers a fresh, new take on the classic.  It has some great character development, fun sets, and good casting.  I think the main thing, for me, is that it just makes me happy.

Let's discuss the characters, shall we?

Senator James Elton is quite well-done, and what's really fabulous is that he ends up with Caroline Lee from The Lizzie Bennet Diaries (a.k.a., Bingley's sister--that Caroline). 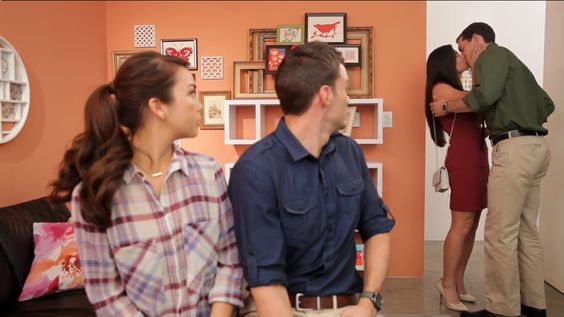 Annie Taylor and Ryan Weston are both good, as well, though they don't really have much screen time.  (As a side note, I like that Annie does find out about how Emma lied during the whole wedding situation and that the two of them resolved that.)

Emma's sister, Izzy, is still married to Knightley's brother in this one, but we only ever see Izzy.  The makers took her in a slightly different direction and delved into some different subject matter in making her an unheard, struggling "housewife" and dealing with that.  I think the way they dealt with it was good, in the way that it ended. 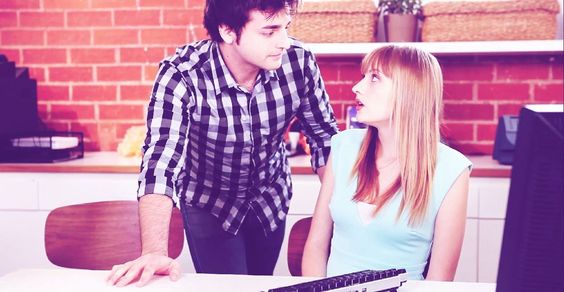 Harriet Smith and Bobby Martin are really cute and sweet together and as individual characters.  Harriet, especially, is given quite a bit of development, and we see that she has things to teach Emma, as well, and is not only an inept youngling in need of Emma's "refining touch".  She also doesn't end the story positively worshipping Emma and thinking that she has no flaws.  That's good, because that's a pretty critical issue within the storyline of Emma, and I think that sometimes it needs a little more attention than it receives. 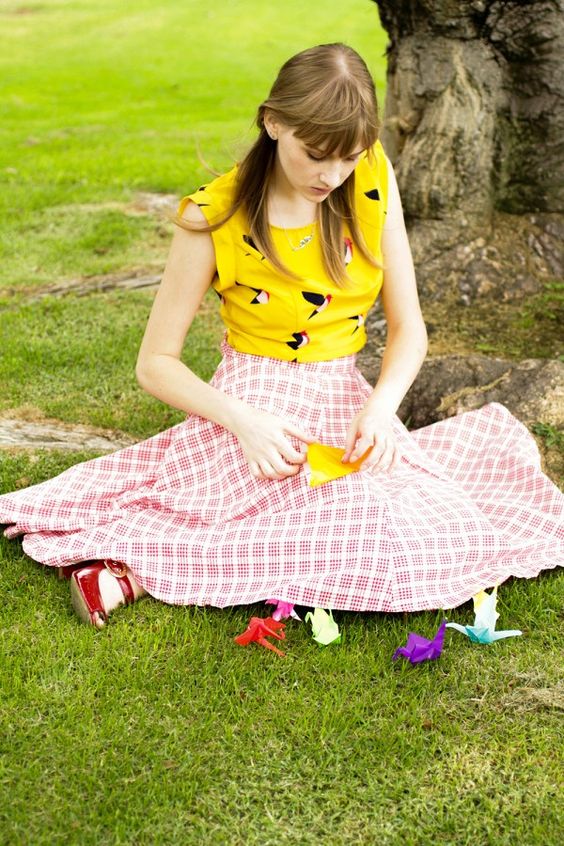 Maddy Bates is good, as usual; though in this one she's really not that much more talkative than anybody else, so it's even harder to understand/forgive Emma's at-times snide attitude towards her.  But, in the end, that's resolved and Emma learns her lesson (like always), so it's alright. :)

Jane Fairfax and Frank Churchill are both well-portrayed.  I'd say Frank is stronger as a character in this one; he doesn't have extremely deep development, mind you, but at least he's fun and this actor seems to understand the character and does a good job bringing him to a modern-day setting.

Jane isn't developed quite as much as one might like, either, and she can also be pretty serious/borderline unfriendly at times.  But she's still good, just not quite as enjoyable as Frank (though I guess that's the point).

I have never quite come to a decision about what I think of Frank Churchill in general, in any Austen adaptation--he makes me conflicted--but he convinces me of his deep-down-goodness in this adaptation, at least.  And the videos of Frank and Jane together--which I only found out about this time around--are, to borrow a Knightley-ism, "disgustingly adorable." 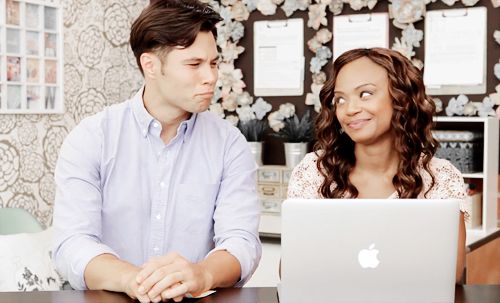 Next we come to Alex Knightley--or, as this Emma dubs him, "Snarky Knightley."  This Knightley, like most Knightleys, takes a little while to grow on me, but in the end he's great.  In the beginning, he's almost a little too snarky/not funny enough for me, but as the series progresses he starts having more and more adorable expressions and lines and interactions with Emma (more on that presently ;)).  I also like that, while he confronts Emma a lot, he doesn't come across as constantly bashing her decision-making or thinking that he's always better or smarter or whatever than her.  I think that's something that can sometimes tend to dig under my skin a little in other adaptations, so I like that there seems to be slightly more equality in their relationship in this one. 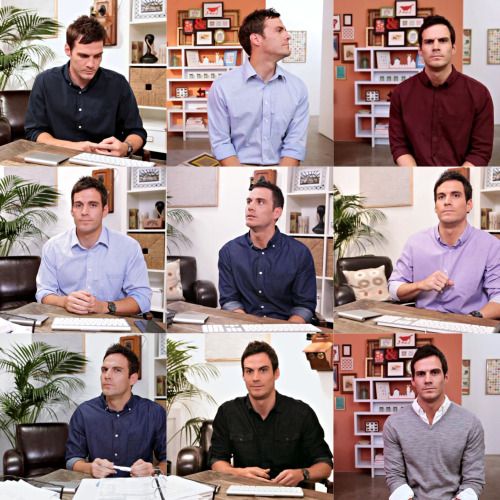 And last but not least, we have Emma Woodhouse herself--founder of company Emma Approved and therefore a life coach, professional matchmaker, and event planner.  Emma seems particularly insufferable at the beginning of this webseries: she's conceited, condescending to Harriet, and generally just a little Irritating.  BUT, a few episodes in, you start seeing why everyone loves her despite their occasional frustrations with her: she really does want to help people, however much the occasional impure motive may sneak into her machinations, and she's actually quite cute in her type-A, control-freak eccentricity.

I also feel like this series, possibly more than any other adaptation, gives Emma a very good, very thorough arc.  By the end, I actually feel like she's making progress in overcoming some of her bigger flaws, while her quintessential Emma-ness is still intact.  This version doesn't insinuate that all or even most of Emma's traits are bad; merely that she needs to grow in respect for other people's thoughts and wishes, in tearing down her vanity, and in getting her priorities straight.  Her playfulness, her work ethic, her desire to help others, her ingenuity, her loyalty, her generosity, etc. . . . none of these are depreciated.

(Plus, she has the BEST wardrobe.  I don't love absolutely every single one of her outfits--and some of her bottoms seem a wee bit short for a workplace--but overall . . . very nice.)

And this brings us to THE BEST PART OF THE SHOW: the portrayal of Knightley and Emma's relationship.  Their banter is fabulous, their honesty is admirable, and JUST EVERYTHING IS CUTE.

They are adorable, and this is the part where I take up a lot of time and space with gifs and pictures to prove it to you. 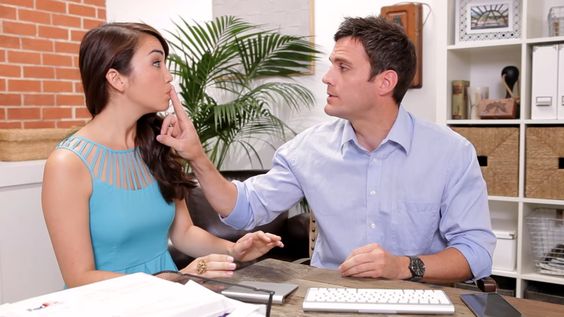 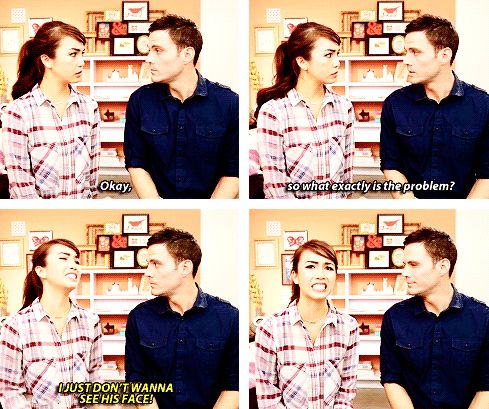 Of course, for all this fun, there are some serious parts, too.  For instance, I personally think the Box(x) fiasco is handled well in this one, and Knightley's conversation with Emma has more potency for me because he actually starts getting emotional himself and you can see and hear that better than I think you can see or hear that in any other adaptation I've seen (and I think I've seen most of them).  And then, of course, there's Emma, who's a sobbing mess over there because deep down she's Soft. 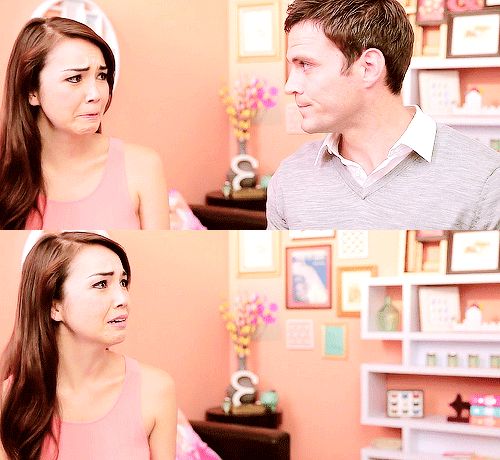 Also, I think the way they end that episode, with Harriet coming in to check on Emma and Emma just begging her to not leave, is really good and provides a little more insight into some potential facets of Emma's character.

Content-wise, the series is pretty clean.  There's your occasional mild, generic cuss word/taking God's name in vain, plus what I believe is only one instance of stronger swearing.  There may be a little innuendo, but honestly I'm not sure that there is.  (I mean, you find out that someone got pregnant before getting married, but that's all that I'm remembering.)

If you like a creative reimagining now and then, I can't recommend this highly enough!  I know people have strong feelings on Austen ;-P, so not everyone may enjoy it like I do, but it's worth a try.  And if you do try, give it a good try--give it a few episodes to grow on you. ;) 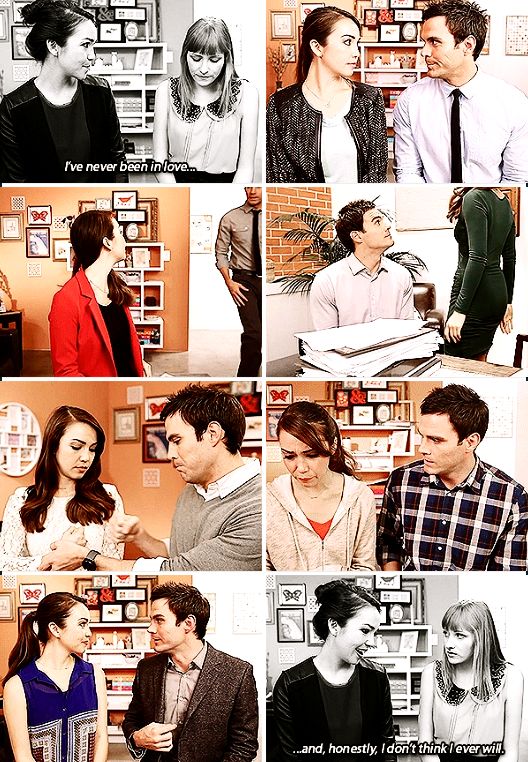