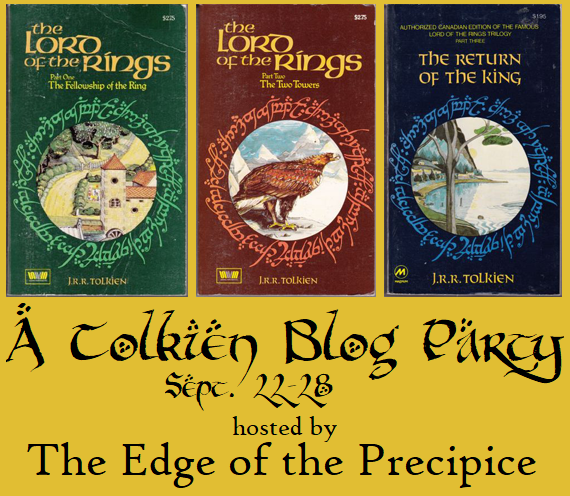 This year, Hamlette's tag questions are in 'would you rather' form.  Here are my answers!

1. ...join Thorin's Company or the Fellowship?

The Fellowship, because those dwarves can start gettin' on my nerves.  I'm also just more On Board, in general, with the Fellowship's quest than the Company's.

Both would be fun, but I feel like an eagle would be more of a once in a lifetime opportunity, so I'll go with one of them. 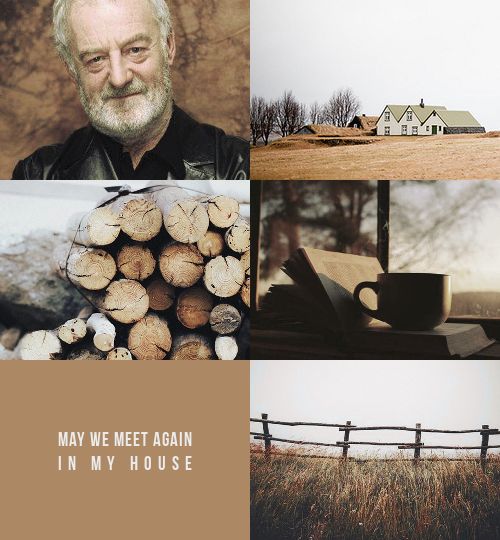 3. ...travel through Moria or Mirkwood?

On the one hand, extended periods of total (or near-total) darkness.

On the other, demon spiders.

As long as I'm with a few other people and there is at least one light source, such as Gandalf's staff, I'm going to go with Moria.  (I may regret that when I get down there, but oh, well.) 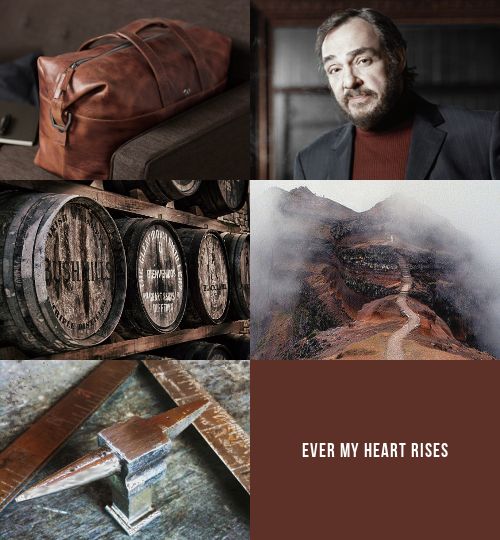 They're about equally useful, so I'll go with mithril because it looks cooler and would probably be a more interesting process. :-P 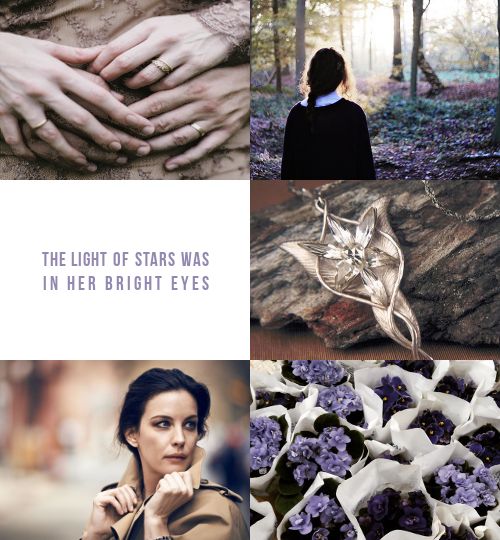 Saruman, because it'd be much more morally and intellectually satisfying to best him; but, honestly, it's probably pretty unlikely that I'd succeed at either. 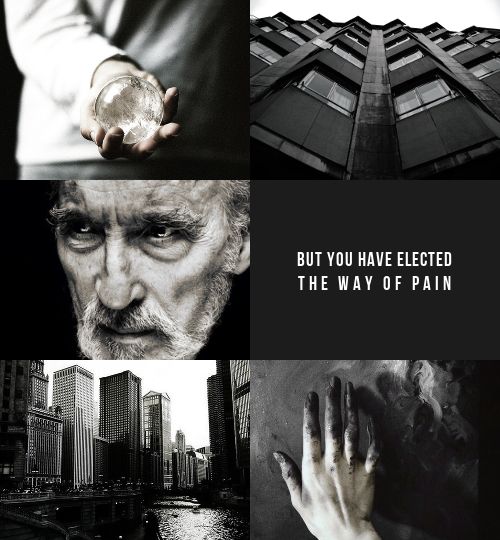 6. ...spend an hour with Grima Wormtongue or Denethor?

HA.  GIVE ME FIVE MINUTES WITH MR. ABUSIVE PIECE OF MELODRAMATIC TRASH OVER THERE.

(So, yeah, Denethor.  Because he's allllllmost worthless, y'know, as a person; but there's the barest chance that I could knock some sense into him.  And also, he's not creepy.) 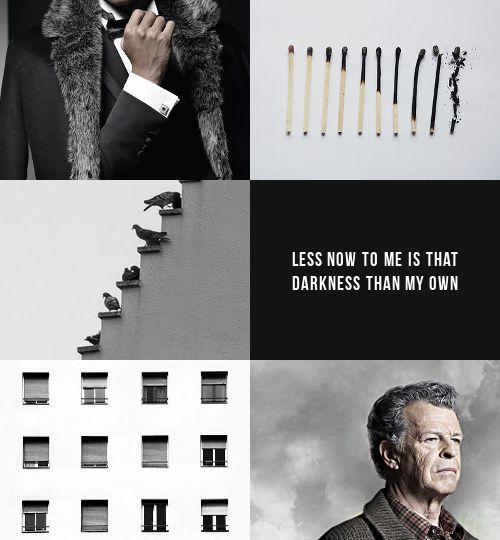 BOTH ARE SOFT AND PRECIOUS BOIS WHO DESERVE THE WORLD, so I'd very much like to attend both.  If I had to choose . . . I don't know whose I would choose, actually.  Because with Faramir's, you get Sage & Hallowed Locations plus the opportunity to potentially meet both Arwen and Eomer (which, you know, would not be terrible); but with Sam's, you get Fun & Nostalgic Locations plus terrific food.

8. ...have to care for the One Ring or the Arkenstone for a day?

I thiiiiink the Arkenstone, because, as far as I recall, the consequences of succumbing to its dangers are not quite as world-altering as to those of the Ring. 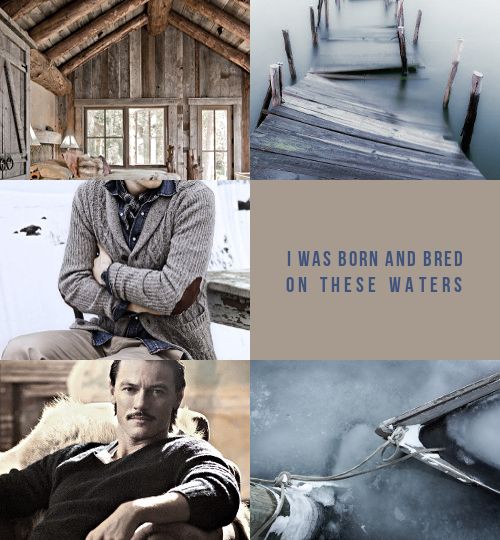 Probably Frodo, because if he's old enough to even be able to have tea with me, we're probably approaching the Fellowship of the Ring time period, and by this point Bilbo will have gotten slightly . . . um . . . Crustier.  Let's put it that way. 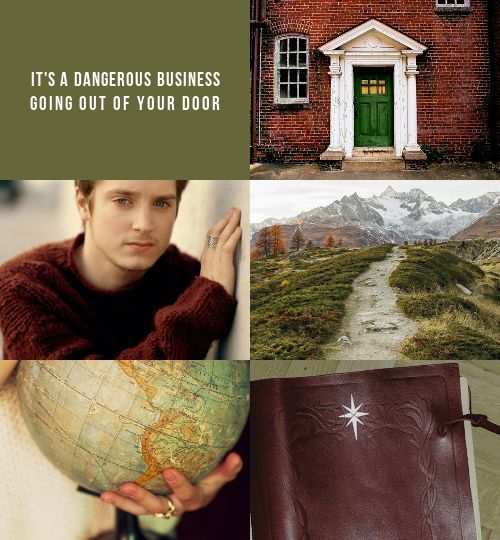 10. ...fight alongside Boromir or Eomer?

For some reason, I sort of feel like Boromir would be more patient with a newbie warrior, so I'll cast my lot in with his.  Eomer would be all, "dID THEY SEND ME DAUGHTERS WHEN I ASKED FOR SONS??!?!" 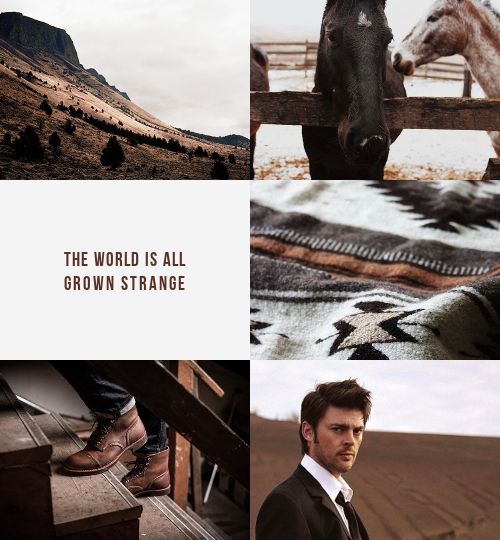 Hamlette is also hosting an a fabulous giveaway in honor of this historic event, so be sure to enter that HERE!

What would your answers to this tag be?
(Also, what think you of the aesthetic collages??  I found them, as ever, on Pinterest, the source of all beauty.)
blog parties books Lord of the Rings movies tags Tolkien Blog Party