- December 28, 2016
Lately, I've been privileged to get to know MovieCritic.  We've been bonding over the pain of BBC Robin Hood, dontcha know :D  Go check out the blog -- it's great!

Well, "we now come to the point," MovieCritic has recently tagged me for a BBC RH tag!  WELL.  You know me ;) 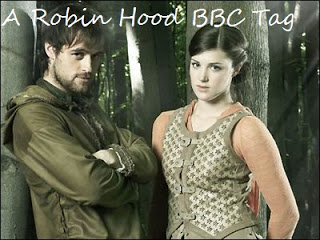 Thanks so much, MovieCritic!  I really appreciate the tag!  Now, as I understand it, this tag was originally created by Rachel at A Girl's Place and it has no specific rules; tagging is optional.  Let's get on to the questions!  'Ware spoilers!

1. What's your favourite season?  Like Ruth said in her answers, I'd probably have to go with season two, even though the ending is Very Not Okay.  In S2, the quality of the show had improved, but it was still NOT TORN ALL TO PIECES BECAUSE OF A CERTAIN PERSON'S DEATH mildly emotionally handle-able.  However, I do actually like S3, I think . . . because, after all, Guy and Robin become friends, and just . . . GAHH. 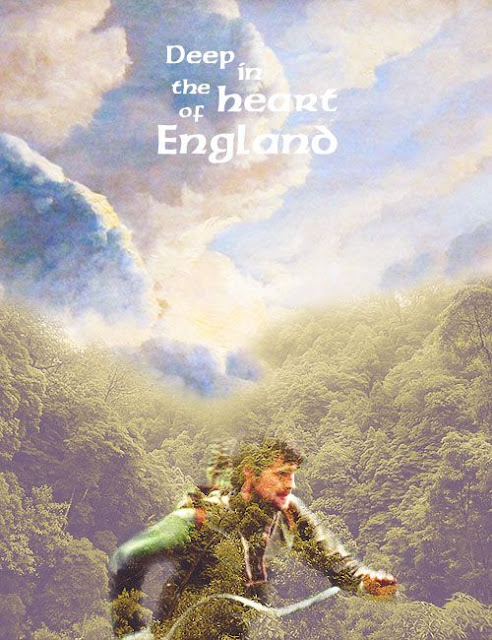 2. Favourite outfit?  'Hem, yes, well.  As we all know, Marian's outfit isn't always quite the thing (though she does have some beautiful ensembles).  I think I'd have to say one of Isabella's, actually.  Perhaps one of Marian's, but I'm not sure.

3. Favourite bad guy?  In this as in most shows, 'tis important to define "bad guy."  I guess probably Guy?  He really is awful sometimes and does some absolutely inexcusable things, but then other times . . . 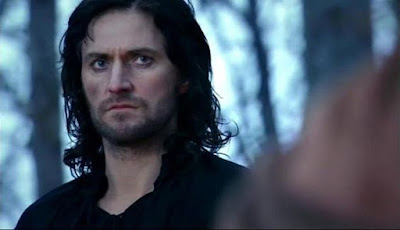 4. Which character you felt sorry for?  Pssshhh, all of them?  In particular:  Allan (because, while "everything is a choice," he didn't have a great many options when he first started feeding information to Guy, and then he reformed sincerely and everything was fine and dandy for awhile but then DARN IT ALL, ISABELLA, and all of the gang distrusted him and his death was basically awful); Roy (for obvious reasons); Much (because he wasn't taken seriously most of the time); Guy (because he clearly had deep-seated emotional issues that he kept trying to resolve in the worst of ways); Isabella (because her brother sold her to a terrible person at the age of thirteen and she never received true, unconditional love); and . . . basically, I could come up with a reason for everybody.

5. Djaq or Marian?  Marian by default because Marian might actually be my favorite character, but, as other people have said, I do really like Djaq, too.  I love that she's so ready to help other people, how she invests herself in other people's sorrow . . . it's admirable. 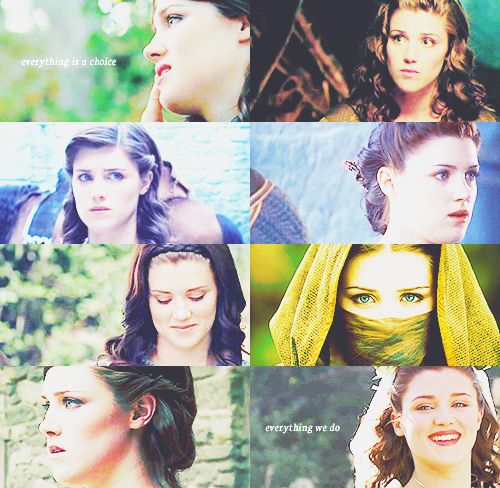 6. Favourite piece of music?  I think Marian's theme, as Natalie has termed it :)  Honestly, I don't remember much of what the music sounded like except for the credits -- I think I found it more than adequate but I confess it hasn't really stuck in my brain.

7. Least favourite episode?  Ugh . . . that's a hard choice.  Probably "Parent Hood" (episode four of the first season).  It's the only episode of which I have adamantly and actively thought, "I'll probably never watch that one again."  Roy though.  I think that was the death that shook me up the most, though the S3 finale was close.  And do you want to know why?  Because it was (at least one of) the only one that I was totally and completely unprepared for.  For most of the others, I either definitely knew they were coming or had a strong feeling that they were.  BUT SERIOUSLY.  THE WAY HE WENT, PEOPLE.  It messed me up.

8. On which moment you cried? (You don't have to answer it, I
understand)  WELL.  As aforementioned, ROY.  Also the entire last ten or fifteen minutes of the final episode.  I didn't actually cry when Marian or Allan died (though they got to me, I can assure you!), or even when Guy died, but those two things in particular.  I may or may not have almost screamed for the former one, and was sobbing for the latter.

9. Favourite male character?  Probably Allan, and then Will.  Those two guys are really great <3 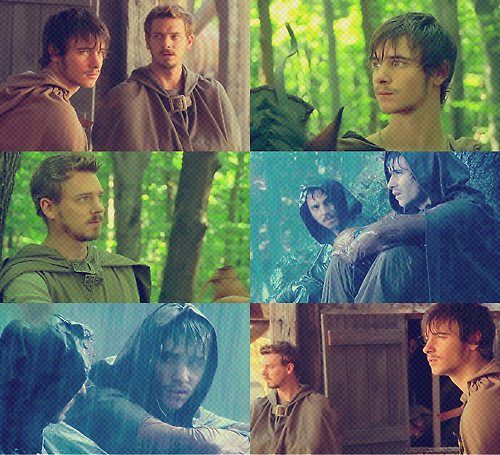 11. Kate or Isabella?  Actually, Isabella.  Isabella has more depth to her (that was my reaction, at least), and I felt sorry for her.  Kate, though I should have felt sorry for her what with her brother and everything, didn't evoke much of any positive emotion from me.  I found her irritating to begin with, and then she wouldn't see that she and Allan were made for each other (I would have liked her had she realized that, y'see), and then she started pursuing Robin, and THEN she didn't blink an eye when Allan died.  NO.  N.O.  I don't like Kate.  Sorry.

12. If you could save someone from the death, who would it be?  WHY YOU DO THIS TO MEEEEEEEEEE . . . well, I was going to say, horrible though it sounds, probably not Marian.  (Because, much as Marian's death is awful and terrible and heartbreaking and she's possibly my favorite character, her death in a roundabout way eventually led to the reconciliation of Robin and Guy, and if they were all three going to die anyway . . . I don't think any of them would have been happy without the other.  Does that make any sense at all?  Just an idea I'm mulling over.)    Probably Allan, or Roy.  But then Ruth mentioned in her answers that if Marian hadn't died, none of the others would have died (at least, not in the way they did).  I hadn't really thought of that before.  So I guess I'd have to think through that. 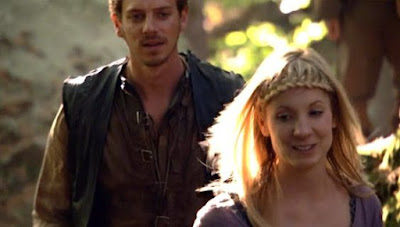 Thanks for the fun tag, MovieCritic! :D