I didn't think I was going to post on Christmas Day, but then I finished this book called Passing by Samaria and all of a sudden I HAD TO WRITE A REVIEW.  I'm going to past here the review I just wrote for Goodreads.  Love to you all!

Guys, I don't even really know how to start.

"In the spring in Mississippi there were perfect days. They were storybook days. . . ." 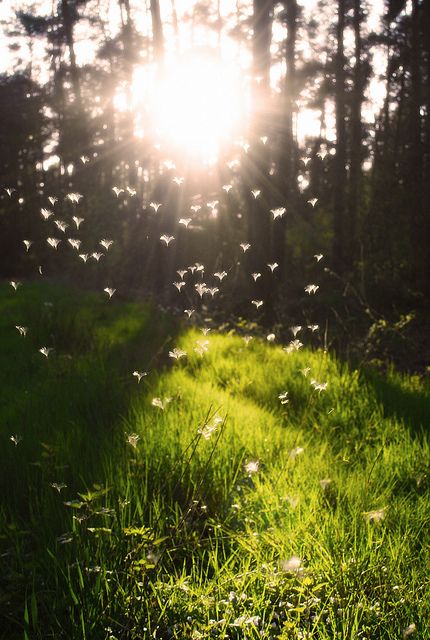 I picked up this book off my library's sale rack a while ago. I flipped through the first couple of chapters and put it on my shelf, thinking I'd get around to it eventually but not having any clear plans as to when.

Two nights ago (or rather, technically, it was very very early yesterday morning), I was feeling drained. There had been some really difficult situations going on the previous day that were still weighing on me, and I had had a weird sleep schedule for the past number of nights, and I had just seen a movie that was much sadder than I thought it would be. All in all, I was not in the best frame of mind, and even though it was high time to be in bed, I knew I would just lie there awake. So, I decided to pick up a book and try to read a bit. This one caught my eye. The author's dedication on the front page indicate a desire for the book to be a balm for hurting hearts (not quite in those words), and though I seemed to remember having some complaints about the writing from my previous scan of it, I also seemed to remember a "wholesome quality" to it, shall we say. I asked God to use the book to speak some comfort and some healing, to help me get what He wanted me to get out of it, and I started it.

GUYS. IT WAS SO GOOD.

Oh, it's not perfect. I mean, really, is any book ever perfect? (DON'T say the Bible. You know what I meant.) I still had a few (a very few) complaints. But it didn't take long to realize that the good pretty clearly outstrips the bad.

The story takes place in 1919 and centers around a young black woman named Alena, whose near-fairytale life in Mississippi is shattered by a gruesome discovery. This discovery catapults her from her gentle, rural Mississippi home to the modern and bustling Chicago. There she has to come to grips with the new harsh realities that have been forced upon her, and to process for herself questions of racism, bitterness, forgiveness, redemption, family, faith, etc. I can't say a whole lot more than that because #spoilers, but -- just go read it. Just do yourself that favor.


Sharon Ewell Foster weaves a tale that's atmospheric, unflinching and uncompromising in its depiction of human depravity, yet gentle, light-filled, and not gratuitous. The writing is perhaps too "feeling" at times -- sometimes characters' emotional responses seem somewhat implausible, too soon, too naïve, etc. -- but the book shies away from the cloying clichés of some of the rest of Christian fiction. (Now, there is a romance, of course, and that romance does start out love-hate on one participant's part, but there are extenuating circumstances leading to that love-hate.) Sometimes characters' dialogue or thought processes also seemed repetitive, but that didn't bother me too much. The characters are still fleshed out, believable, unbelievable, likable, dislikable -- Alena, Deac, Pearl, Amos, Miranda, James, Dinah, Bates, Patrice, Evelyn, Jonathan . . . all (uncomfortably, at times) reminiscent of oneself.


The side stories of Deac and Pearl, and of Miranda and Bates (I guess that's less of a side story, though) are excellent. At first, I felt kind of irritated by Deac's and Pearl's constant reappearance in the story, because it seemed distracting, but in the end, it was well-done. MIRANDA AND BATES. WHAAAAAA. I felt bad for Miranda and had difficulty feeling bad for Bates (I know, I KNOW THAT WAS THE POINT, but one is human). And referring to Miranda's and Bates' cohorts as "the one with blue eyes," "the one with grey eyes," "the one who was always afraid," "the one who always agreed", and so forth? Brilliant.

OH, oh, and guys, CHAPTER 35. WHAT ON EARTH. *SPOILERS!* They came to his funeral and they sang "Amazing Grace." And then some of the others joined them and they formed the circle --just w.o.w. I had to read that part twice because GAHH.

Okay, I should leave you. But guys, I just want you to know, this book is worth reading. It's not the best thing you'll ever read in your life (at least, not from a technical standpoint), but it has some of the best lessons and truth in it that you'll ever read in a fictional book, I think.
The dedication says: ". . . I lift this book up to God. . . . May it be everything You want it to be. May it be medicine, food, sweets to Your people, to those who are isolated." Well, for me at least, it was. Oh, it was.
books God ponderous ponderings