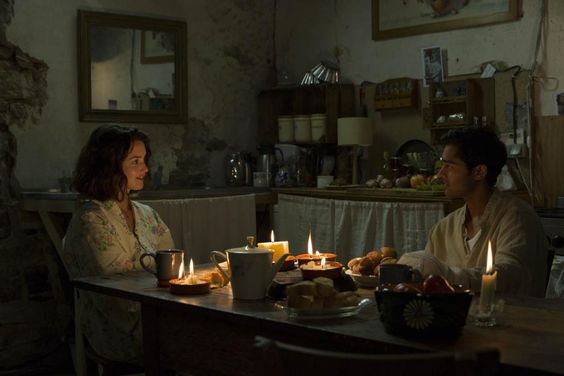 I'm shamelessly copying the awesome Faith over at Just Way Too Boss.  She wrote a blog post about -- can you guess? -- her favorite onscreen romances of 2017, and I told her that I might steal her idea, and she told me to fire away, so here I be. :-P

Like Faith, I'm not necessarily talking about couples who made their screen debut in 2017, but those that I first saw in 2017.  And I'm afraid I'll probably forget some, as I didn't keep track of all the new movies I watched this year, unfortunately. :-/  But thankfully I was reminded of a few important ones that I almost omitted. ;)

So here we go!  Let's review my favorite onscreen couples of 2017.

As I mentioned in my review, these two charries were not only adorable and extremely shippable together, but they were fantastic (heh) individually as well.  Loves them lots. <3  (Also, who first came up with the abbreviation 'charries'?  I approve greatly. :-P)

* Nickie & Terry *
An Affair to Remember 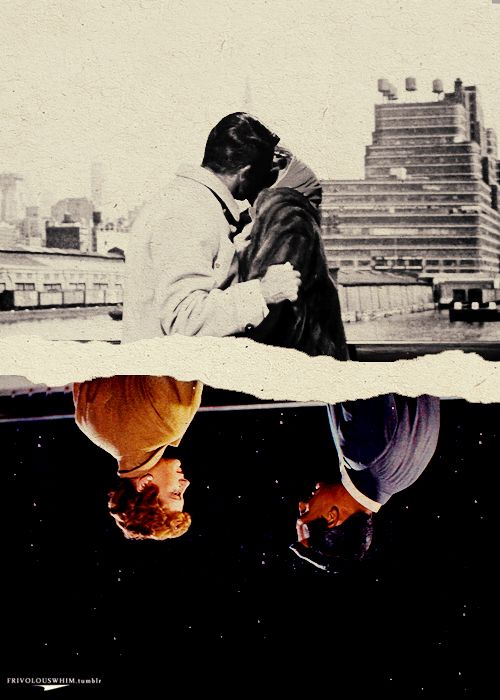 This movie is definitely a new favorite -- I'm so glad my mom brought it home from the library!  The romance between Nickie and Terry is a classic, hands down.  As somebody observed in one of the special features that I watched, this film is unique in that it carries the couple through both the first thrill of falling in love on a cruise ship to then having to deal with reality and try to keep that love alive when the ship returns to New York.  And it does it really, really well, in my opinion. ;D 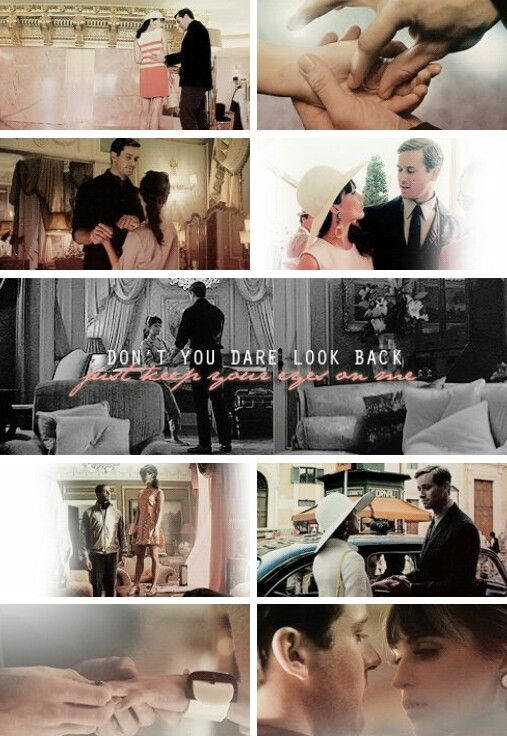 I don't think I've talked to someone yet who's seen this movie and not fallen for Gaby and Illya's relationship.  ('Course, I haven't talked to a TON of people who've watched it, but I think it's fair to say that it's crowd-pleasing.)  The thickly accented, macho spy and the whippersnapper car mechanic are adorable together. <333 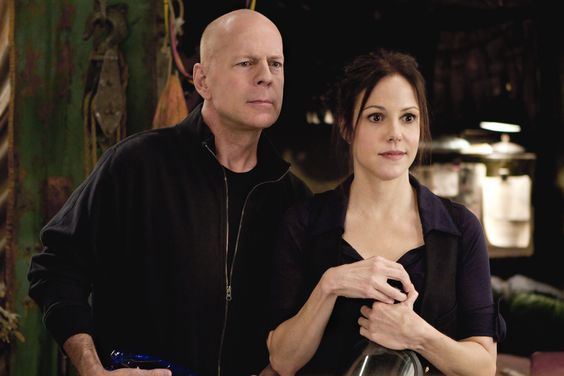 I wasn't sure about this at first:  the age difference seemed to be a bit much to me.  But, surprisingly, I ended up finding them really sweet. <3 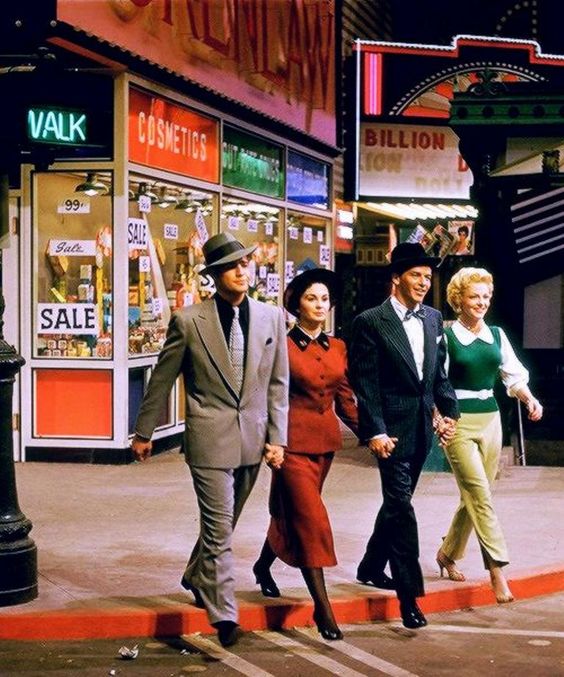 An old musical with that cast and that storyline?  Count me in!  These two romances are quite cute and fun. :) 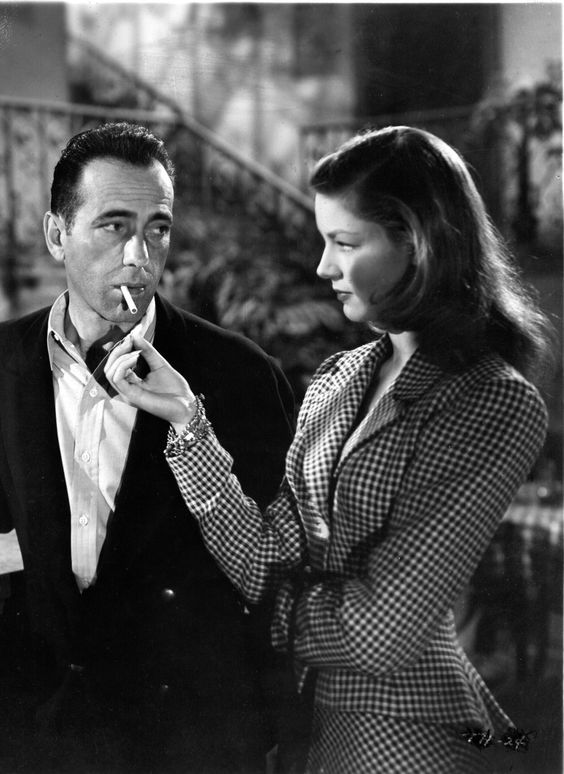 Though this romance was perhaps sultrier than is strictly beneficial, there's no denying that Bogart and Bacall nailed their roles.  And at least it was fairly non-dramatic -- they worked together quietly and efficiently, knowing when to stow their snark and be serious. 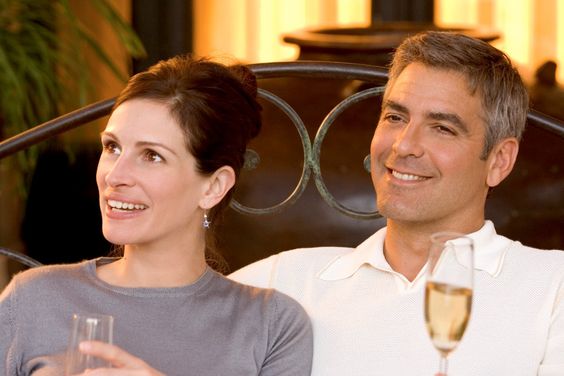 I really liked Danny and Tess.  I think George Clooney and Julia Roberts managed to pull off a great chemistry -- the couple seemed real, not too fancy-free and not too dramatic.  Comfortable, you know?

I almost forgot this one!  *appalled gasps*  Anyway, this couple was basically ALL THE YES.  Can you not look at that gif and see how adorable they are??  Jeremy Jordan and Kara Lindsay were perfect stage partners, I think.

* Jasmine & Aladdin *
Season 6 of Once Upon a Time 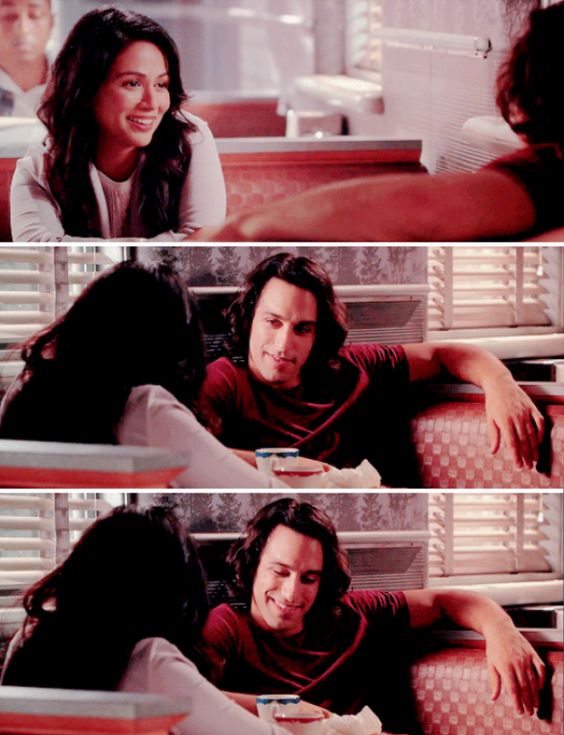 Arguably my favorite new-to-me screen romance this year, though, was Once Upon a Time's take on Jasmine and Aladdin.  I'm not sure entirely why, but this couple really grabbed me (and I'm not even a huge fan of the animated Aladdin).  I think it's because these two have a level of sweetness -- real, genuine sweetness and concern for the other person, not cloying sweetness (at least, not to me) -- that the other couples of Once didn't quite achieve or have lost somewhere along the way. 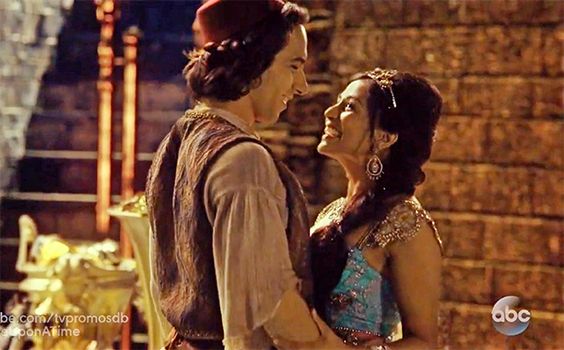 Don't misunderstand me: Captain Swan is prrrobably still my favorite couple in Once, and Aladdin and Jasmine definitely have their cheesy moments (*cough*), but there was something about them that really latched onto me, too.  And I think that in terms of pure, unadulterated sweetness, Jasmine and Aladdin probably have Emma and Killian beat.

2017 has been a great movie discovery year for me!
How about you?  Who are some of your new favorite couples?