December 28, 2017
Hamlette did this tag awhile back, and I decided to do it because it was simply too fun to pass by. :D  Hamlette apparently snatched it (and the picture below) from Rissi over at Finding Wonderland, who apparently got it from yet another blogger, so . . . Anyway, here are my answers. ;)  (I used Hamlette's idea of pairing the princess with my book answer for each picture.) 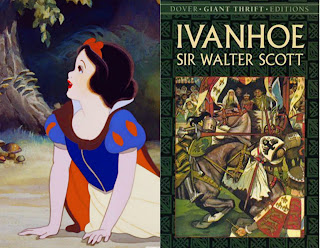 If I'm interpreting "classic" as the old classics, like pre-20th century, than Ivanhoe by Sir Walter Scott. :)  (And it's also just one of my favorites, period. ;))

2. Cinderella - Name a book that kept you reading well past your bedtime 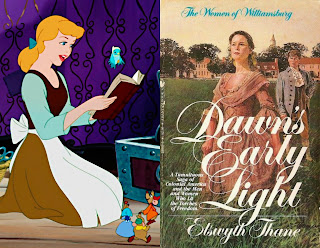 There have been several!  But more recently, Dawn's Early Light by Elswyth Thane.  You can read my Goodreads review here! 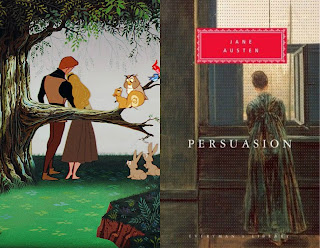 *freezes up*  Yikes.  Classic romance book?  See, that's a toughie.  I love a lot of the romances in classics, and I love the way they're portrayed in the movie adaptations, but the books themselves are not often my favorites.  Such is the case with Persuasion by Jane Austen, which is the book I'll use for this question.  Persuasion is actually (probably) my favorite J.A. story . . . I have what I call a "Jane Austen hierarchy" about which I need to do a post soon.

4. Ariel - Name a book that's about making sacrifices and fighting for your dreams 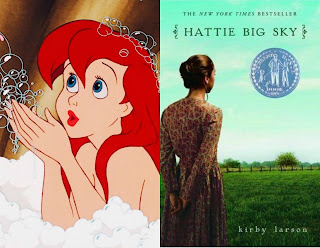 5. Belle - Name a book with a smart and independent female character 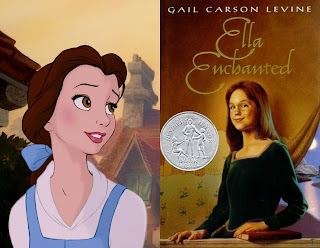 Ella Enchanted by Gail Carson Levine.  (I love this book.  I need to read it again. :))

6. Jasmine - Name a book with a character who challenged the social conventions of his or her world 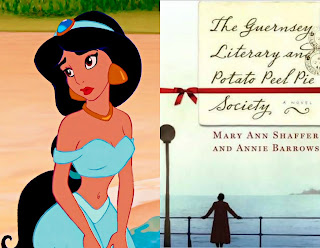 The Guernsey Literary and Potato Peel Pie Society by Mary Ann Shaffer and Annie Barrows has several unconventional characters (and very precious ones they are, at that).

7. Pocahontas - Name a book with an ending that was a roller-coaster of emotions 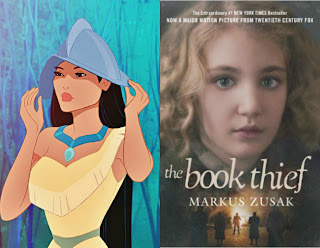 The Book Thief by Markus Zusak?  That's all that's coming to mind, even though I felt so sure that there were more . . .

8. Mulan - Name a book with a [totally boss]* female character   [I decided to change the adjective because of Reasons ;-P] 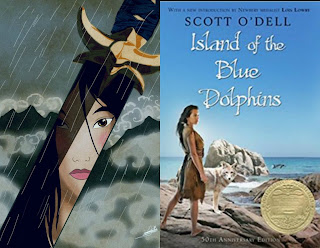 When the first "totally boss" female character who comes to mind is Rey but that's not a book . . . #sigh

Anywho, let's see here . . . I guess the girl in Island of the Blue Dolphins by Scott O'Dell is pretty boss. 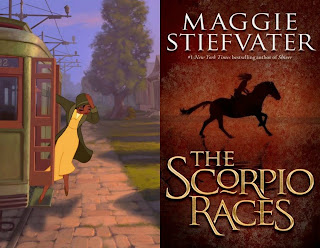 The Scorpio Races by Maggie Stiefvater.

10. Rapunzel - Name a book that features an artist 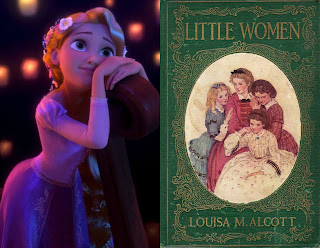 I really couldn't think of one, but Amy in Little Women is an artist, isn't she?

11. Merida - Name a book that features a mother-daughter relationship 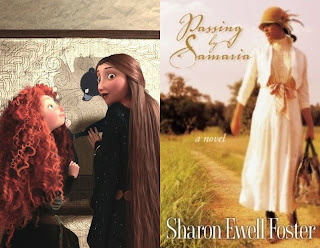 Passing by Samaria by Sharon Ewell Foster has a good relationship between its protagonist and her mother.

12. Anna and Elsa - Name a book that features a great relationship between siblings 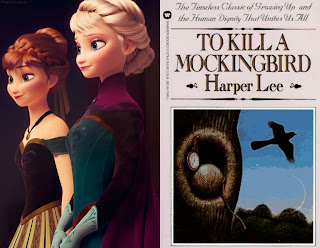 To Kill a Mockingbird by Harper Lee.

I tag anyone who wants to do this!  (I know, I know, I'm sorry, but I've got things to do and places to be and ain't nobody got time for specifics. :-P)


Have a great day, everyone!