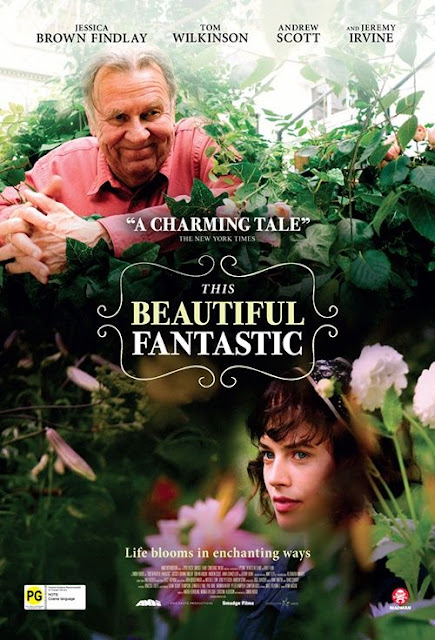 You know how occasionally you'll find a trailer and it just looks so good and you get super psyched for it and then finally you get to see the movie, and even though it had the potential to be a letdown, like any movie you're excited about does, it isn't -- it's actually just as amazing as you thought and hoped it'd be and so afterward you're just like

Set against the backdrop of a beautiful London garden, this contemporary fairy tale stars Jessica Brown Findlay and Tom Wilkinson.  Facing eviction in a month if she can't resurrect the dying garden in her backyard, reclusive librarian Bella Brown (Findlay) meets her grumpy next-door neighbor (Wilkinson), who happens to be a talented horticulturist.  As the two form an unlikely friendship, Bella begins to wonder if she can revive both the garden -- and her dreams of becoming a children's book author -- in this magical, witty film about life and love, also starring Andrew Scott and Jeremy Irvine.  {synopsis from the back cover} 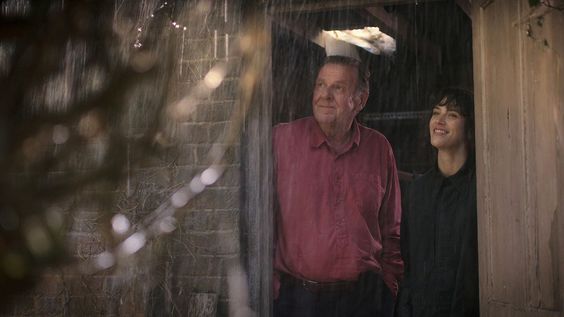 This movie is very much "a yes from me."  I loved it.  I know I throw that word around pretty flippantly, but I really can see this one becoming a favorite.  It had a way of nestling quietly, placidly, and contentedly into my heart.  Everyone connects with different movies, and I definitely connected with this one.  It has a soothing, gentle presence, even though (in my opinion) it's a fully well-rounded movie with depth and humor and happiness by turns.  It's not always sunshine and roses, but then again, it is, too -- that's sort of the whole point.  I felt peaceful after watching it.  It completely (or almost completely) satisfied my story sense, and it's just what one needs now and again.

In style, it reminds me of Penelope; it's similar in color palette, quirkiness of characters, and uniqueness of theme.  That isn't to say that on the surface it's the most original thing ever, but some of the themes underlying it aren't ones you see every day in a movie. 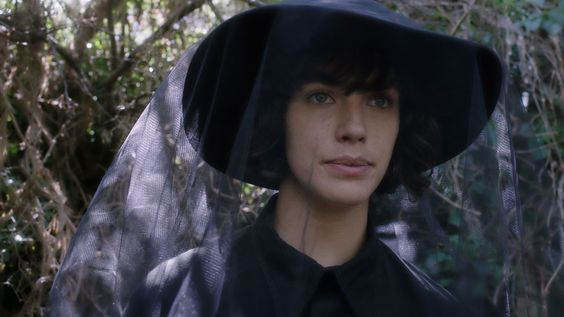 It gives a sweet, sympathetic, non-victimizing look at some struggles such as OCD (I think?) and phobias.

It recognizes and celebrates the fact that most of us have a bit of oddball in us, and (as a dear friend was recently telling me) there's nothing wrong with that -- there are people who will love us in a multitude of ways just as we are.

It's a love letter to plants and the people who care about them.  That first scene in Alfred's garden makes you feel that vibrant, impressionistic energy flowers have; it makes you remember greenhouses and the moist, sweet air inside them, and the buzzing, humming, happy activity that seems to permeate a plant-filled space, even while there's an equally coexistent hush and stillness.

The characters are infiltrative little things, grabbing your heart so quickly you're surprised.  And it's not just the primary characters -- there's one secondary who really touched me, too.

All of the actors nail their roles.  Jessica Brown Findlay does a flawless Bella Brown.  Tom Wilkinson is excellent as always.  Billy is what you might call precious, and the way Jeremy Irvine was able to portray his nervous energy and occasional stammer was really good.  AND AND Andrew Scott's Vernon is probably my favorite.  (But I don't know.  'Cause I love Bella and Alfred too.  I can't really have any of those three without the other two, ya feel me?  They needs each other, sweet little trio that they are. <3)

Seriously, I loved Vernon!!!  Andrew Scott maaayy have had some rather biased brownie points awarded him because of you-know-what *ahem*, but he just played Vernon so well, man.  Someone fangirl with me about Vernon, okay?  Pretty-please?

[Because for real like the scene below when he and Alfred are interrogating Billy ("Yeah, I know, I'm trying to test him out") . . . and his first scene . . . and his relationship with Bella, and how he tried to make her answer when she had locked herself in her room by threatening to spill crumbs . . . and . .  ] 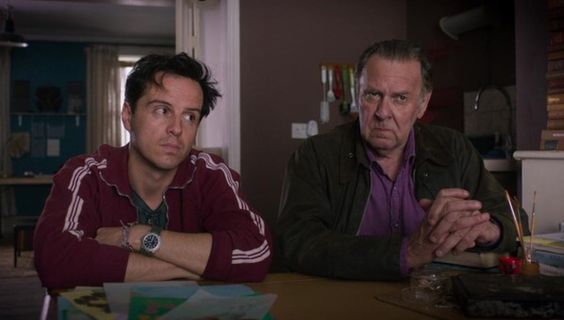 There are so many little things about this movie that I loved.  Here's a list:

* I like how it takes its time depicting the garden's transformation -- it doesn't magically become a bower in the space of a few three-minute montages.

* I like how some of the film quality isn't 100% pristine.  It makes it seem more real.  Like, during that one scene in Bella's bedroom when she's been crying and Alfred's talking with her, the lighting isn't perfect and the image is a little grainier and dust mite-y.  AND THAT'S COOL.  Because it was probably that time of day when the blinds would be partially drawn and the light would be creating a very specific sort of "aura" in the room, and they captured it.  So I think that's pretty neat. :)

* The ending was perfect (except for one thing which I'll talk about below). 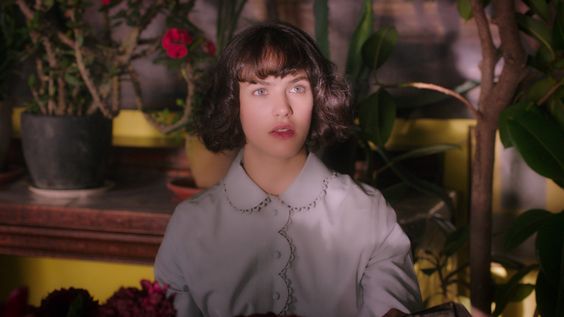 And now we come to my one dissatisfaction with the movie, but it involves spoilers, so use caution, eh, what!

*SPOILERS!*  I shipped Bella with Vernon more than with Billy.  So I was actually sort of on-board when Bella thought she saw him with someone else.   As I said before, Billy is precious and I do love him, but I did want Bella to end up with Vernon more.  So, that's rather disappointing. :-/  But the rest of the movie is so beautifully done, and at least Billy is a good "second choice," so I don't think it'll affect my love for the movie that much.  (But then again it IS quite disappointing . . . )  So, anyway, while I wish that had turned out differently, I'm willing to let it slide. ;)  *END OF SPOILERS*

I could ramble on about all my favorite parts of the movie and the myriad reasons why I loved it, but I think you'll have to watch it for yourself.  And I hope you do, because it's wonderful. <333