September 24, 2018
It's that time again, guys!  Hamlette's annual Tolkien party has begun; she posted the tag a couple of days ago.  And thank goodness, because at random times over the past week I'd started getting antsy for the party to start; and wondering about the questions like,

1. What's your favorite Middle-earth story/book?
I thiiiiink it's Return of the King.  But I also really really love The Fellowship of the Ring, so it's difficult.  Also, the Valaquenta and the Ainulindale from The Silmarillion make me feel things™.

2. Do you have a favorite subplot?
Oooh, tough one.  I love the subplots of the various romances.  I like the subplot (in the movie) of Pippin's and Gandalf's relationship development.  But, if this counts, I guess I'll go with Tom Bombadil and especially Goldberry in the Withywindle Valley?  I LOVE that part of the Fellowship book now (even though I skimmed it the first time I read the books because I'm one of those infidels who watched the movies before reading the books and still doesn't really mind the changes they make in the movies).  Mostly, that's due to Craig Bernthal's very thorough treatment of it in his book (I'll talk about that book in a moment) and to a more thorough reread on my own part, which allowed me to really soak in all the gorgeous beauty and refreshment and depth in that passage. 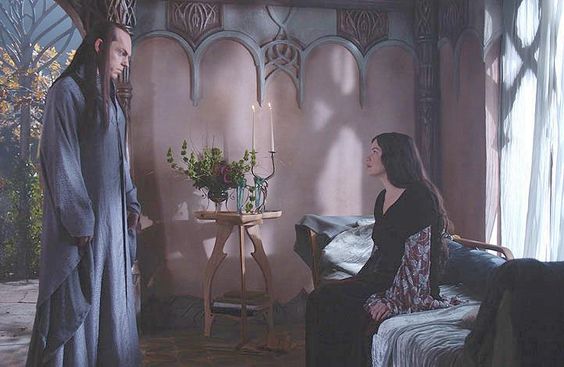 3. What's your favorite theme in Tolkien's books? (Can be in one specific story, or overall.)
Reading Craig Bernthal's Tolkien's Sacramental Vision really educated me about the pervading theme of eucatastrophe in The Lord of the Rings.  People say that Tolkien himself admitted that the story is ultimately about death.  That's true in a way, but only insofar as death serves to make the resolution that much brighter and more glorious.  (The crucifixion is the primary, fullest example of eucatastrophe.)  I can't explain the whole concept very well, but Bernthal does. 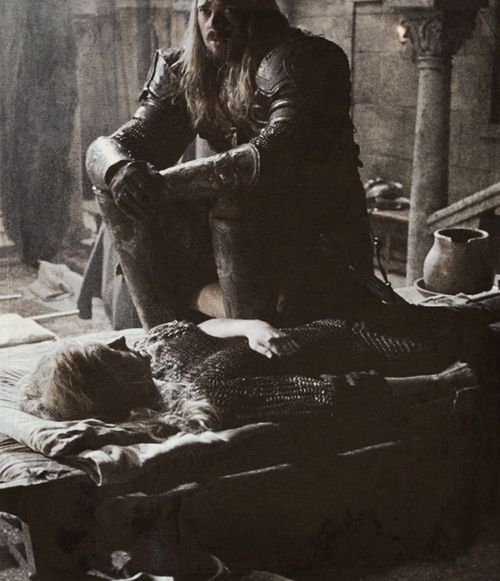 So, that.  Yes, the story is about death, but ultimately I believe that the hope it delivers is far more central and significant.


4. Do you have a favorite weapon from Middle-earth?
Not really.  I don't pay much attention to the weapons.

5. Would you like to be a hobbit?
I think so, because the Shire is basically the most idyllic place in the world, and the little community seems to be, too.  (Though honestly I'm probably imagining some sort of unrealistically vegetarian farming community, hehe.) 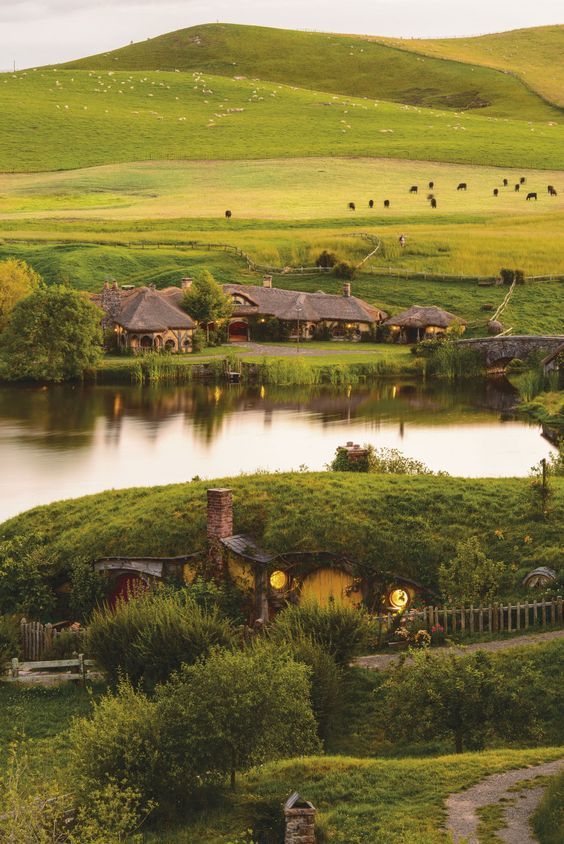 6. Do you have a favorite romance/couple?
I do, and they are

on many deep levels.  Buuuuuut, that said, I've already gushed about them so much that people are probably getting a little tired of it. :-P  (If any of you are new here and don't know to which couple I'm referring, you can click here to find out.)

7. What's your favorite Middle-earth creature? (Can be "real" or "imaginary.")
I mean, elves (or one of the higher orders introduced in The Silmarillion) or hobbits are probably my favorite races, but as for a creature . . .  I guess the Ents?   They're creaturely. 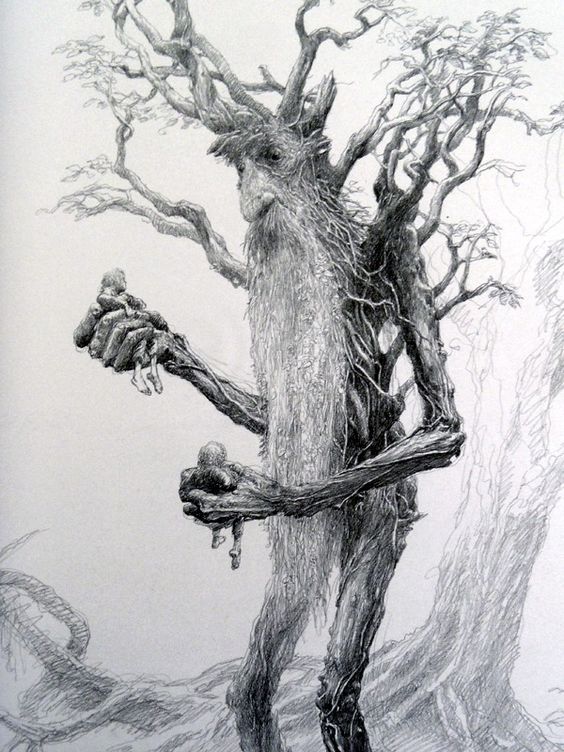 8. What character do you look the most like?
Oh, gracious, I don't know.  I really don't know?

9. Are there any books about Middle-earth or Professor Tolkien (but not written by him) you recommend?
Like I mentioned earlier, Tolkien's Sacramental Vision is an excellent read, even if you're not Catholic.  I also highly, highly recommend A Hobbit, a Wardrobe, and a Great War: How J.R.R. Tolkien and C.S. Lewis Rediscovered Faith, Friendship, and Heroism in the Cataclysm of 1914-18.  It's written by Joseph Loconte, and I learned so much from it--both about literature and history. 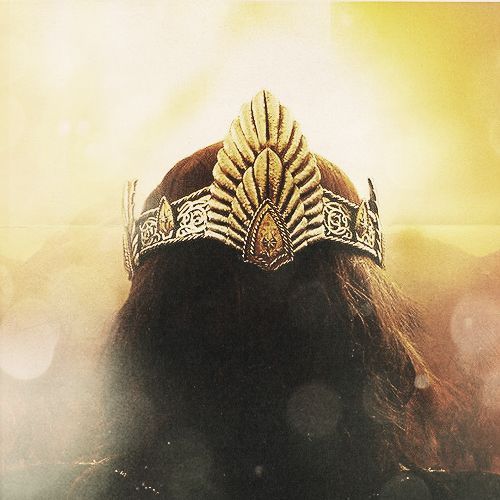 10. List up to ten of your favorite lines/quotations from the Middle-earth books and/or movies.
*rubs hands together*  If you insist. ;)

On silver necklaces they strung
The flowering stars, on crowns they hung
The dragon-fire, in twisted wire
They meshed the light of moon and sun.  (from The Hobbit)

. . . the music began all at once, so sudden and sweet that Bilbo forgot everything else, and was swept away into dark lands under strange moons, far over The Water and very far from his hobbit-hole under The Hill.  (from The Hobbit)


Este the gentle, healer of hurts and of weariness, is [Irmo's] spouse.  Grey is her raiment; and rest is her gift.  (from The Silmarillion)


"Many that live deserve death.  And some that die deserve life.  Can you give it to them?  Then do not be too eager to deal out death in judgment." (from The Fellowship of the Ring)

A star was bound upon her brows,
A light was on her hair
As sun upon the golden boughs
In Lorien the fair.  (from The Fellowship of the Ring)

"What d'you want to go and find a dragon for, at this time of the year, and me with my hands full?"  (from Farmer Giles of Ham)

"The world is indeed full of peril, and in it there are many dark places; but still there is much that is fair, and though in all lands love is now mingled with grief, it grows perhaps the greater."  (from The Fellowship of the Ring)

. . . when [Pippin] saw the pale face of Faramir he caught his breath.  It was the face of one who has been assailed by a great fear or anguish, but has mastered it and now is quiet. . . . Yet suddenly for Faramir his heart was strangely moved with a feeling he had not known before.  Here was one with an air of high nobility such as Aragorn at times revealed, less high perhaps, yet also less incalculable and remote: one of the Kings of Men born into a later time, but touched with the wisdom and sadness of the Elder Race.  He knew now why Beregond spoke his name with love.  He was a captain that men would follow, that he would follow, even under the shadow of the black wings.  (from The Return of the King)

There, peeping among the cloud-wrack above a dark tor high up in the mountains, Sam saw a white star twinkle for a while.  The beauty of it smote his heart, as he looked up out of the forsaken land, and hope returned to him.  For like a shaft, clear and cold, the thought pierced him that in the end the Shadow was only a small and passing thing: there was light and high beauty for ever beyond its reach.   (from The Return of the King)

Well.  "That's done [me], it 'as"--all this LotR nostalgia has got me good and bittersweet.  Rereads and rewatches are in order, for sure. ;)

Head over to Hamlette's blog The Edge of the Precipice for all the party fun, and definitely be sure to check out THE GIVEAWAY, which is awesome, as per usual.