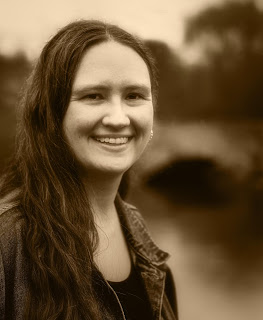 [Along with the review I posted recently, I'm hosting an author interview with Dancing and Doughnuts author Rachel Kovaciny -- featuring DD trivia and writing tips -- in celebration of the book release!]

How do you pronounce the surname 'Algona'?
It’s al-GOH-nuh -- there’s actually a town in Iowa named that. I gave them a different name originally, but I kept misspelling it as “Algona” and finally decided to just change it to that.

How did you decide on all the names in the novel (specifically, those of the Algona girls)?

It all started with Jedediah Jones, who named himself. It’s always the easiest when characters do that, but it only happens about half the time for me when I’m dreaming up a story. The rest of the time, I have to search for ones that fit and are era-appropriate. For the twelve dancing daughters, I researched common baby names from the 1840s and 1850s and paired up girl names I liked that sounded good with the last name Algona.

I must admit that Sheriff Walbridge and Cooper’s names came from me being lazy and taking name-inspiration from the actors I would cast as them in a movie version. More of that below!

Oh, I eventually discovered just how perfect Jedediah’s name was for him—in the Bible, it’s the name that the prophet Nathan gives to King David’s son Solomon when he was born. And Jedediah Jones needs lots of wisdom to find the truth about what’s going on at the dance hall.
Did your children enjoy the doughnut recipes with which you experimented?

Some of them, but not all of them. One in particular got dumped in the composter after we’d choked down a couple of them. I’m including one recipe at the back of the book that we all thoroughly enjoyed, though! It’s based on a Civil War-era recipe, with a few tweaks so it works for modern taste buds and ways of cooking.

I remember I asked you about one of your recent headers for Soliloquy, and you mentioned it was a partial dreamcast for the story.  Are we allowed to know which actors/actresses belong to which characters?
Absolutely! I tend to cast about 90% of the characters as I write, and this book was no exception. Here’s my ideal casting if I could suddenly become a time-traveling movie producer:


(If you want to see pictures of them exactly as I imagine them in these roles, I have a Pinterest board full of such things: https://www.pinterest.com/hamlettethedame/dancing-and-doughnuts/ .)
When do we get any hints about the next book?  Are we allowed to know which fairytale will be next?


“Snow White!” In a wagon train! During the Exoduster migration of former slaves looking for a new life in the west! That’s about all I can say right now. I’ve got bunches of research to do yet, but I’ve got characters bopping around in my head already.

In that vein, how many books do you plan to write for this series? 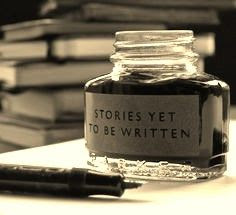 What are some staples/particulars of your writing process (i.e. music, time of day, snacks, outlining, storyboarding, playlisting, none or all of the above)?
Ahh, zee process. Let’s see... writing comes easiest to me in the morning, before thoughts and plans for the day have a chance to clutter up my brain. But unless I get up early, that doesn’t happen, since I have three kids to make breakfast for and so on. So I do most of my writing at night, once my kids are in bed. But on Saturdays, a lot of times I leave the house right after breakfast and go to a coffee shop or bookstore and write for a couple of hours, and that’s generally very productive.

I like to have something warm to drink when I write—coffee or mocha in the morning, tea or hot chocolate in the evening now that I’ve gotten old and can’t drink caffeine after about 7pm. I always know it’s been a really good writing session when I come back to the real world and discover a half-drunk mug of cold tea beside me. Means I was living the story too intently to drink. 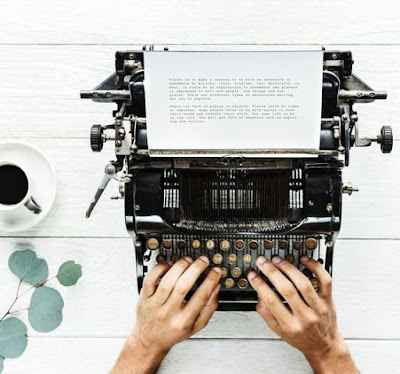 I generally listen to music while I write—lots of Bobby Darin and movie soundtracks. Partway through any particular project, I’ll settle on one or two particular albums that work especially well, and I’ll listen to them almost exclusively for the rest of the book. Which means certain soundtracks will forever remind me of certain books and characters, utterly independent of what movie they’re for.
Do you have any advice to share with your fellow indie authors in regards to marketing?

Pay attention to the book covers and blurbs that are awesome, and to the ones that are awful. Learn from both. Your book cover is your story’s first impression with nearly every reader. Your blurb is its second impression. If you can’t interest them with either of those, your writing can be amazing, but no one will ever know.

What is your #1 piece of writing advice for any aspiring author?


Write what you love. If you have any success at all, you’re going to be writing a LOT of that, so you’d better love it from the get-go.

Would you say that you draw inspiration from movies?

Honestly, I get at least as much inspiration from movies as from books. So many things I write start out as me thinking, “Hey, what if this actor and that actress and that actor over there were all in a movie together?” And then it ping-pongs from there. My stories also appear in my head much like movies, and I just write down what I see and hear as they unspool.

What are three movies in your second-favorite pool?  As in, movies that aren't quite as high up there as, say, your core top ten, but that you still enjoy Very Much Indeed?

What is your favorite thing about the Western genre, film-wise or book-wise?

How you can throw a whole lot of people from very different backgrounds together. Races, ethnicities, social stations, financial levels, religions, everything gets tossed together. That’s a really great recipe for drama. At the same time, the frontier has a lot of life-or-death struggles going on. And when you’re trying to survive, sometimes things like race or social status don’t mean so much anymore. Good and bad matter more. That helps clear-cut morality stories make a lot more sense, which I enjoy.