The Dealio with Writing

September 06, 2018
A couple of you expressed interest in reading about what's been up in the writing aspect of my life, so I thought I'd try to oblige!  First, though, lemme just say that I'm not really used to writing about writing, so . . . this may be a little sketch.  Heh. :-P 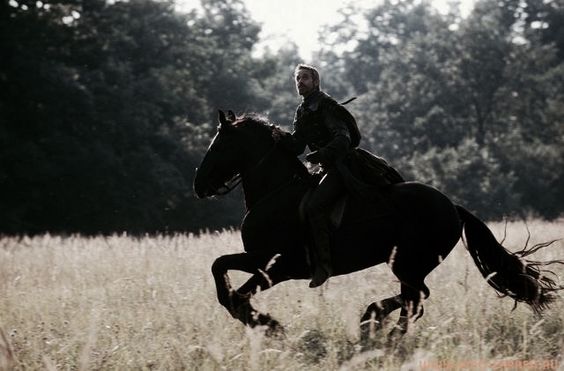 Writing has been on my radar a lot lately.  I've mainly been focused on one thing, the reinvention of the short story I wrote for the Indie e-Con contest this spring.  (You can read the original short story here, but I'm going to be changing a good bit of it, so don't get too attached to the plot. ;-p)

I've actually all but committed (mentally) to making this a full-on, legitimate NaNoWriMo project this year.  Last year, on my other blog, I posted about writing my Susan Pevensie story in my own take on NaNo; but this year, if I do decide to do it, I want the real McCoy.  (Someone who is Knowledgeable, why is that phrase a thing?  Who/what was McCoy?)  Like, standard word count and probably accountability partners (cabins??) and everything.  And, for a girl who struggles to keep stories going very long, that'll be challenging. *raises brows*

Like my e-Con short story, this will be focused around three protagonists: Rhiannon, Alejandro, and Ronan.  Rhiannon and Alejandro are two mercenaries who "join forces" with Ronan, the prince of their country.  Initially it's just to help him get safely home (he's in danger because of Reasons), but -- can you see where this is going? -- the three end up forming a really deep friendship that continues to develop after their arrival at Ronan's home.  I'm thinking that the royal household basically adopts them (not really, but in spirit) and the trio have tons of fun adventures together, until Stuff Happens and Conflict Ensues.  (Not conflict between the three of them, conflict resulting from Bad Blood with Ronan's older half-brother, Alastair.  Dunh, dunh, dunh.)


And if you're thinking that you've seen this before and that, as a character in Rango put it, "this plot is highly predictable," you are 3000% correct.  Fans of originality, away.  This is going to be a YA adventure set in a fantasy world with no magic, and about the only thing original about it will be the fact that I have no intention of incorporating a love triangle.   Ya been warned. :-P

So, there you have it!  That's what's been on the writing forefront of my mind lately.  (Well, that and this: blogging. ;))

If you're interested, you can see the inspiration board on which I spend more time than actually writing that I've created for this story here. :)

In addition to Pinterest, music is really helpful for the inspiration aspect right now.  I've discovered that Sarah Darling's Dream Country album is really good writing music, for me.  (Thanks to a special friend for first introducing me to Sarah Darling's music; you know who you are. ;))  Most of the songs on the album don't actually have much relevance to the story itself, but the feel of the music is very conducive to the process of writing.  For me, at least. ;)  And I have a whole other playlist I'm compiling of songs that actually have something to do with the characters/plot/feel of the story.  Maybe I'll share that some other time. :)


Do you guys have plans for NaNoWriMo?
What are you writing right now?

P.S. By the way, I think I've figured out that Google Drive is going to be the way to go for me, logistically speaking.  I can create a folder and have specific documents for whatever sectioning I need to do (outline, excerpts, plotting, the manuscript itself, etc.), I don't need to worry about Microsoft Word crashing or deleing all my work, AND the whole thing is free.  So.  Food for thought, my peeps.  I'm just saying.  ;-P

P.P.S.  Also the pictures in this post do come from my board but the characters are a good bit younger than the people in said pictures.  In case anyone -- like me -- tends to get inspiration images cemented in their brain and finds it difficult to shake those ideas when actually reading something. :-P

P.P.P.S.  GUYS.  I just -- as in, two seconds ago -- found out that the seventh season of Once Upon a Time just came to Netflix!!  Eeek!  I'm . . . honestly a little nervous.  As I told you guys, I'm Not Completely Pleased with the idea to "change" everything the way the seventh season apparently does, but at the same time, Once is Once, so some degree of excitement is in order, eh?  The anticipation to find out if I like it and what the finale of the entire show is like is making me a little hyped up!! *bites nails*  I wonder when I'll start it.  Probably not today.  I don't know if I'm ready . . .