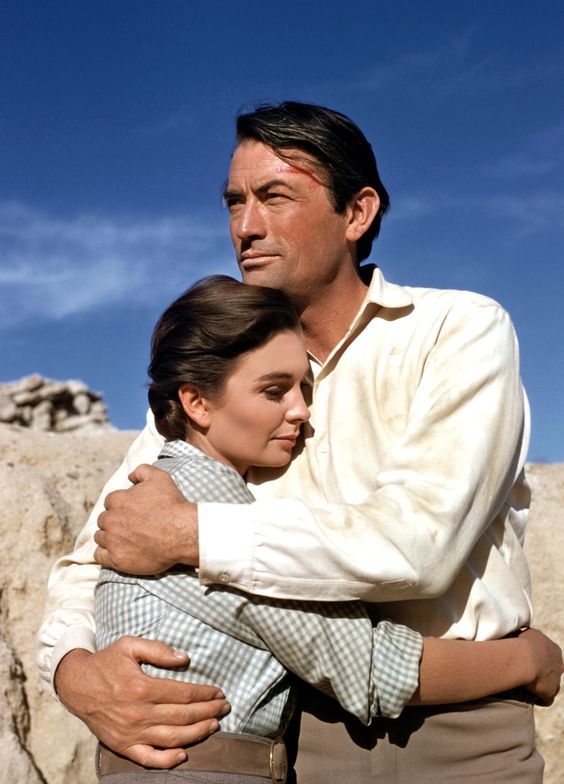 When seaman Jim McKay arrives in the American West to meet his fiancé Pat's father, Major Terrill, he quickly realizes that he's entered a culture of false bravery and asinine feuds.  Here, courage is tested by quickness to fight and to engage in meaningless risk.  Jim's patience and non-aggression earn him the contempt of Steve Leech, one of Terrill's ranch hands.  (Leech is also somewhat sweet on Pat, which gives him another reason to antagonize Jim.)  Even Pat begins to question Jim's refusal to fight the various men who insult him, believing the refusal must mean cowardice.  The only people who seem to understand and appreciate Jim's restraint are Ramon, another ranch hand, and Julie, local teacher and Pat's best friend.  Additional tension is mounting between Terrill and a local clan, the Hannasseys, over watering rights to a river owned by Julie.  Jim soon finds himself in the thick of it all. 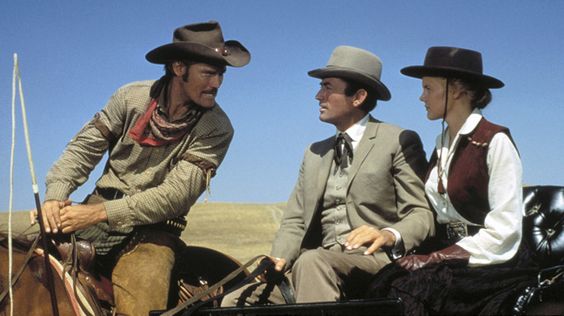 Something I've discovered about myself (that I mentioned in yesterday's post):  I don't like silent films, but I love films that aren't afraid of silence.  Movies that allow their stories to play out with occasional patches of quiet, when dialogue and action aren't needed, really make me happy.  So it follows that The Big Country, with its sweeping vistas and understated script, makes me happy also.

It pays adequate tribute to the grandeur of the old West while refusing to idealize it beyond measure.  I enjoy the fact that one of the plot devices is Jim's amusement at everyone's emphasis on what "a big country" it is:


As I mentioned in my top ten list, I love Peck and Simmons in this movie.  I mean, I love Peck and like Simmons in general, but especially in this. ;)  Their acting is relaxed and easy while simultaneously deep and, one could argue, passionate.  And I love *SPOILERS!* the way their relationship's development is written.  They really do start out as friends, and even when it transitions to romance, it's never gushy like many old-movie romances. *END OF SPOILERS*  Julie is a great secondary-turned-heroine to root for: she's loyal, witty, circumspect, and selfless.  And as I've mentioned before, Jim is one of those heroes I could actually potentially see myself marrying if they were real people.

I want to like Charleton Heston's Steve Leech so bad, but since he basically attacks Pat and forces her to kiss him and doesn't show any compunction for it, that doesn't seem to be an option anymore.  Sad face.

When it comes to the two feuding patriarchs, Major Terrill and Rufus Hannassey, what's interesting to me is that they're about equally bad.  The first couple times I watched it, I thought one or another of them was a little better, but I don't think that's really true.  Both men are willing to expend many human lives for a positively ridiculous and thoroughly selfish cause, both men are willing to mistreat total innocents to try to harm their opponents, both men are pretty bad fathers . . . they're problematic.  But at the same time, neither man is exclusively awful.  They both have their good (or at least decent) moments.

As it builds to its climax, the film explores some heavy themes you wouldn't necessarily expect: specifically, patricide, filicide, and attempted rape.  Land disputes and bravery challenges are all well and good, but when you throw in uber-dysfunctional family dynamics and literal sexual assault, that kind of changes the tenor of the show.

Pat is pretty unlikable, but she's well-acted.  The secondary characters are fun, too; don't have much to say about any of them.  Although Buck Hannassey probably deserves a mention for being a memorably odious villain who is also somewhat Layered™.

Another little thing I realized that's worthy of appreciation is the fact that while this movie is filmed in the "glorious Technicolor" of which the pre-60s were so proud, it's not riotously or clownishly colorful.  The costumes are realistic and the prairie isn't given much more of a "golden tint" or "azure sky" than it already has.  I like that.  It's a film that can stand on its own two feet without a surfeit of technical tricks.

This is one of my top favorite Westerns, and I'm very glad I ran into it.