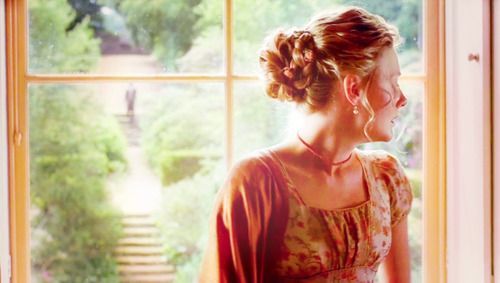 Having grown up steeped in Jane Austen adaptations, I've naturally had a lot of time to think about which ones are my favorites. ;-P  But the odd thing is, the spaces for my favorite movie, my favorite book, and my favorite story in general are all occupied by different stories!  I don't know why that is, but since we all love Jane Austen, I figured it'd be fun to whip up a post about my Austenian feelings. :D

This is no secret:  It's the 2008 adaptation of Sense and Sensibility.  I adore it.  I think it's fantabulous. 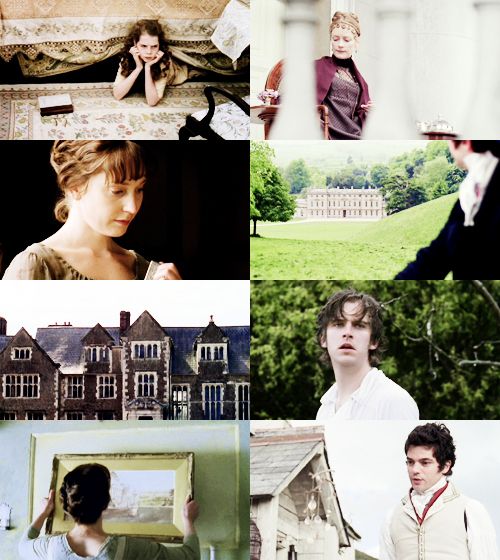 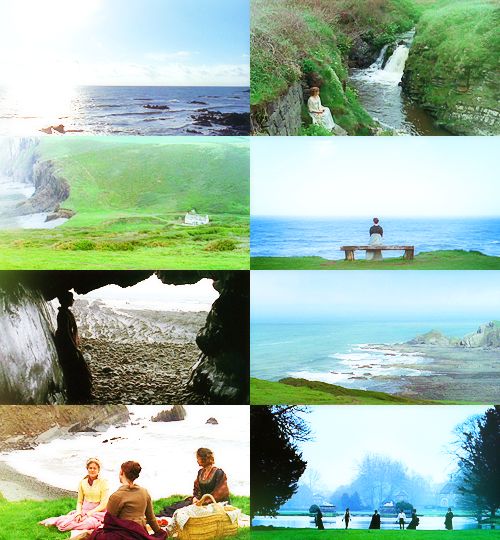 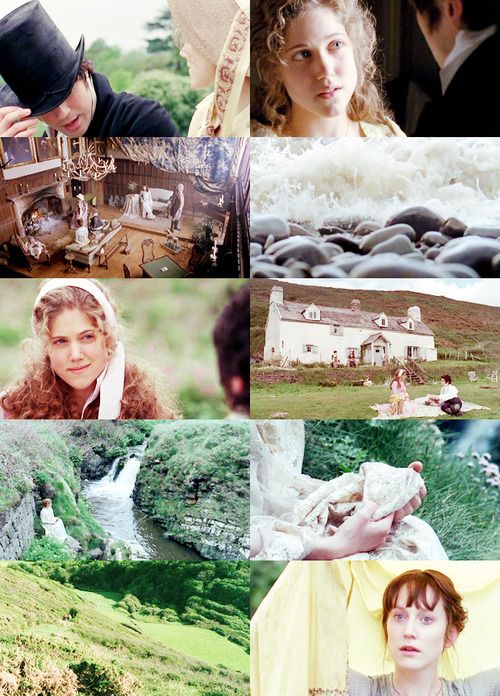 I mean.  Do these pictures not speak for themselves?

The basic storyline of Sense and Sensibility is not my #1 favorite (although it's definitely one of my favorites), but, cosmetically speaking, this movie most definitely is.  It's one of the most beautiful films I've ever seen, and the glorious thing is that the underlying components are able to stand up so aptly to their cinematic features.

The towering, bubbling, variable scenery is combined with a beautiful and intentional pace of storytelling.  The Dashwood girls' geographical surroundings change, which in turn becomes a mirror for the changes the girls themselves are undergoing.  The whitewashed, low-slung cottage by the seashore gradually becomes a refuge instead of an exile.  The changeable landscape is almost a cathartic symbol for the girls' evolving mental and emotional experiences. 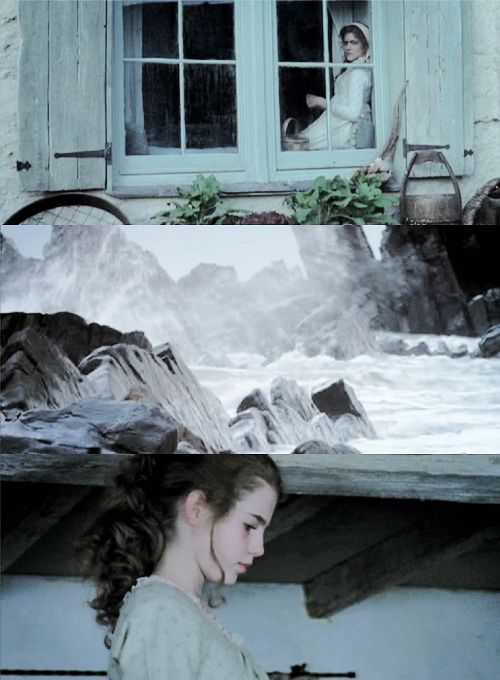 And then, of course, there are the characters.  And the acting.

The cast has such a wonderful chemistry and makes a dynamic group.  I love watching the little dramas of the story play out across their silent glances and delighted giggles and patient smiles and, in one memorable instance, melting glares.

Suffice it to say that I love this iteration so, so much more than the '95 version.  "But on this point, it will be as well to be silent."


At the moment ⎼ although further rereads are in order and we must bear in mind that I have not yet read Mansfield Park  ⎼ I think this honor goes to Pride and Prejudice. 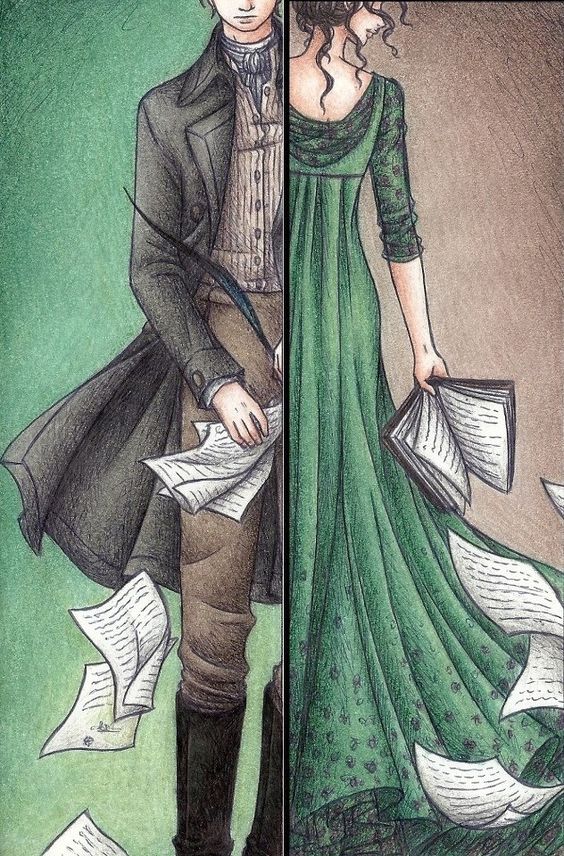 It's short, sparkling, and soothingly familiar.  It's playful and entertaining, and since the storyline is not one that's exceptionally deep or emotional (for me), and since practically every line is written deeply into my consciousness due to myriad watches of the 1995 adaptation during my formative years, it doesn't require much expenditure of emotional or mental energy to enjoy it, if that makes sense.  It's stimulating and witty, but I don't need to engage my soul to appreciate it.  You know what I mean?


And this ⎼ this, I do believe, is Persuasion. 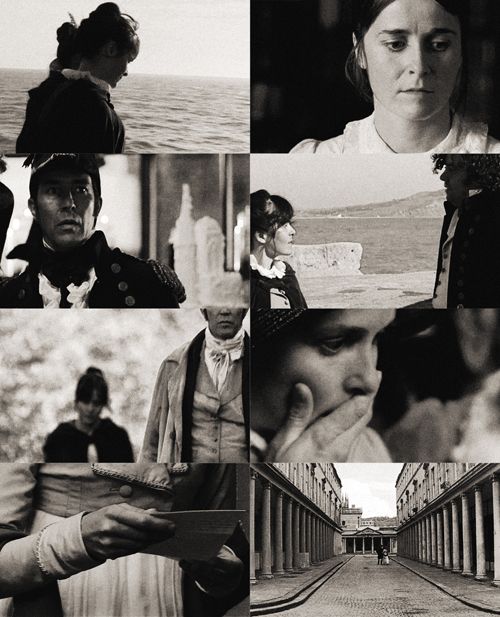 It's difficult to explain what I mean by this.

I think, as sappy as it is, what draws me so to this story is the fact that it revolves around the possibility of second chances ⎼ specifically in romantic relationships.  It's such a hopeful story, but not exuberantly so.  It's quiet and measured and, as I believe many have argued, the most contemplative of all of Austen's works.

You don't get much in the way of good characters or family reinforcement, as you do in several of her other stories.  Anne has lived, for many years, among rather dreadful relatives; and until the arrival of the Crofts and the reentry of Wentworth, she's had very little true companionship.  (Lady Russell, I believe, tries her best and does truly want what's best for Anne, but her flaws in judgment and character are a little glaring. *cough*) 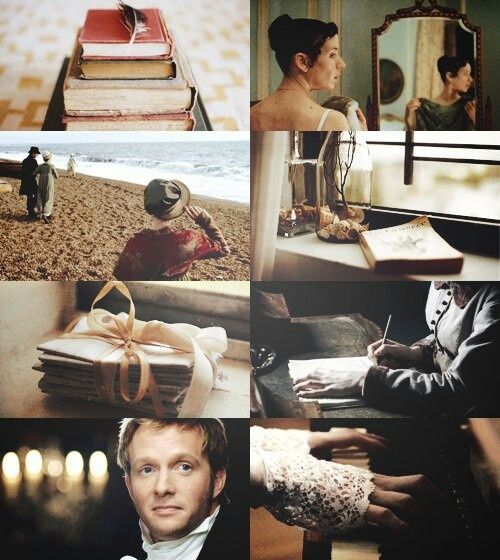 Yet, although she's experienced grave disappointment and lasting pain, Anne doesn't sink under it.  She's not putting on a falsely cheerful front, but she has her moments of happiness nonetheless.  She's able to rally and look forward to the future, at least in some way.

And, eventually, Anne does find "variation in society."  She finds people who value her as they ought, with whom she can enjoy mutually beneficial friendship.  Though many do not appreciate her, there are those who do.

When Captain Wentworth comes back into the picture and their relationship is given a second lease on life, the hopeful timbre of the story is realized.  And I can't help it:  I find it ever so romantic and oh, so encouraging. ♥ 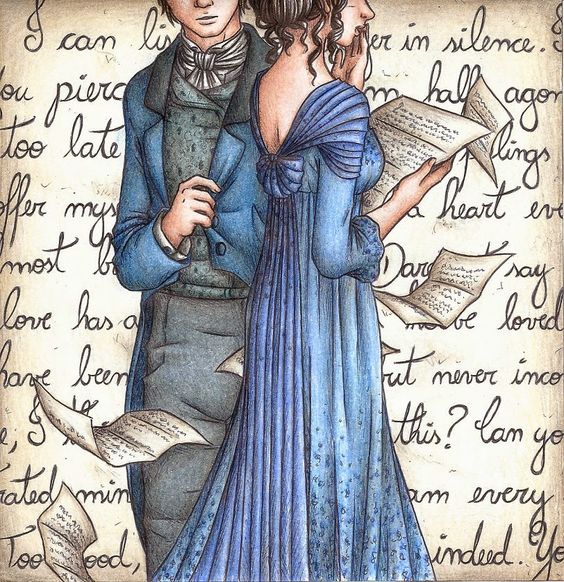 Do you have any "Austenian feelings" to share with the class? ;)