Why 'How to Train Your Dragon' Works

How to Train Your Dragon is a great movie.  I've always liked it; but over my last few viewings of it in recent years, I've been impressed by just how great of a film it is, and how much I really do appreciate it.

I re-watched it just the other day, and felt compelled to compile a little list of some of the elements that make this movie unique and successful.

I know the satirical, self-deprecating style of humor present in this movie isn't terribly unusual today, but I think that when it came out, it was one of the first animated offerings to kickstart that new normal.  I could be wrong, but that's my speculation.

Regardless, it's adorably wry, witty, and tongue-in-cheek.  It's good-naturedly skeptical, if that makes any sense.

For real.  HAVE YOU LISTENED TO THAT MUSIC LATELY??!  Because you should.

- the teenagers are believable.

They're all at differing maturity levels, but none of them feel like 20-somethings pretending to be adolescents.  They all have different interests but share similar hopes, fears, etc.  (And the sibling dynamic between Tuffnut and Ruffnut is fun. 😉)

How many movies do you know that feature a giant cat masquerading as a dragon for a major character???

Yeah, that's what I thought. 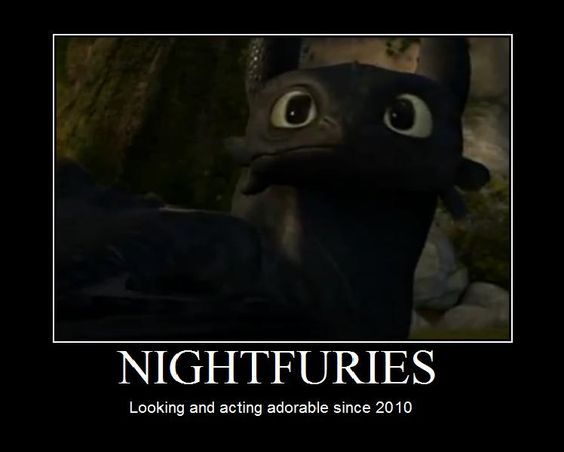 Toothless is an invaluable asset to this franchise.  He's such a unique presence, and the person/pet dynamic is sadly underrepresented in fiction, so.  (The happy person/pet dynamic, I mean.  Lookin' at you, every "Newberry Honor winning" middle grade children's novel ever about the boy and his dog that's inevitably going to end with the dog dying. *pointed glares*)


- the girl's dragon, at the end, is proportionally bigger than the boy's.

This might not seem like anything, but during this latest viewing, it struck me.  So often, sexism is still portrayed (completely unintentionally, in many cases) in movies, books, etc.  There's still the idea that the hero must have something bigger and stronger and more impressive than his "love interest".

But in How to Train Your Dragon, Hiccup stands on his own two feet in the end.  (Well . . . I mean . . . )  He and Astrid are completely different people, but they're completely equal.  It doesn't matter if Astrid rides a bigger "steed" than he does.  And it doesn't matter that he won the elder's vote instead of Astrid.  Both of them are successful.  Neither of them has to be more than the other.

- the hero doesn't come out of his conflict whole. he lives, but he's "damaged". he's lost something, and something valuable, to boot.  (dang it, these insensitive puns really are unintentional.)

The twist at the end adds maturity to the film that many other "hero's journey" stories don't have.  Sure, Hiccup falling into billowing clouds of fire and being saved from certain death at the last minute is a giant fake-out that we've all seen before.  But, unlike most other movies that feature that shtick, How to Train Your Dragon recognizes the improbability of someone coming out of such an experience unscathed.  And what I love about this is the way this story handles the amputation.  It's sympathetic but non-victimizing.  Obviously, this will be hard for Hiccup.  There are many levels to this that will need to be navigated.  But, while the movie allows him to be shaken, it never for a second suggests that he won't ultimately be okay.  He can do this.