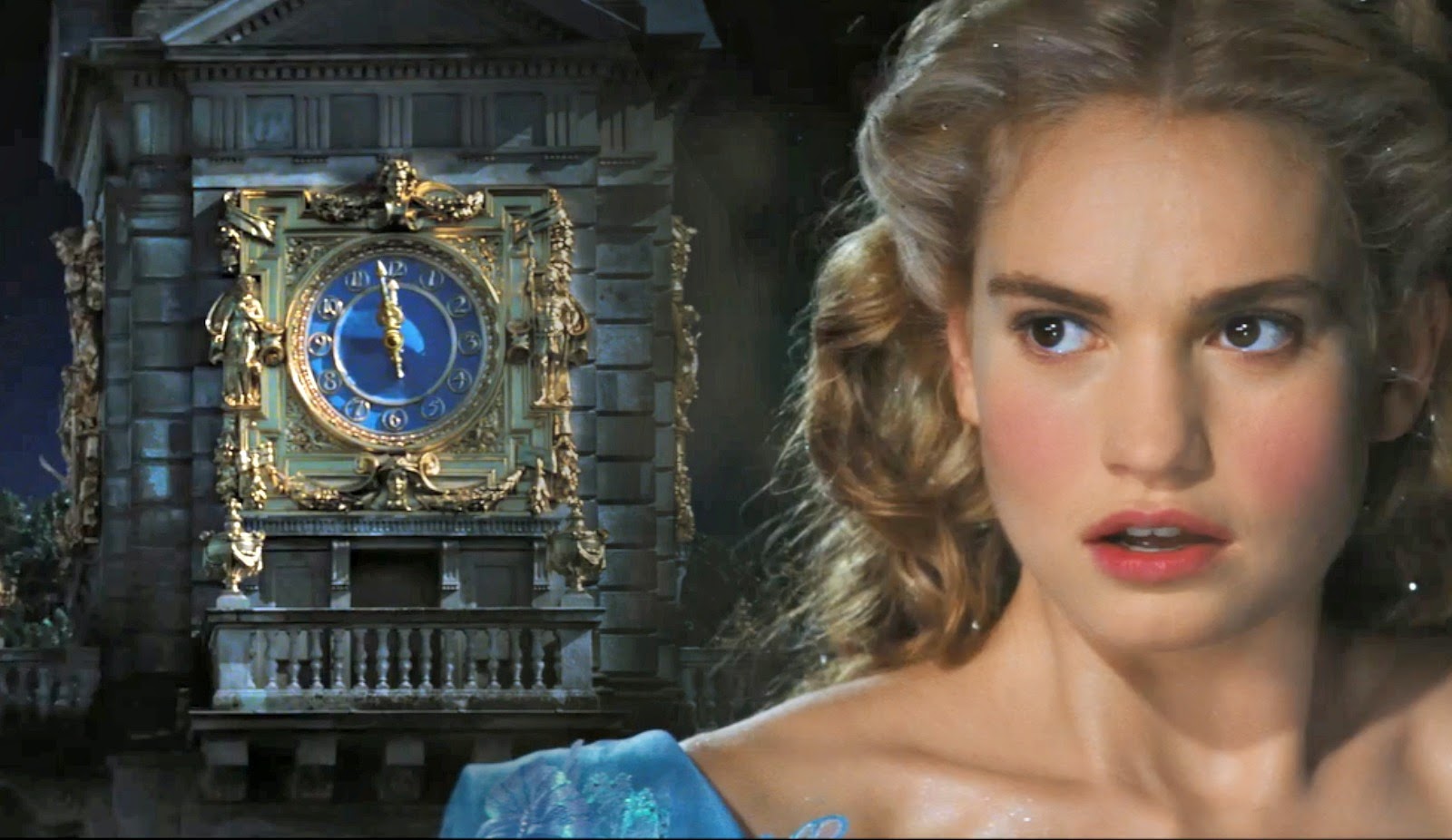 This movie was all…warm and fuzzy.  That's really the best phrase I can think of to describe it.  While it wasn't as creative as Maleficent, say, in its expansion of the original animated version, it was sweet and authentic.  I liked that Ella wasn't necessarily "looking" for a Prince Charming, and that it was clearly shown that she was fulfilled and strong without a guy (not to sound like a feminist, but you all know what I mean).

It was also a very "beautiful" movie in that there was a nice golden filter in basically every scene.  It almost got a little old in some parts, but overall it added a magical kind of aura to the film:) 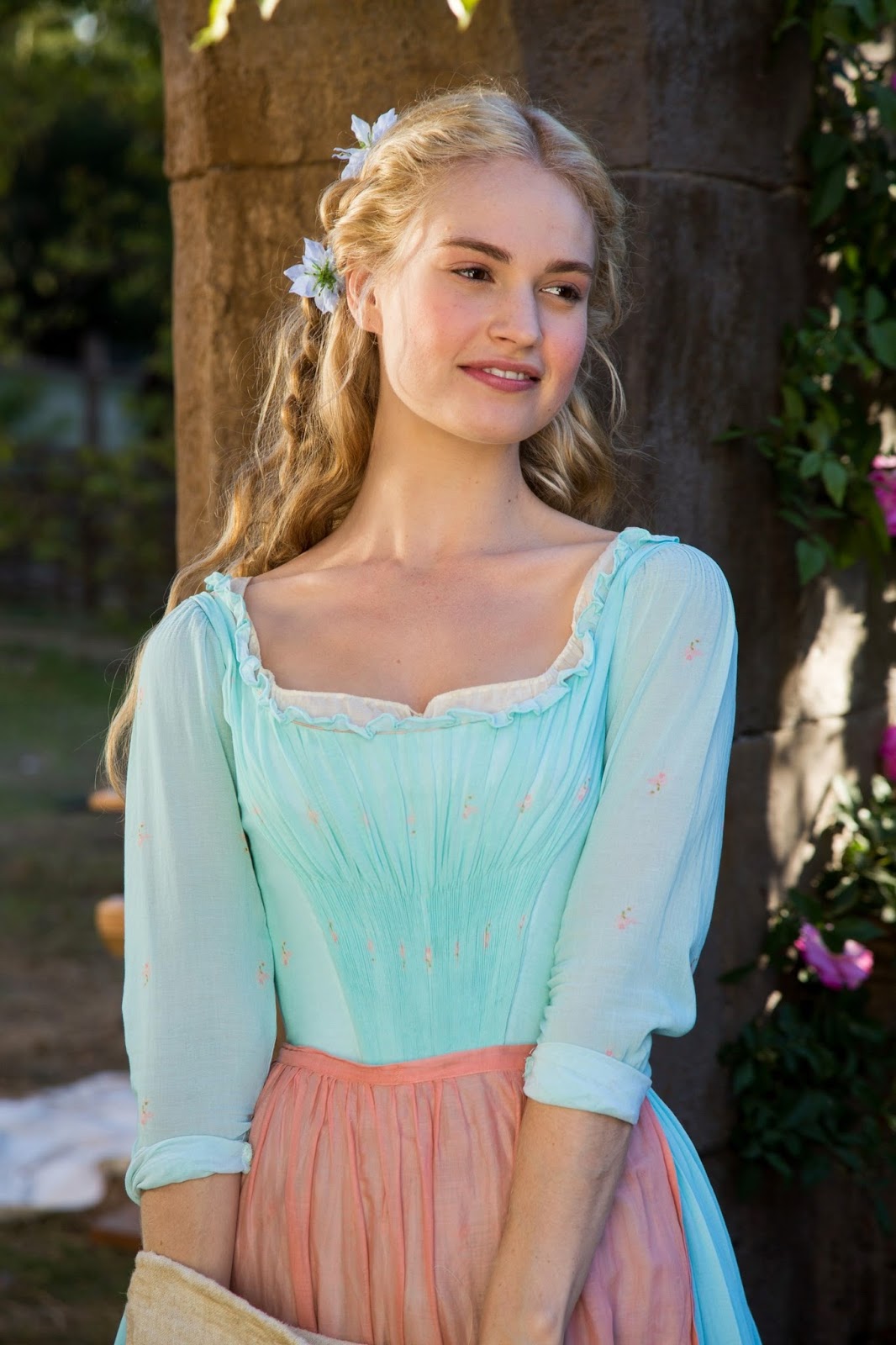 As I've said before, Lily James was my favorite portrayer of Cinderella that I've seen.  Drew Barrymore comes pretty close, but I do, overall, prefer Lily's version.  This Cinderella was sweet, but not (at least in my opinion) ditzy.  She did her best to keep her promise to her mother, and was very brave and gentle. 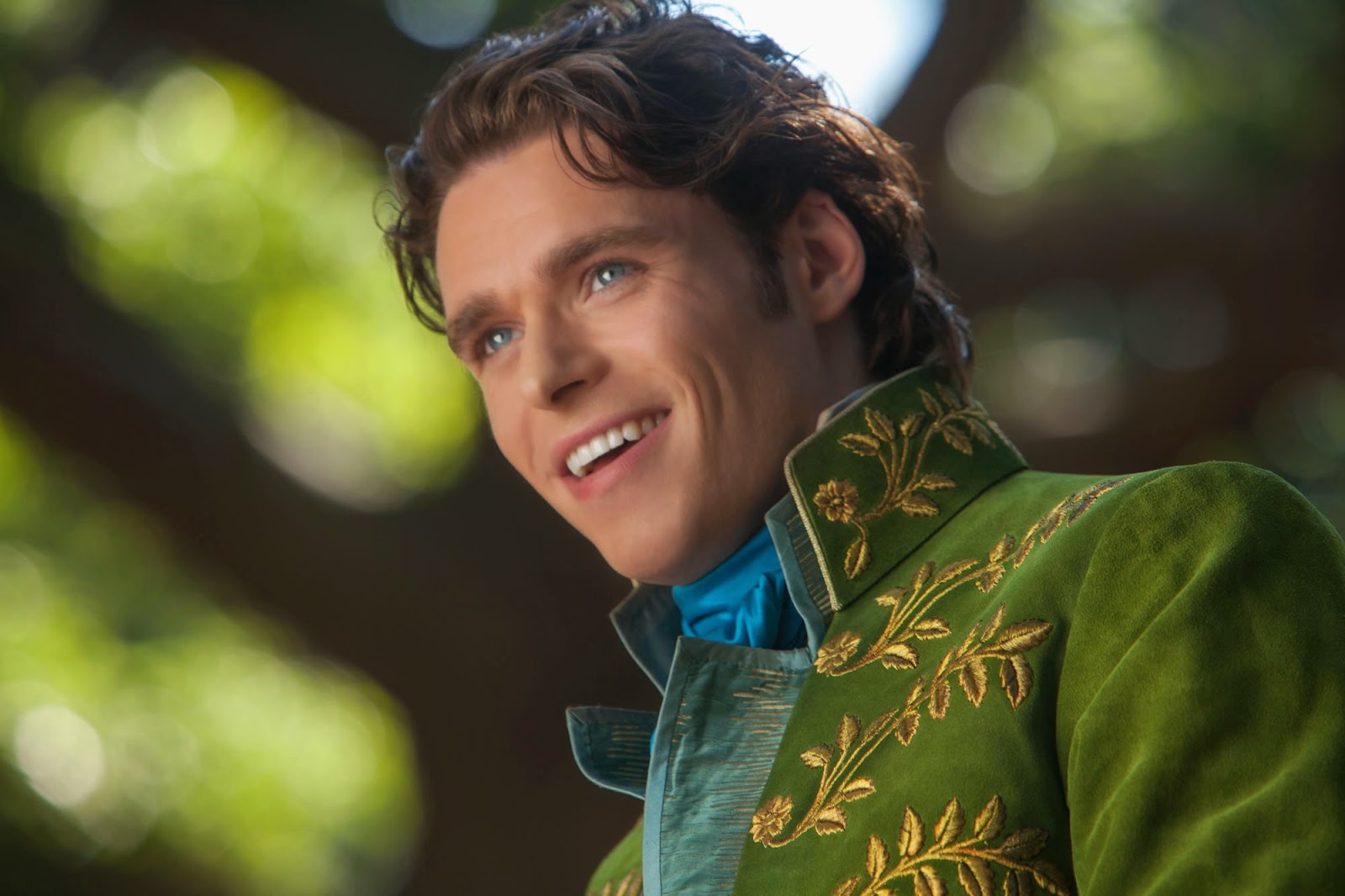 Richard Madden was a nice Prince (and look, he has a name!).  Kit was a bit…Ella-crazed *ahem*, but, after all, he was dealing with the character of "Prince Charming."  And let's be honest…the original Disney prince has basically no personality.  At all.  So, let's cut him some slack;)  I liked when he was arguing with both his father and Ella, and he'd keep interjecting, "You wouldn't." "I would!"  "You wouldn't."  Or, "I shouldn't."  "You should."  "I shouldn't."  "You should."  =D 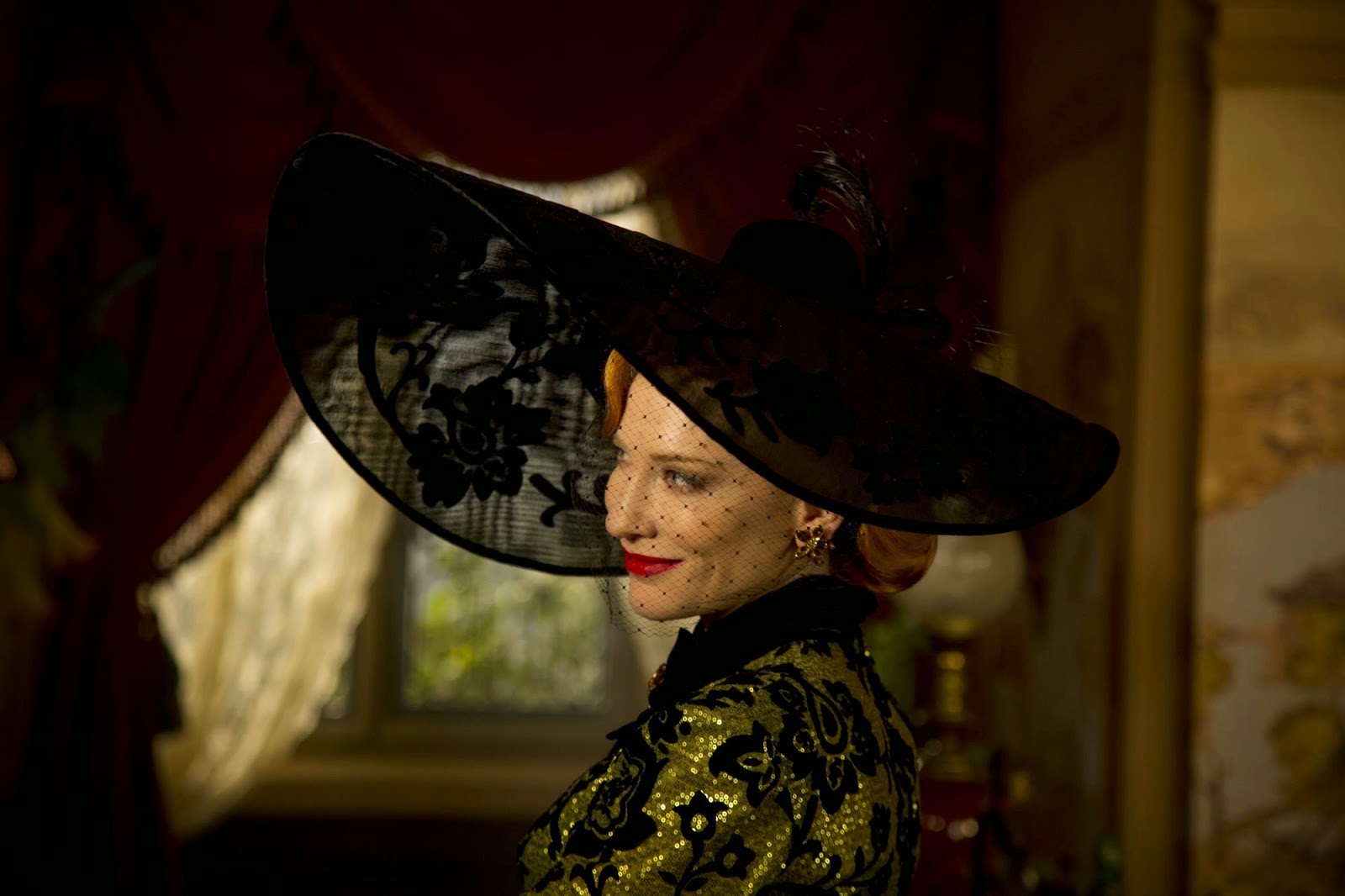 Cate Blanchett as the Evil Stepmother…*grin*.  She did a great job as well, providing a very complex and layered stepmother, for whom, at times, I was actually sorry. 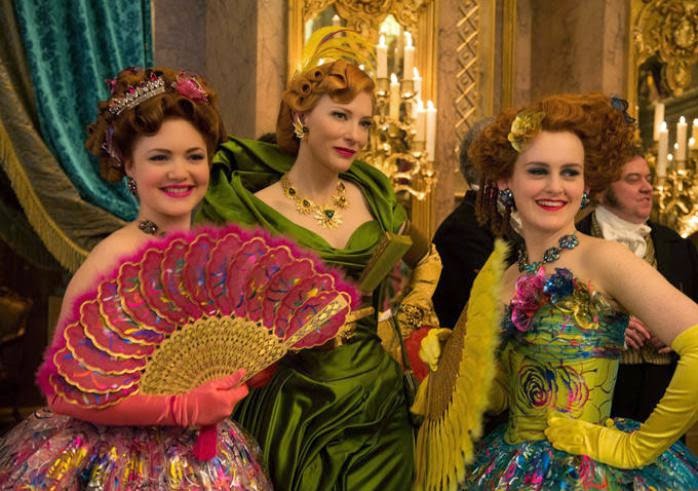 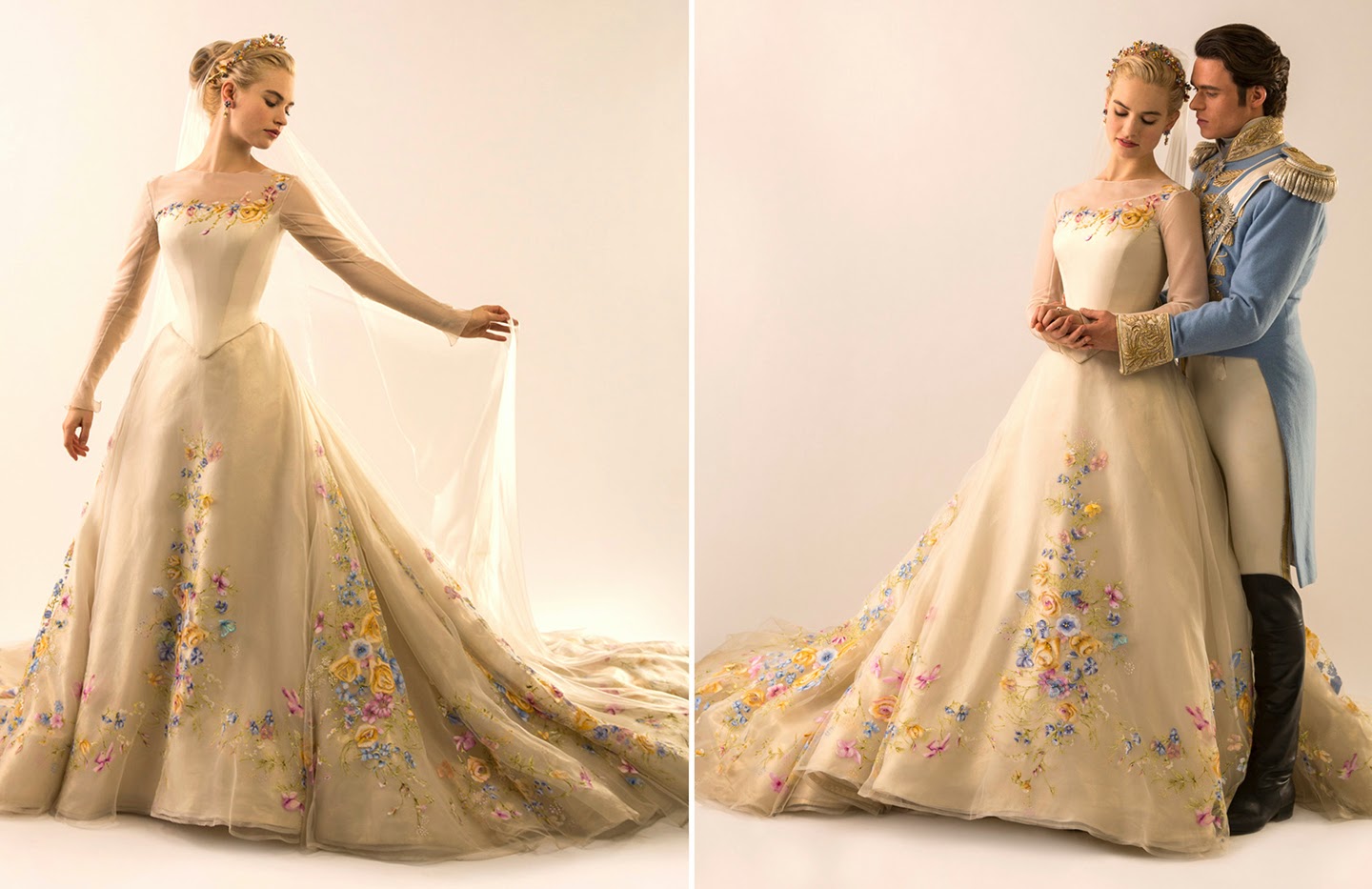 The costumes were well suited to the different characters, with the stepsisters' costumes being ridiculous and frankly ugly, while Ella's were sweet and simple.  Oh, and guys, THE BALLGOWN.  Look at this gorgeousness!

In short, to echo virtually every review of this movie out there, a sweet, magical movie with great acting, great costuming, and a great message.

'Til next time, people!  Have courage and be kind.