- June 08, 2015
Emma and Lois have both nominated me for the Sisterhood of the World Bloggers Award!  (Whew, that's a mouthful.)  Thank you so much, darlin's:D 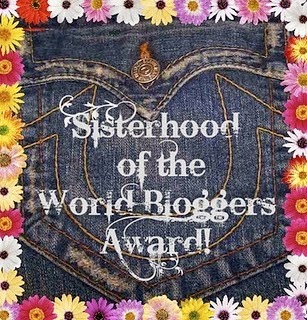 Rules
1.  Thank the blogger[s] who nominated you, linking back to [their] blogs.
2.  Put the Award logo on your blog.
3.  Answer the ten questions sent to you.
4.  Make up ten new questions for your nominees to answer.
5.  Nominate ten blogs.

(I don't think I'll be able to come up with ten blogs that haven't already been nominated, but we'll get to that later.)

2.  Were you ever in some sort of club as a kid?
I don't think so…I was in co-ops, but that's not really the same thing.

3.  What's one of the first movies you remember seeing?
Ah, I love those movies that take me back to the dear old days gone by forever when my brothers and I had a few that would just cycle in our movie-watching:D  One of those was Homeward Bound. 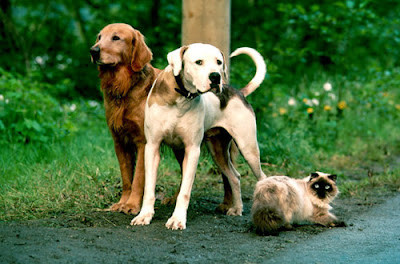 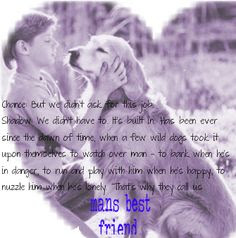 There are feels in that movie, peeps.  My mom cried every. single. time.  And, let's be honest, I probably will, too, at least internally, the next time I watch it.  Because:

If you've watched it, you know exactly what I'm talking about.  *sniffles at the happy*

4.  Which would you rather do:  hop in your old pickup truck and go for an unexpected adventure, or sit on the back porch with a good novel on a warm summer evening?
Yikes, that's tough!  My automatic answer would be the novel and the porch (because that would be awesome), but it'd also be really fun to take a drive to an unspecified location just for the sheer spontaneity of it, no?  The sense of adventure would kick in:D

5.  Do you enjoy live concerts?
Uh, well…not really, no.  Of course, I think the only live concerts I've ever attended have been choir concerts, but I'm not sure that I'd enjoy band concerts or artist tours.  I'd probably enjoy the music, but not so much the atmosphere:D

7.  Do you like country music?
Ahem.  'Bout that.  I like classic country fairly well, and bluegrass and such, occasionally (for instance, I love the song "Take Me Home, Country Roads").  Every so often I'll find a 'modern' country song that I enjoy, but it's pretty rare. 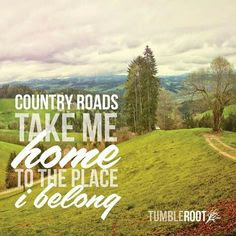 8.  If you could play any role in a musical, who would you choose?
'Enry 'Iggins.  Dead serious;-P

Hmm…probably either Christine Daaè or Eliza Doolittle.  Or Belle, or Galadriel…  It has to be a soprano part, because high notes:D  I think if I were able to hit the high E at the end of the song "The Phantom of the Opera" in a theater, I might just die of happiness;D  But Eliza is just SUCH a fun role, and then of course there's Belle and Galadriel…I can't decide!!!! 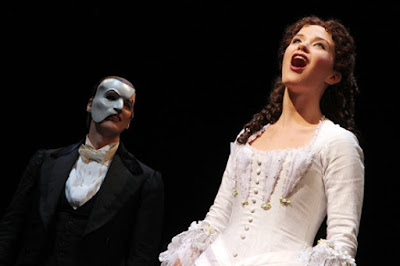 9.  Do you ever put your feet up on the dashboard when riding in a car?
Not that often, actually.  Hmm.  I wonder why that is…

10.  Can you tell us a funny story of something that happened to you in the last week/month/ever?
*flips through the memory files*  Hmm…something funny…well, I have a lot of little kids with whom I'm friends, and they never fail to be amusing:D  One time, I was conversing with a little girl named Klara (she was probably about six) and she was talking about one of her sisters, and said this:  "[My sister] calls me Phara because she can't enunciate yet."  I kid you not, she said that.  I mean, seriously, what six-year-old uses the word 'enunciate'?  Anyway, that probably doesn't sound funny, but you'd have to know Klara:D 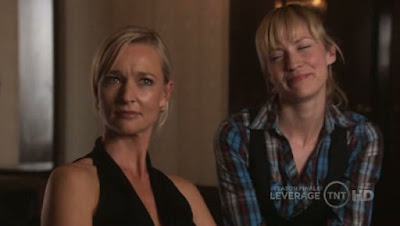 *heavy sigh*  I suppose I could probably say Robin Hood, but Leverage is also very dear to my heart.  As are Gilmore Girls and Call the Midwife and Lark Rise to Candleford, etc. 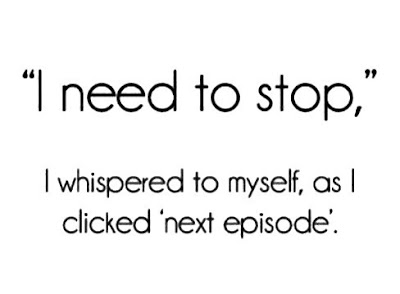 6.  How many kids would you like to have?  OR if you already have kids…How many kids do you have and do you want more?
Hmm…I haven't given too much thought to this.  But I think maybe three to five kids?  Of course, that hinges on whether or not I get married, and at the moment I don't really want to do so.  So…yup:D

7.  What is your favorite activity to do with your family?
Watch funny movies or tv shows!  It's such fun.  We laugh a lot, and then we have a ton of lines to repeat to each other at opportune moments;)

8.  What is your current school status?
I'd rather not reveal that at the moment, other than to say that I am still in a level of school.  But you don't get to know which one *wink wink*

I want to go to Disney World so. flipping.  badly. 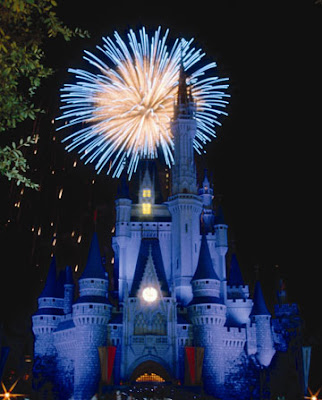 Now, I tag:
Paperdollmom
Abigail
Amanda
Laura
Meredith
Evie
…And anyone else whom I forgot because I'm tired;)

My questions
1.  What is one movie/tv dwelling place in which you would like to live?
2.  One character from a musical whom you really love?
3.  Is there a particular wardrobe item you find yourself wearing over and over?
4.  What is your favorite fruit?
5.  Top five TV shows?
6.  Do you like to listen to the radio?
7.  How many pets do you have, if any, and if you don't have any, would you like one?
8.  Do you like school?
9.  Are you more inspired by the mountains, the seaside, or the country?
10.  Do you enjoy poetry?

Go, those whom I've tagged.  Live your dream;)