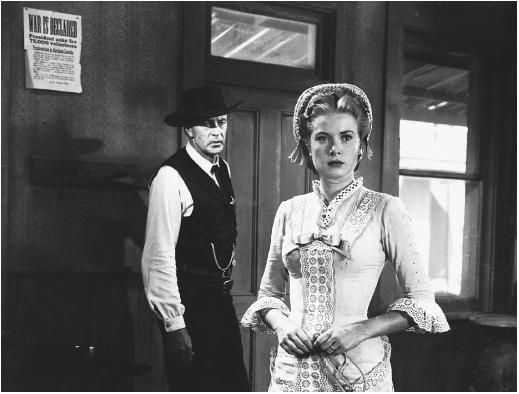 Being well aware that this news may not exactly enhance my popularity in the blogosphere, I give you full permission to not read this review :P  But it's not going to be a negative review, understand--it'll just be a mixed and undecided review, that's all.  I just don't want to be that person who "bashes" someone's favorite movie (even though I have no intention of bashing it).  So…yeah.  Read at your own risk and please don't hate me, what ;)

I enjoyed High Noon--really, I did.  It's just that it had certain, shall we say, quirks.  The cinematography itself was nearly flawless--the camera angles and use of chiaroscuro combined to create a dramatic, edge-of-your-seat sort of effect--and the acting was wonderful, as you'd expect from such a cast.  The problems for me arose within the story itself. 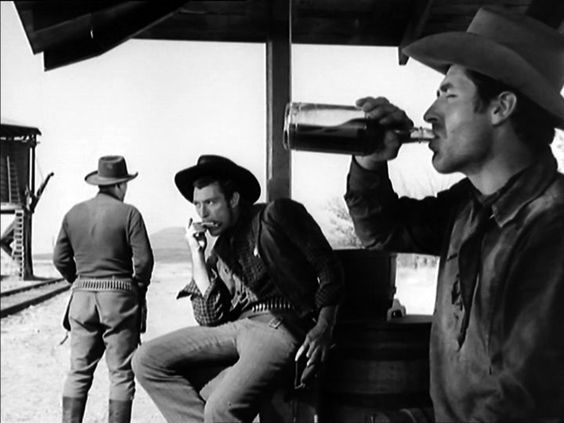 The plot posed several interesting moral conondrums, but only one or two were ever resolved, which left the film with a sort of unfinished, angsty feel.  (In my opinion, that is.)  High Noon is very centered around Gary Cooper's and Grace Kelly's characters.  Grace Kelly's Amy is slightly conflicted, while Gary Cooper's Will is basically perfect, the ultimate self-sacrificing hero who's willing to face his own fear for the greater good--which I respect, truly I do.  It's just that this heroism is achieved by the utter vilification of the entire rest of the townspeople...and it's just no FUN when there is literally only one morally correct, courageous character surrounded by a sea of lily-livered cowards--at least, not to me, not in this story.  On the other hand, though, the starkness of the contrast between Will and the town's men sort of reminded me--in a very, very minimized way--of Jesus, staying true to His merciful purpose  to save those who refused to stand by Him, even when they all deserted Him. 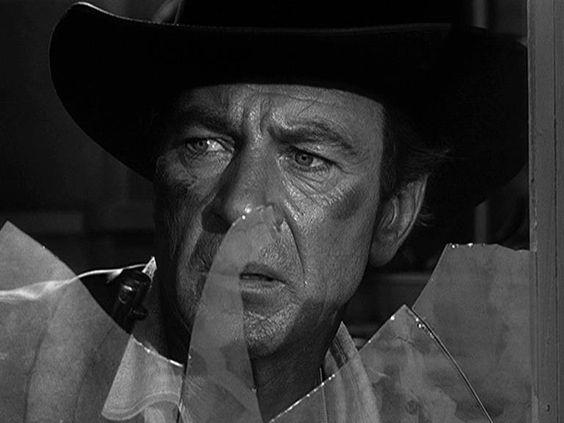 I keep thinking of this movie in contradictory possibilities.  For instance, the pacing.  There were what seemed like hours of actual screen time leading up to the climactic moment when the gang arrived in town "at high noon," and then when it actually came, it was all over in no more than five minutes.  (Speaking of the gang, what in tarnation was the ever-lovin' deal with Frank Miller?  For the gigantic fuss the man kicked up, he sure went down pretty easy; I'm just sayin'.  Was everyone scared of him because he was mentally unstable?  Or was he usually unstoppable in a fight?  I MUST KNOW.)  So, terribly disproportionate pacing or subtly brilliant depiction of how agonizingly long the build-up to a climax can be in real life, as opposed to how, when the event anticipated happens, it happens seemingly within the blink of an eye?  Irksome spotlight on one flawless character exalted above the common-folk, or powerful and realistic allegory?  I just can't decide.  And I'm really very sorry to have to own that, since I went into this movie  expecting to love it.  Even when watching it--with a quite decidedly unimpressed father and brother--I kept longing to be wowed by it.  I just…wasn't.  But I can still certainly see why it's such a favorite…it's just that for some reason the film didn't jibe all that well with me, which I think is a crying shame, since I really wanted to love it. 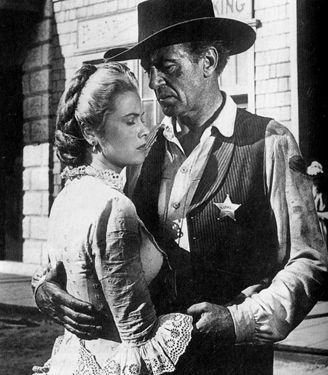 For all that, though, there really were moments in this movie that I did enjoy.  I loved that Amy and Mrs. Ramirez became friends despite their initial distaste.  I loved the relationship between Will and Amy, especially the part pictured above--after all that they'd been through together, that wordless hug was just SO DARN SWEET, as was their wedding at the very beginning.  Also, though my aforementioned partners in crime got very tired of how many times the theme song, "Do Not Forsake Me, Oh My Darlin'," played throughout the film, I rather liked it…though I do have to agree that it did play perhaps a bit too often.

This movie is good…it just didn't floor me like I expected it to, and there were a few things I would have preferred to have been done differently.  But I'd still recommend it--it's definitely an enjoyable experience, and the acting is superb.